Clarrie Wallis, curator of Mona Hatoum at Tate Modern, talks us through 3 pieces in the new retrospective

We've been looking forward to the new Mona Hatoum show which opens tomorrow at Tate Modern. Hatoum's artworks combine states of emotion and alienation with the formal simplicity of Minimalism, creating powerful evocations of displacement, denial and othermess.

Born in the Lebanon she was exiled to London when civil war broke out in the mid Seventies. She creates architectonic spaces which relate to the body, language and the condition of exile. The Tate Modern show is a retrospective of the work she’s created since arriving in London in 1975. Some of it features in our Contemporary Artist Series book Mona Hatoum and is explained in a series of interviews, personal writings and critiques. We urge you to get a copy before visiting the show as it will serve as a great explainer or introduction to her work

This morning we caught up with the Tate Modern's Clarrie Wallis and asked her to tell us about three of our favourite pieces in the show she and Hatoum co-curated. 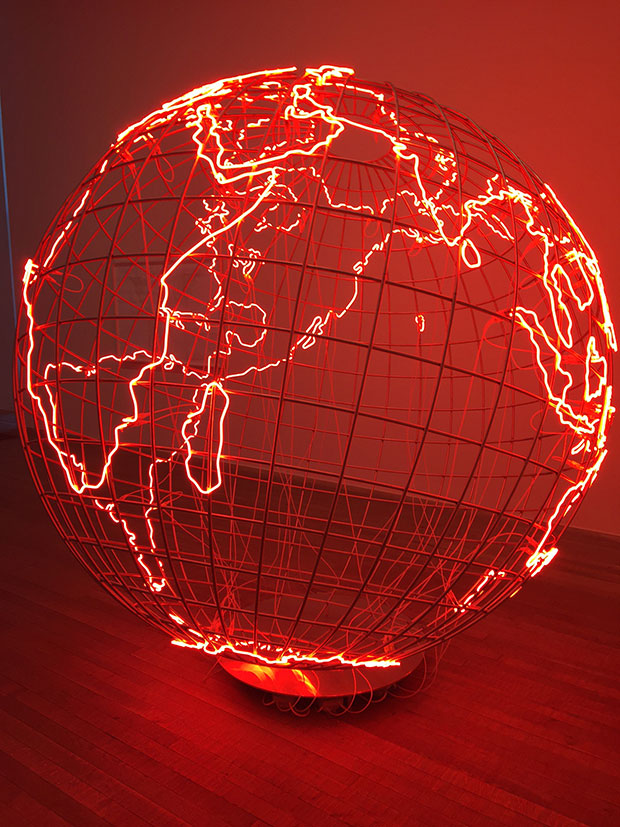 Hot Spot 2013 " This is one of my favourite pieces in the show. What is particularly important about Mona is how she is able to transcend local issues and create something that is universal. And this is really what this work is about. Mona talks about it being an idea of a world that is continually in conflict and unrest and the idea that it's a global situation, so it’s not really about the local, it’s about the universal. The term hot spot refers to a place of military or civil unrest. Using delicate red neon to outline the contours of the continents, the sculpture presents the entire globe as a danger zone – what Mona describes as a ‘world continually caught up in conflict and unrest’." 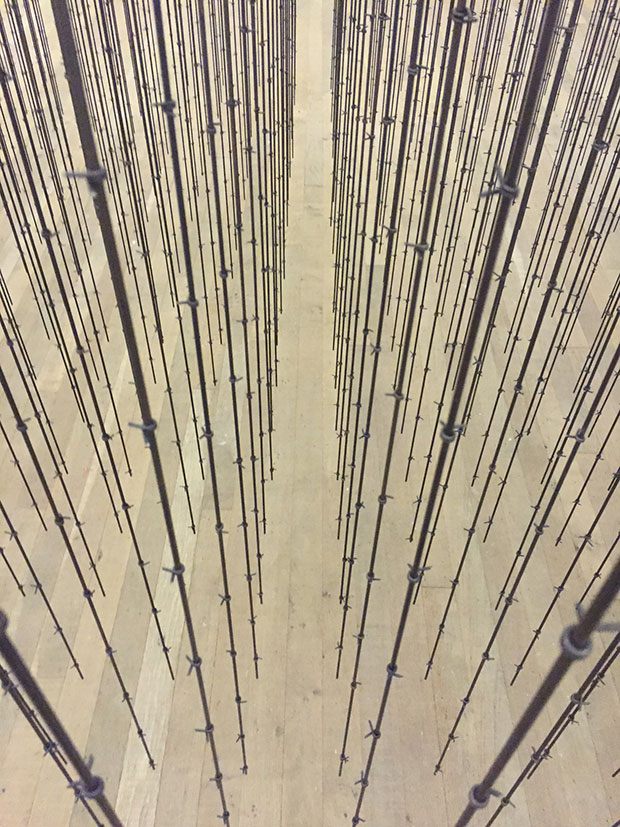 Impenetrable 2009 "This relates to a particularly tense time for her. Once again it shows Mona engaging with minimalism, minimal strategies. In it she is reimagining a late Sixties work called Penetrables, hanging cubes made from colourful rubber tubes by an artist called (Jésus Rafael) Soto. Here the cubes are dematerialised and reimagined. Although it looks very light and very elegant because it’s sort of levitating across the floor actually it’s made from rods of barbed wire – heavy with connotations of conflict and exclusion." 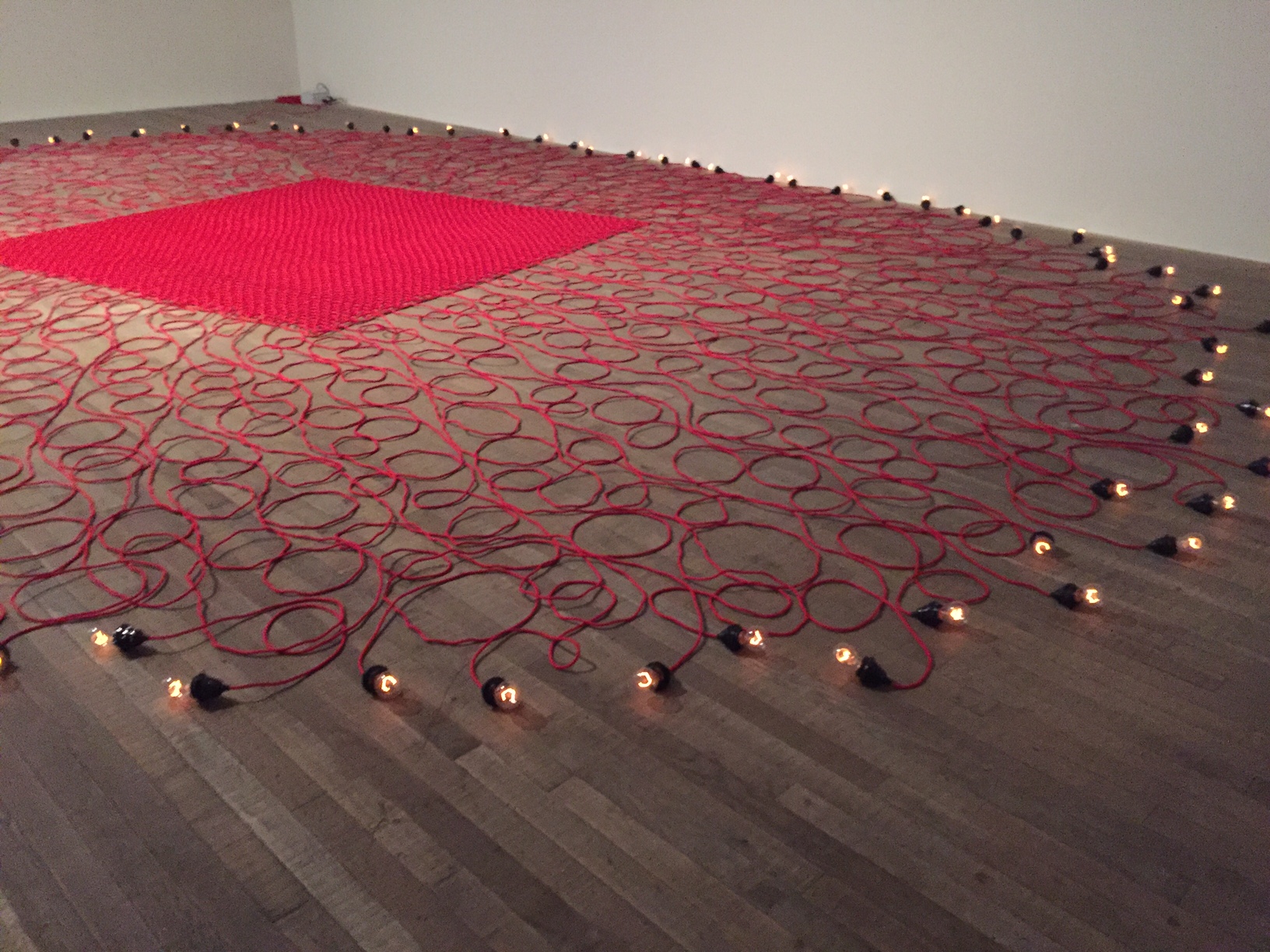 Undercurrent (red) 2008 " Here Mona has worked with electrical cables to create an extraordinary floor work which feels like it has a life of its own. It feels like it’s breathing and pulsating. So it feels like a very fitting and dramatic end to the exhibition (it's in the last room) and is very much in keeping with the ideas that have come before."

Want to know more about Hatoum's work? The distinguished art critic Guy Brett explores her key themes in our Contemporary Artist Series book Mona Hatoum. Hatoum herself describes a chronology of practice in conversation with Michael Archer, writer, curator and co-founder of London's Audio Arts sound archive. And Director of the Kanaal Art Foundation Catherine de Zegher makes a complex and provocative analysis of Recollection, a work she commissioned for a sixteenth-century beguinage.

Hatoum has also chosen a text by the influential Palestinian author Edward Said as well as a statement from the noted Italian post-war sculptor and performance artist Piero Manzoni. The book also includes Hatoum's own notes, statements and interviews. 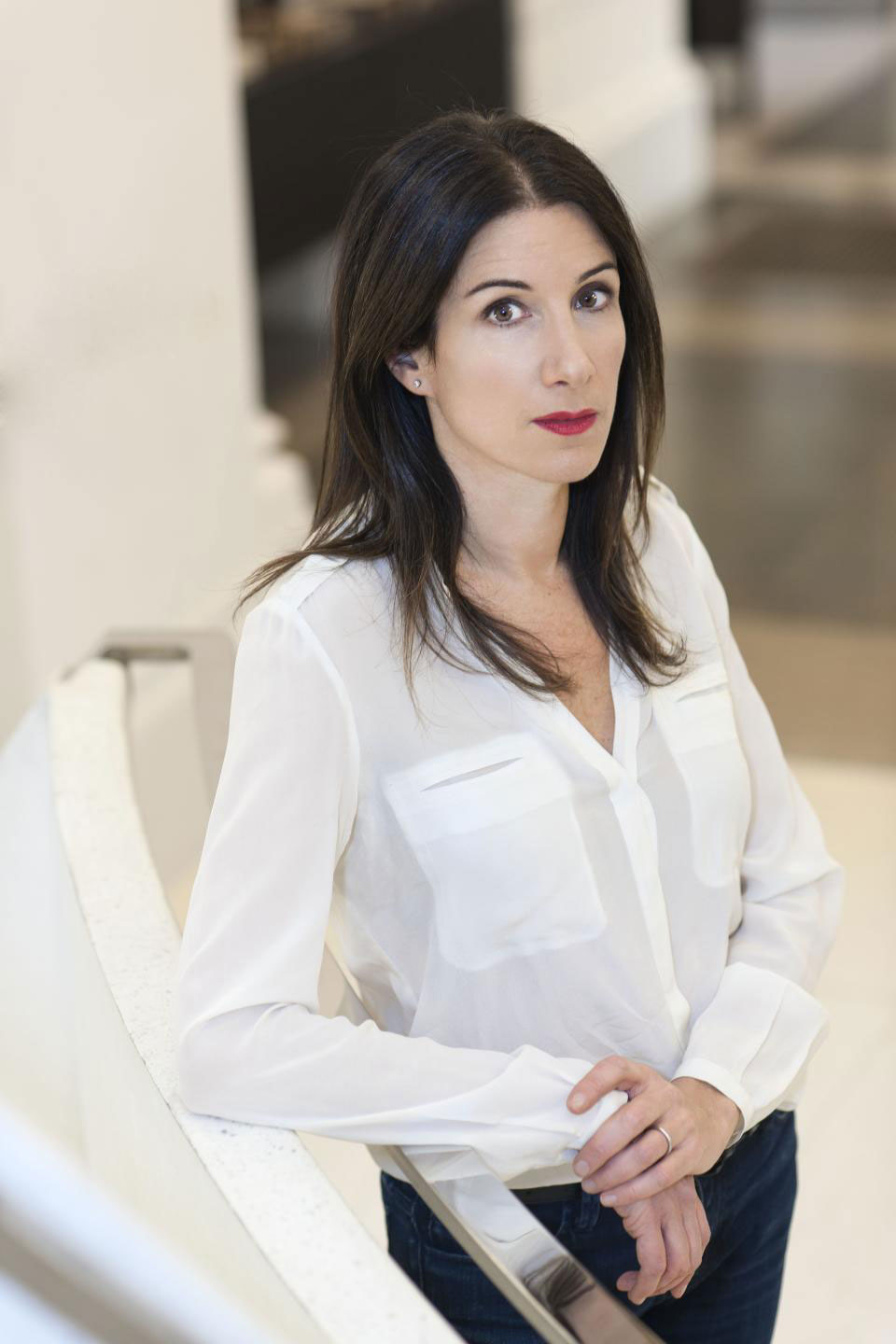 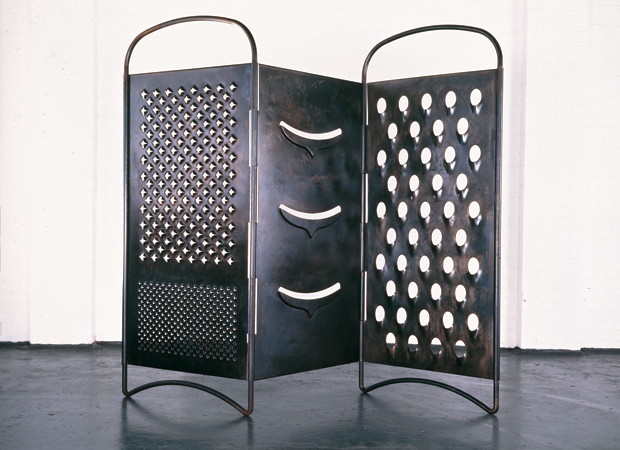