You might think that the young Chinese citizens who saw their hopes crushed in Tiananmen Square in June 1989 would welcome the frenetic, free-market state that has arisen since those demonstrations were so brutally repressed. Yet, any careful reading of our new Yin Xiuzhen monograph, the latest in our Contemporary Artists series, would rid you of such illusions.

The book is a superb introduction to the work of an artist whose spatial artworks reflect the social changes that have occurred in the People’s Republic of China since the 1980s - particularly, and most poignantly, those which have not been devised with the interests of the people in mind. 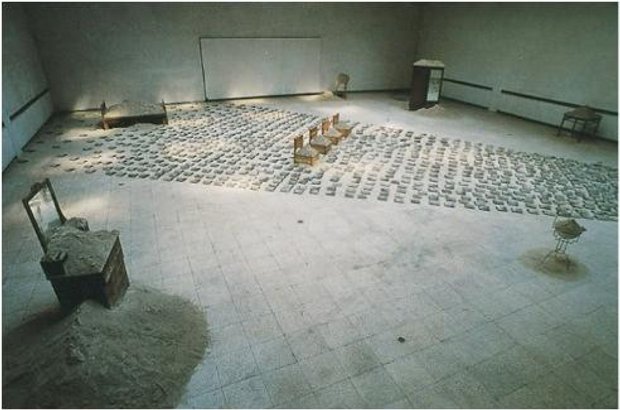 Having been charged up by the '85 New Wave movement, the avant-garde art scene in China was forced back underground following the brutal put-down of demonstrators in 1989. News of art events spread only by word of mouth and exhibitions were often closed down as soon as they began. However, this only added to the electricity of the artistic atmosphere and stoked the passions of artists like Yin who would not be denied.

In 1995, she made one of her most famous installations, Ruined City, which, the following year, went on view at Capital Normal University Art Museum, one of the few places available that would stage such a work. At this time, there was a drive to modernize Beijing, which meant the driving out of longstanding inhabitants as old buildings were demolished to make way for the new. As the homes of ordinary people were destroyed, so were the memories, culture and history they had accrued, sometimes over centuries, as communities were forced to pick up their broken lives on the periphery of the city. 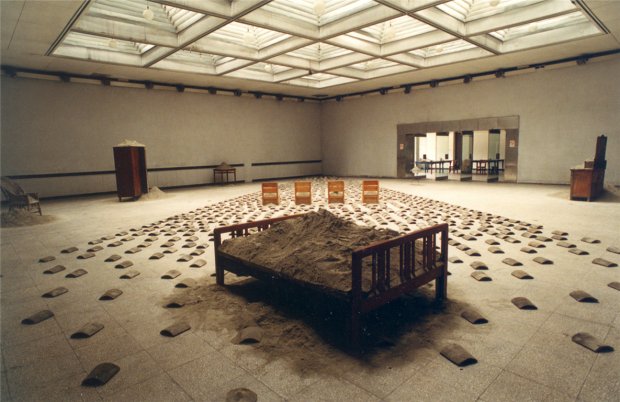 Ruined City starkly and with a rather desperate poignancy, reflects the brutal indifference of Chinese modernisation. It features bed frames, dressing tables, wardrobes and other humble items of furniture covered in cement powder, which looks as if it has been dumped from on high. The materials were taken from actual demolished homes or borrowed from family and friends, the powder taken from a construction site and returned after the exhibition closed - it ran for just a few days but helped seal Yin’s reputation.

Who knows what new buildings that cement ended up in, yet Yin’s Ruined City, though a temporary creation, remains a powerful reminder of the Beijing that once was, and the capital it has since become.

If you'd like to learn more about the work of this important artist buying a copy of our new Yin Xiuzhen monograph is the best way to start. You'll find it here.

More on Take a trip through Yin Xiuzhen’s Ruined City 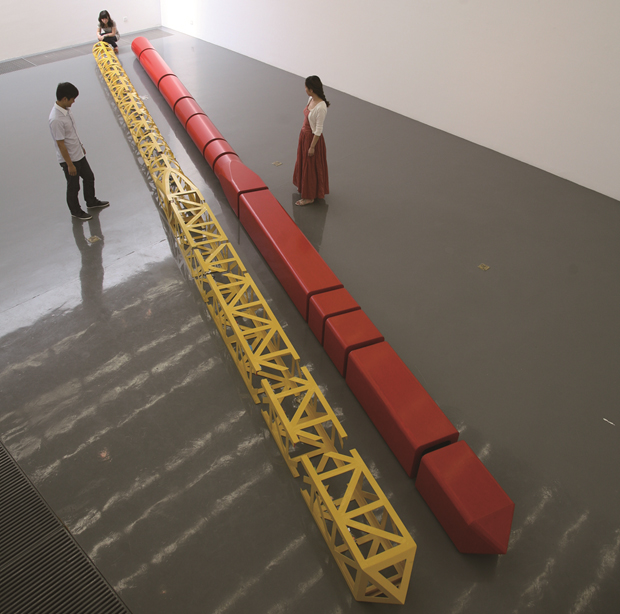 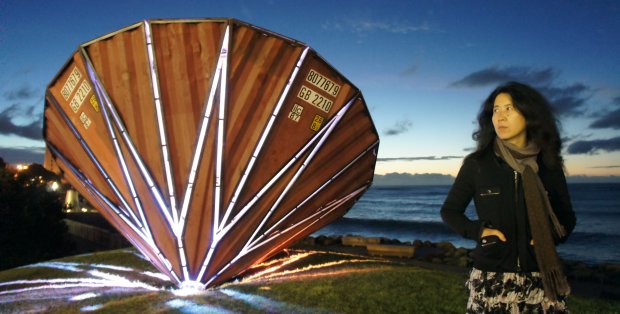