What to expect from Simon Starling at The Tate

The artist is the second annual Tate Britain commission. What will he bring to the Duveen galleries?

Last October Tate Britain invited Simon Starling, Turner Prize winner and Phaidon author to develop its second annual Tate Britain Commission. The Commission, sponsored by Sotheby's, is an invitation to make new work in response to the Tate collection, "highlighting the continuum of visual and intellectual ideas between historic and contemporary art."

Starling is the second artist to be chosen for this new annual commission; 2012's commission from Patrick Keiller, The Robinson Institute, received good reviews.

So, what can we expect from Starling? Well, The Tate dropped a few hints last month, when it issued a statement asserting "Simon Starling is fascinated by the ways man-made objects come into being, from the humble shed to a Fiat car or a Francis Bacon desk. In his artworks objects are transformed, taken on epic journeys or manipulated to expose the rich and fascinating histories about their fabrication and the network of economic and geographic relationships they embody. This process of metamorphosis culminates in film, photography and installation."

Keiller's exhibition displayed the new work alongside pieces from the Tate's collection, and so the commission sort of asks artists to take on curatorial roles. Keiller's exhibition traced an imaginary walk through the English countryside, and icluded works by LS Lowry alongside those of Ed Ruscha, Andreas Gursky, Jackson Pollock, Andy Warhol. 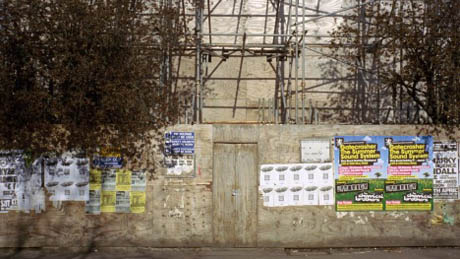 Still from Robinson in Ruins (2010) by Patrick Keiller

Starling likes journeys too, though his wanderings tend to have more of a factual basis. For Tabernas Desert Run (2004), the artist built an electric bicycle, travelled 41 miles across the Tabernas Desert in Spain, and then used the water produced by the bike's electric engine to paint a picture of the local Opuntia cactus.

Will the Tate commission call for similar exertion? Well, at the moment, Starling seems to be more preoccupied with the inner space of the gallery itself. He said, "for me, taking on a space like the [Tate Britain's] Duveen Galleries means stepping into a sort of occupied territory, one that is already cluttered with images and ideas from the past. It's from this historical soup that the commission will I hope emerge." We hope so too.

Starling's work will be revealed 12 March 2013 and will remain on show until 20 October 2013. If you can't wait, then consider our Starling book. It's the artist's first comprehensive monograph and its brilliant. 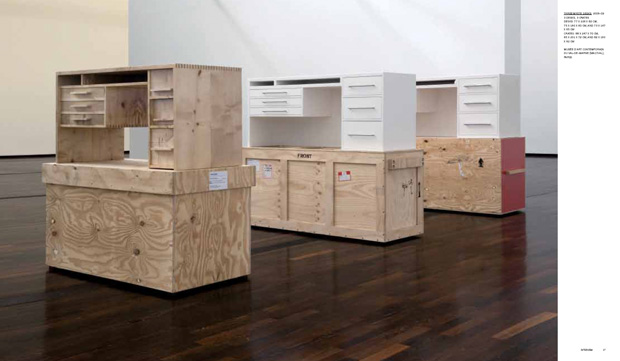 Spread from our Simon Starling book

When Marcel Duchamp shipped Constantin Brancusi's sculpture Bird in Space to Edward Steichen in 1926, New York customs officials refused to accept that it was a work of art, instead levying the standard import tariff for a manufactured object. A legal battle ensued, with the courts eventually declaring Bird in Space an artwork and therefore exempt from the tariff. Seventy-eight years later, visitors to Simon Starling's exhibition at New York's Casey Kaplan Gallery were confronted with Staling's own Bird in Space (2004): a two-ton slab of steel from Romania (Brancusi's country of origin) leaning against the gallery wall and propped up on three inflatable cushions. The United States had recently introduced a new import tax of twenty per cent on foreign metals, which Starling circumvented by labelling this unaltered chunk of European steel a work of art. Its plinth of cushioned air not only introduced a second, more representational valance to the work but also brought to bear the traditional sculptural parameters of weight, gravity and balance.

Starling's art frequently traffics in deception. It also traffics in traffic, meaning the circulation of goods, knowledge and people (usually the artist himself).  Many of his works circle back on themselves, taking an idea on a journey that ends at its point of origin. Wilhelm Noack oHG (2006), for example, is an elaborate helical steel structure designed to loop a thirty-five-millimetre film of the workshop in which it was fabricated. The circuitous path that the film takes through the towering metal structure is the perfect visual metaphor for the work's own circular logic, a self-regulating system that adds up to much more than the sum of its parts.

Starling is a key figure in one of contemporary art's most significant recent developments: the linking of artistic practice and knowledge production. Although this tendency flourished with Conceptual art in the 1960s and 1970s, in recent years it has taken on a new intensity. Unlike the Conceptual artists, however, many of whom strove for a language-based dematerialized art, for Starling the object is always at the work's heart. Economies, ecologies, coincidences and convergences are all simply means to an end - although 'simply' may be the wrong word to describe the transformation of thousands of miles of travel and hundreds of years of history into a single sculpture, film or photograph.

Starling's other predecessors are the Land artists, such as Robert Smithson, with whom he shares a fascination with entropy and other natural forces. But he is truly an artist of the current age, setting out to understand and illustrate the complex processes through which the natural and human-made realms interact. The five platinum/palladium prints that constitute One Ton (2005) show a single view of a South African platinum mine. Together the five prints contain the precise amount of platinum salts that can be derived from one ton of ore, succinctly illustrating the enormous amount of energy required in the extraction of precious metals.

Born in England in 1967 and now living in Denmark, Starling has been the subject of solo exhibitions at museums around the world, including the Hiroshima City Museum of Art (2011), Kunstmuseum Basel (2005) and the Museum of Contemporary Art in Sydney (2002), and his work has been featured in major international group shows, such as the Venice Biennale (2009), the Moscow Biennial (2007) and the São Paulo Biennial (2005).  Awards include the Turner Prize (2005), the Blinky Palermo Prize (1999) and the Paul Hamlyn Foundation Award for Artists (1999).

In the Survey, Dieter Roelstraete presents a comprehensive overview of Starling's work, examining circularity and serendipity and the their relationship to historical research. For the Interview, Francesco Manacorda and the artist discuss the central role of time in his work. Janet Harbord's Focus scrutinizes Wilhelm Noack oHG (2006) as an example of material cinema. Artist's Choice is a extract from Flann O'Brien's 1996 novel The Third Policeman, a fantastical conversation about bicycles swapping atoms with their riders. Artists Writings include five project statements, all of which consist, in varying proportions, of history, science and speculative fiction. Specifications:


On the Contemporary Artists Series

More on What to expect from Simon Starling at The Tate 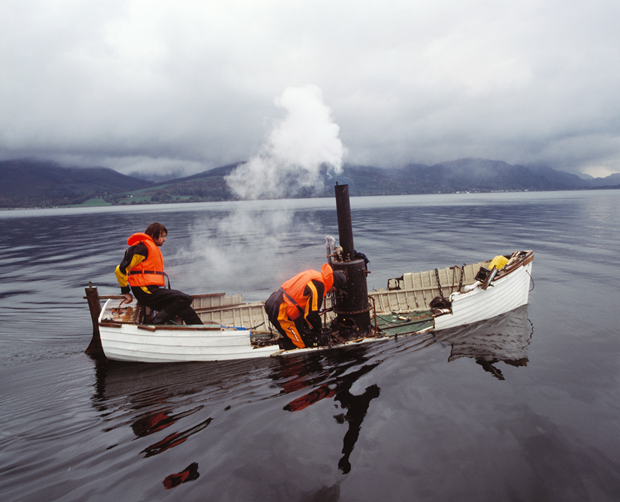 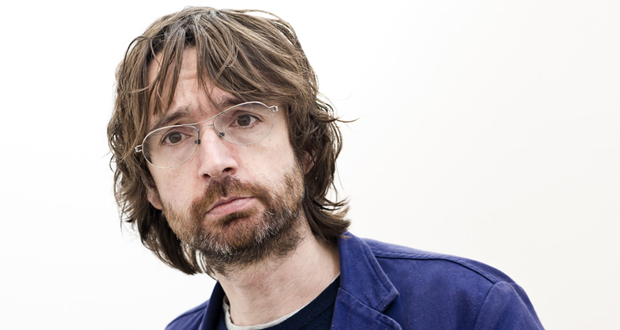 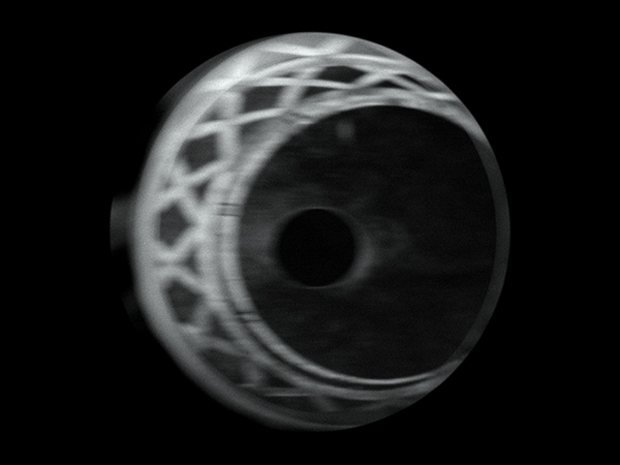 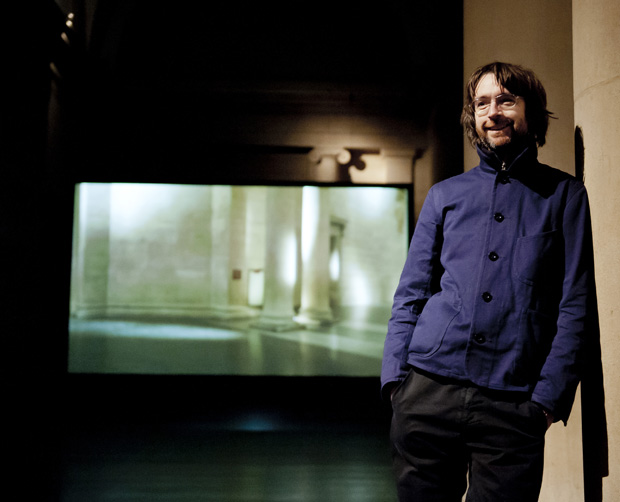