Which architect got on well with the Bauhaus and the White House? Who, despite being an early supporter of Nazism, would go on to design and build a nuclear facility in Israel? Whose art collection stretched from Paul Klee to Keith Haring? And whose Rolodex included contact details for Warhol, Jackie O, John Cage and Mies van der Rohe?

It was of course the American architect, curator and public figure Philip Johnson, whose long and fruitful career "connected so strongly with the spirit of his times" that it practically constituted an aesthetic history of the United States in the twentieth century, according to Ian Volner in our spectacular new publication, Philip Johnson: A Visual Biography.

Born in 1906, the third of four children born to wealthy parents in Cleveland, Ohio, the book covers his early travels abroad, when his stocks in Alcoa, an aluminium supplier, soared, enabling Johnson to stay in the best hotels and keep the best company.

A passion for great buildings and high society remained with the architect throughout his life. Volner’s comprehensive and meticulously illustrated book, features early works by Johnson, such as a crisply conceived apartment dating from 1934 for his friend, philanthropist and arts patron, Edward Warburg, right through to his posthumous, postmodernist towers, some of which topped out in the late 1990s.

View from the south-east of the Glass House, New Canaan, Connecticut, 1949. © Ezra Stoller/Esto

Volner’s new book details Johnson’s most famous works, his 1949 home, The Glass House in New Canaan, Connecticut, for which Johnson drew on his familiarity with and appreciation for the German architect Ludwig Mies van der Rohe; as well as his work on The Seagram Building in New York, the Manhattan tower block that one critic called “the millennium’s most important building,” which Johnson completed in concert with Mies van der Rohe, in 1958.

There are also countless additional designs, including many additional structures for Johnson’s own New Canaan estate – as the New Yorker’s Calvin Tomkins once put it, “from the beginning of his career, Philip Johnson’s best client has always been Philip Johnson,” – as well as later landmarks, including the postmodernist AT&T Building – which Volner characterises as “Chippendale on Madison.”

The book also takes in Johnson’s prodigious work as a curator and promoter of architectural talent, staging groundbreaking exhibitions at the Museum of Modern Art in New York, many of which drew both condemnation and praise, yet all of which pushed forward architectural aesthetics in the United States.

Interior view of the Crystal Cathedral, Johnson/Burgee Architects (from a concept by Eli Attia, an architect within the firm), Garden Grove, California, 1980. Julius Shulman

Volner does not shy away from recording Johnson’s unfortunate pre-War support for Nazism, as well as the architect’s enduring support for some of the Third Reich’s key figures, including Albert Speer.

And there’s more than a little tasty gossip in Volner’s book; he characterizes Johnson as “American architecture’s greatest chinwag-exhibitionist.” 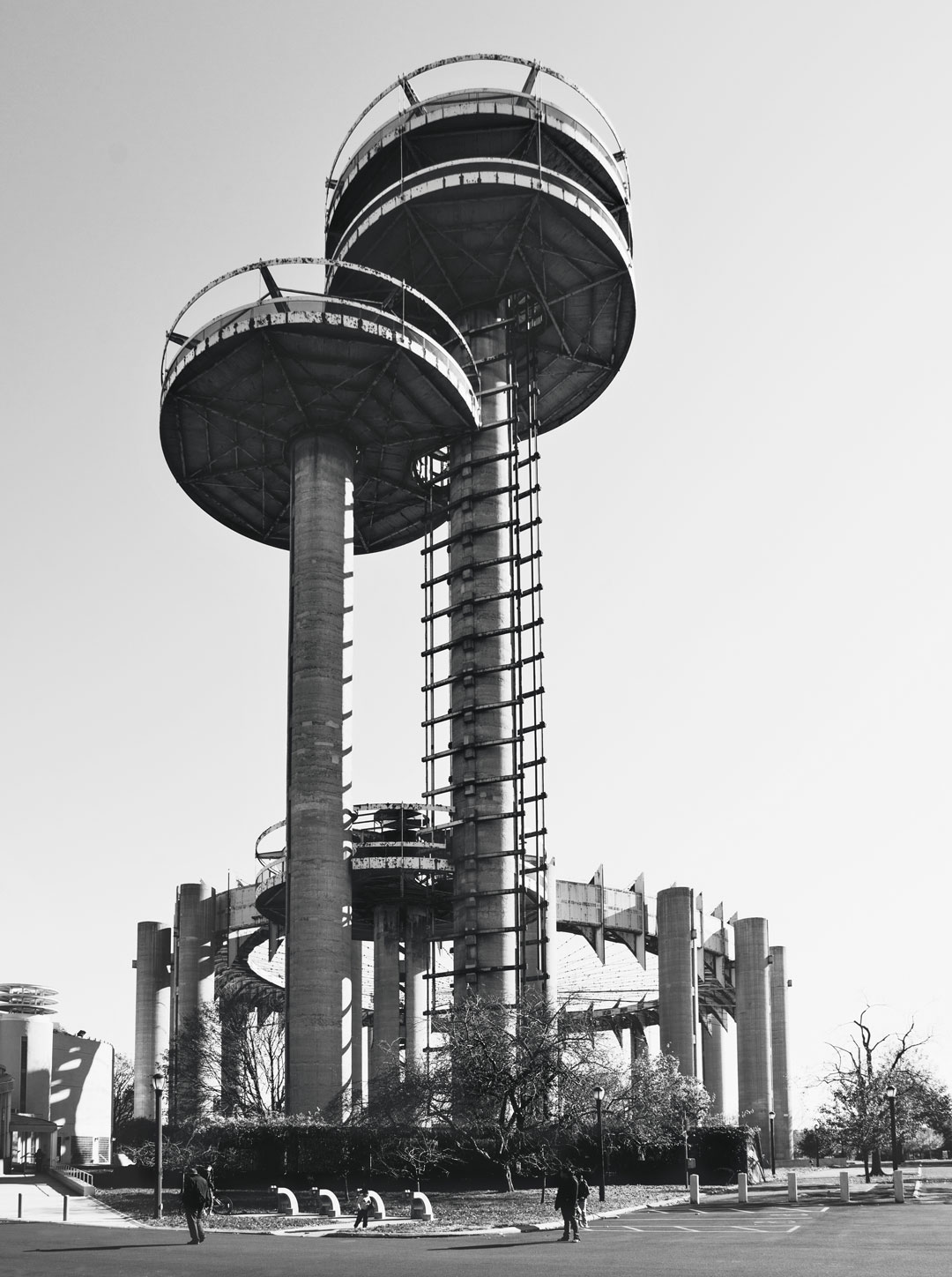 North view of the New York State Pavilion by Philip Johnson and Richard Foster, New York, 1964, with the observation towers in the foreground. © Ezra Stoller/Esto

Yet Volner is also sincere in his praise for Johnson’s aesthetic abilities, not only within the architectural sphere, but also as a collector of art. His collection ran from early European modernism right up to minimalists including Donald Judd and Frank Stella, as well as 1980s figures such as Keith Haring.

A changeable, engaging and creative architect, Volner never makes strong claims for Johnson’s unimpeachable greatness, yet he does recognize Johnson’s importance within the culture of his times. 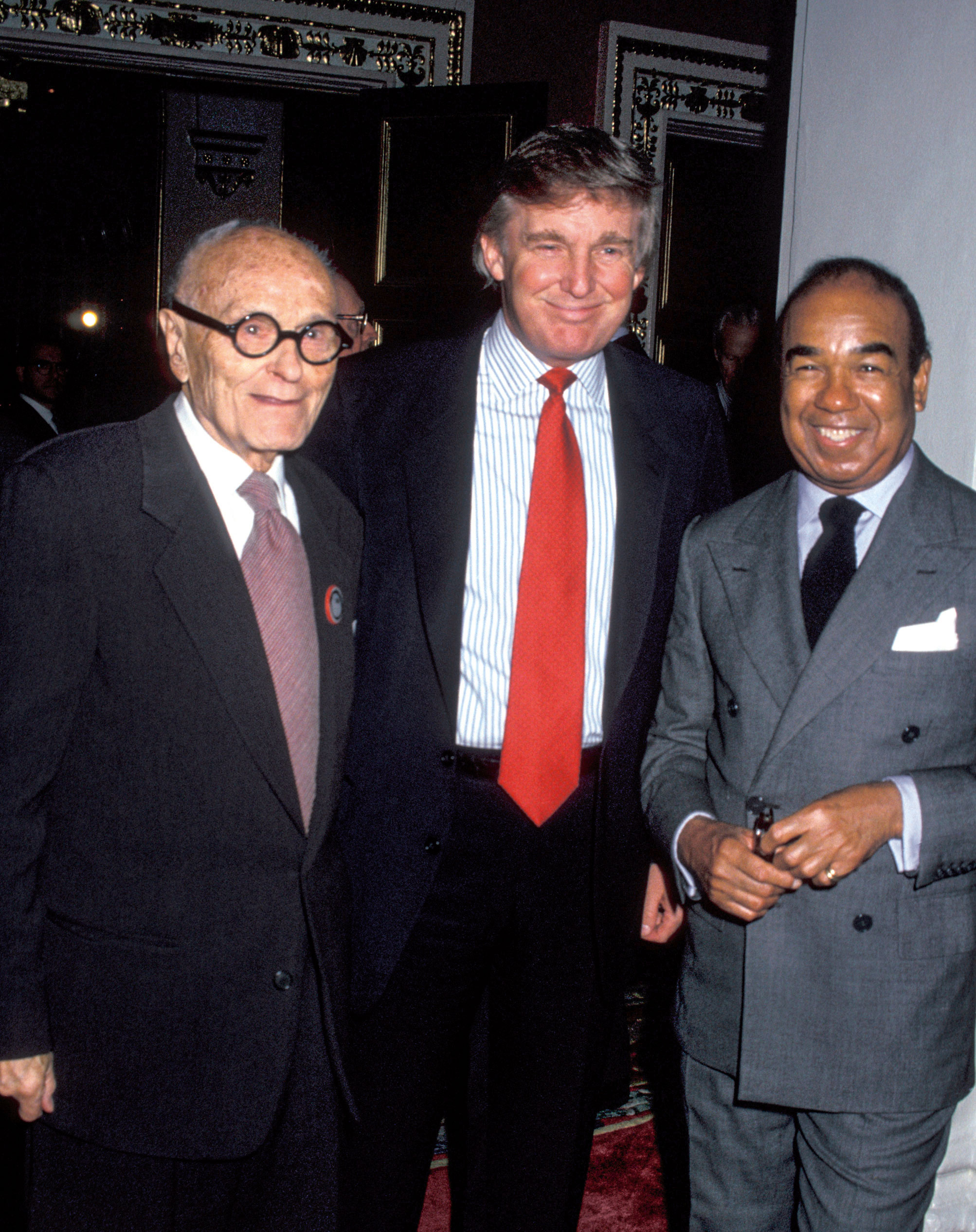 “Philip’s greatest contribution to the American design scene was his capacity to act as an ambassador for the profession as a whole, at a time when the nation’s economic power and prestige meant that its architecture was poised to become the global standard,” he writes.

“Philip was, as critic Paul Goldberger once observed, ‘by no means the greatest architect of his time’ but ‘surely the greatest architectural figure,’” the author goes on to state. “That may sound like a slight to the buildings, but in truth it only places them on a different tier, instruments in a wildly ambitious cultural project: with his designs, Philip would announce a new direction for the field; then, using his status as arbiter extraordinaire, he would set about fulfilling his own prophesy, inveigling wealthy patrons and promoting younger architects who would advance the cause. In Philip’s absence, it is unclear whether American architecture in the twentieth century could truly have come into its own, with as much diversity and creative vigor as it did.” 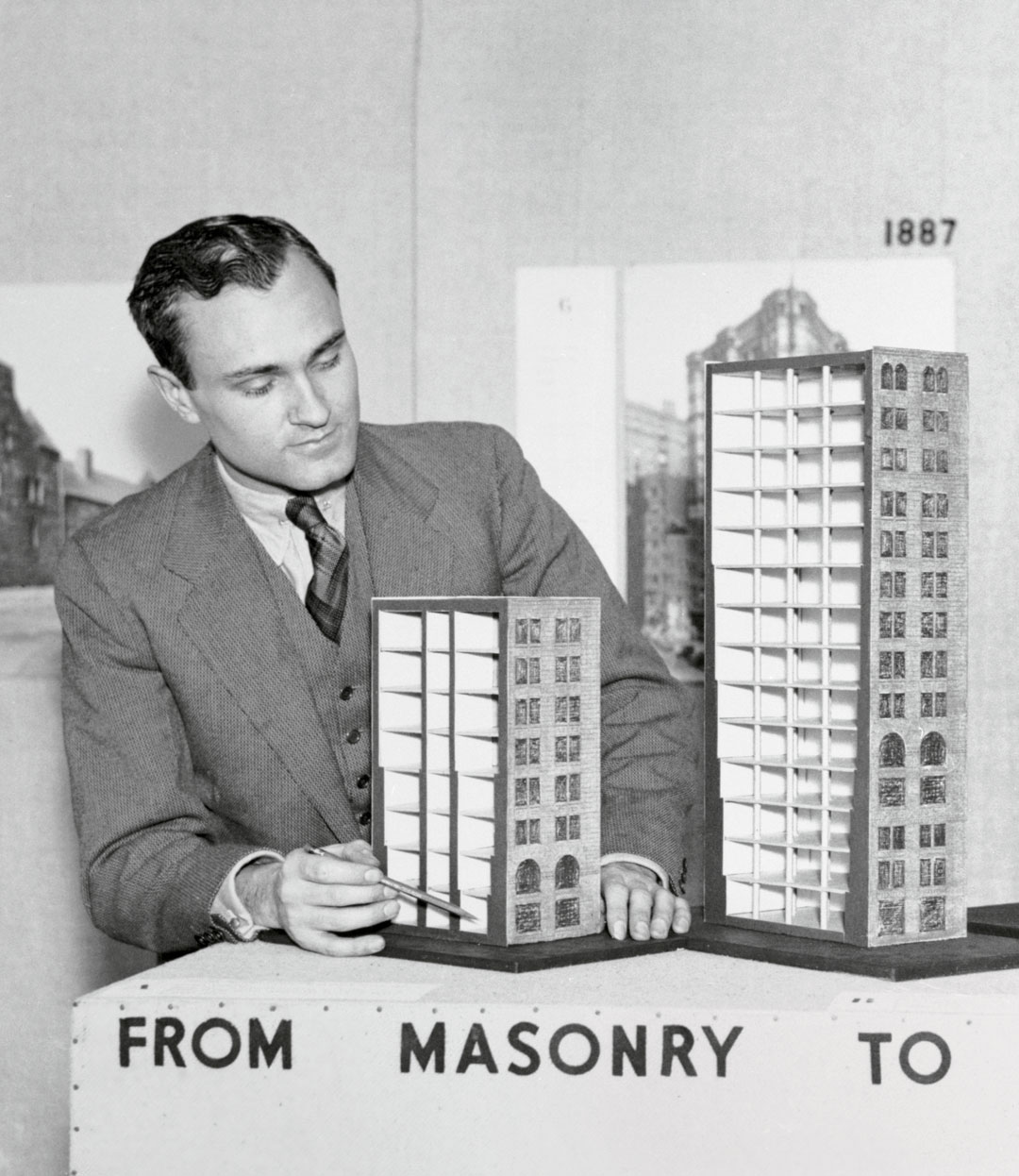 Philip Johnson with models demonstrating the evolution of the skyscraper from masonry to steel [detail]. Bettmann via Getty Images

This role was something Johnson himself not only recognized, but reveled in. “I love the give and the take and the prophesying what’s happening and catching onto the next,” the architect is quoted as saying in the book. “History’s in the making. To be in on it is my biggest pleasure.”

Want to be in on it too? Our new book traces Johnson's seven decades of larger-than-life influence, innovation, and controversy in the realm of architecture and beyond. Hundreds of images and documents, many published here for the first time, trace the remarkable life and career of a true legend. See, read and understand that life in our new book, Philip Johnson: A Visual Biography, by ordering your copy here.

More on All you need to know about Philip Johnson: A Visual Biography