For most people, contemporary Thai architecture is more usually associated with high-end glass and steel style structures or, in the more conservative mind, simple wooden ones. Yet Bangkok architects Onion have eschewed both of these approaches in their designs for a boutique hotel. They’ve turned to red brick for much of Sala Ayutthaya hotel in Ayutthaya, an ancient settlement and popular tourist destination 50 miles north of Thailand’s capital. 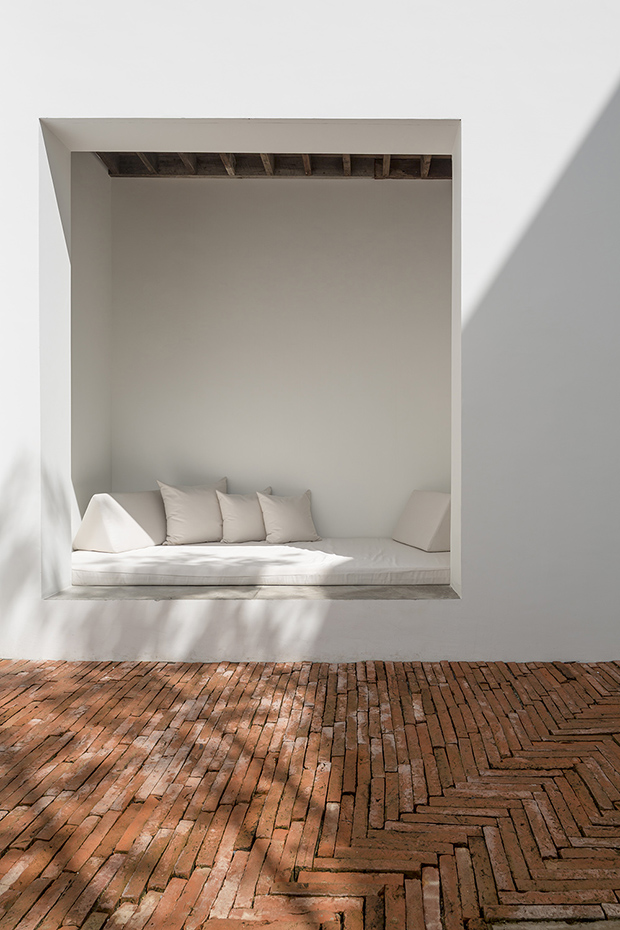 Onion built a pair of meandering brick walls to create an intriguing, narrow passage way through to the hotel complex. This route serves a number of functions: at a certain time of day – 11am to be precise – the position of the sun means that a section of the passage is completely in shade.

“We designed the curved brick wall because of its shadow,” explains Siriyot Chaiamnuay, Onion’s design director and co-founder. At the same time, the route, which starts at the street-facing reception, conceals and then reveals views of the Chao Phraya river and the old city on the far bank. The jewel in the crown of that vista is the Putthai Sawan Temple, from 1353 AD. 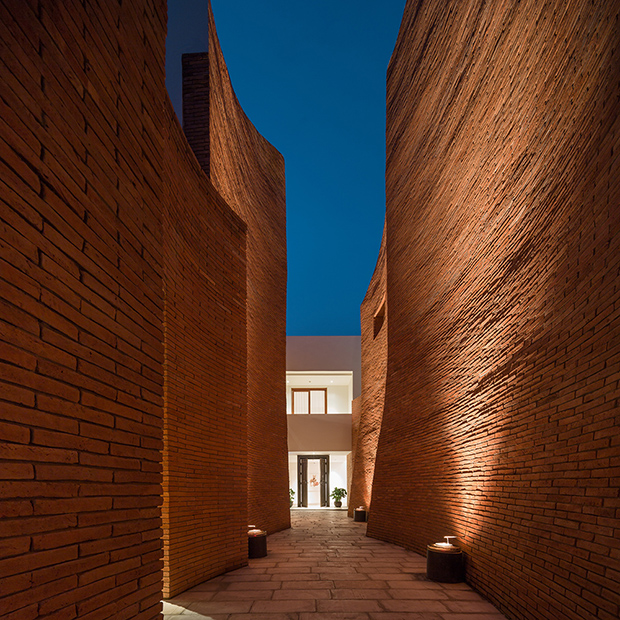 Onion was founded in 2007 by its design directors Arisara Chaktranon and Chaiamnuay, who had worked at Zaha Hadid's practice in London. Sala Ayutthaya is part of the eight-strong chain of upscale hotels and spas owned by Sala Resort Group. The rest of the 3500 square-metre hotel is beautifully appointed with crisp white walls and marble, hidden swimming pools, a bar and restaurant and 26 luxurious suites.

The people at Onion, of course, are not alone in investigating the beauties of brick. William Hall, the author of new book Brick says "there's a comforting honesty" to the material, pointing out that "a brick is after all just earth - the humblest thing imaginable." 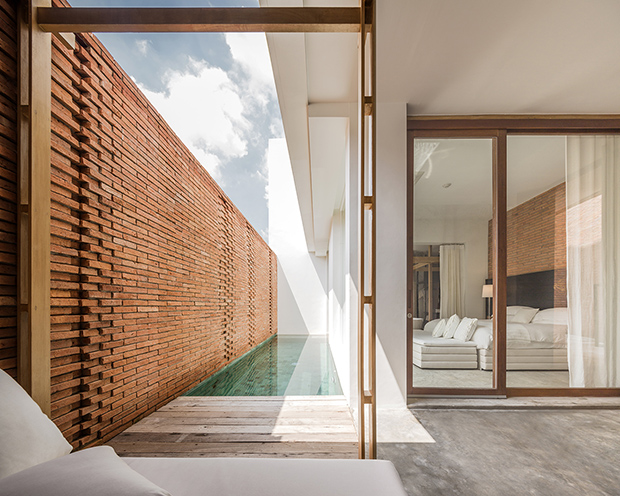 And, as the book explains, "the world's best architects have explored the qualities of brickwork. Alvar Aalto, Antoni Gaudi, Jorn Utzon, Frank Gehry and Mies van der Rohe all built with the material, and bricks were integral to Frank Lloyd Wright's vision for an American vernacular in his Prairie Houses."

For more on contemporary building projects sign up for a free, two-week trial of the Phaidon Atlas, our peerless architectural resource. Meanwhile, for more inspiring uses of world’s oldest man-made building material, take a look at Brick, our latest architecture book with a twist. 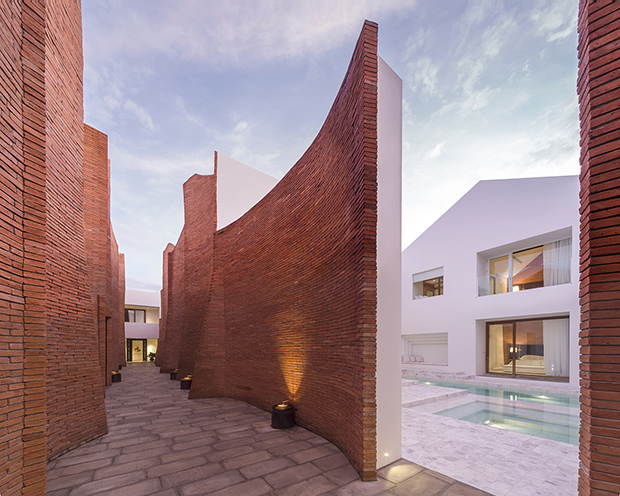