A former shopping centre in Helsinki has been replaced by a stunning seven-storey library. This is the Helsinki University Main Library, also known as Kaisa House, and contains the printed and electronic collections of the faculties of arts, law, theology and social sciences.

At 16000m², it’s the biggest university library in Finland. It was a major coup for the winners of the open design competition in 2008. Anttinen Oiva Architects, set up by Vesa Oiva and Selina Anttinen in Helsinki, were straight out of architecture school. This may sound like the stuff of fantasy for many practices, yet appointing young talent to oversee major works is common in Finland. 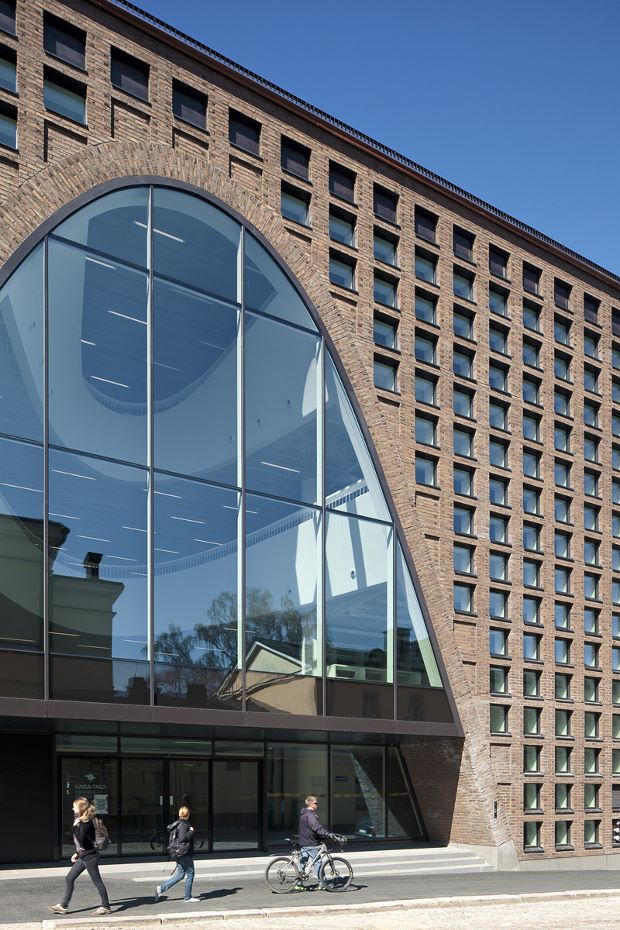 The €50m building is partly built from brick, to be in keeping with its neighbours. The bricks surround dozens of tightly-packed square windows and form the frame for vast arch apertures which are glazed and act as Kaisa House’s main feature.

Inside, Anttinen and Oiva designed a trio of big curving volumes. These push through walls, floors and ceilings as voids. “Three distinct apertures and the main staircase form a series of spaces serving as a basis for the ambiance of the interior, the functional zones as well as the architecture of the façade,” say the architects. 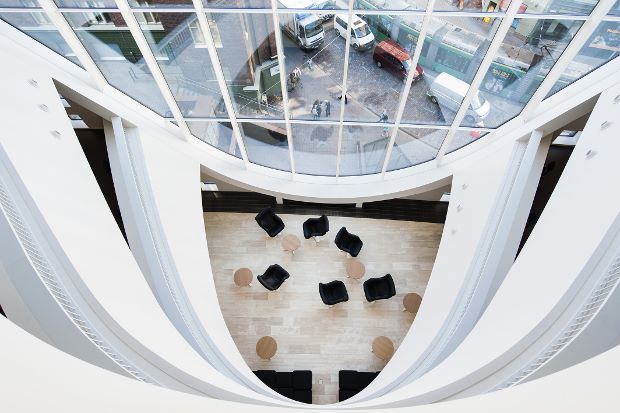 The apertures are encircled by walkways and the information zone, they add. This zone is surrounded by the library’s collections. The interior design, by Helsinki-based Teemu Hirvonen, is 1960s in flavour, with Verner Panton-style chairs. Such a combination of function and aesthetics for a cultural destination means the city’s next big scheme - the £83m Guggenheim Helsinki art museum – has much to live up to. That waterfront project is also about championing little-known practices, and a winner will be announced this summer. Let's hope the victorious design is as impressive as this one. 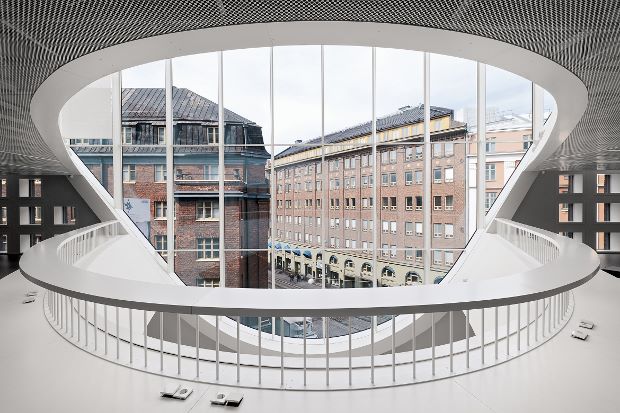 For more on the simple blocks that Anttinen Oiva Architects used so masterfully here, order a copy of our forthcoming book Brick. Following the success of Concrete, this new title is an insightful and often surprising look at a humble material that has been an architectural staple for centuries.

Meanwhile, for more on the way we build today check out The Phaidon Atlas, our peerless architecture resource. Not a member yet? No problem, you can sign up for a free trial here.