The use of brick as a building material dates back about 10,000 years, yet this hasn’t prevented many contemporary architects from working these ancient blocks into some of their most challenging designs.

As the Phaidon Atlas explains in its latest editor's focus, “Developments in technology are allowing architects to use brick in new and inventive ways, while still harkening back to traditional craft methods. Patterned facades, soaring arches and sturdy walls are all features of brick that make it a versatile and beautiful material.” Here are five of the best new designs to make use of the old blocks.

Friendship Centre – Urbana This training facility for agricultural workers was built in the flood-prone region of Gaibandha, northern Bangladesh; it has been constructed on a raised site, 2.4m above the surrounding land, and it is set within an embankment. The architects used locally produced, hand-made brick for building's masonry; the centre has deep foundations and arched entranceways, both of which help make the centre withstand earthquakes. Above the brickwork, the centre’s green roofs help hold back the region's heavy rainfall, while an excavated pond in the centre also retains rain, while serving as a fishery. Read more about it in the Atlas 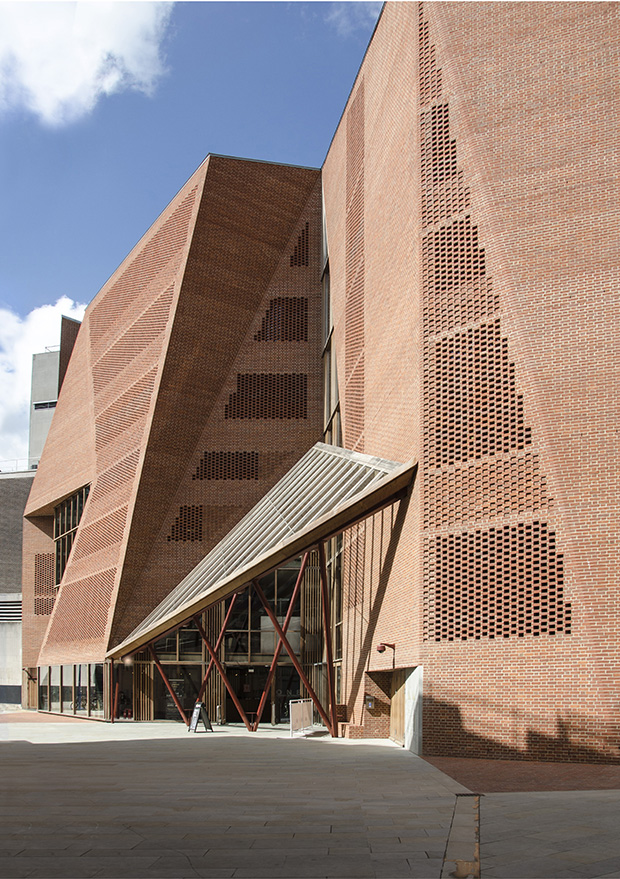 Saw Swee Hock Student Centre - O’Donnell + Tuomey Architects This student union centre was built for the London School of Economics in the British capital, and fits neatly into the LSE’s tight city campus. The surface of the brick skin is cut out along fold lines, to form large areas of transparent glazing, framing views both for those peering out from the centre and for those passing on the street. Like a Japanese puzzle, the architects’ design is carefully assembled, to create one coherent volume from a complex set of interdependent component parts. Read more about it in the Atlas. 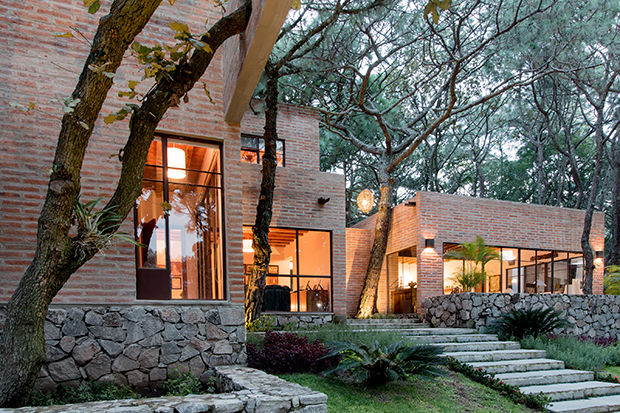 Pinar House - MO+G Taller de Arquitectura This private house was completed last year in a wood to the west of the Mexican city of Guadalajara, known as La Primavera, or the Spring Forest. The site is surrounded by pine and oak trees, and has accommodated other structures in the past, including a swimming pool, a car park and sports facilities. The architects chose include quite a lot of exposed brickwork to blend this contemporary design into its natural surroundings. The brick vaults and roofs are supported with wooden beams, while the brickwork in the upper levels bring to mind traditional methods of construction native to the region. Read more about it in the Atlas. 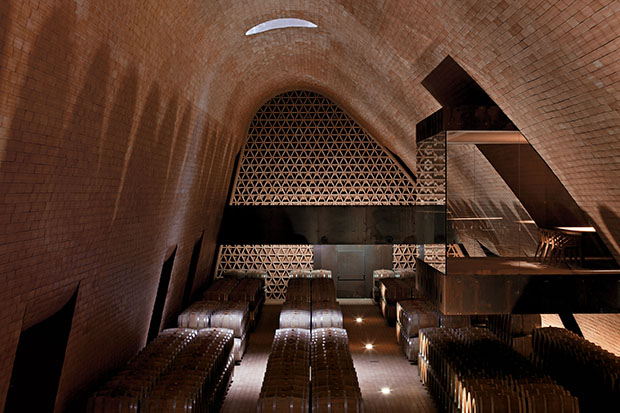 Antinori Winery – Archea Associati This wine producing facility, in Italy’s Chianti region, aims to blend into its agricultural landscape. Nevertheless, beneath the surface, lie these beautiful brickwork vaults. It’s a pity such fine architecture is hidden from plain sight, yet, as the building’s designers Archea Associati, these underground facilities create the ideal conditions for the slow maturation of Antinori’s wine. Read more about it in the Atlas. 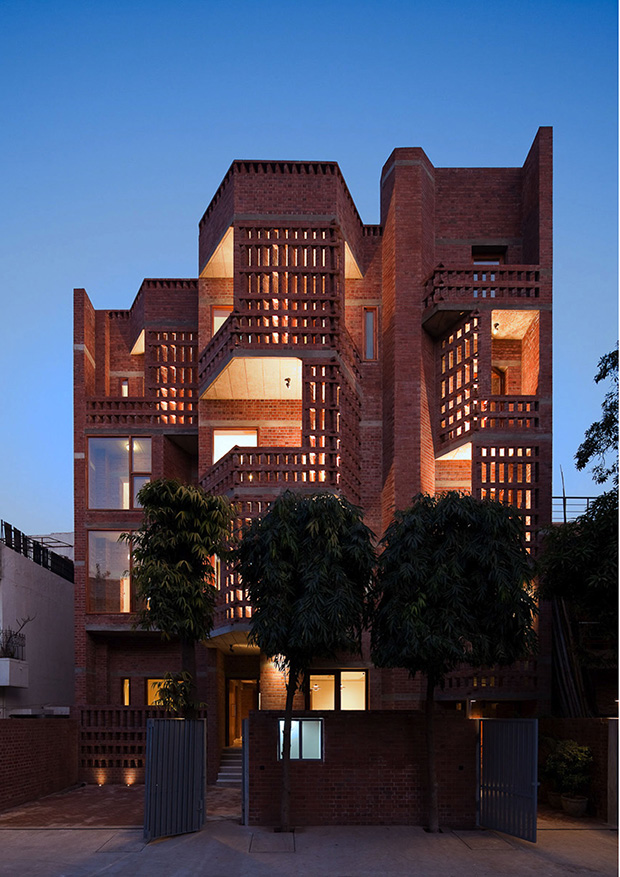 Defence Colony Residence - Vir.mueller Architects This private residence in New Delhi was completed in 2011, and meets the needs of both new and old India. Despite its noteworthy, contemporary design the architects Vir.mueller chose to use of locally produced earthen bricks, because it enabled the house to meet certain structural requirements, such as the ability to withstand the earth tremors common in this region. What’s more, the practice was able to employ a local guild of brick masons, whose skills have been passed down, generation to generation, over the centuries. Read more about it in the Atlas, here.

You can read the full editor's focus here, and see further pictures, drawings and more in the Phaidon Atlas, our peerless architectural resource. Hit a pay wall? Then sign up for a free trial here. And if you like what you see, you can order our new book Brick, our new look at this ancient material, here.