Thanks to everybody who came to the Guardian Phaidon Cook It Raw talk with René Redzepi, Albert Adrià, Daniel Patterson and Alex Atala at the Royal Geographical Society yesterday. It was an amazing talk, expertly hosted by Observer editor John Mulholland.

After a brief introduction, each chef spoke on a chosen subject, giving the assembled a real opportunity to get a feel for their characters and unique way of thinking. Perhaps the most enlightening aspect of the affair was the sheer amount of philosophical thought that goes into gastronomy at this level as practiced by this particular collection of chefs - both as part of Cook It Raw and in their own, individual restaurant endeavours. 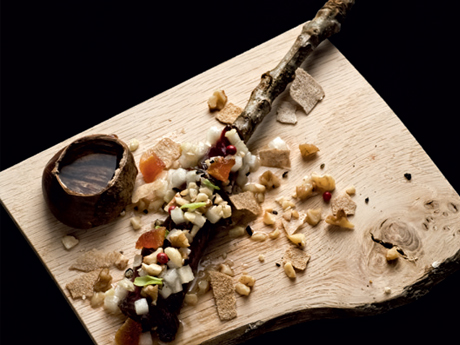 Albert Adrià spoke theatrically on the subject of creativity, at one point making as if he was about to pour water over one of the microphones, prompting a breakneck dash across the stage from Mulholland to retrieve it.

Alex Atala spoke about the importance of sharing the substantial knowledge those on the stage had gathered while René Redzepi recounted an intricately detailed (and effortlessly told) anecdote regarding Daniel Patterson - whose book, Coi we will be publishing in September. It revealed Daniel's dedication and willingness to push himself right to the edge of the creative experience. 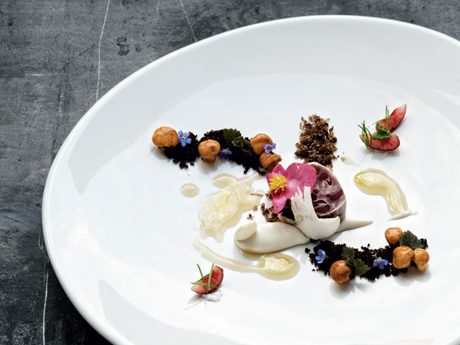 Below we've posted some of the choice quotes from all of the chefs and Cook It Raw founder Alessandro Porcelli at the event. Good luck to all of them for the 50 Best tonight! Dont' forget to browse all the chefs books - many of which are signed - in our store.

Unless you're cooking a dessert, recipes are an evil invention. Recipes make cooks into machines. René Redzepi

Are we the best restaurant in the world? My mother thinks so! Rene Redzepi

When someone is really good they are really generous Albert Adrià

We must protect the sea the fields the rivers Alex Atala

Without fear you cannot improve yourself Albert Adrià

The avant garde of today will be tomorrow's tradition Albert Adrià 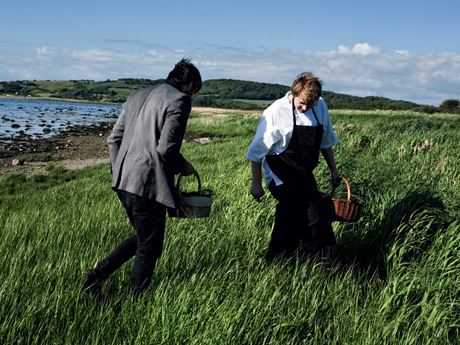 Nature flows into every part of our aesthetic Daniel Patterson

Courage always brings you back to fear Albert Adrià

Nature is an important source of inspiration Alessandro Porcelli

At cook it raw we explore the world through food. Alessandro Porcelli

What I fear is making something out of nothing, then having to do it again. But without this fear you can't evolve Albert Adrià

If you really want to get inspired, you only have to bring an open mind. Alessandro Porcelli