Tacos de pobre might make for a budget-conscious dinner, but they’re rich in both taste and nutrients.

One of the great pleasures of trying a new cuisine is discovering the different ways in which home cooks around the world approach ingredients. Consider the potato. First discovered in the Americas, and now cultivated, cooked and eaten almost everywhere, many of us peel our spuds, before boiling, mashing or roasting them.

However, as author Margarita Carrillo Arronte points out in The Mexican Vegetarian Cookbook, we might be doing it all wrong. Arronte is an author, chef, TV host, and prominent Mexican food advocate; she campaigned successfully for Mexican cuisine to be entered into UNESCO”s list of Intangible Cultural Heritage of Humanity.

Now, in her new book, she guides readers through the lighter, healthier, and often, more economical side of Mexican cookery. Not all of her dishes call for fancy spices, or elaborate kitchen utensils. A few, such as tacos de pobre con cáscrasa de papa for example, even hint at their frugal promise in their names.

This dish name translates as poor tacos with potato peelings, though the recipe is a little more complicated than that sounds. Alongside 2¼ lb/1 kg cleaned, raw potato peelings (which are higher in fibre and vitamins than the vegetable’s white fluffy, innards), this recipe also calls for corn oil, for shallow frying, a large white onion (halved and thinly sliced), as well as a couple of serrano chiles, cut into thin strips, 8-12 corn or wheat tortillas, sea salt, and chile sauce or salsa of your choice, to serve.

First get enough oil for shallow-frying in a frying pan or skillet and sauté the potato peelings. When they are almost golden, add the onion and chile and sauté until the onion is translucent. Season with salt to taste. Spoon onto a plate lined with paper towels, to absorb excess oil. Finally, heat the tortillas and serve as tacos with the potato peeling filling, with chile sauce or salsa on the side. You can even arrange them inside a basket like tacos de canasta, the book suggests, to give this simple dish a fancy look. 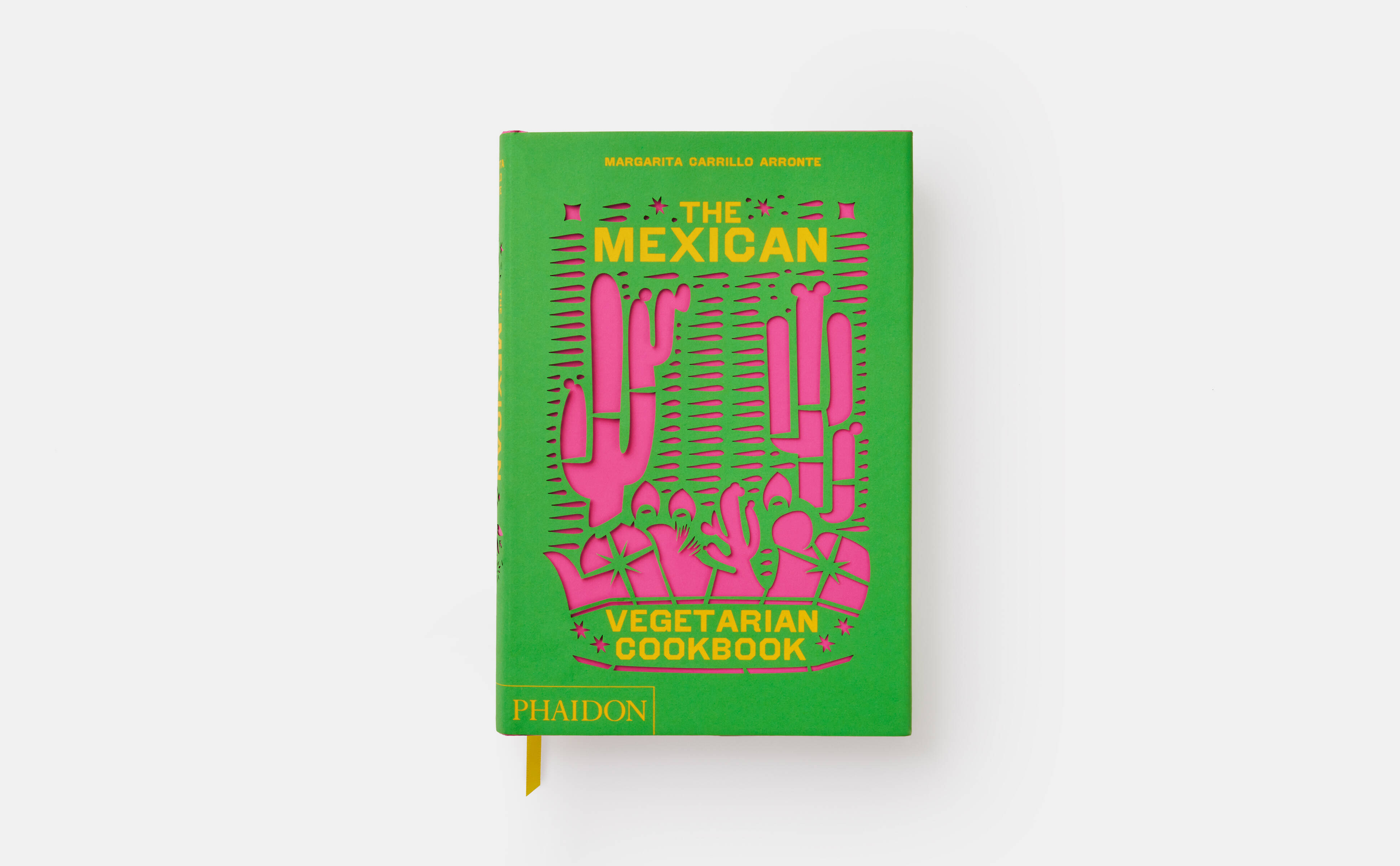 For more on this recipe, as well as much more besides, order a copy of The Mexican Vegetarian Cookbook here.

Vegetarian food is deeply woven into Mexico's diverse culinary history. In this blockbuster recipe collection from the bestselling author of Mexico: The Cookbook, home cooks will discover delicious traditional and modern dishes made with corn, beans, spices, and the incredible bounty of fruit, vegetables, legumes, seeds, and edible flowers grown across Mexico.

These healthy, wholesome recipes are meat-free by design, spotlighting Mexico's outstanding foods, instead of relying on hard-to-source ingredients or substitutions. Each is presented with clear, straightforward instructions accessible to home cooks of all skill levels.

Along with authentic breakfasts, lunches, dinners, and desserts, the book includes an entire chapter dedicated to pulses - high-protein superfoods such as chickpeas, beans and lentils - as well as special sections for breads, drinks, sauces, and basics that every fan of Mexican cuisine should master.

Beautifully designed, with an eye-popping cover and vivid photography throughout, The Mexican Vegetarian Cookbook is an inspiring addition to any home cook's kitchen shelf.

Chef and restaurateur Margarita Carrillo Arronte is part of a Mexican family with deep cultural and culinary roots. Over her 35-year career, popularizing Mexican cuisine throughout the world, Margarita has lectured at institutions and represented Mexico at the G-20 summit. As well as hosting food shows on the popular El Gourmet channel in Mexico, Margarita has authored books on Mexican food, including Phaidon's bestselling Mexico: The Cookbook.

The Skimm's Unique Gifts for the Friend Who Has Everything

'Will help you satisfy every craving.' - Epicurious

'This cookbook is a resource that's just as indispensable as Arronte's original Mexico: The Cookbook, pushing us to reimagine what Mexican food is, was and can be.' - The Washington Post

'The Mexican Vegetarian Cookbook by Margarita Carrillo Arronte is just that: all the flavors of Mexico, none of the meat. A big Phaidon number with 400 recipes to join their library of food bibles.' - Paula Forbes, Stained Page News

Try a colourful, fresh taste of Mexican vegetarian cuisine with this satisfying dessert