Try a colourful, fresh taste of Mexican vegetarian cuisine with this satisfying dessert

The Mexican Vegetarian Cookbook uncovers the lighter, healthier side of this country's cookery

Margarita Carrillo Arronte has done more than most to elevate the standing of Mexican cuisine. The author, chef and TV host successfully campaigned for Mexican cuisine to be entered into UNESCO”s list of Intangible Cultural Heritage of Humanity; she served as the Mexican Ministry of Agriculture’s official chef; and she has organised Mexican food festivals and several gala dinners at such prestigious events as the G-20 Summit in 2012, The World Economic forum in Davos, and the United Nation Climate Change Conference in Cancún.

Still, she knows that, for some people, Mexican food is viewed as something that’s fun and fast, but sometimes not so nutritious. She doesn’t dispute those first two qualities, but in her new book, The Mexican Vegetarian Cookbook, she does dig into the culinary heritage of this remarkable North American country, to reveal its surprisingly light and healthy plant-based offerings.

As the author explains, plants such as maize were domesticated long before ancient Mesoamerican cooks had access to livestock, and the country’s wide biodiversity offered those early cooks a huge range of fruits, vegetables, legumes, seeds, edible flowers. This natural store of vegetarian gastronomy lives on in today’s Mexican food, which, for those who know how to cook it, is healthy and delicious.

Consider, for example, the book’s postres or desserts section. There are lots of light and fruit dishes in here, such as roasted pineapple, poached papaya, and fresh fig cake (that’s the complete dinner-party showstopper, pictured above). To make the cake you’ll need ½ lb/2 kg of ripe but firm, fresh figs; ⅓ cup (2¾ oz/75 g) of vanilla sugar; a cup (9 fl oz/250 ml) of whipping cream, plus extra to serve; 7–8 individual meringues; and maybe a ½ cup (4 fl oz/120 ml) cognac or brandy (that last ingredient is optional).

To make it, first peel the figs from the stem end downwards, then cut in half lengthwise. Line a fluted ring mould with plastic wrap (clingfilm) and arrange the figs cut side down, layering them with the vanilla sugar and pressing them a little with your fingers and the palm of your hand. Continue until you have used up all the figs and sugar, and the layers reach ¾ inch (2 cm) below the top rim of the mould.

Refrigerate for at least four hours or overnight with something heavy on top of the figs to keep them compressed, such as food cans. A couple of hours before serving, whisk the whipping cream to firm peaks. Spread the cream over the figs, cover with plastic wrap and return to the refrigerator to set. Immediately before serving, remove the mould from the refrigerator and peel back the plastic wrap. Press the peaks of the meringues into the cream, so their flat bases are level with the surface of the cream, spacing them evenly around the ring mould. Flip the mould upside down onto a round serving platter. Using the plastic wrap lining to help you lift off the ring mould. 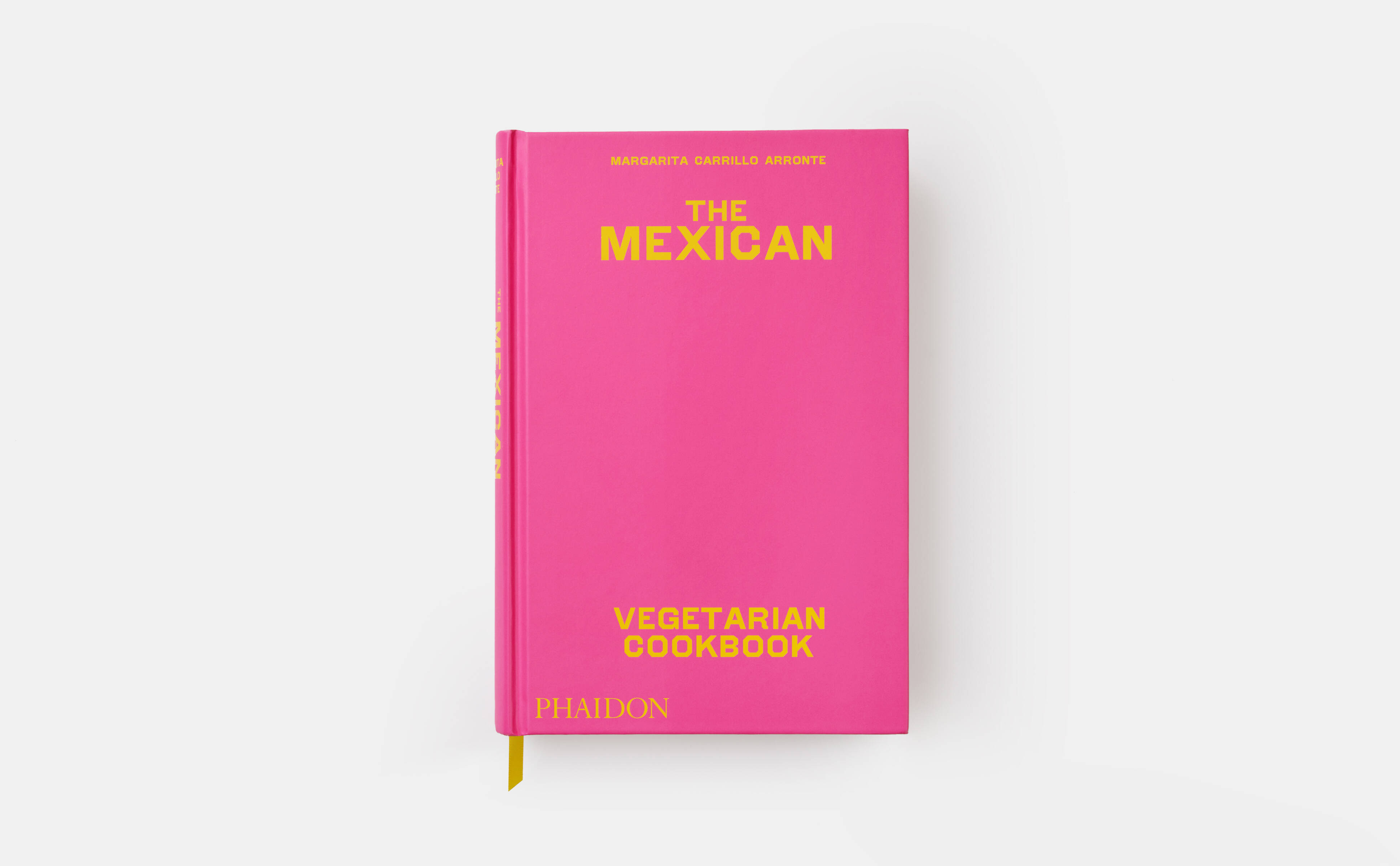 Finally, if the mood takes you, heat the cognac or brandy carefully in a metal ladle over a direct flame and, using a long match, ignite and very carefully pour over the figs. Let the flames subside before serving, with whipped cream. For more on this recipe, as well as much more besides, order a copy of The Vegetarian Mexican Cookbook here.

Vegetarian food is deeply woven into Mexico's diverse culinary history. In this blockbuster recipe collection from the bestselling author of Mexico: The Cookbook, home cooks will discover delicious traditional and modern dishes made with corn, beans, spices, and the incredible bounty of fruit, vegetables, legumes, seeds, and edible flowers grown across Mexico.

These healthy, wholesome recipes are meat-free by design, spotlighting Mexico's outstanding foods, instead of relying on hard-to-source ingredients or substitutions. Each is presented with clear, straightforward instructions accessible to home cooks of all skill levels.

Along with authentic breakfasts, lunches, dinners, and desserts, the book includes an entire chapter dedicated to pulses - high-protein superfoods such as chickpeas, beans and lentils - as well as special sections for breads, drinks, sauces, and basics that every fan of Mexican cuisine should master.

Beautifully designed, with an eye-popping cover and vivid photography throughout, The Mexican Vegetarian Cookbook is an inspiring addition to any home cook's kitchen shelf.

Chef and restaurateur Margarita Carrillo Arronte is part of a Mexican family with deep cultural and culinary roots. Over her 35-year career, popularizing Mexican cuisine throughout the world, Margarita has lectured at institutions and represented Mexico at the G-20 summit. As well as hosting food shows on the popular El Gourmet channel in Mexico, Margarita has authored books on Mexican food, including Phaidon's bestselling Mexico: The Cookbook.

The Skimm's Unique Gifts for the Friend Who Has Everything

'Will help you satisfy every craving.' - Epicurious

'This cookbook is a resource that's just as indispensable as Arronte's original Mexico: The Cookbook, pushing us to reimagine what Mexican food is, was and can be.' - The Washington Post

'The Mexican Vegetarian Cookbook by Margarita Carrillo Arronte is just that: all the flavors of Mexico, none of the meat. A big Phaidon number with 400 recipes to join their library of food bibles.' - Paula Forbes, Stained Page News

More on Try a colourful, fresh taste of Mexican vegetarian cuisine with this satisfying dessert