The designer, author and educator says he doesn’t have the luxury of cynicism, and his profession is a noble calling

Something went wrong with optimism a while ago, according to Bruce Mau. As the North American designer and author of our new book Bruce Mau: MC24, told Monocle Radio a few days ago, “one of the great tragedies in our culture is the conflation of critical and negative. We’ve somehow given negativity seriousness and positivity a simple minded frivolity.”

That really isn’t as it should be, in Mau’s opinion. His new book describes two dozen generous, clear, critically minded and galvanising principles to alter the way we think, and inspire massive change. As Mau explains in this new interview, for designers, “optimism is central to the way we work.”

Whether you’re commissioned to create a new way-finding system, or redesign a city, “our principle work as designers is to begin with optimism,” Mau argues, “but not to be Pollyanna about it. It’s fact-based optimism, we look at the data and we look for the opportunity, we don’t have the luxury of cynicism, as a designer. You don’t have the luxury to say everything is going to be bad.”

Of course, all that positivity doesn’t mean you have to do away with critical thinking. “To be critical, I have to be neutral,” he says. “I have to look at [a problem] with a fresh look; that’s what design is designed to do.”

However, Mau argues that, in order to address a single issue as a designer, you really need to look at the job in the round. By designing something worthwhile for an individual, you have to care about their community and environment, he argues, because so much of their well-being stems from this. 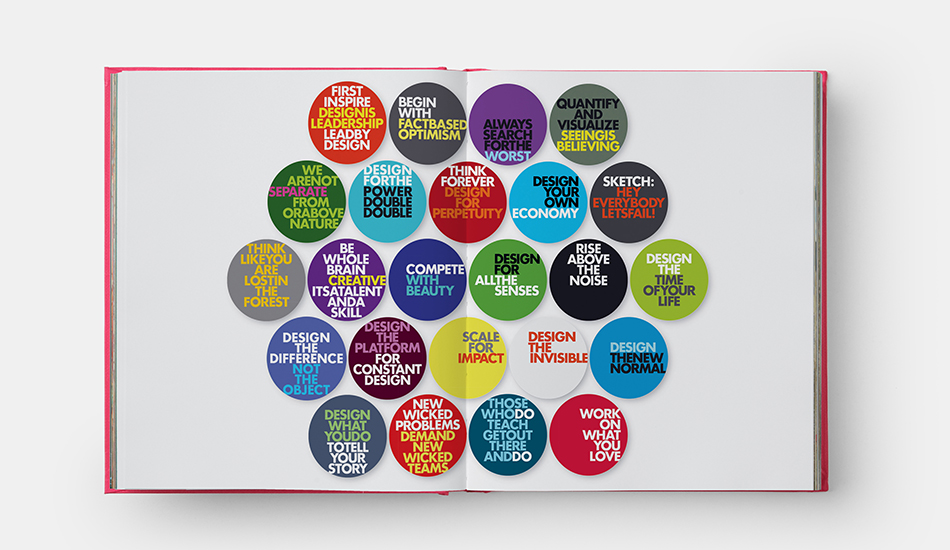 “In the process we really contextualise our impact,” he says, dubbing this approach, “life-centred design, that puts life at the centre, not humans.”

That might sound pretty highfalutin for many young designers staring into their screens right now, but Mau believes good design is a noble calling.

In the interview, and in his new book, Mau quotes the late British historian Arnold Toynbee, who said “The twentieth century will be chiefly remembered by future generations not as an era of political conflicts or technical inventions, but as an age in which human society dared to think of the welfare of the whole human race as a practical objective.” 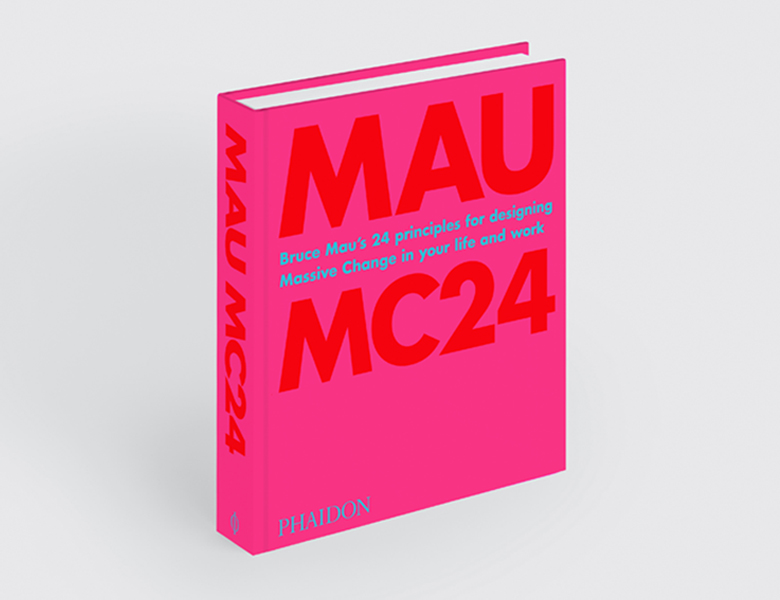 Mau says he shares that objective. “We design for that purpose,” he goes on. “We’re doing our piece of it. Collectively, that is exactly what we’re doing.”

Inspired? Then why not take in all 24 of his principles in his new book, Bruce Mau: MC24; buy your copy here.

MC24: 24 Principles for Designing Massive Change in your Life and WorkBruce Mau

24 global, generous, and galvanizing principles to overhaul the way we think and to inspire massive change

Bruce Mau has long applied the power of design to transforming the world. Developed over the past three decades, this remarkable book is organized by 24 values that are at the core of Mau's philosophy. MC24 features essays, observations, project documentation, and design work by Mau and other high-profile architects, designers, artists, scientists, environmentalists, and thinkers of our time. Practical, playful, and critical, it equips readers with a tool kit and empowers them to make an impact and engender change on all scales.

Bruce Mau is chief design officer of Freeman, one of the world's largest brand-experience companies, and co-founder/CEO of Massive Change Network (MCN), a Chicago-based global design consultancy. Mau has been a visiting scholar at institutions globally, and lectures widely. He became an international figure with the publication of landmark volume S,M,L,XL and authored Life Style, Spectacle and Massive Change, also from Phaidon.

"In balancing his optimistic outlook with real-world examples of transformation, Bruce Mau has offered up a solution to the worst of times - a radically optimistic set of lessons for how we can push ourselves to think differently, and beyond this present moment."—Azure

"In balancing his optimistic outlook with real-world examples of transformation, Bruce Mau has offered up a solution to the worst of times — a radically optimistic set of lessons for how we can push ourselves to think differently, and beyond this present moment." —Bloomberg

A Smile in the Mind: Witty Thinking in Graphic Design 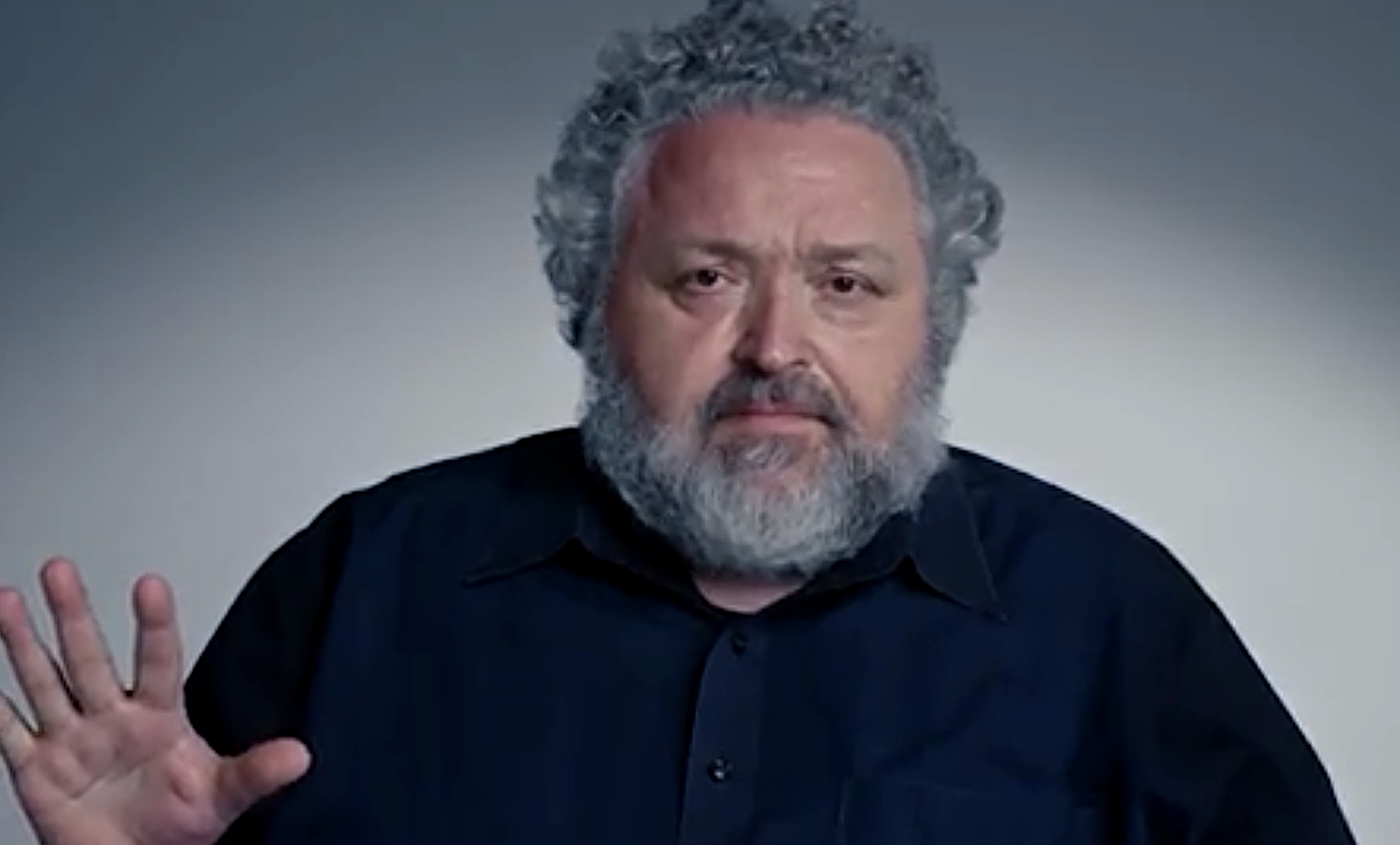 How a childhood without boundaries helped make Bruce Mau 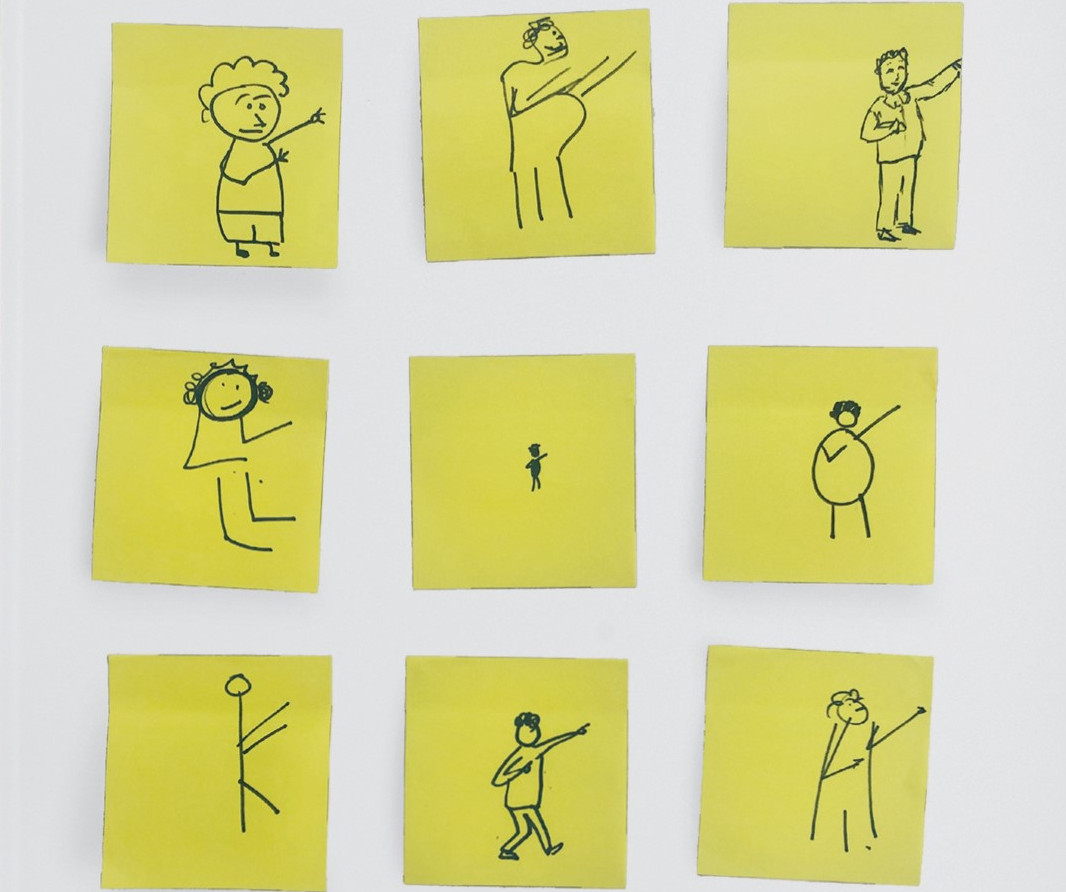 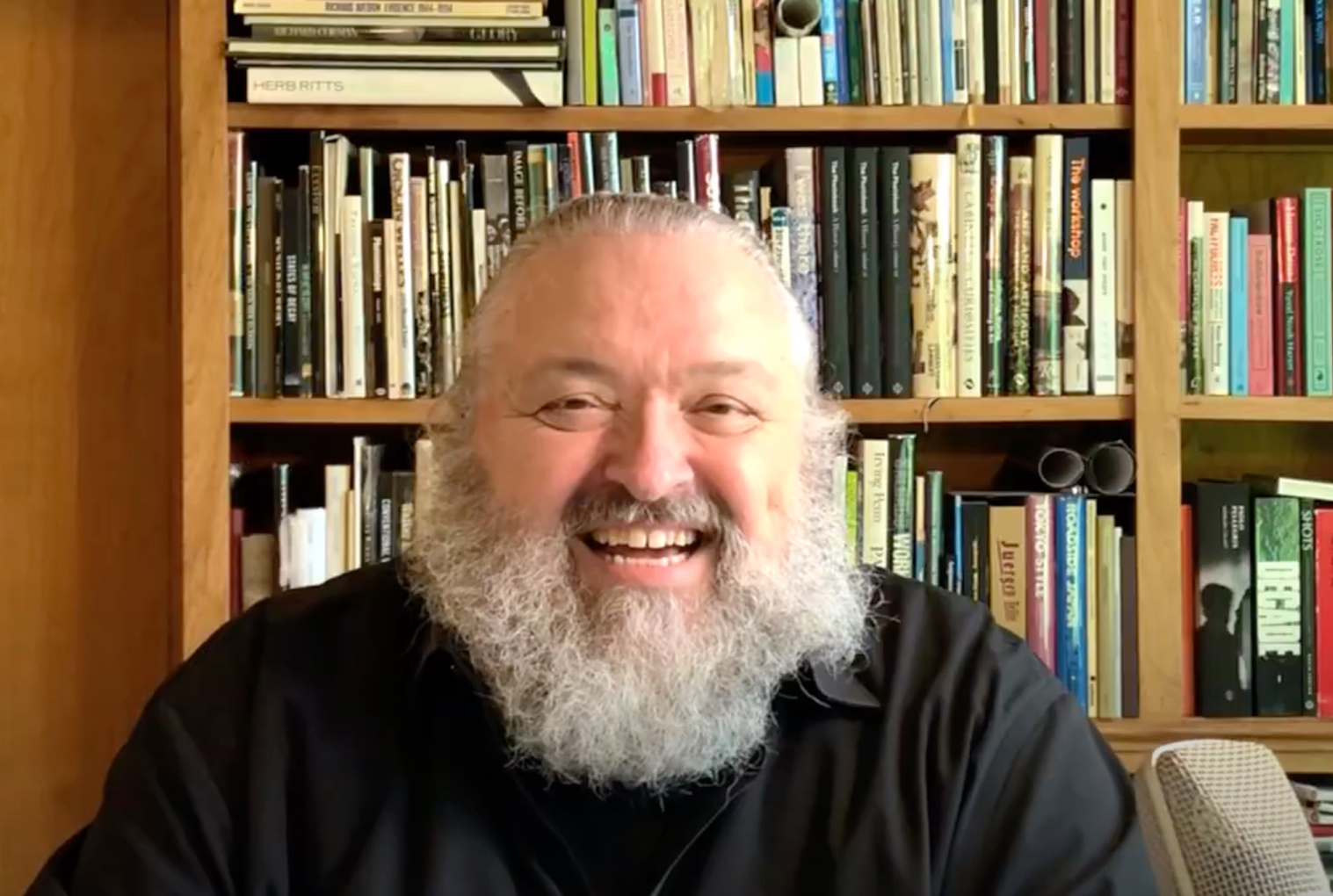 Here's Bruce Mau to tell you about his new book! 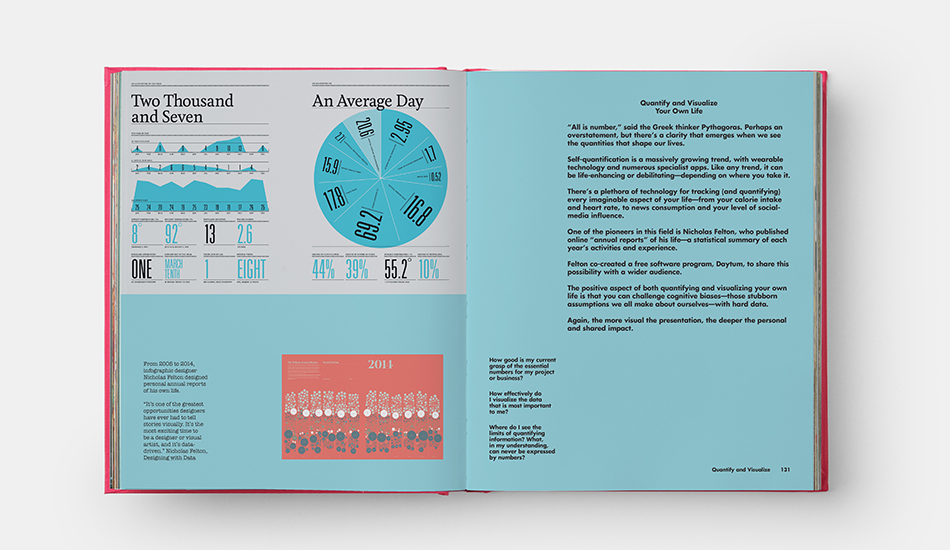 Bruce Mau Know How - To Truly Challenge Yourself, Crunch the Numbers 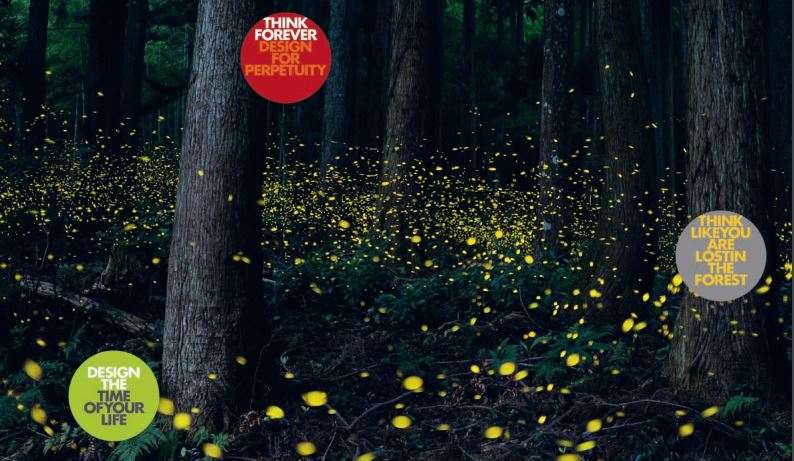 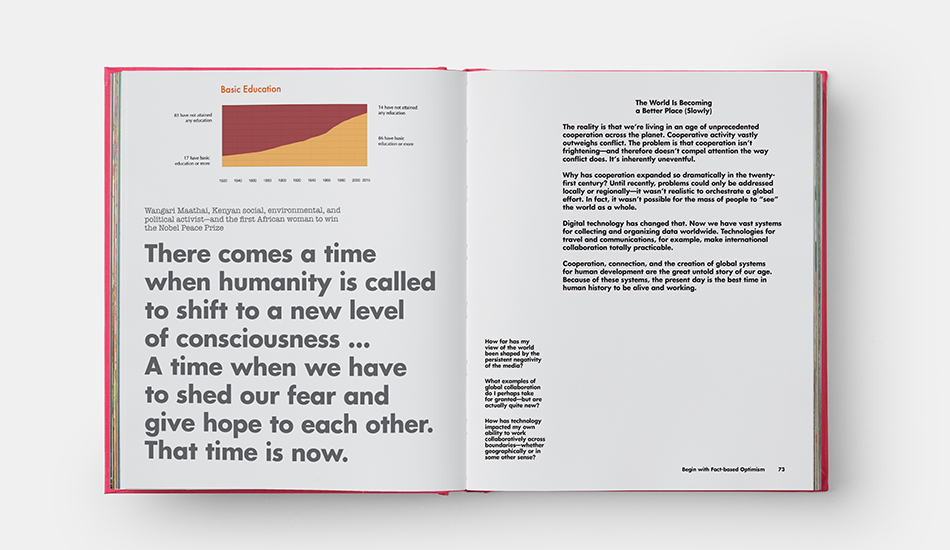 Bruce Mau Know How - A Methodology to Inspire Action 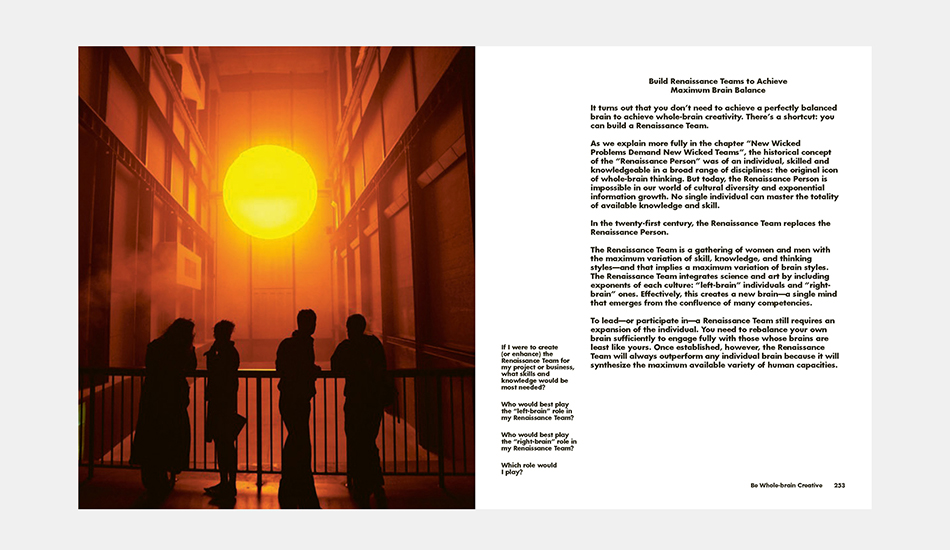 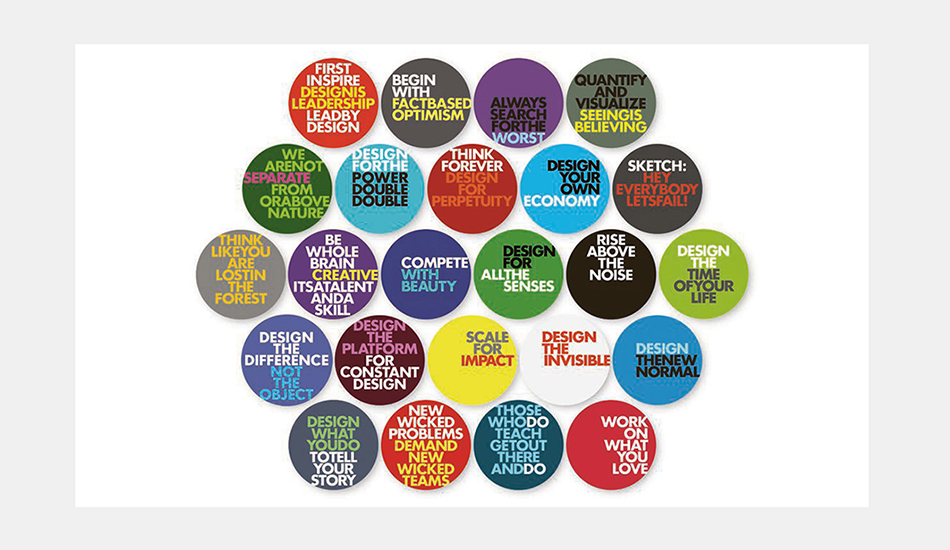 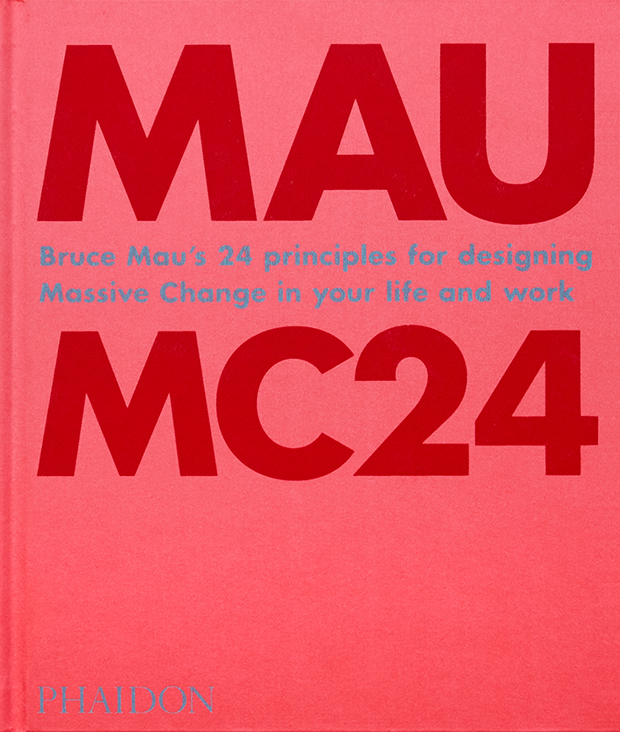