Our book Ferrari: Under the Skin, describes how the driver pulled the Scuderia out of the pits in the 1970s

Niki Lauda, the three-time Formula 1 champion whose death was announced earlier today, may be remembered as a champion, but when he joined Scuderia Ferrari – Ferrari’s stable [scuderia] as the Prancing Horse’s team is still formally referred to – he was not joining a winning side.

As our book, Ferrari: Under the Skin, explains, after years of first-place finishes, the Italian marque had hit a dry patch, prior to Lauda joining in 1973. “In 1967 Ferrari won no Grand Prix races, despite now having a powerful engine and an excellent chassis,” explains our book. “Ferrari was generally behind the curve on early aerodynamic downforce developments. In spite of a good season in 1970, it was not until 1974 that Ferrari again scored consistent victories in Formula One.”

That reversal of fortunes came courtesy of Lauda, whom, Enzo Ferrai – the marque’s founder and a former racer himself – greatly admired. "When Lauda raced, he looked confident and determined right from the start," Enzo said, "meticulous in his preparation of both himself and the car. He showed himself to be a great and intelligent driver.’” 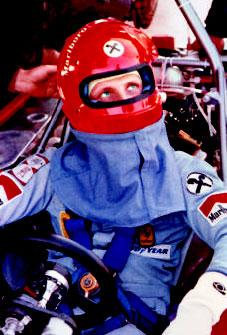 Niki Lauda racing for Ferrari. As reproduced in Ferrari: Under the Skin

He also brought back the success that had eluded the team since the early 1960s, until his near fatal accident in Germany in 1976. “Lauda stopped the rot and took the first of his titles in 1975,” explains our book. “He would almost certainly have repeated the feat the following year had he not suffered horrendous burns in a crash at the Nürburgring, but he came back to win the Championship again for Ferrari in 1979 before abruptly retiring.” 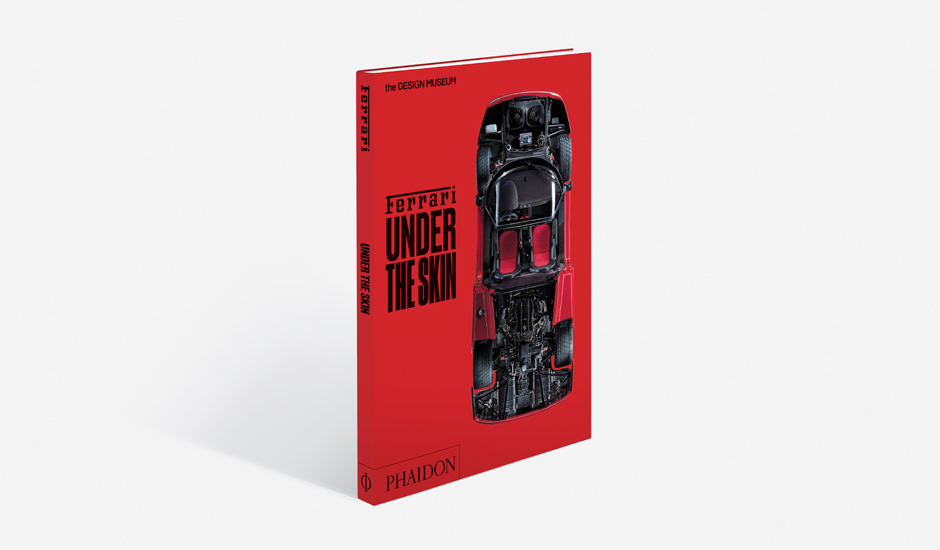 Ferrari: Under the Skin

And for those crucial wins, Ferrari remains eternally grateful. Ferrari: Under the Skin.

Ferrari: Under the SkinDesign Museum

A substantial work, providing exceptional insights into Ferrari the man, Ferrari's design, and Ferrari the legend.

Ferrari is an extraordinary company that emerged as World War II receded in Italy, combining collegiality, an almost religious dedication, and dictatorship in equal parts. Above all, it was impelled by the remorseless ambition of its founder Enzo Ferrari. Richly illustrated with personal ephemera, technical drawings, master models, and luxurious product shots, this in-depth exploration of Ferrari - the man, company, cars, and clientele – reveals what goes into the making of, many would argue, the world's most desirable car brand.

Andrew Nahum is principal curator of technology and engineering at the Science Museum, London. In 2005, he led the curatorial team in the development of the exhibition 'Inside the Spitfire', and previously directed the creation of the major new synoptic gallery at the museum on the history of technology and science entitled 'Making the Modern World'.

"Depending on your interest in cars, we imagine you already know a fair bit about Ferraris. However, perusing Ferrari: Under The Skin, a new Phaidon book that ties in with an exhibition at London's Design Museum, we discovered many interesting things we didn't previously know about the company... John Lennon's first car was a Ferrari... They could have built Ferraris in Detroit... Enzo Ferrari was nearly eaten by wolves... The prancing horse logo was inspired by an Italian pilot... Ferrari's image was created by another company."—MrPorter.com

"Richly illustrated with history, technical drawings, master models, and striking photography of one of the most famous racing machines of all time. A must-have for Ferrari fans, as well as anyone wanting to know more about one of the most compelling cars in history." —Watch Journal

"While it is posted as the official catalogue of the exhibition itself, it is actually rather more than that, being a series of essays richly illustrated and beautifully presented... A very well produced summation of the famous marque's singular mystique."—Automobile

"An item of quality - as aesthetically pleasing as it is informative... Undoubtedly a tome over which one can easily and happily pore."—On: Yorkshire

"If you missed the superb exhibition at the Design Museum, London, don't despair. This fantastic book supplies an excellent overview... You're almost certain to find something you never knew about Ferrari... There are insights into not only Ferrari the man, but the nuts and bolts of what makes the Ferrari brand tick."—Auto Italia

More on Niki Lauda - the man who saved Ferrari

A history of Ferrari F1 champions in 8 helmets