Sinuous motifs, richly patinated metals and layered woodwork all on offer (and not a bugging device anywhere)

Originally designed by Luigi Moretti between 1960-65, the Watergate Hotel is the only example of the Roman Forico Italico architect's work in the US and is listed as a national monument.

However, it was not Moretti's modernist palette that attracted designer Ron Arad to accept the commission to reimagine the hotel following its closure in 2010. The clue to his interest, instead, is in the name. 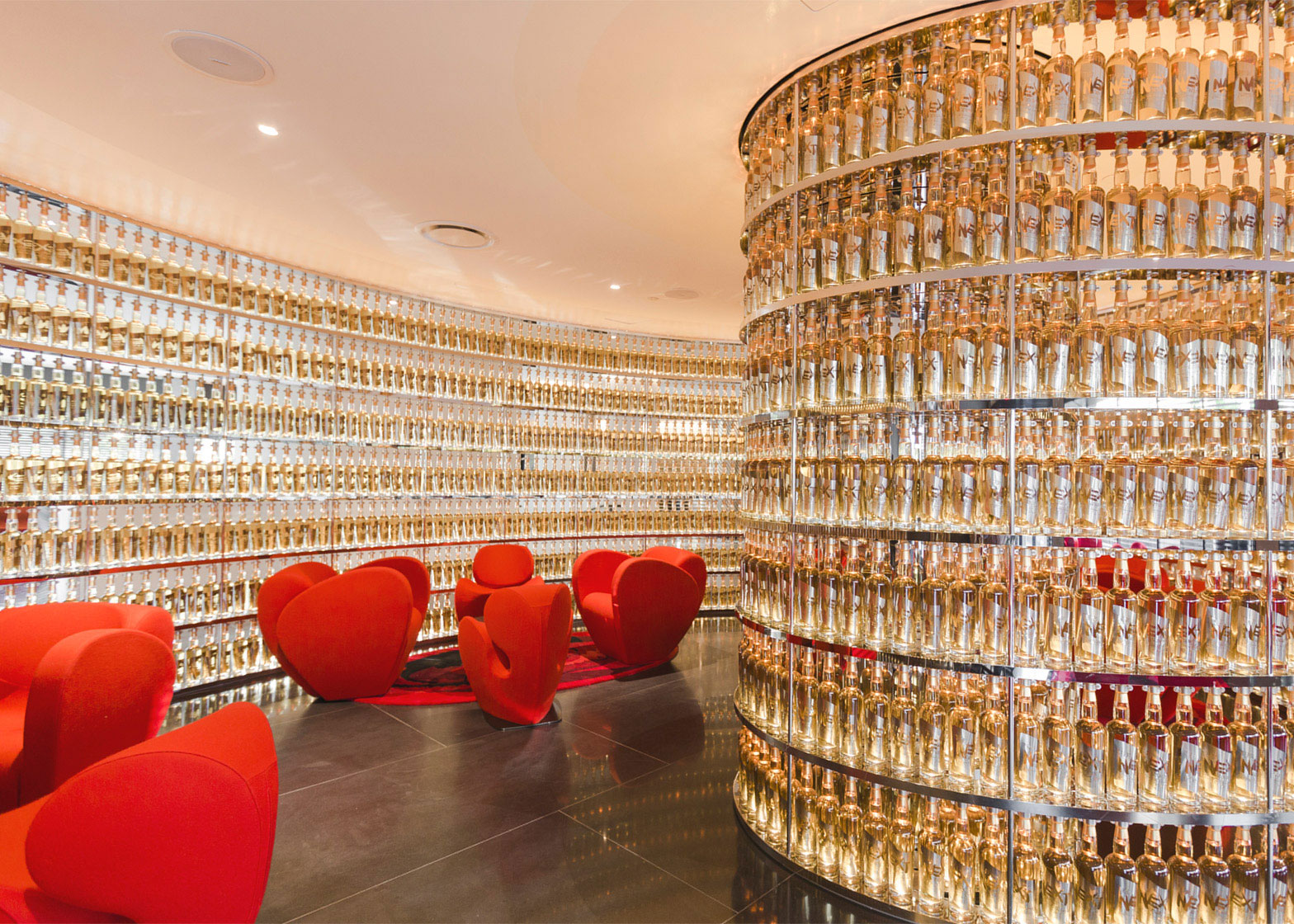 The hotel complex became infamous following the ‘Watergate’ political scandal, which led to the resignation of the US President Richard Nixon in 1974 and which has lent the suffix ‘-Gate’ to numerous scandals since.

"I have a confession to make," Arad said in a statement released to mark the reopening of the hotel. "Our initial attraction to this project was actually the Watergate scandal!" 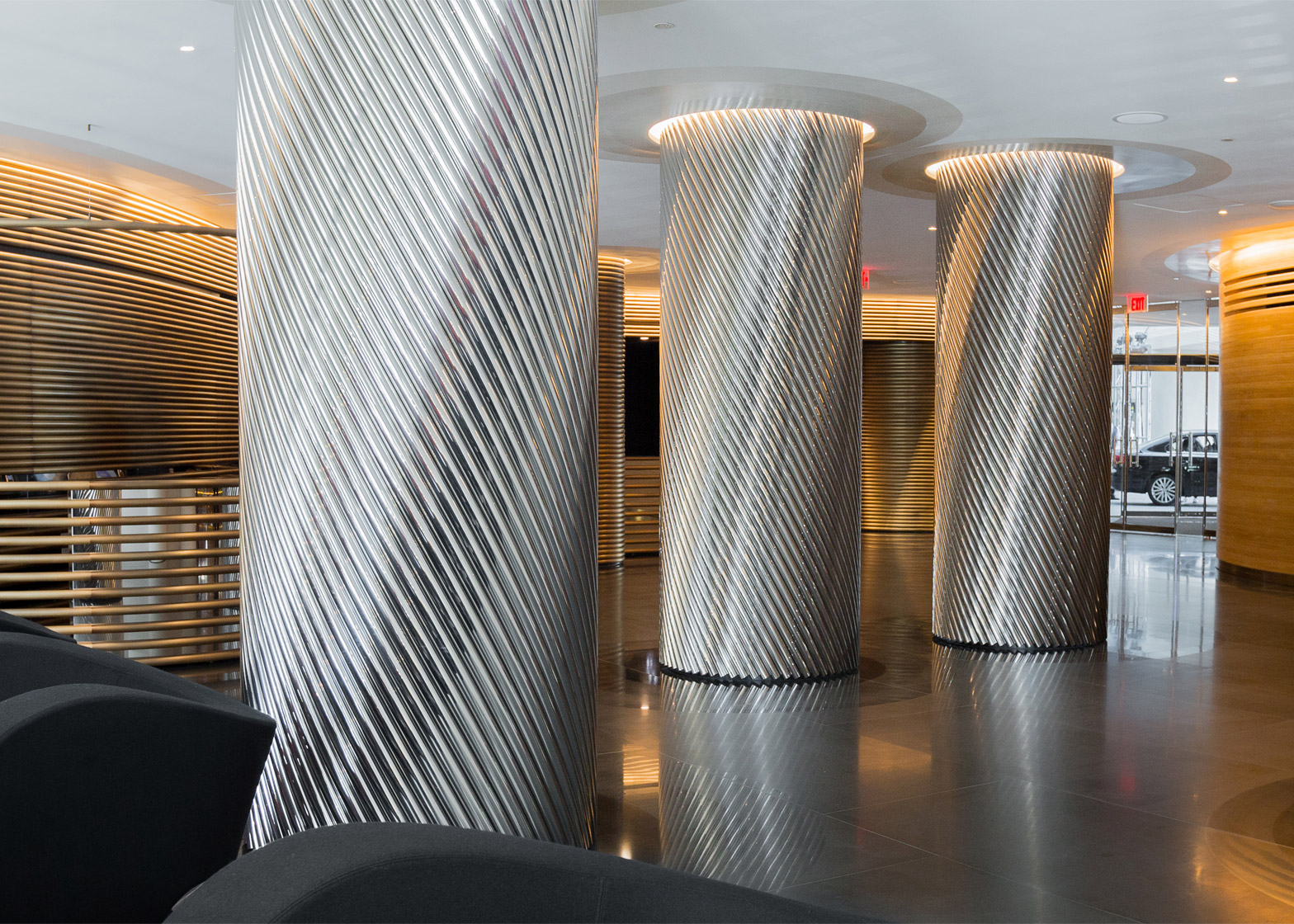 Neverthless Arad rose to the challenge, and his design balances Moretti’s original modernist sensibilities, while adding a rich palette of patinated metals to the existing marble and plaster. Sinuous motifs are expressed continuously through innovative use of bent metal, layered woodwork and subtle texturing of stone surfaces.

The vertical surfaces in the whisky bar mirror the look of the reception area via the deployment of glass cabinets filled with literally thousands of liquor bottles. Arad's Studio also created a whole new typography and signage design for the hotel. 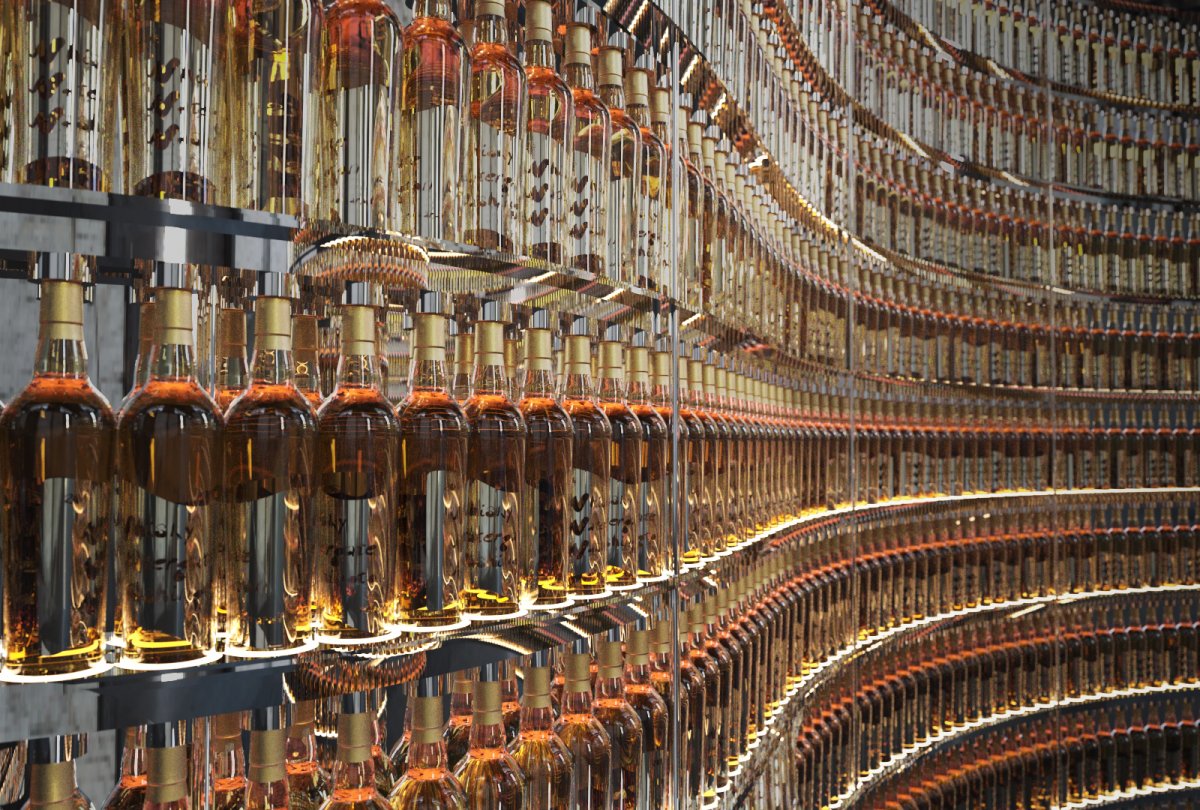 The public spaces designed by the studio are arranged over the ground and lower ground floors, and encompass the entrance foyer and hotel lobby, a reimagining of the whisky bar, casual and fine dining restaurants and hotel bar, main elevator lobby, and external dining terrace.

"Working within such a significant period piece, you can't ignore the context, but at the same time you don't want to mimic it," Arad said. "Instead you want to create something complementary, but importantly, something new." 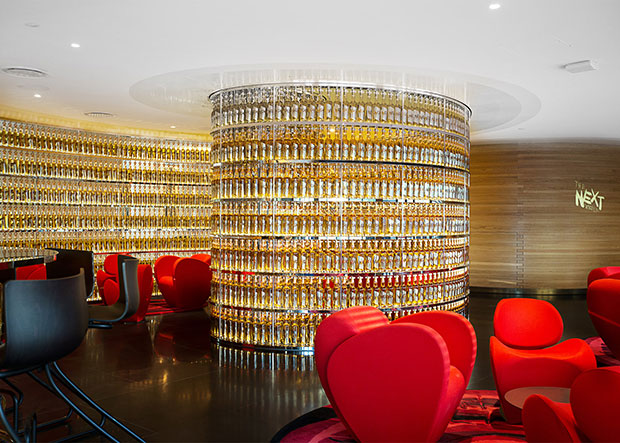 The Watergate scandal began in 1972 with a break-in at the Democratic National Committee headquarters housed in the offices of the hotel complex, when five men attempted to steal and intercept communications.

In a nod to the hotel's history, its new owners, Jacques and Rakel Cohen, have added some ironic extras. Room keys instruct guests, “No need to break in.” The voice of former President Richard M. Nixon can be heard in the public bathrooms and provides the soundtrack for the hotel phone system - which takes its number, 617-1972, from June 17, 1972, the day the burglary occurred. 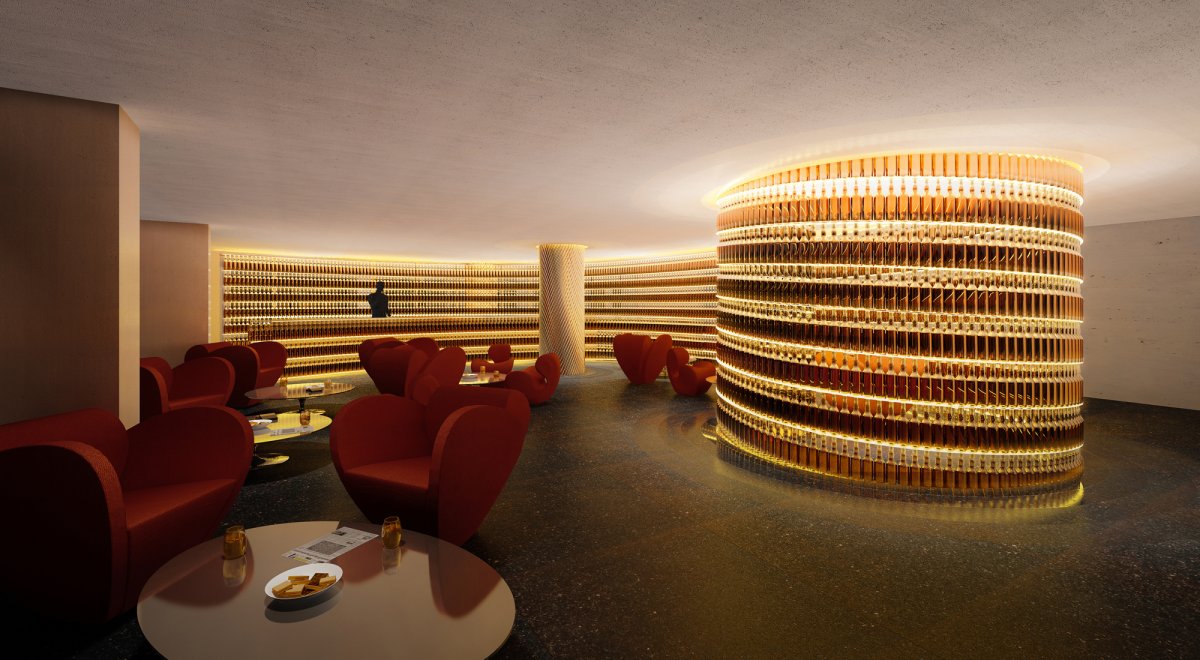 Meanwhile, the hotel’s print font, a modified typewriter-style type, draws inspiration from the 1970s-era legal documents that chronicled so much of the scandal. In 1998 the hotel hit the news again when Monica Lewinsky sought refuge there after news of her affair with Bill Clinton emerged.

Want to see more great Ron Arad designs? You'll find them in this book. And for more stunning contemporary interiors take a look at Room. 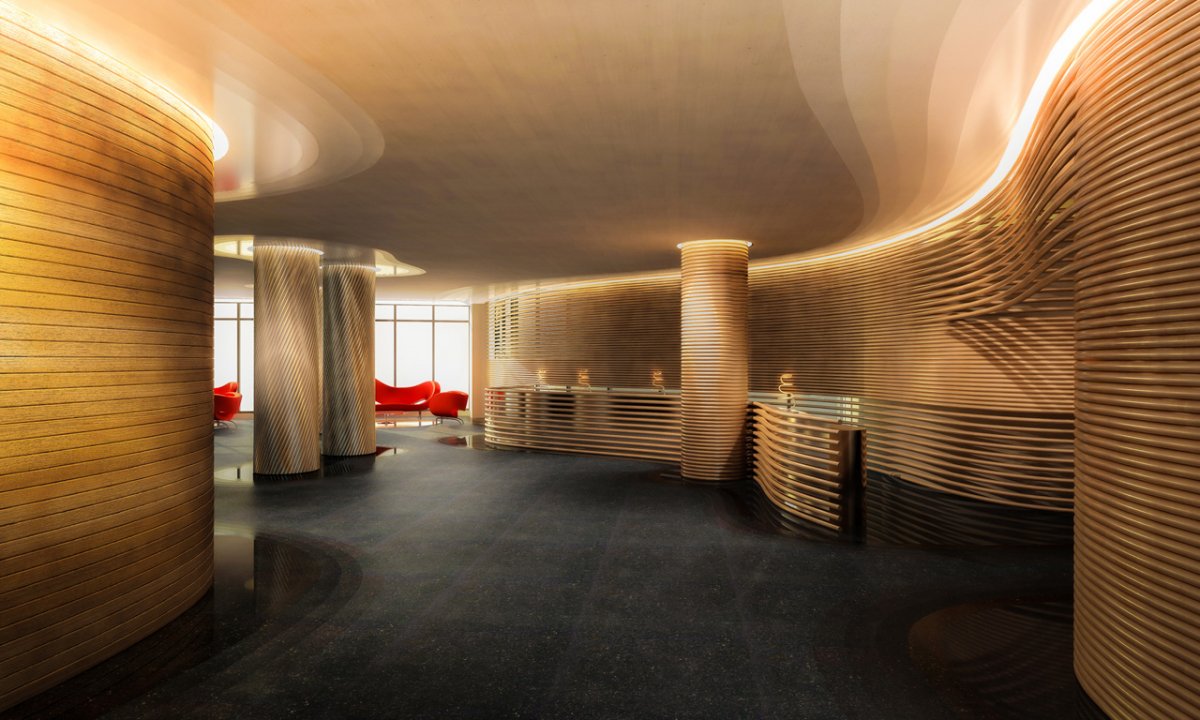 More on Ron Arad has reinvented the Watergate Hotel 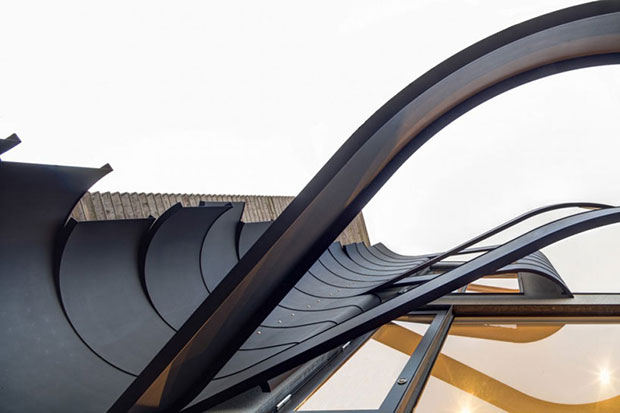 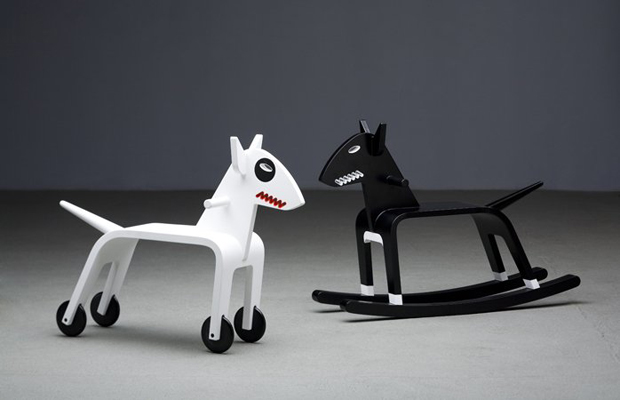