JR has a talent for drawing attention to overlooked groups around the world. In the past, the French artist and activist has highlighted the hard-working women within the Brazilian favelas and the informal settlements of Kenya; he’s put faces to the undocumented immigrants working in the US; and he’s brought attention to the kids in the poorer suburbs on the outskirts of his own city, Paris.

Now, in a new work, he’s ventured far beyond the world’s big cities and made for the outback in a film that focuses on the exploitation of the River Darling (Baaka), Australia’s third-longest river.

For millennia, the Baaka has supported both human and animal life in New South Wales. There are many archaeological remains of discarded oyster shells and fire pits along the river’s edge which date back thousands of years. 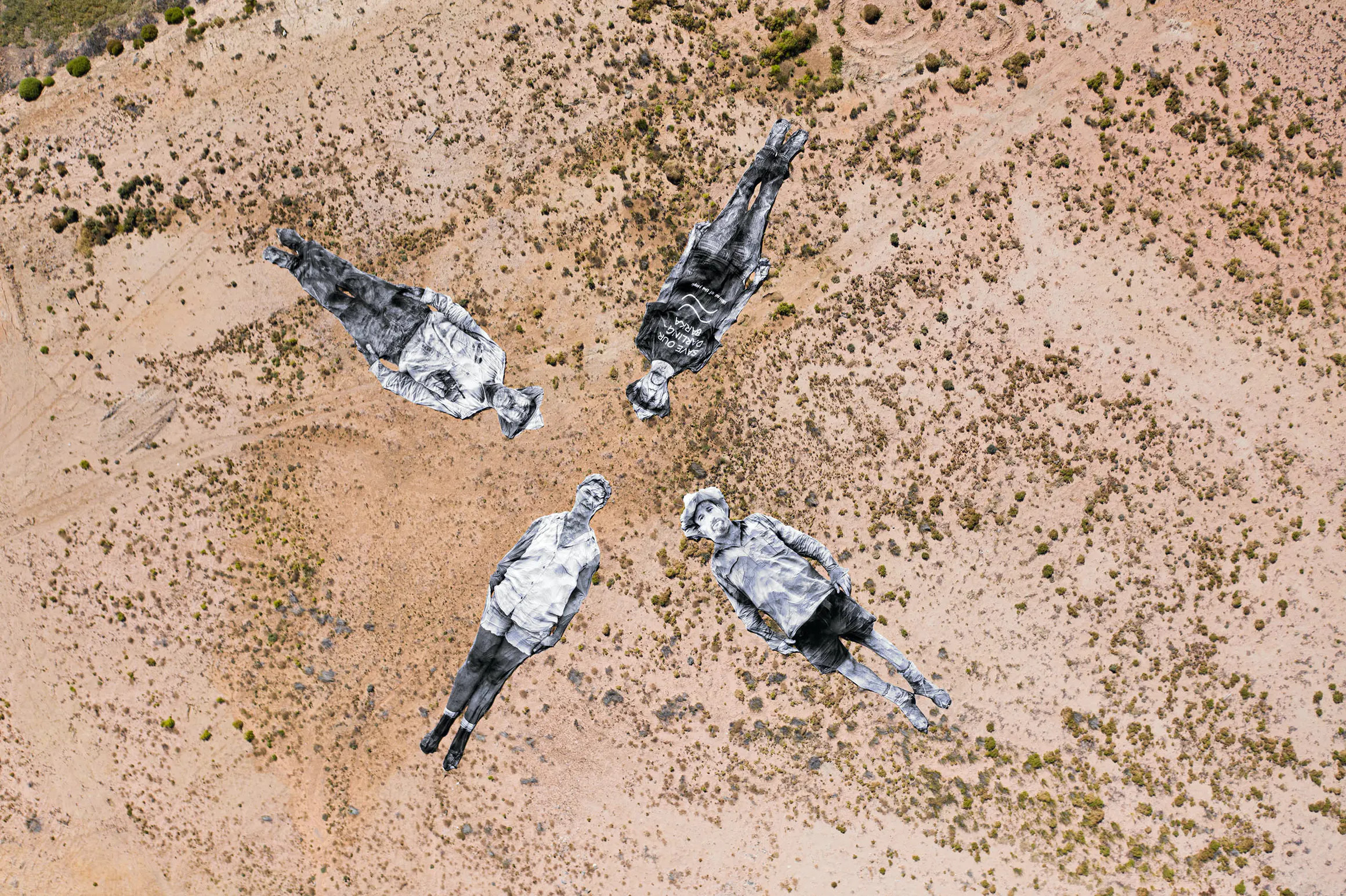 A still image from JR's Homily to Country

However, in recent times, this old waterway has run dry, due in part to climate change, as well as the Government allowing water to be drawn off the Baaka for irrigation. Local farmers, fruit growers and members of the indigenous Barkandji people have all suffered due to the falling water levels. Now, thanks to JR, the wider world will learn of their plights.

The artist’s new film, Homily to Country, captures the unfurling and carrying of a series of 30-metre (98 ft) black-and-white portraits of local fruit growers Rachel Strachan and Alan Whyte, farmer Wayne Smith and Barkandji elder Badger Bates. The huge photographic images are carried around the desolated landscape of Lake Cawndilla, which is fed by the Baaka.

Aerial footage is intercut with an address from Bates, who describes both the river’s ancient history and its modern diminution, in a powerful but simple piece of filmmaking that highlights a little-known group of people and their plight. 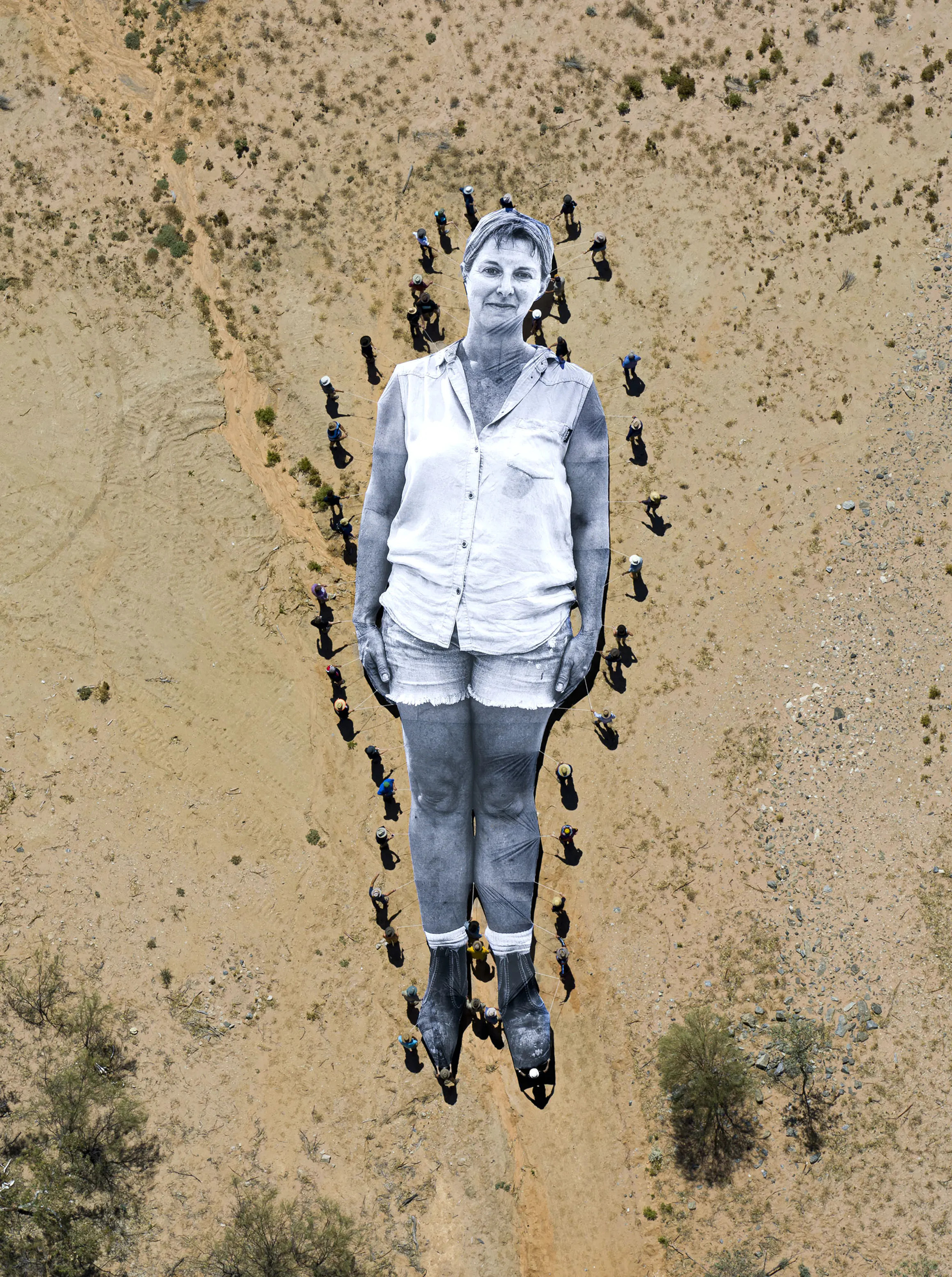 A still image from JR's Homily to Country

You can watch the film here. You can find out more on this important artist by getting a copy of our newly expanded and updated book, JR: Can Art Change the World? If you know some kids who'd like to learn about JR they can do via his introduction to ordinary people around the world, How Old Am I? 1-100 Faces From Around the World. It’s the first-ever children’s visual reference book on age – and a unique celebration of the diversity of humankind across the globe. 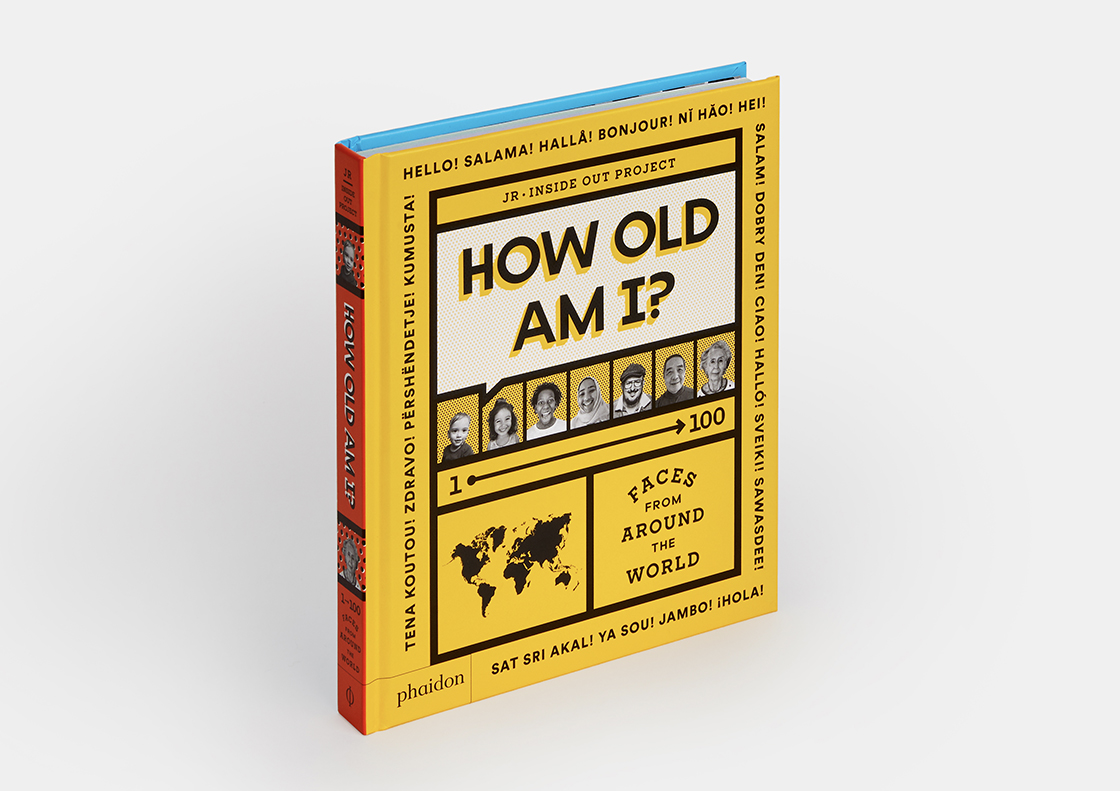 How Old Am I?: 1–100 Faces From Around The World JR and Julie Pugeat

A first-ever children's visual reference book on age – and a unique celebration of the diversity of humankind around the globe. Created by the iconic street artist JR for young readers aged 4-8.

For young children, the concept of age is abstract when they don't have a relatable context ... until now! This unique book showcases the faces and life stories of 100 people from around the world, organised by age, from a one-year-old to a centenarian, giving children a visual and descriptive reference point for each age. Striking close-up black-and-white portraits are paired with read-aloud text that shares personal experiences, wishes, memories, and emotions, leaving readers with an appreciation and understanding of the ageing process. Specially created by cult street artist JR for young readers aged 4–8

JR is the enigmatic Parisian artist/activist behind some of the world's most provocative largescale public photography projects. His work appears around the world, most recently at the Brooklyn Museum and at San Francisco's MoMA.

Julie Pugeat is JR's Studio Director and a mother of two, based in Annecy, France. She collaborated with JR on Wrinkles, her first critically acclaimed picture book for young children.

"The book is beautiful and borders on the profound." - Kirkus Review

"The French artist's new book introduces people from around the world from the ages of one to 100." - Creative Review

"A perfect conversation-starter for ever-curious children about growing up and growing older." - FAD Magazine

"A gorgeous book that reveals our common humanity no matter where we're from or how old we are." - The Irish Examiner