Daan Roosegaarde is an artist with a global outlook. His works often use contemporary technology to tackle problems facing all of us, such as air pollution or sustainable power production, and he’s staged well-received projects across the globe.

However, he was born in the Netherlands, and certain aspects of his homeland have, inevitably influenced his work. “Because one-quarter of the Netherlands is below sea level and 60 per cent of the land is susceptible to flooding, the Dutch, by necessity, became perhaps the most brilliant designers and architects of water control in the world,” writes Professor Carol Becker in our new Daan Roosegaarde Contemporary Artist Series book.

“That the Netherlands exists at all is made possible by various technologies, such as dikes, dams, windmills, canals and floodgates. Technology has restrained Holland’s rivers and kept the sea at bay for centuries, thus allowing agriculture and commerce to flourish. Nature, for the Dutch, is surely romantic, the subject of glorious Golden Age landscape painting, but it is not ‘natural’. Rather, it is constructed by a highly regulated and miraculously engineered system to keep the land dry and water under control.” 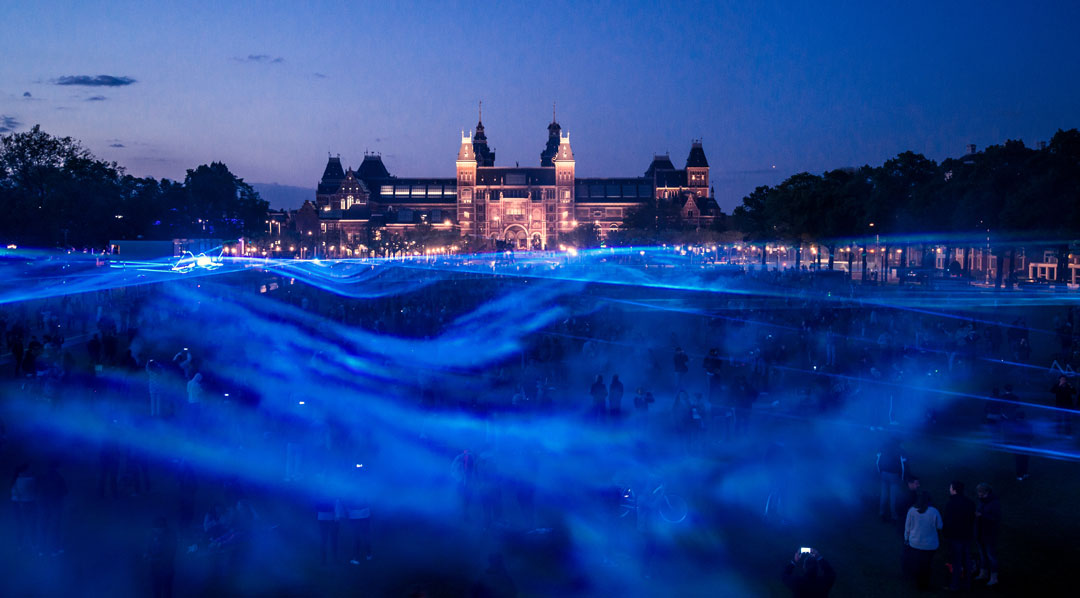 Roosegaarde’s 2015 work Waterlicht, gives viewers insight into what the world might look like, were we to lose that control. The installation, which translates from the Dutch as ‘water light’, consists of a series of LEDs, special lenses and a little artificial mist, which, when set up correctly generates layers of water-blue light.

"The work was conceived as an attempt to present what would happen if the water level rose in the Netherlands,” explains Becker, “but given the planetary scale of global warming, it has urgent relevance anywhere in the world.”

Waterlicht has been staged in Manhattan, Paris and London, among other places. In some instances, it mimics the likely rise in sea level, in the event of unchecked climate change. On other occasions, though, it simply recreates recent watery disasters.

“In New York, Waterlicht was positioned to reflect the water levels reached by Hurricane Sandy, the storm that devastated lower Manhattan, Staten Island and parts of Queens and New Jersey in 2012,” writes Becker. “Sandy destroyed many homes and buildings, making the inevitability of future flooding obvious to residents, many of whom decided not to rebuild on these marshland locations.” 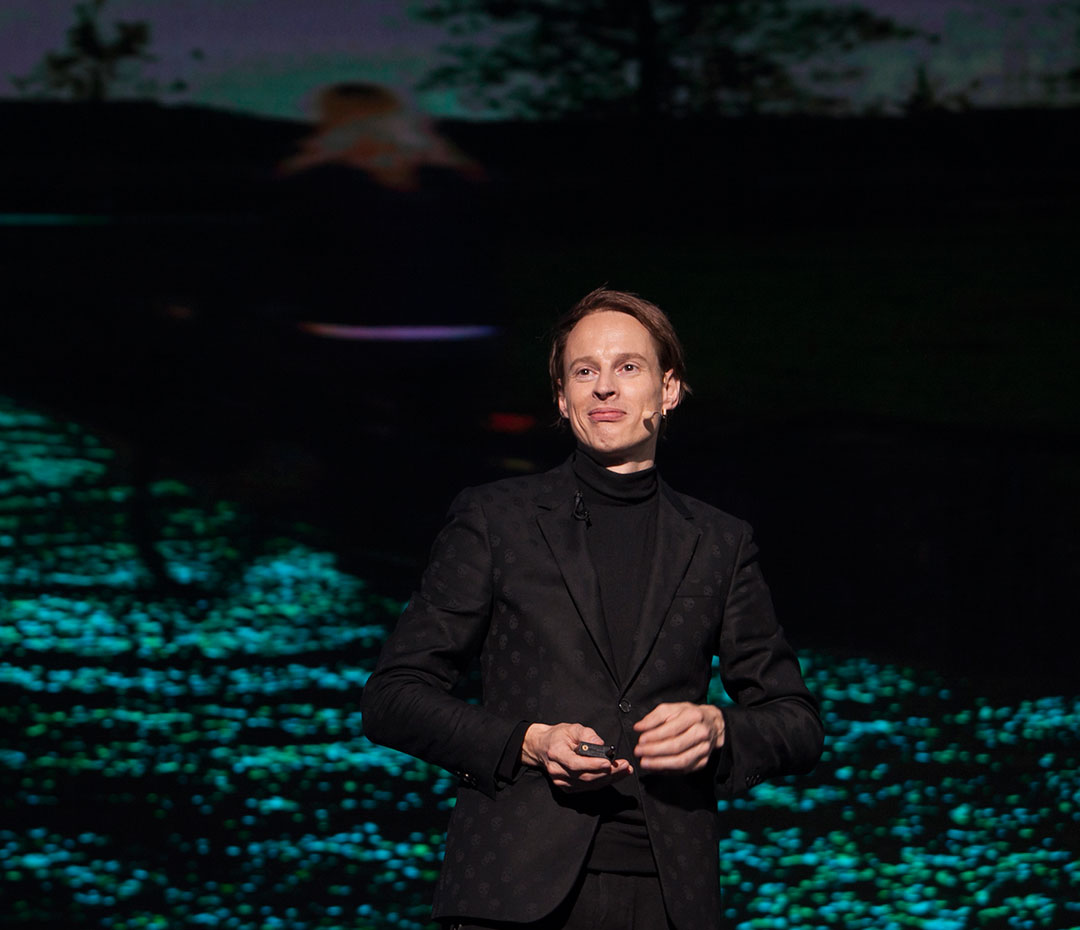 Climate change is a difficult subject for artists to tackle; the urge to preach or terrify audiences is strong. Roosegaarde’s work is remarkable, in that it simulates a likely ecological disaster, but also allows viewers a little breathing space to dream too.

“People talk about the water, about how scary global warming is, about the possibility of making floating cities,” says Roosegaarde in our book. “So we end up with 60,000 people on one night in Museum Square in Amsterdam thinking about the future together. And it’s not because of an app or a politician telling you something. No, it’s all because of an art installation generating a collective experience. It shows the impact we can have on the world, both in a positive and in a negative way.” 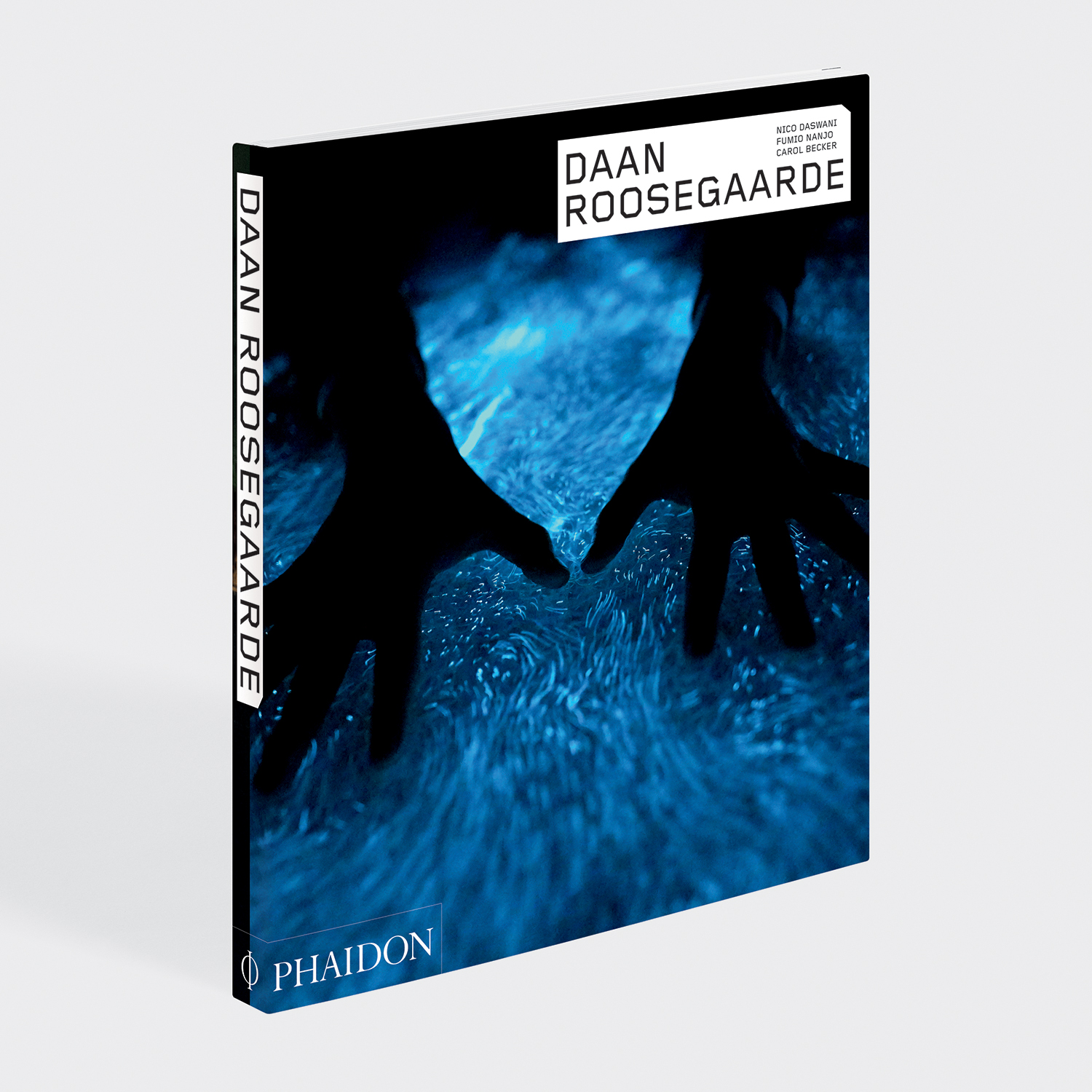 For more on Roosegaarde’s art and its impact, order a copy of our Daan Roosegaarde Contemporary Artist Series book here.

More on Daan Roosegaarde’s beautiful insight into a scary future 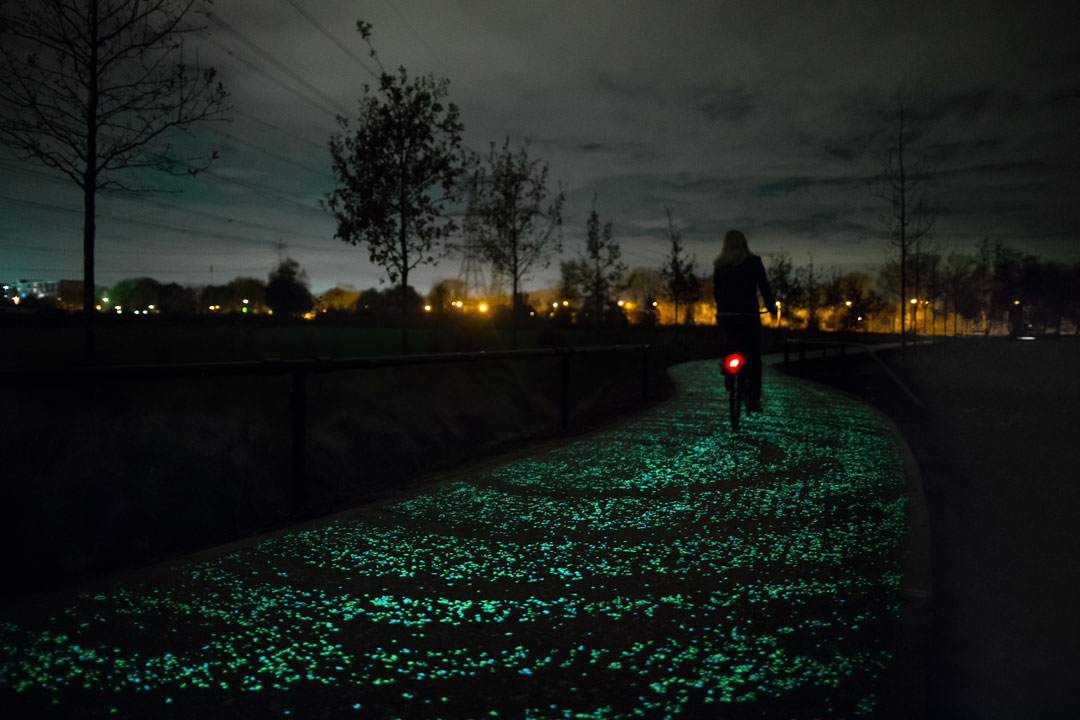 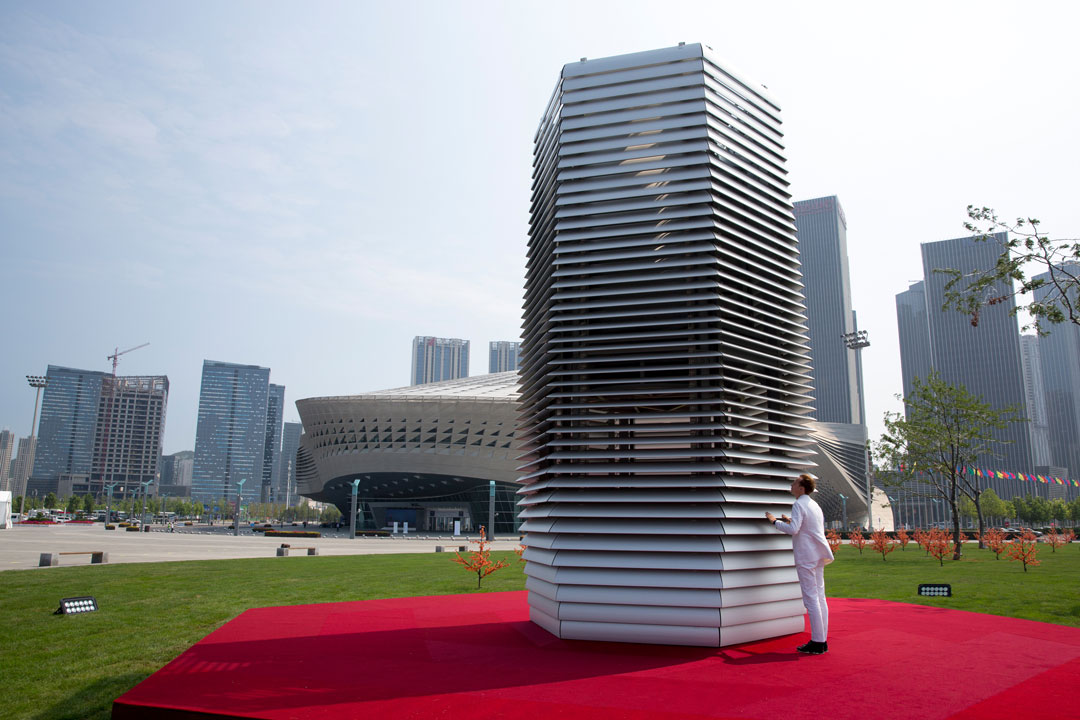 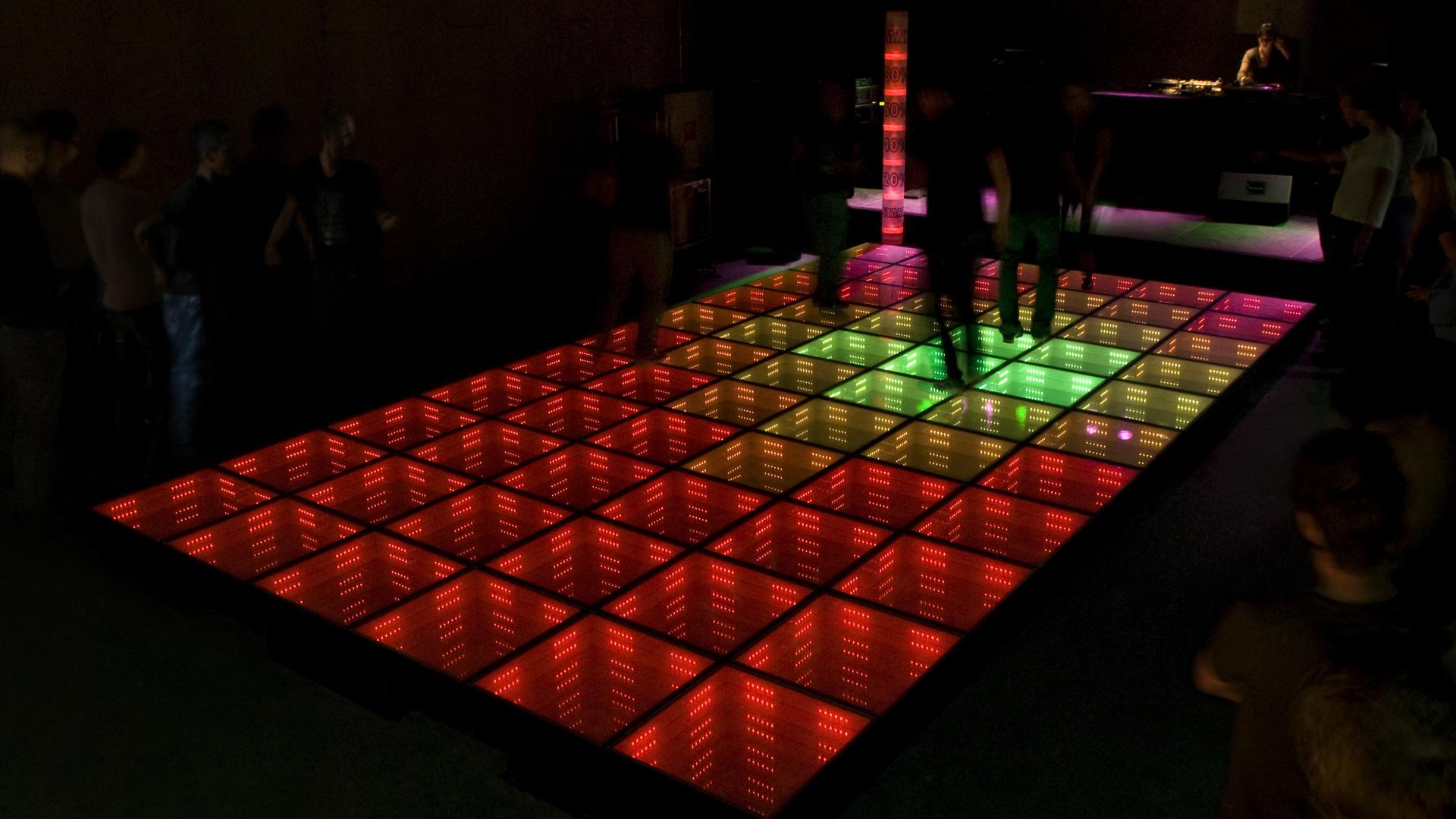