Although they could quite reasonably be considered sculptures, or collages, or weavings, American artist Josh Blackwell sees his ‘Neveruses’ artworks as falling most naturally into the category of painting. As with painting, each one is a precise arrangement of colour and form, line and texture. They consist – like most traditional painting – of a woven surface adorned with colourful marks, except that in this case, instead of canvas and paint, the surfaces are formed from woven plastic bags and the marks are produced by the threads stitching the ensemble together.

Blackwell’s ‘Neveruses’ irreverently subvert almost every aspect of conventional painting. The artist calls them ‘queer’, alluding to painting’s historical designation as a dominant, male-gendered art form, while craft was typically considered marginal and female. As their title acknowledges, the ‘Neveruses’ scramble the functional/non-functional divide that classically separates craft from art, rendering a humbly utilitarian object – the supermarket- or corner-shopdispensed plastic carrier bag – proudly useless through weaving, knitting and embroidery techniques that were historically used by women for the fabrication and repair of bedding and clothing. Blackwell stitches bags shut by embellishing them with silk thread, wool yarn, patterned fabrics and other coloured plastic bags, resulting in an amorphous outline that is only sometimes recognizable by its handles.

By removing its use-value, Blackwell paradoxically elevates the cultural status of materials that might otherwise be considered garbage. Unlike most paintings, the ‘Neveruses’ have two sides, neither subordinate to the other, and although they may be hung on walls, Blackwell also frequently displays them freestanding on pedestals.

In 2009, as part of his solo exhibition at New York’s Rachel Uffner Gallery, he even hung his ‘Neveruses’ from a tree in a nearby alley. Environmentalism – an inevitable association of plastic bags – is an underlying theme in Blackwell’s work. Colossal trash mountains and ocean gyres of plastic are commonly used symbols of the human race’s dereliction of care towards the planet. But Blackwell’s work is never preachy or pious, and it avoids such on-trend terms as ‘upcycling’. Instead, by reinventing materials that are seen as both environmentally toxic and morally compromised, he claims a space for his own conception of beauty and pleasure, one that is perhaps not hampered by concerns with social morality, but rather is guided by private conviction.

Here, the Vitamin T: Threads and Textiles in Contemporary Art featured artist tells us why there's a renewed interest in textile art, the role tactility plays in his work and what it was like weaving on one of Anni Albers's looms. 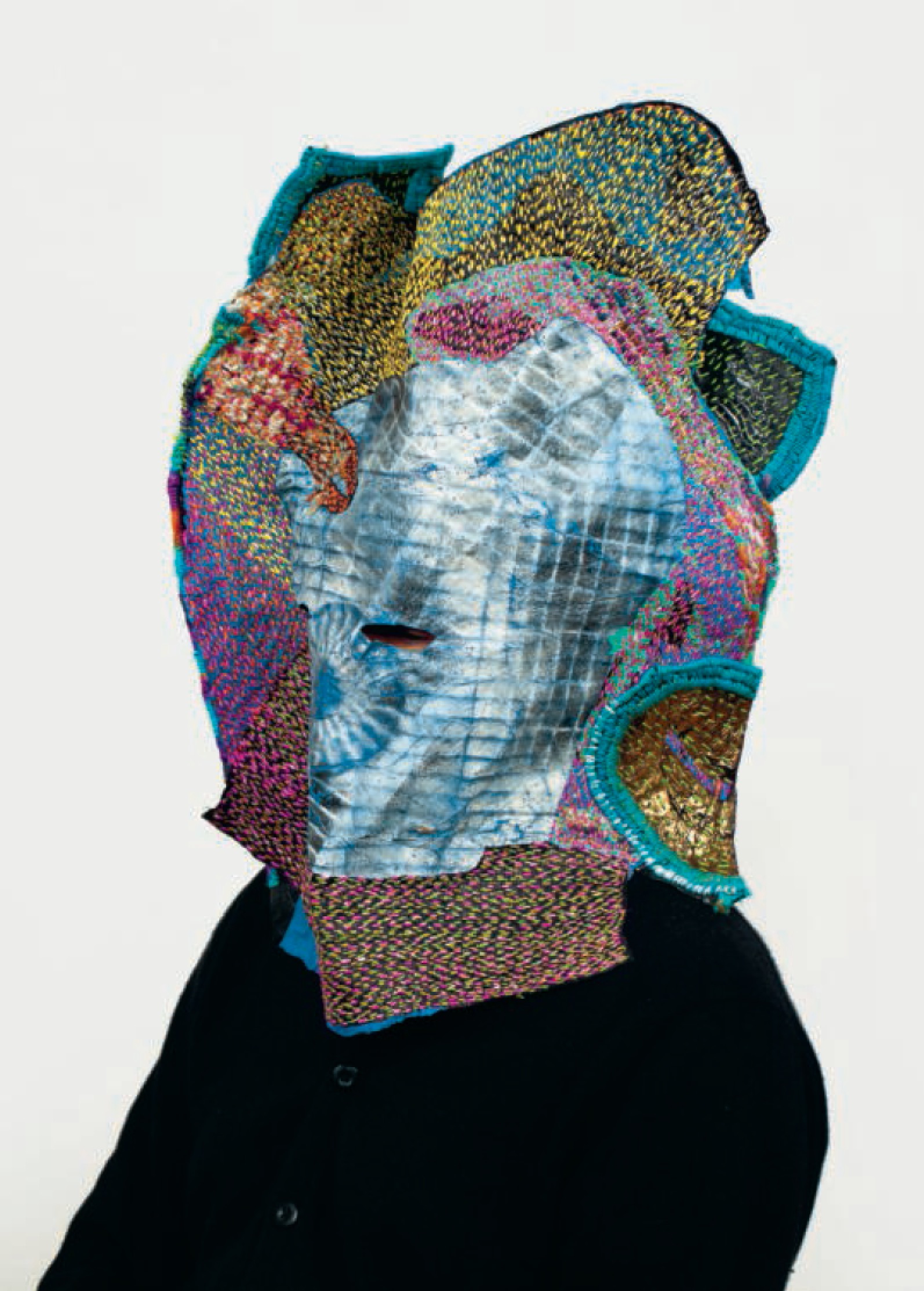 Who are you and what’s your relationship with threads and textile art? Like most humans, I interact with textiles on a daily basis through touch, sight, and use. From the duvet I sleep under to the clothing I wear to the fashion I consume and the household I maintain,  textiles are an ever present index of lived experience.

What part does the tactility of the material play in your desire to work with it?  The comparison to paint is significant to me as I tend to think of my work as being in dialogue with painting. I was trained as a painter and currently teach painting. Tactility is a form of access - it demystifies the art object by inviting physical contact.

Why do you think there’s an increased interest in textile art right now?  In a world of increasing alienation and loneliness, the physical connection suggested by textiles is politically meaningful and spiritually necessary.

Everyone uses textiles in their daily life, does that help or hinder their standing as a fine art material?  It depends on who you are asking. Within the Modernist paradigm textiles have been disparaged as pedestrian, feminine, ephemeral, queer, exotic, decorative, and/or superficial. Modernism’s troubled relationship to textiles is very interesting to me as a person who has faced similar dilemmas. I think textiles are compelling to me because I see parallels between their social history and my own daily life. 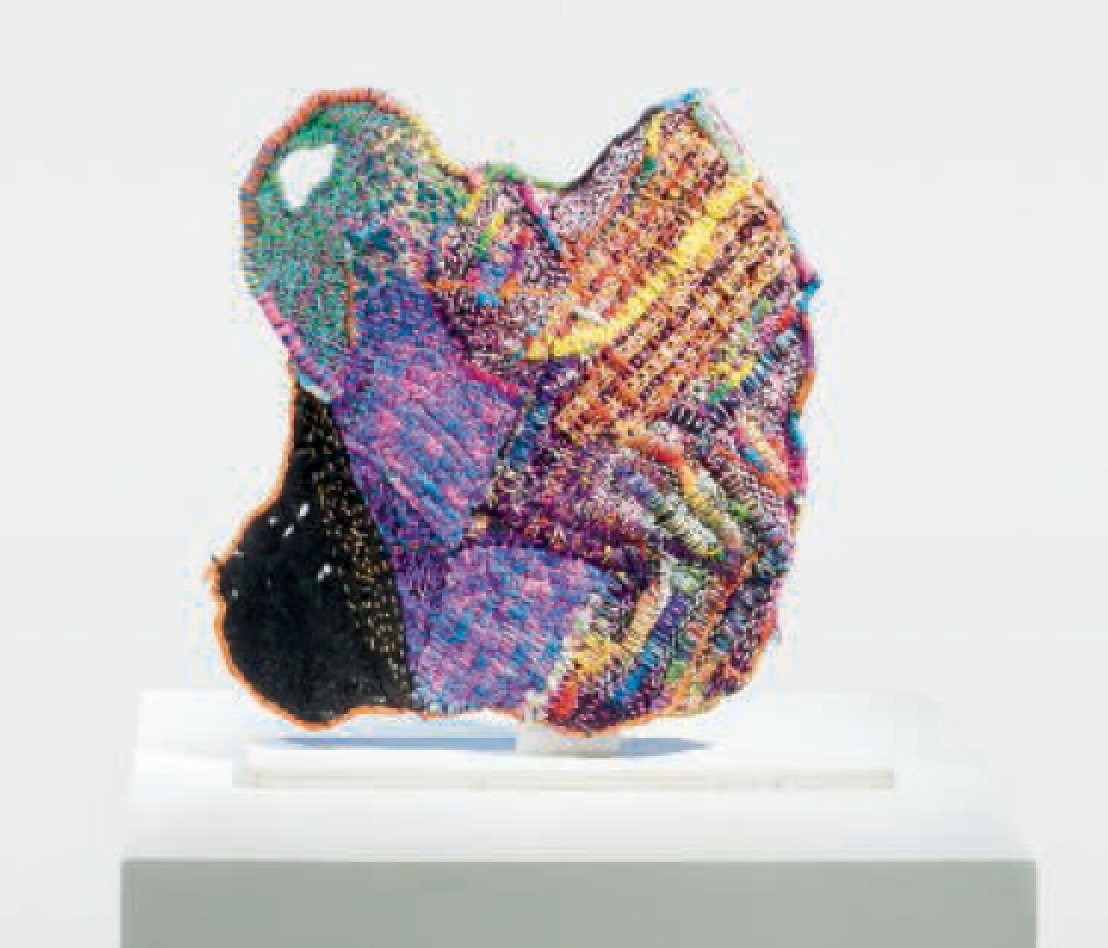 Whose textile art do you admire?  In 2016 I was invited to a residency at the Josef and Anni Albers Foundation in Connecticut. There I was offered the chance to weave on one of Anni Albers’s looms. Through my feeble attempts to better understand her working process I came to appreciate how much of her work is predicated  upon the delicate balance between careful planning and a willingness to experiment. I love the leno weave pieces especially. The works are visually and technically confounding to me - which I find tremendously satisfying.

What are the particular challenges and rewards of working in this medium? That people still don’t take it seriously. And that I am expected to provide a rationale for textiles as a “serious” art form.

What is specific about the long term care of textile work for a collector?  Treat it as you would a photograph - no direct sunlight and no extreme temperature shifts.

What’s next for you, and what’s next for threads and textile art?  I’m working on a solo exhibition at Kate MacGarry in London in January of 2020. 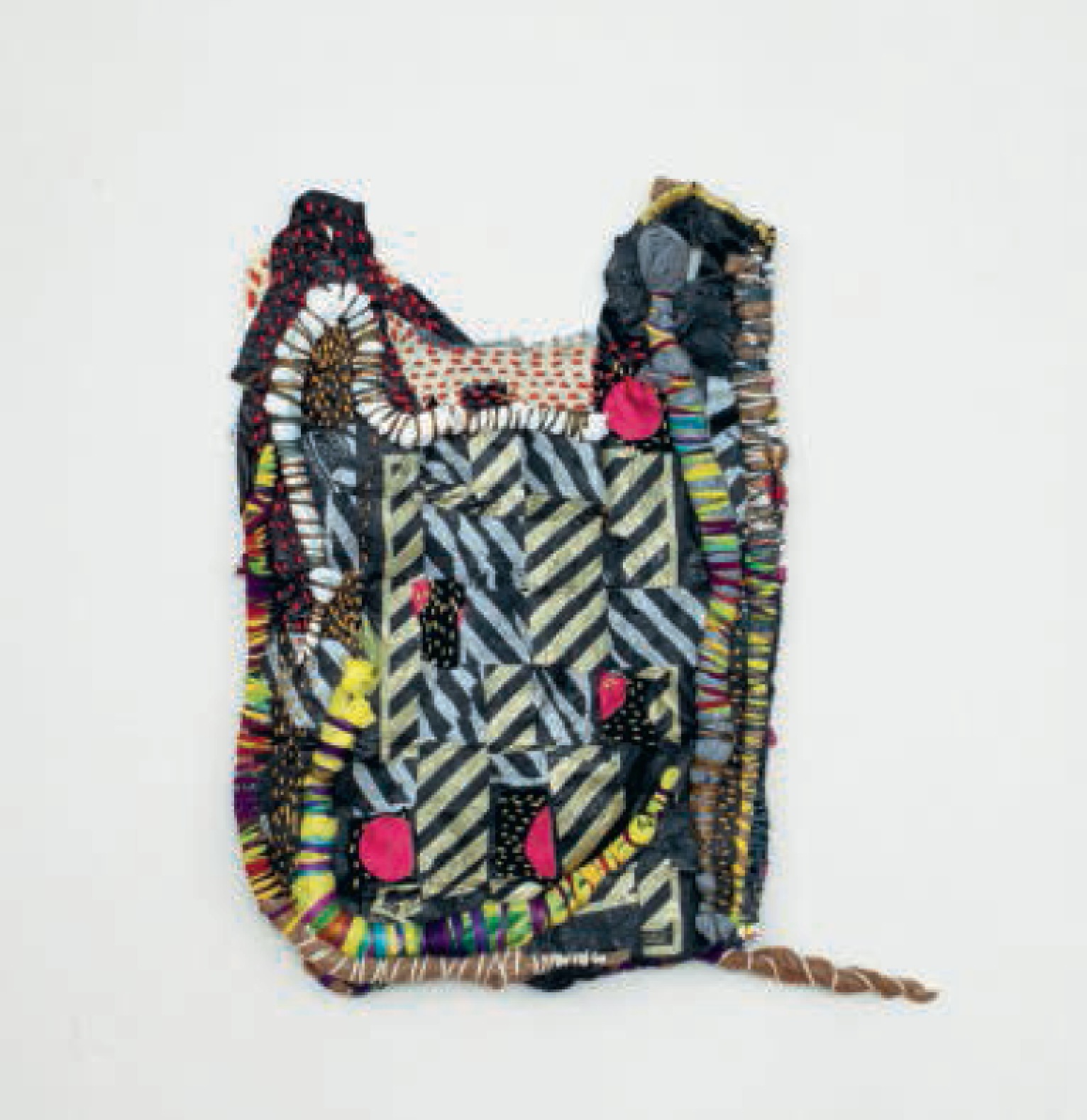 Vitamin T is a global survey of more than 100 artists, chosen by art-world professionals for their work with threads, stitching, and textiles

Celebrating tapestry, embroidery, stitching and textiles as used by visual artists worldwide, Vitamin T: Threads and Textiles in Contemporary Art is the latest in the celebrated series in which leading curators, critics, and art professionals nominate living artists for inclusion. Vitamin T is a vibrant and incredibly timely survey – the first of its kind. 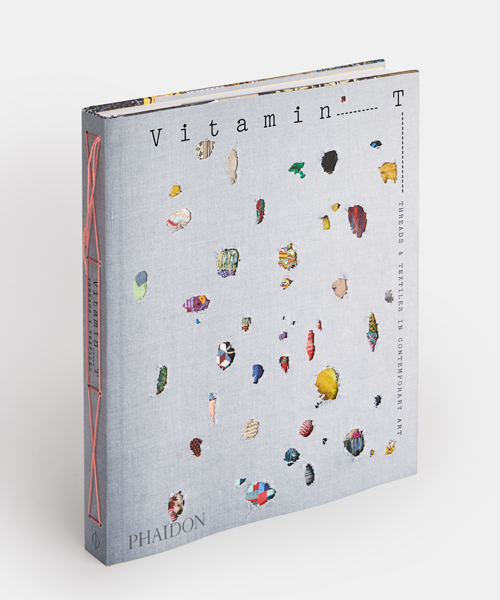 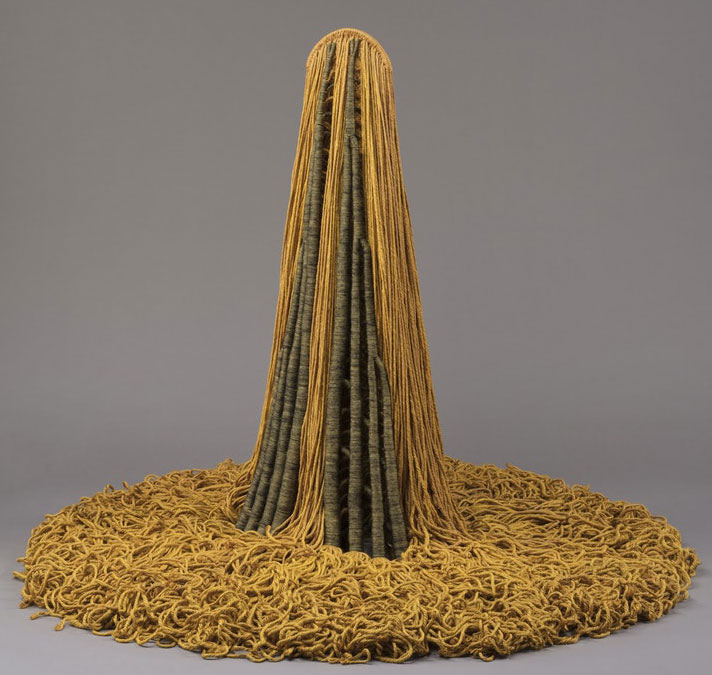 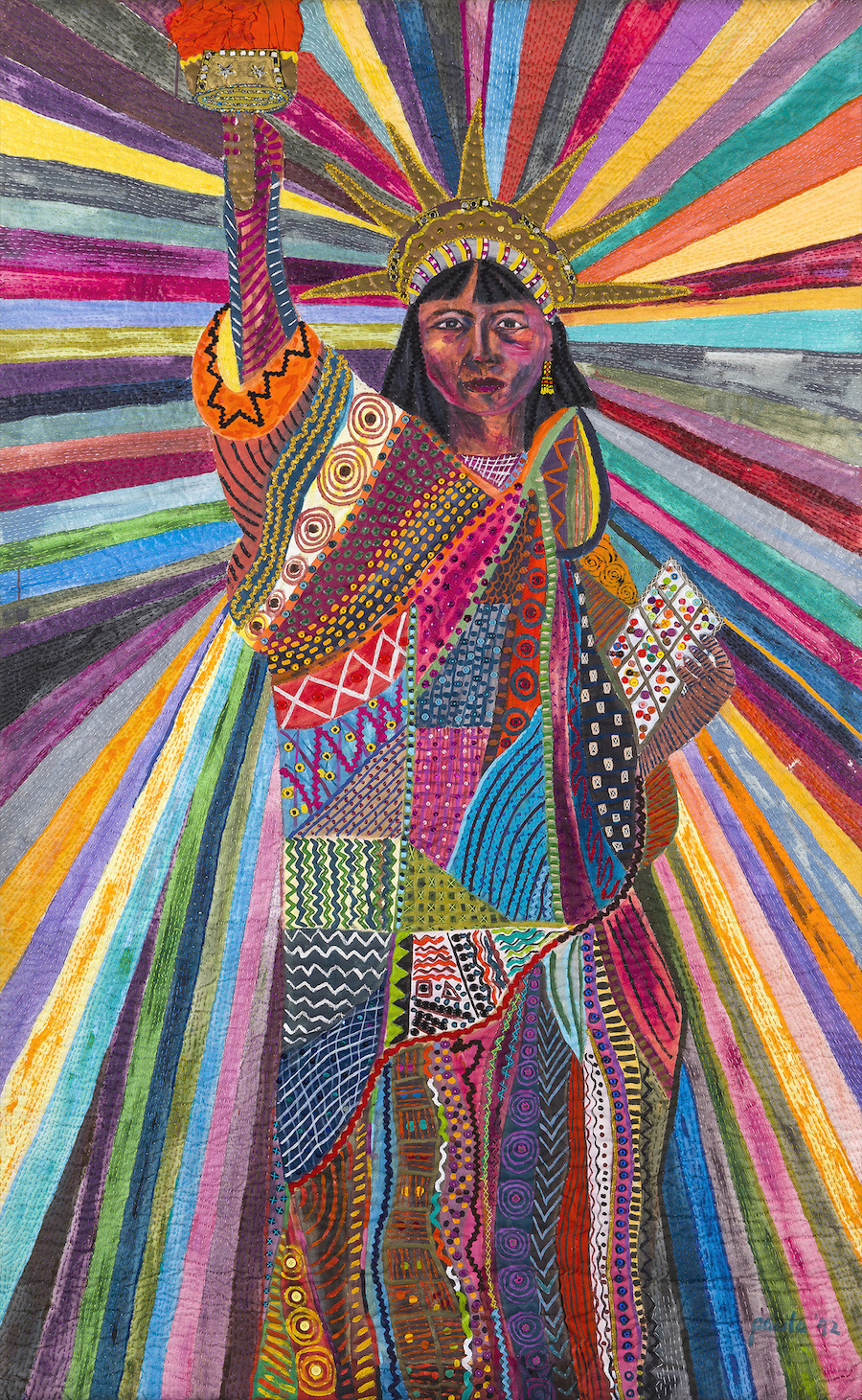 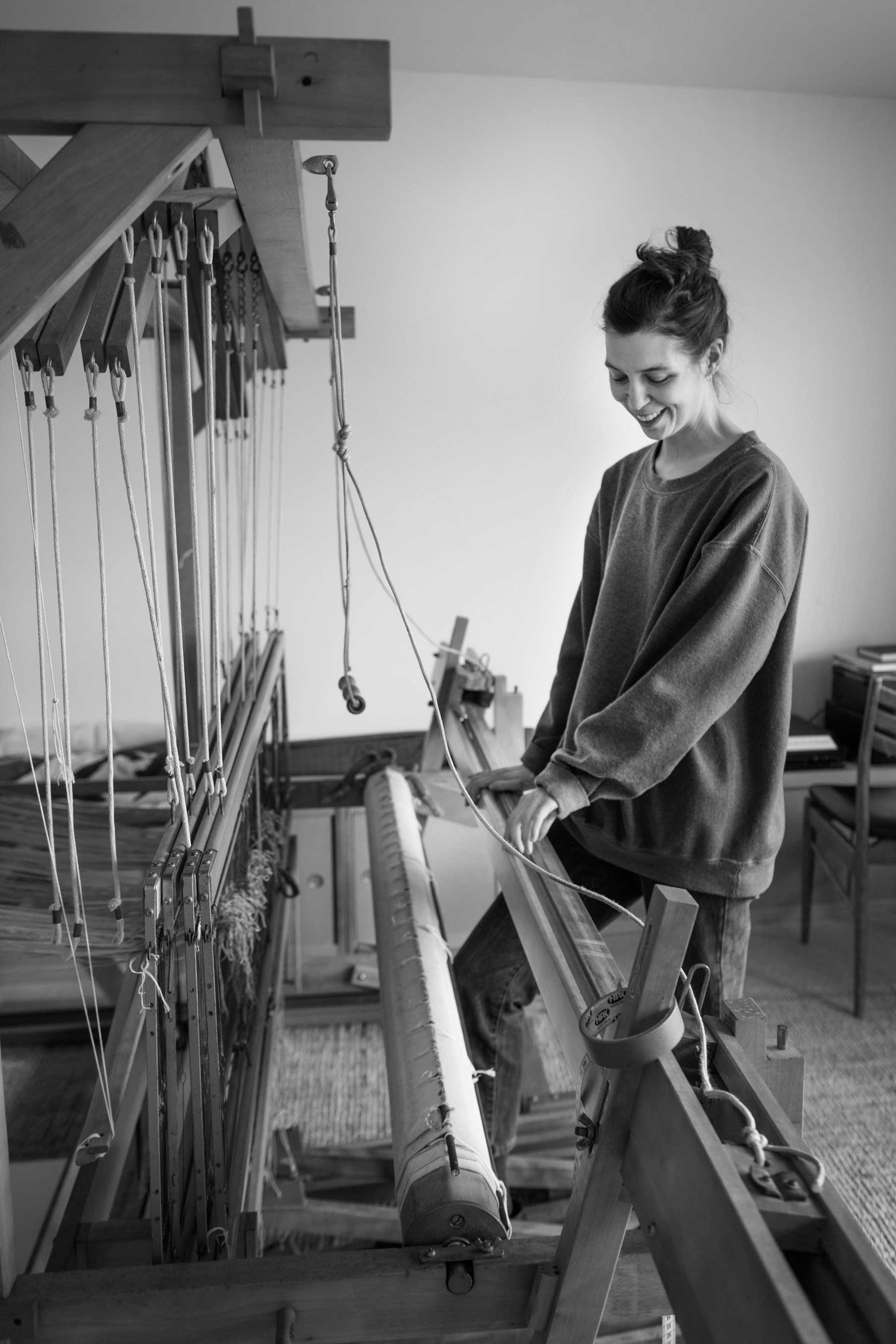 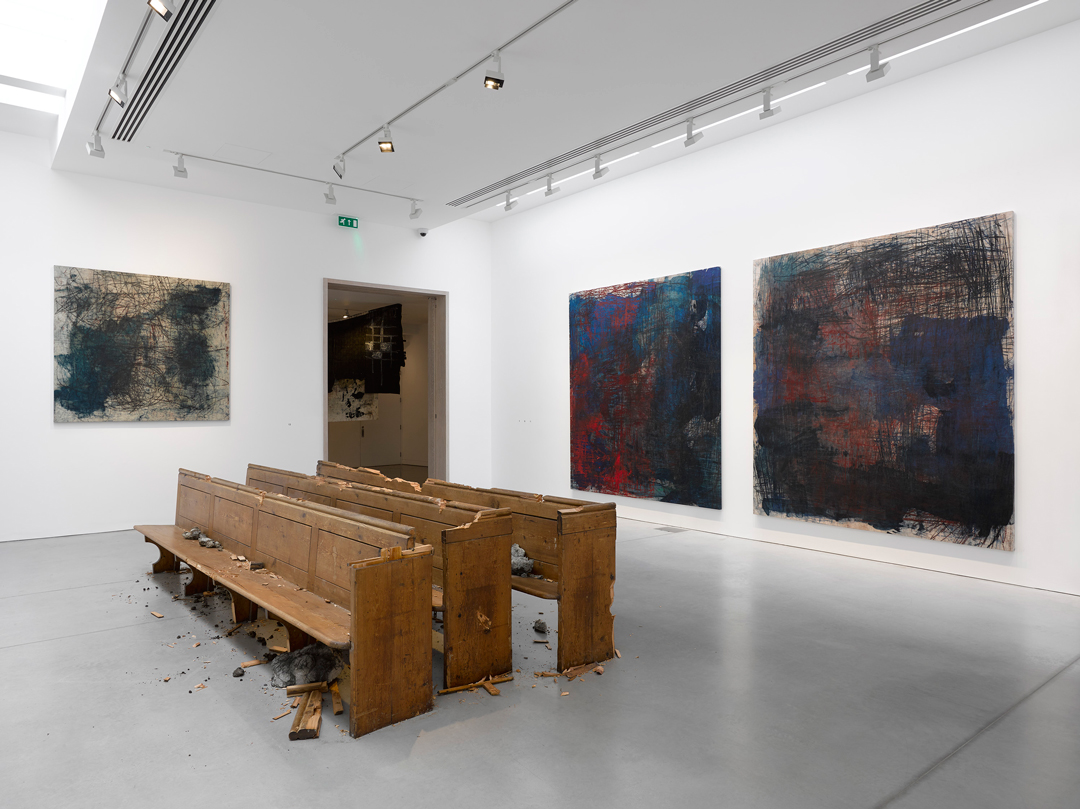 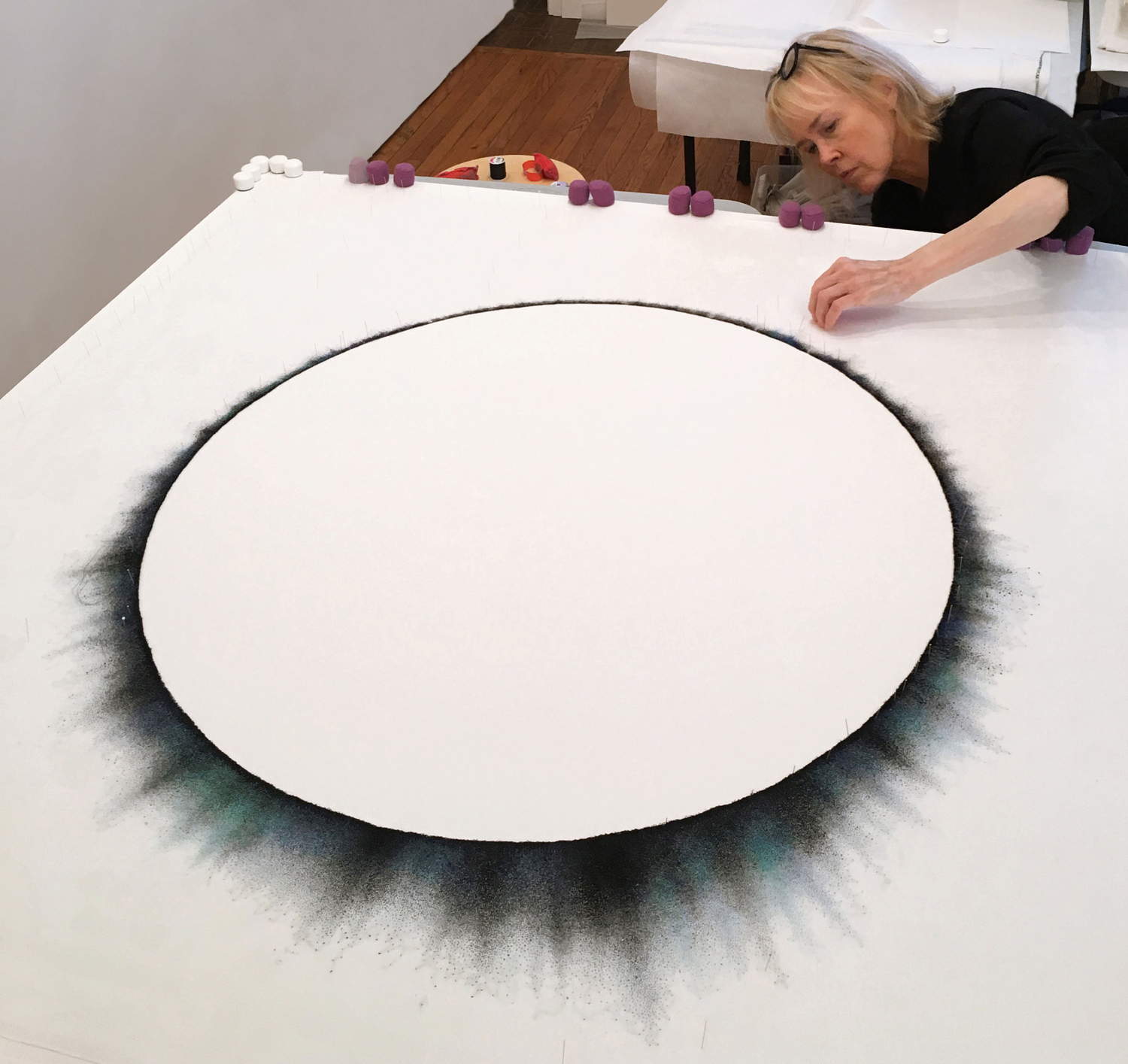 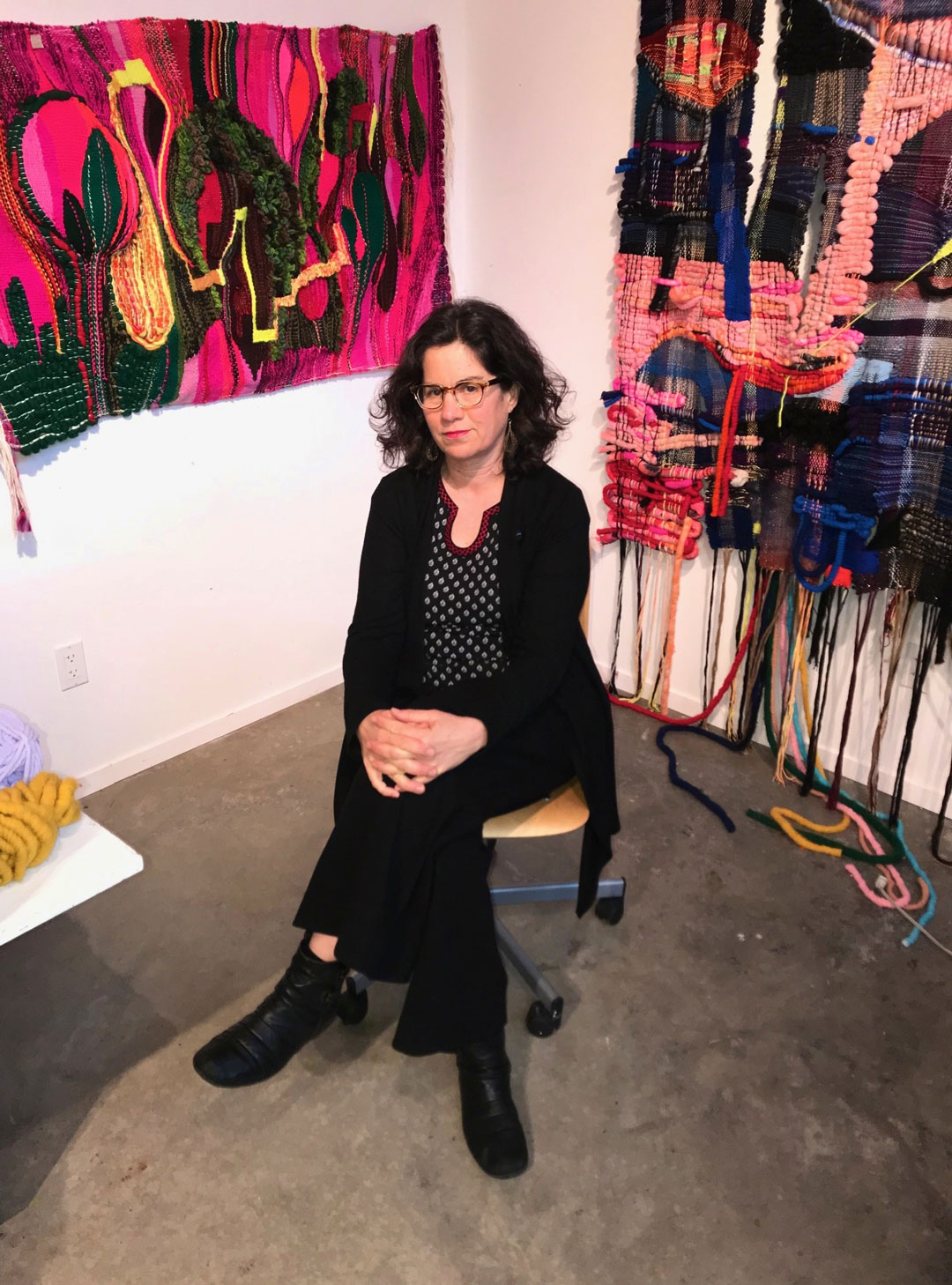 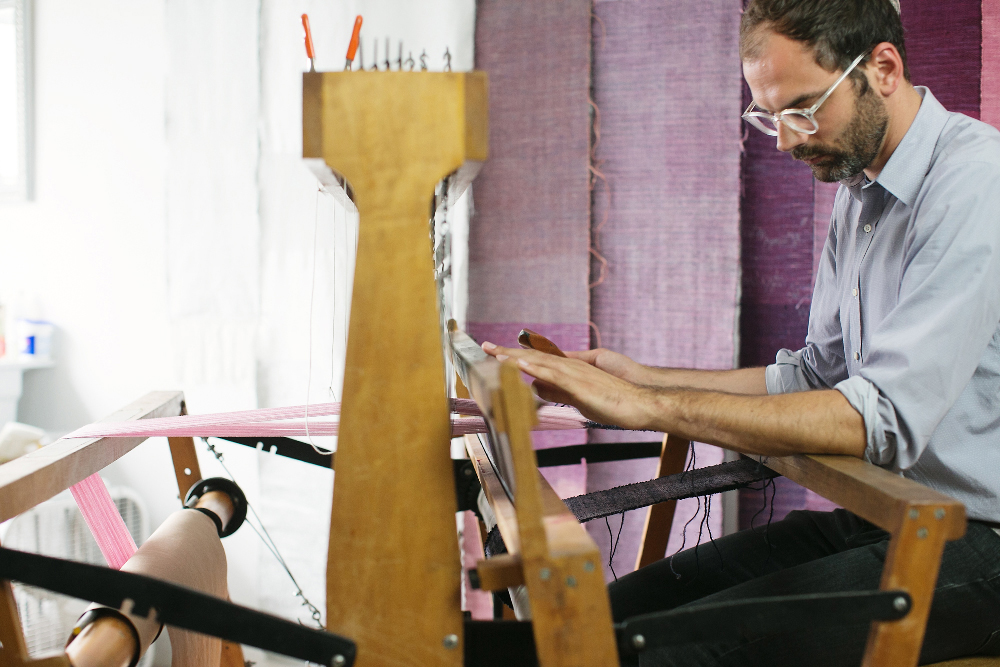 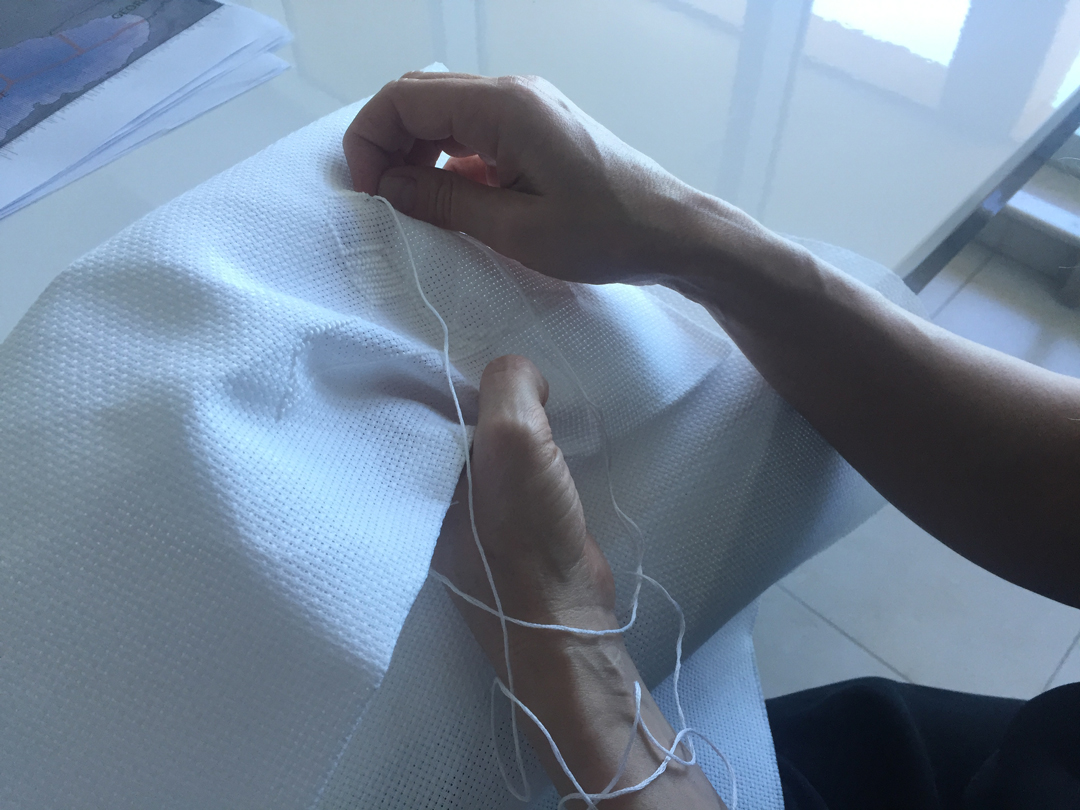 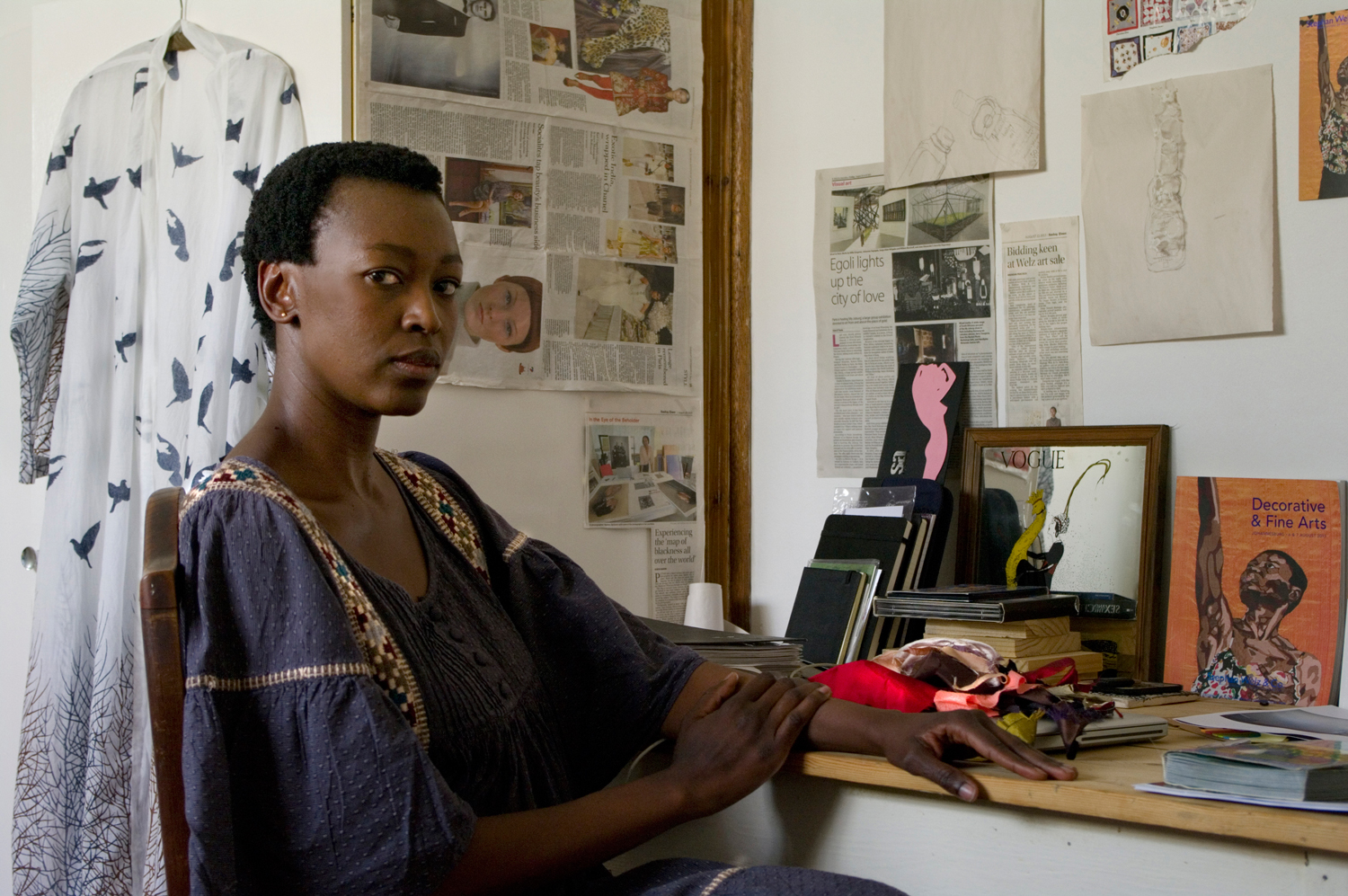 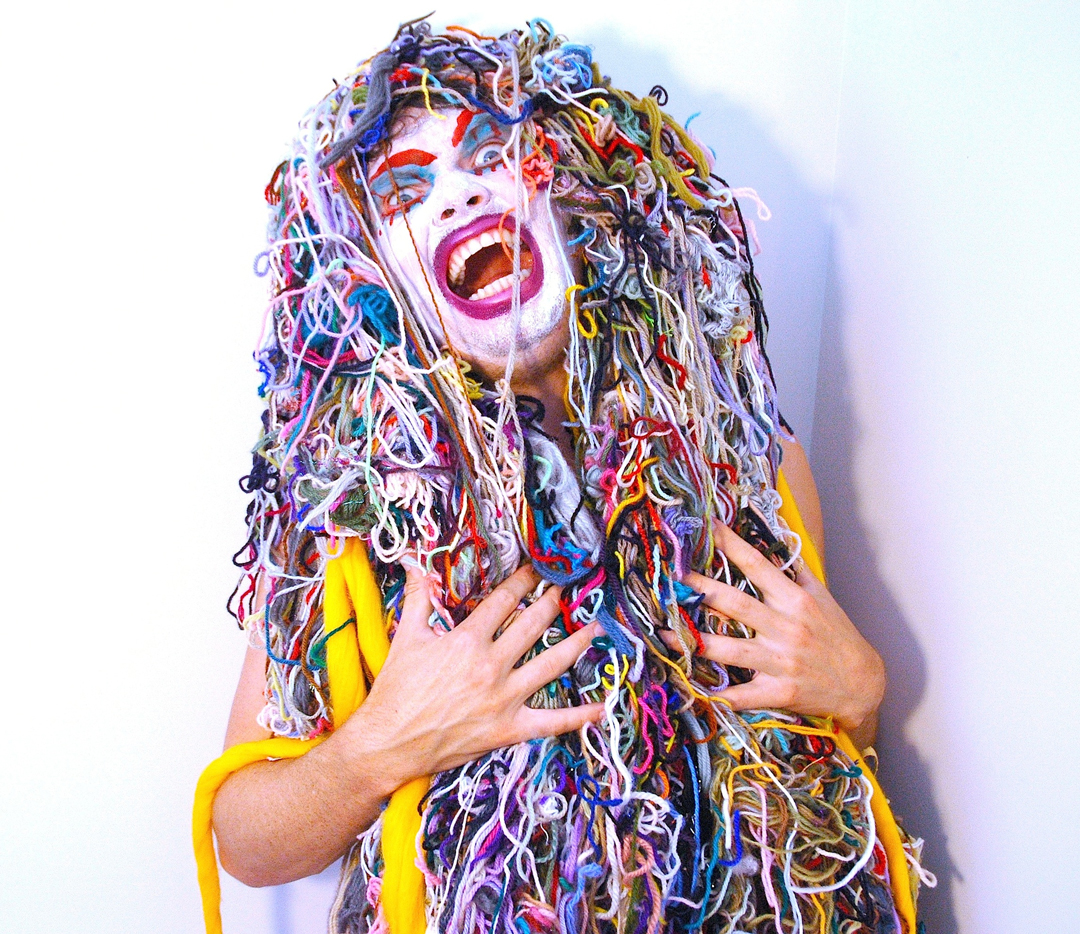