Unfairly criticised when it was exhibited 20 years ago, Untitled XIX went for a cool $14m at auction this week

$14,262,500 seems like a lot to pay for anything that's less than universally accepted to be an absolute masterpiece. But that was the sale price at Christie’s recent Rockefeller sale for Willem de Kooning’s 1982 painting Untitled XIX.

The figure is notable, because when de Kooning’s 1980s paintings went on show at MoMA in the spring of 1997, not everyone was complimentary, as our book Willem de Kooning A Way of Living makes clear.

De Kooning died during that show’s run, on 19 March 1997 aged 92, after suffering from Alzheimer’s for some time. The diagnosis, combined with the stark change in style de Kooning adopted in the 1980s, caused some to dismiss his bold, clean-lined works as symptomatic of his mental decline.

However, this late style, which was quite distinct from de Kooning’s preceeding works, was actually a result of clearer thinking.

As our book’s author Judith Zilczer explains, de Kooning produced only seven paintings in 1980, as he wrestled to control his drinking habit. He also rethought his creative methods, following troubling reports that some his earlier works, which he had created by mixing commercial house paint with conventional oils, might not stand the test of time.

“When de Kooning resumed painting regularly in 1981, he embarked on a series of bold yet lyrical abstractions unlike any work from the preceding eighteen years,” writes Zilczer. “The churning surfaces and heavily built-up passages of paint vanished. In their place, a new calligraphy of arabesques graced the smooth expanse of thinly painted, luminous white and subtly modulated fields.” 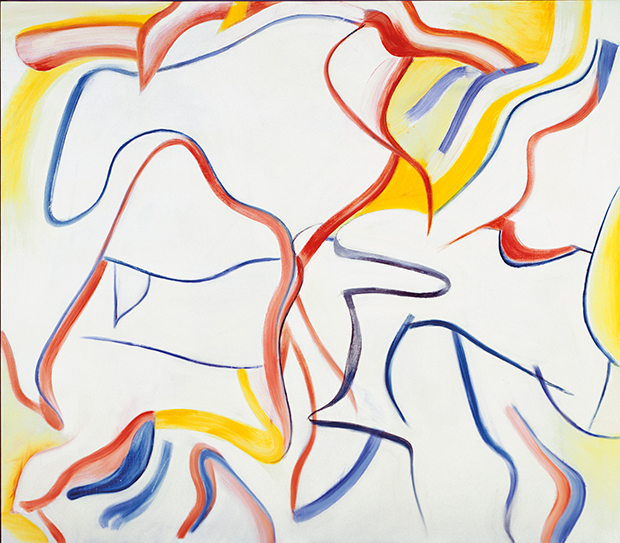 “Abandoning his practice of whipping paint emulsions in bowls, de Kooning now mixed tube paint directly on a glass palette and applied his colours with brushes or spatulas to build up surfaces; he then deployed a house painter’s knife or palette knives to manipulate and srape away pigment and would occasionally sand over passages.

“The ethereal luminosity of de Kooning’s new work resulted from a deliberate choice by an ageing painter. Having banished fluid emulsions, mixed media and heavy impasto from his paintings, de Kooning returned to a more conservative studio practice that would stand the test of time.”

Part of the difficulty many had with these paintings – created between 1981 and 1988 – was that they looked so unlike the works that had made the artist famous. Instead, these late works were, as the US critic Peter Schjeldahl put it “a magnificent affront to reasonable expectations.” Nobody would have predicted these largely white canvases, with their clean lines and bold colours, came from the abstract expressionist painter who also created Woman I.

Of course, informed commentators recognised the brilliance of these paintings at the time. “De Kooning’s recent canvases now enter the public domain of late-style miracles in the pantheon of Western painting,” wrote the US critic Robert Rosenblum in 1986, likening the “ethereal simplicity” of the works to the late styles of such Old Masters as Titian, Rembrandt and Turner.

Others added Matisse to that list, comparing the frail French painter’s beautiful cut-outs – also made when Matisse was in his dotage – with de Kooning’s 1980s output. Others, such as the New York Times’ John Russell, understood how, in these new pieces, “a firm architect stands still and stable,” and “in place of ostentatious energy, there is a new sparseness of statement.” 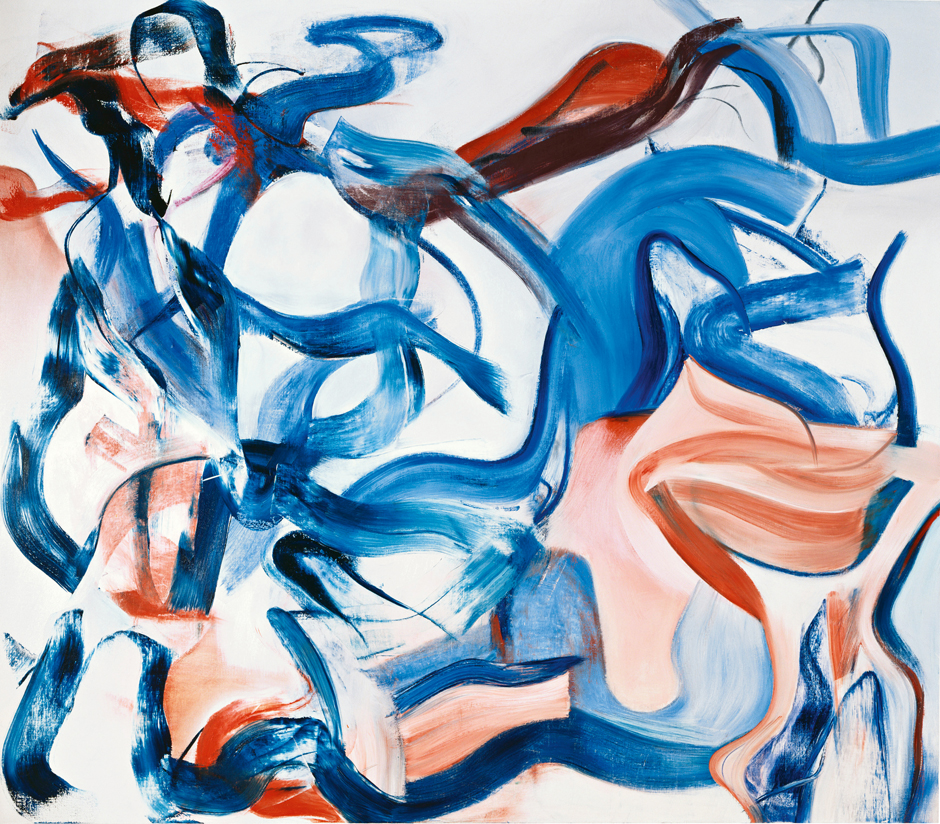 Recently, with exhibitions such as the 2013 Gagosian show of works made between 1983 and 1985, have these late works been as prized as highly earlier paintings by the abstract expressionist.

Some even see these late de Koonings as being among the best the artist ever created. “It was arguably one of his most productive periods,” explains Zilczer, “both in terms of the quality and quantity.” 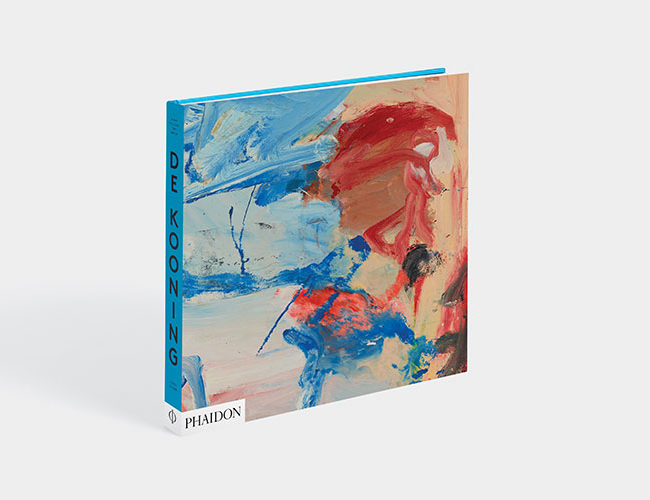 De Kooning A Way of Living

For more on de Kooning, order Judith Zilczer's book here; for more on Christie's get this title; and for more on collecting art, consider buying this.