When Marlene Dumas saw herself as banal and evil

Marlene Dumas’s 1984 self-portrait might remind you of many things: women, hair colour, slightly coquettish expressions. Yet it really doesn’t bring to mind the Nazis.

So why did she choose Dumas – who celebrates her 65 birthday today – choose to name this painting Evil is Banal, echoing writer Hannah Arendt famous description of Adolf Eichmann, one of the Holocaust's chief organisers?

“She is looking back over her chair, her chin resting on her hand, her eyes fixed on something that remains out of sight,” writes Boogerd in our Dumas monograph . “Her blond curls, painted like [Post Impressionist Pierre] Bonnard’s blossoming mimosa, create a shimmering halo; the countenance is bleached out in a whitish light. The lines that cut across the pupils give the gaze a cold, strange quality.

“On several occasions it has been suggested that the bewildered expression of this self-portrait reflects the awkward feelings of a sweet young girl who is white in South Africa, and therefore part of the oppressive system of apartheid whether she likes it or not.”

Dumas actually painted the work after moving to Amsterdam – where she has lived since 1976 – copying her pose from a photograph of hersel chatting in a car (the artist always paints from still images, rather than from real life.)

While she doesn’t directly allude to South African apartheid personally, she has acknowledged that the painting depicts a certain double standard.

“With this portrait, that was a snapshot of me sitting in a car talking to people which was after an exhibition or show,” the artist told National Public Radio in 2008. “In this snapshot, I had this expression where I thought, oh my goodness, you know, there you have this person, me in disguise trying to please everybody or so but there was a sort of fakeness in it and I thought, you know, realizing things about your own relationship to people and how you react.” 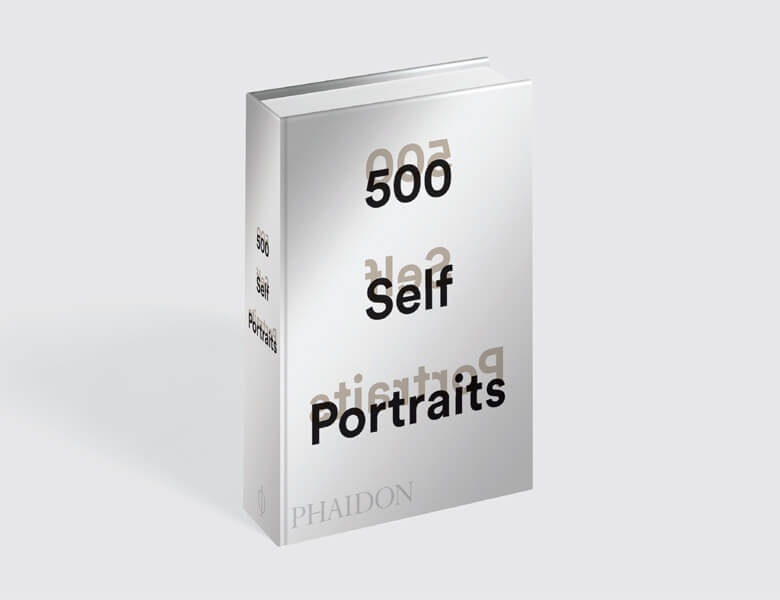 A youthful spell of duplicity is hardly a crime against humanity. Nevertheless, Dumas seems to suggest that a tricksy, deceptive capacity lies within all of us, even girls with shimmering blond curls. You can see this work and 499 others in our book, 500 Self Portraits.

A compelling collection of self-portraits from throughout recorded history, revised to include captivating contemporary works

The challenge of interpreting and recreating their own likenesses has proven irresistible to artists throughout the ages. Originally published more than 80 years ago and last revised in 2000, this wholly new edition for 2018 presents a selection of powerfully evocative works by many of the world's greatest artists - from Dürer and Rembrandt to Marina Abramović, David Hockney, and Cindy Sherman - working in painting, photography, sculpture, and performance. Flowing in a chronological sequence, with interspersed artist quotes, it features essays by Julian Bell and Liz Rideal. This is both a useful resource and a thoughtful celebration of a much-loved art form.

Julian Bell, grandson of the British artist Vanessa Bell, is a painter, writer, and regular contributor to the Times Literary Supplement and the Guardian.

Liz Rideal is an artist, curator, and lecturer in fine art. She has worked for over 30 years with the National Portrait Gallery in London.

"This newly published edition curates a collection of chronologically ordered self-portraits that explore and express the many ways in which artists have found to represent themselves throughout the years... Perfect for both the art-obsessed and the selfie-obsessed, incorporating, a variety of artistic techniques, profound imagery and modern culture into one book, encapsulating the reader in a wonderful journey throughout the ages about, what we now refer to as, the selfie."—CentMagazine.co.uk

"80 years and a World War have passed since Phaidon first published 500 Self-Portraits in 1937. Since then the world has changed irrevocably, but the desire to record and capture our own likeness is stronger than ever. The selfie has made the self-portrait a ubiquitous preoccupation, not just the pursuit of artists. The newly revised edition of 500 Self-Portraits features work by celebrated artists such as Dürer, Rembrandt, Marina Abramovic, David Hockney, and Cindy Sherman, but has also been expanded to include the work of marginal figures, feminist artworks and the self-portraits of artists with diverse ethnic and geographical backgrounds."—DazedDigital.com

"This wonderful book (at a fantastic bargain price) covers portraits from antiquity to the present day... There is a great selection of familiar and unfamiliar portraits... One thing is for certain: this new edition is going to be a best-seller."—MatureTimes.co.uk

"A compelling collection of self-portraits from throughout recorded history, revised to include captivating contemporary works is released today by Phaidon."—Nowness.tumblr.com

"You could say the need to record one's own image is an intrinsic part of human nature. But how much have those selfies changed in the last four and a half thousand years? And what do they have to say about the visual representation of self?"—i-D.vice

"I long ago learnt that I could learn as much about photography from looking at paintings as I could from looking at photographs. Which is why I'm happy to recommend this wonderful book of self-portraits, many of which are not photographs... First published in 1937, and abridged in 2000, 500 Self-Portraits is now revised and expanded to provide us with the most fascinating collection of this familiar art form. If you've ever been tempted to lift your camera in front of a mirror or hold your cameraphone at arm's length, this book will give you a rich history of the genre in which you are partaking."—Black & White Photography Magazine

"Flowing chronologically from antiquity to the present day, this volume takes the reader through the apparently infinite ways artists have found to represent themselves in sculptures, etchings, paintings, film, installations and conceptual works."—Art Mag

"Admire famous "selfies" through the ages in photography, painting, drawing and sculpture with Phaidon's 500 Self Portraits."—SphereLife.com

"Art book publisher Phaidon has given this classic 80-year-old text a reworking. 500 Self-Portraits has been revised for the first time in two decades. It's been given a smart new cover and layers, but still contains the best self-portraits every produced, across various periods and disciplines, plus essays on what they say about the artists who made them."—CreativeBloq.com

"Face to face with the greats."—Project Calm, June

"Explore the fascinating ways that artists from antiquity to the present day have chosen to paint themselves with this beautiful selection of self-portraits."—Artists & Illustrators Magazine

More on When Marlene Dumas saw herself as banal and evil 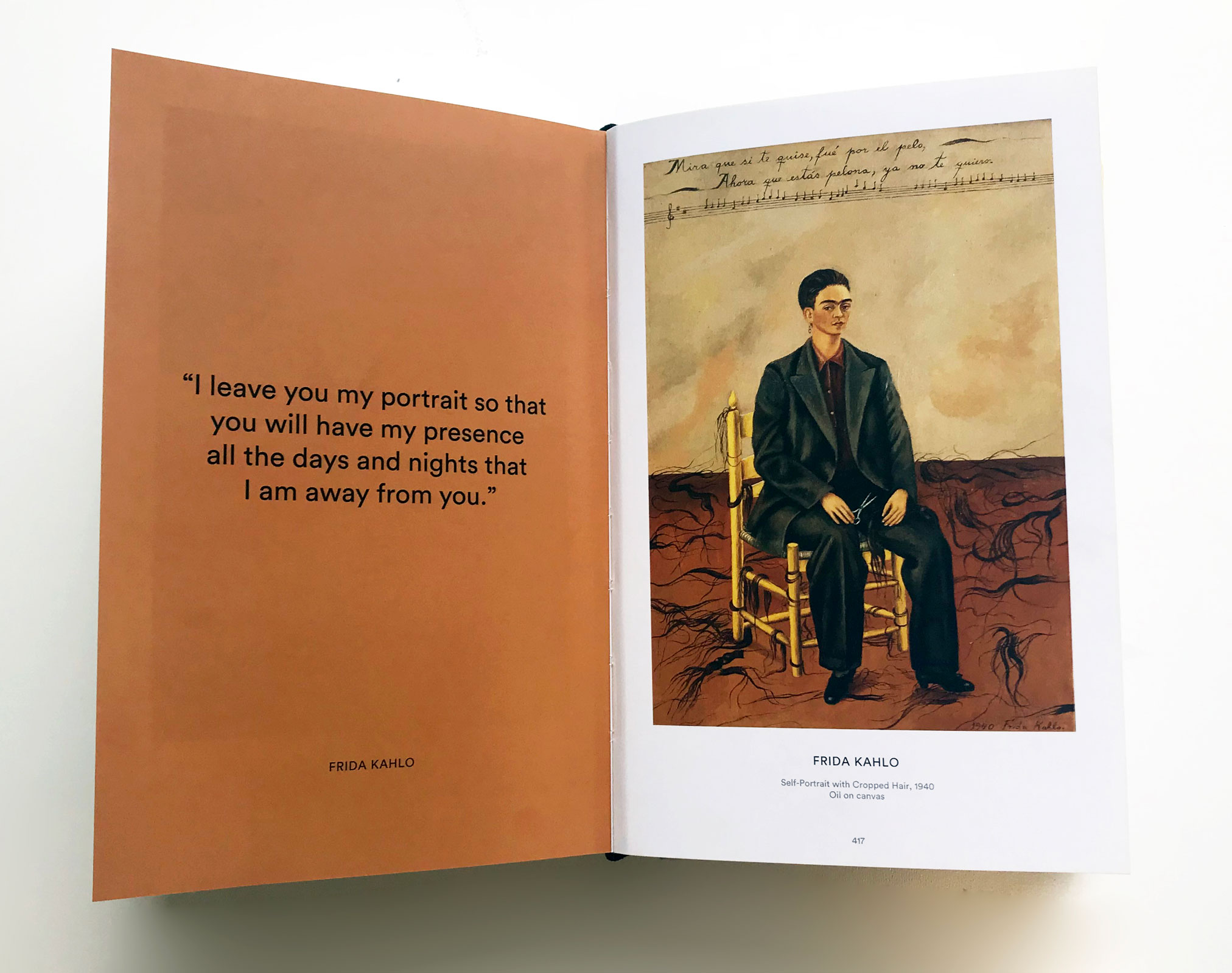 Why did Frida Kahlo cut off her hair? 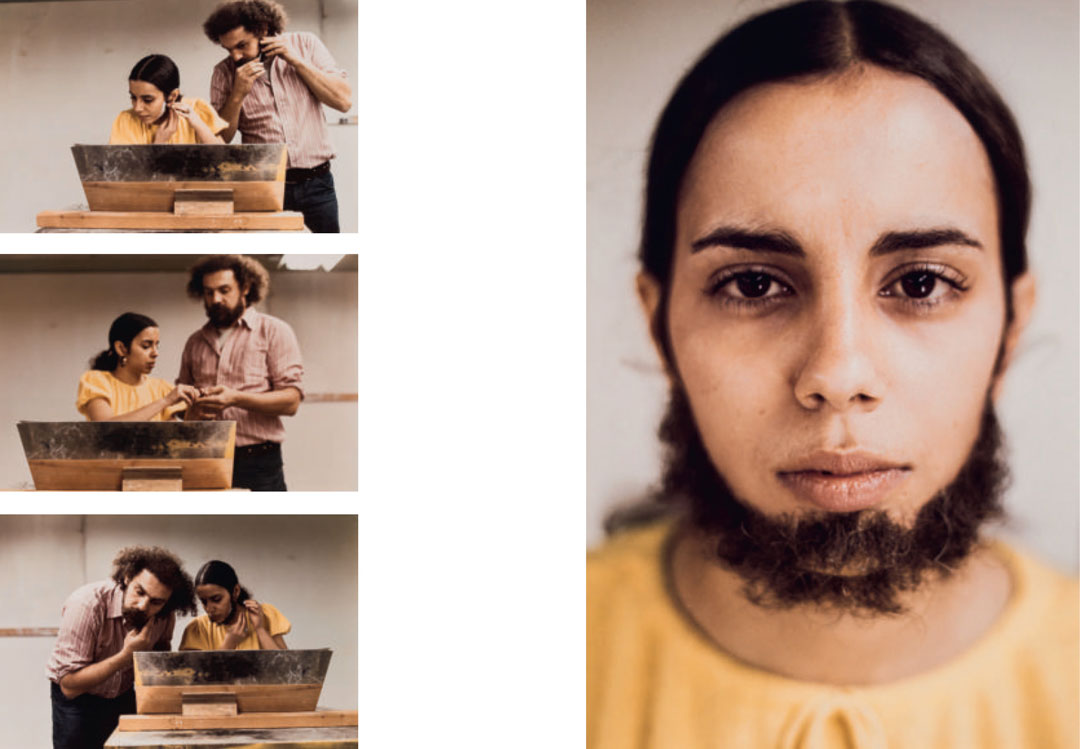 These Self-Portraits played with gender fluidity back in the day 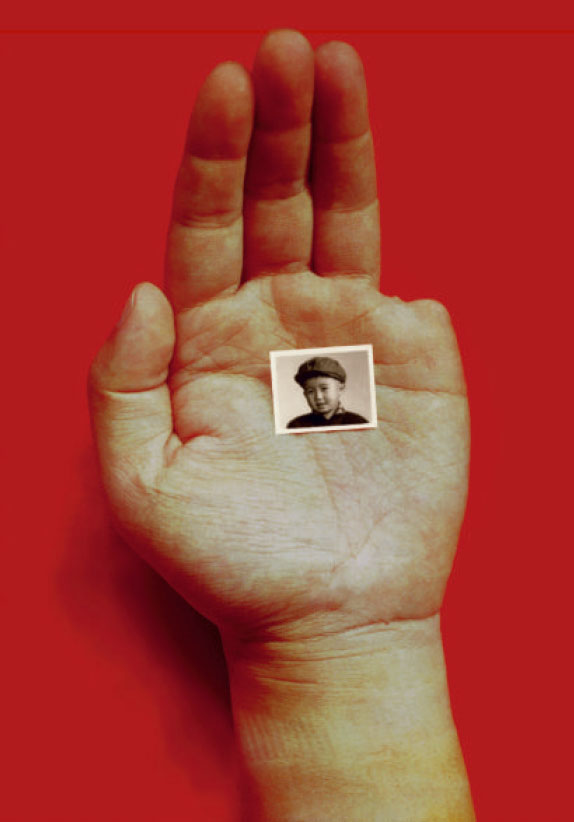 These Self-Portraits must have really, really hurt 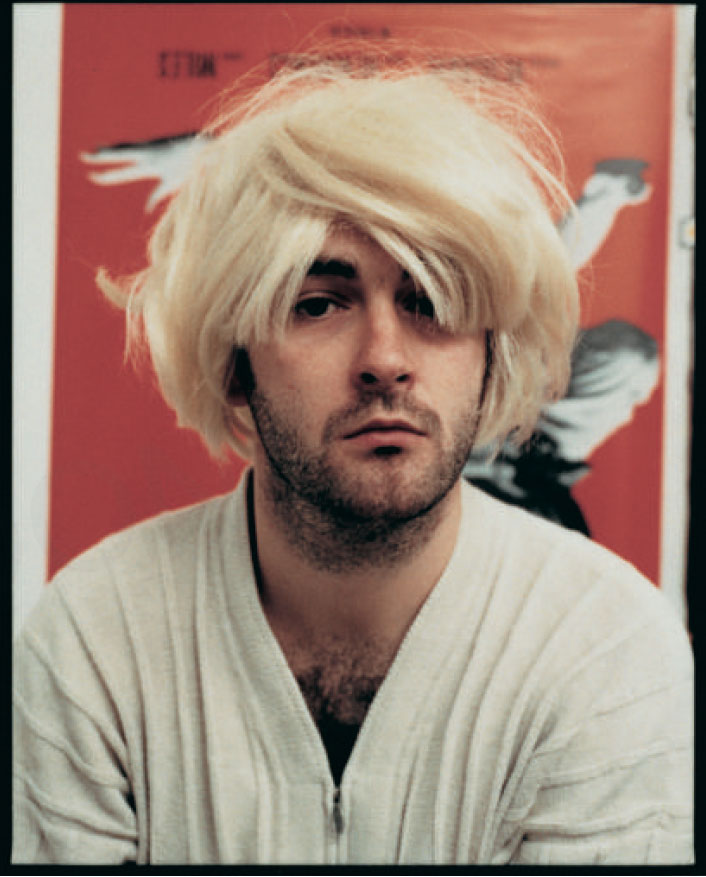 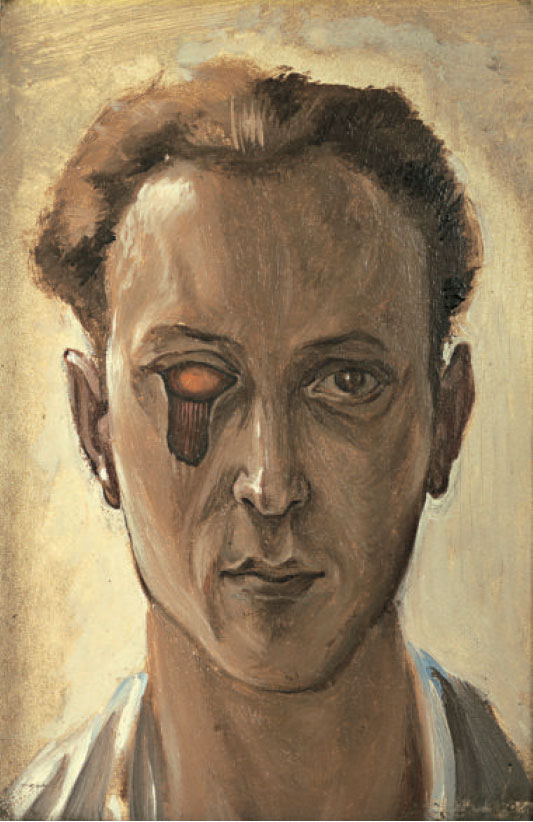 These Self-Portraits will freak you out