What do you expect from an exhibition opening? Bottled lager? Polite conversation? Well, here’s how they did things in early Renaissance Siena. “The transfer of the work from the artist’s studio to the high altar of the cathedral on 9 June 1311 was a great civic and religious event,” explains the text accompanying Duccio’s Maestà Altarpiece in the Italian Renaissance chapter of our book The Art Museum, “recorded by a local chronicler: ‘the shops were locked up and the Bishop ordered a solemn procession of the clergy, officials of the Commune, and all the populace with lights lit in their hands and they accompanied it to the Duomo sounding all the bells.”

This event was as more a religious event than an artistic one, though perhaps this distinction would have been less clear in the minds of that crowd, as artistic creation was so closely allied to the church at this point.

“This double-sided altarpiece, created by Duccio for Siena Cathedral, shows the Madonna and Child enthroned with saints and angels on the front,” explains The Art Museum, “on the reverse, facing the choir where the clergy sat during services, more than fifty scenes from the life of Christ unfold in a series of landscapes, cities and interior settings.”

Duccio Maestà Altarpiece, 1308–11 Tempera on panel. As reproduced in The Art Museum

Despite the subject matter, we value Duccio’s altarpiece today partly because it shows early hints of how European artists, during the Renaissance, would eventually break away from the religious representation and turn their focus on mankind’s place in the real world.

“During the Middle Ages, Italy maintained political and cultural links with the Byzantine Empire, and Italian art reflected this influence: stylized figures were positioned rigidly against a flat gold ground, their draperies a series of lines,” explains The Art Museum. “At the end of the thirteenth century some masters began to give their figures volume and movement, adding depth to their compositions and introducing emotion and human interaction into the scenes.”

Duccio was not alone at the beginning of this movement. As The Art Museum explains, “Cimabue, a Florentine, stood on the cusp between the medieval Byzantine tradition and the new Italian one. In the course of his career he moved away from a flat, stylized mode of painting to one with more naturalistic elements. His figures assumed more life-like proportions, and their garments were given more convincing shading. His pupil Giotto di Bondone soon eclipsed his master, ushering in a true revolution in painting. His figures are volumetric rather than linear, they move within a narrative scene, and they express profound emotions. They inhabit real space, even in traditional pictures in which the Virgin and Child are posed against a gold ground.” 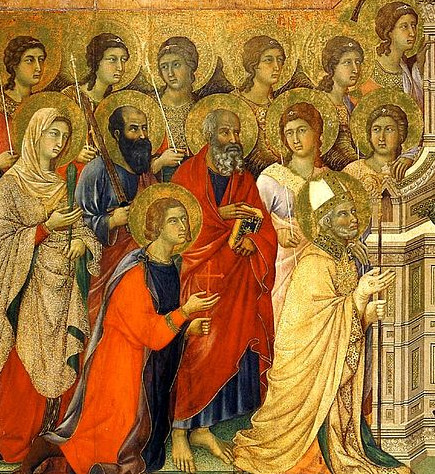 Duccio Maestà Altarpiece, 1308–11 Tempera on panel (detail). As reproduced in The Art Museum

Duccio’s developments, focussed on how pictures could tell stories. “Duccio introduced a lyrical note into painting and, like Giotto, developed the art of narrative. Keenly interested in both realistic landscapes and human emotion, he placed sacred stories in a vast variety of interior and outdoor spaces, and showed a wide range of interactions between holy figures, making them seem human and their world tangible.”

Maestà may look stilted in comparison to later works by Leonardo da Vinci, Michelangelo and Raphael yet by shifting away from the stiffer Byzantine styles, Duccio showed the way for these later artists. 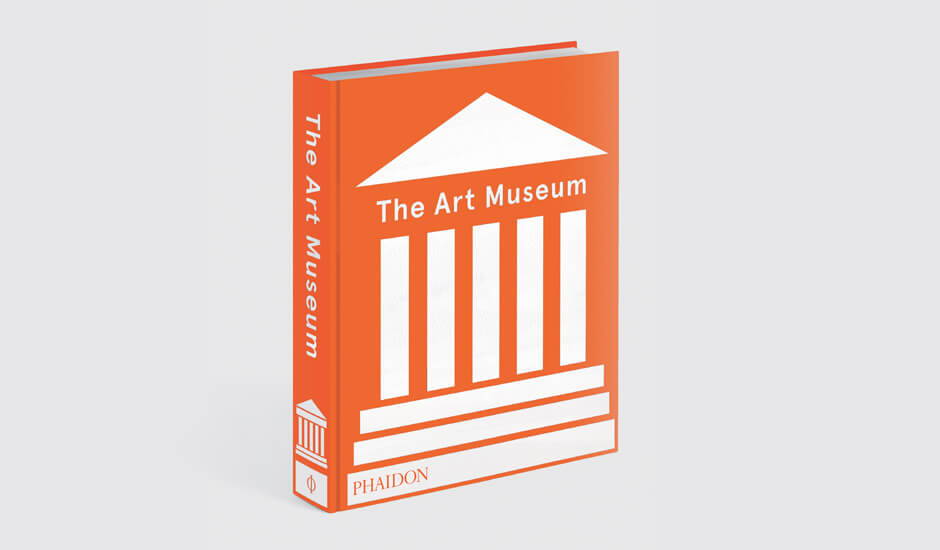 For more on Duccio, the Italian Renaissance and much more besides order a copy of The Art Museum here.