How our Botticelli writer snubbed Mussolini

The trials and tribulations of the art critic a century or so ago were a far cry from what they are today. While today we may laugh at, recoil from or more likely ignore the Facebook antics of the likes of Jerry Saltz, the battles being fought on and off the field of art criticism back in the day were definitely of a more moral, and often of a more life and death nature.

We've already told you about the incredible life of our Van Gogh Classic reissue writer Wilhelm Ude (story left). But our latest trio of books on Botticelli, Renoir and Vermeer were written by characters who had similarly colourful lives and back stories.

Lionello Venturi, the original author of our new Botticelli Phaidon Classic is one such example. Described as a gentle giant, Venturi was a renowned anti-fascist and one of only 12 professors in Italy who refused to sign an obligatory oath of allegiance to the fascist dictator Benito Mussolini.

As a result, each was forced to step down from their academic positions and endure professional limbo. Unlike the others however, who were all nearing the end of their careers, Venturi was in the prime of life and had to abandon a new position as Professor of Art History at the University of Rome as a result of his ideals. 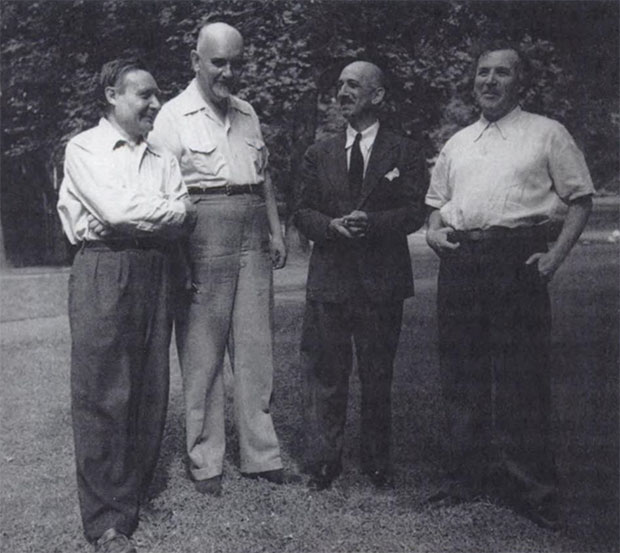 He moved to London, Cambridge and Paris and carved out a career as a lecturer. While living in Paris he wrote books, became an art advisor and published the first Cezanne Catalogue Raisonné. He championed Turin painters such as Felice Casorati and the Gruppo di Sei (Group of Six) and advised financiers and collectors to invest in works by Modigliani.

After moving to America however, the political beliefs that brought him into conflict with Mussolini, hardened. He taught at the New School for Social Research in New York and towards the end of the war lashed out at America and Britain in a series of articles for siding with the Italian monarchy following the liberation of Italy and the fall of Mussolini. An infamous article in Life magazine also condemmed the allies' 'support for a fascist monarchy and what he called a 'demo-fascist government'.

Venturi believed that art criticism and art history were not only interwoven but were, in essence, the same thing. He believed that a critic should judge the art of the past with the experience of the present. And he was aware that criticism was scorned by 'scientific-minded' scholars on the grounds of its subjectivity. but he believed that history was subjective too or else it was not history. His beliefs which might have been taken for granted in the 1930s in literary criticism, were nevertheless radical within the field of art history. 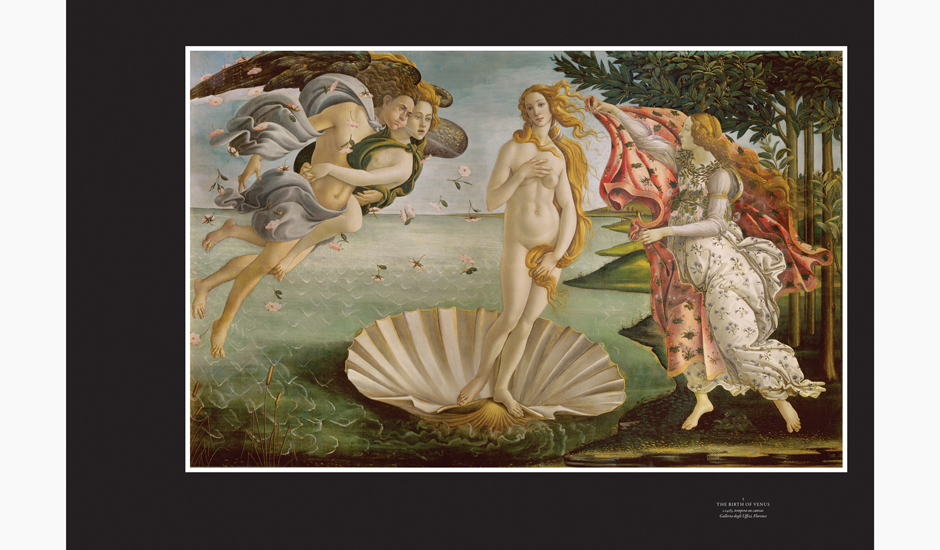 As Alessandro Cecchi writes in his new essay in our new Botticelli Phaidon Classic ,  "Venturi's analysis, as was characteristic of Italian art historical scholarship during those pioneering times, was addressed exclusively to the style of Botticelli's paintings.This style changed over the years, the result of an existential crisis in the life of the artist that took him from a classicism reinterpreted in Neo-Platonic terms to the pathos and touching religiosity of the later works, influenced by the Dominican monk Savonarola."

Sandro Botticelli, was, as we all know, one of the greatest painters of the Italian High Renaissance, and enjoyed the patronage of the greatest Florentine families. He spent most of his career in the humanist circle of the Medici, for whom he painted such masterpieces as Primavera and Venus and Mars, works that combine a decorative use of line with Classical elements in harmonious and supple compositions. 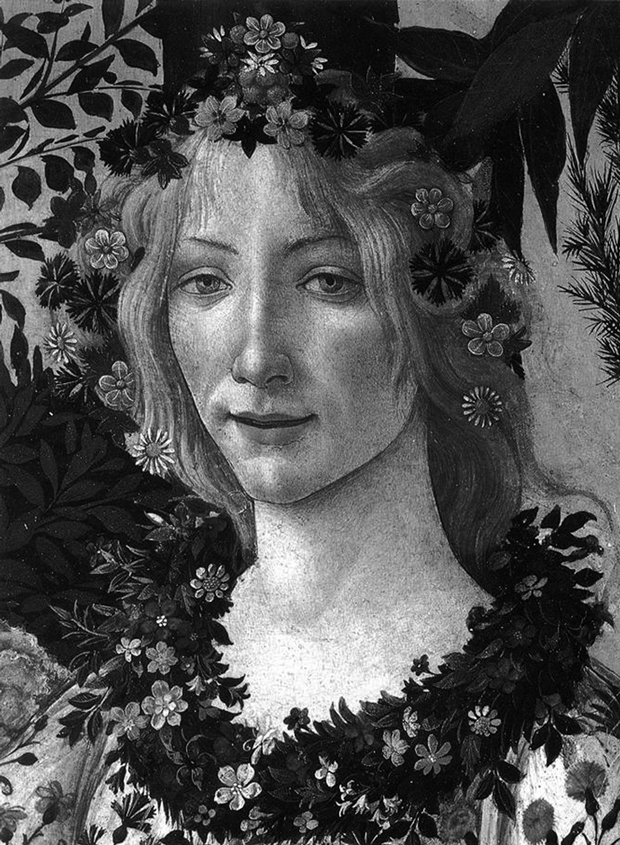 The cover of our new Botticelli classic

Our newly published, sumptuously produced, volume features an updated, full-colour selection of the artist's works made for the original 1937 edition by Ludwig Goldscheider, co-founder of Phaidon. Venturi's original essay is accompanied by a new introduction from Renaissance specialist Cecchi, putting Botticelli and his school into a contemporary context. Elegant design, fine papers and tipped-on image plates make this a true collector's edition. Learn more about it here, and look out for stories on the writers of the other two books in the series Renoir and Vermeer.

Celebrates one of the greatest and most beloved painters of the Early Renaissance with luxurious, large-format images

Sandro Botticelli, one of the greatest painters of the Italian High Renaissance, enjoyed the patronage of the greatest Florentine families. He spent most of his career in the humanist circle of the Medici, for whom he painted such masterpieces as Primavera and Venus and Mars, works that combine a decorative use of line with Classical elements in harmonious and supple compositions.

This sumptuously produced volume features an updated, full-colour selection of the artist's works made for the original 1937 edition by Ludwig Goldscheider, co-founder of Phaidon Press. The original essay by Lionello Venturi is accompanied by a new introduction from Renaissance specialist Alessandro Cecchi, putting Botticelli and his school into a contemporary context. Elegant design, fine papers and tipped-on image plates make this a true collector's edition.

Alessandro Cecchi held the post of Curator of Renaissance Paintings at the Uffizi and was Director of the Galleria Palatina, Pitti Palace, in Florence. He is the author of Botticelli (2005) and numerous works on Renaissance art.

"This stunning monograph celebrates one of the most influential artists of the entire Renaissance period." —Interview Online

More on How our Botticelli writer snubbed Mussolini 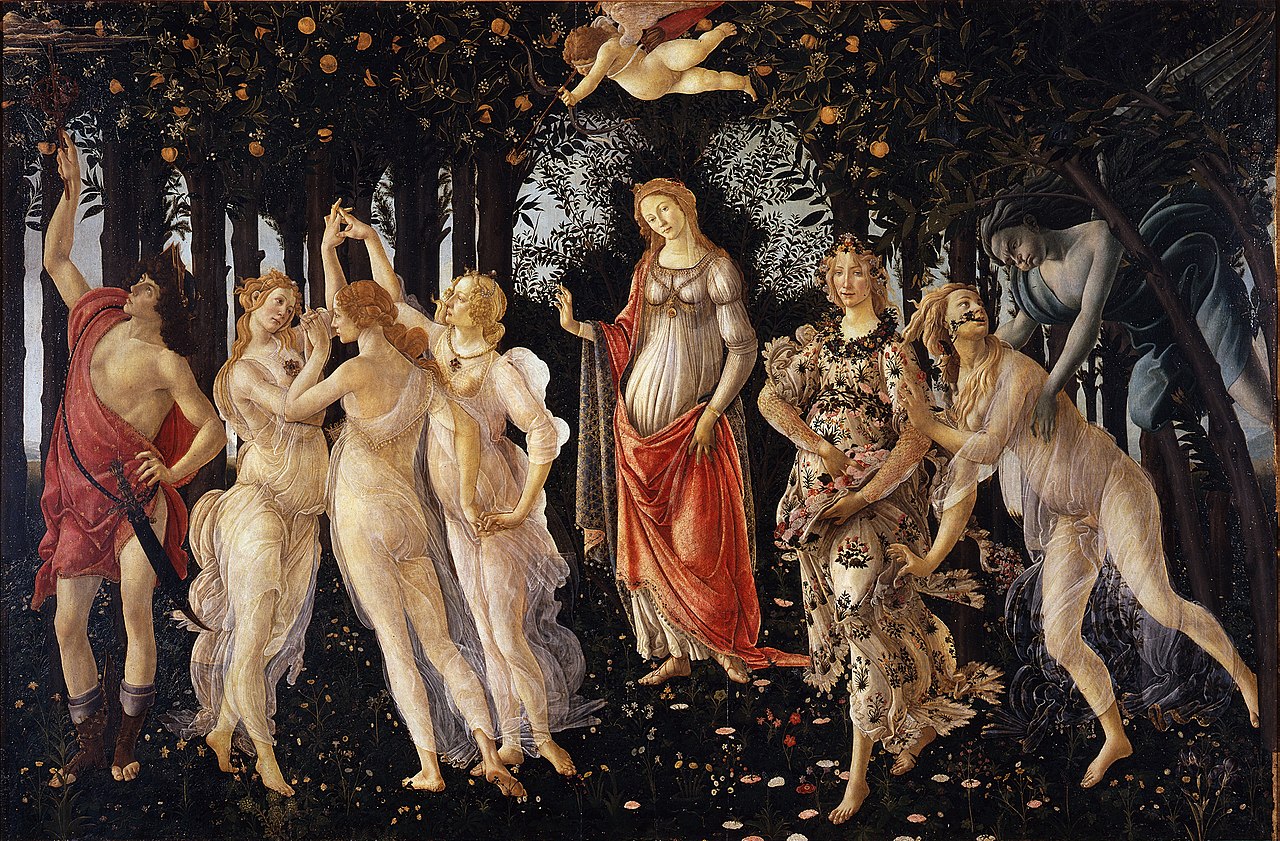 Why does spring’s most famous painting look a little autumnal?