In Ellsworth Kelly's hands, an awning or an apple could be made to inspire euphoria - the most mundane things becoming the basis for the most destabilising visual experience, and the most glorious.

So reads the introduction to an engrossing and varied collecton of artist and curator memories and appreciations of the work of the late, great painter who passed away at the end of last year. You'll find them in the April issue of Artforum. Among them you'll find illuminating pieces of writing from the likes of Ann Temkin, Chief Curator of Painting and Sculpture at MoMA and the artists Terry Winters, and Mary Heilmann, among others.

It was Richard Serra's piece that really caught our eye however, and we reproduce it below. You can buy the latest issue of Artforum now and for more great insight - personal and professional take a look at our new monograph Ellsworth Kelly made in close collaboration with the artist. For now though, here's Richard Serra on encountering Ellsworth's Colors for a Large Wall for the first time. 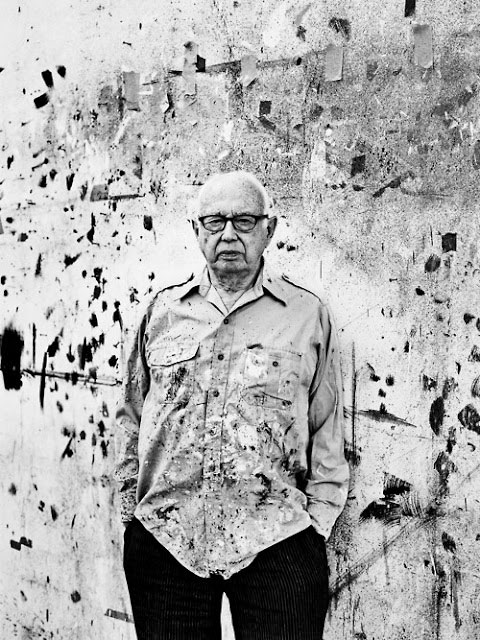 "In 1964, I received a traveling fellowship from Yale to study painting in Paris. There I saw Phil Glass every day. He introduced me to the work of John Cage and together we would read Silence (1961) out loud. The potential for chance became for me an alternative, and I took it seriously.

"The following year I received a Fulbright to study in Florence. I began working on a painting and stretched an eight-by-eight-foot canvas. I snapped red lines across it to form sixty-four squares, opened up thirty or forty cans of colored painting, got a stop-watch, and decided to arbitrarily fill in each square, one every two minutes. There was a lot of unnecessary busy brushwork and the edges were not that tight. I was apprehensive but interested in pursuing the problem.

"The day after I finished my painting, I went to the American Cultural Center to look at the latest art periodicals and saw a photo of Ellsworth Kelly’s Colors for a Large Wall, painted in 1951. To put it mildy, I was shocked and deflated. This work closed off all options for continuing with my colored-grid folly.

"Kelly had not laid out a grid on a canvas before-hand. Instead, he had juxtaposed separate panels, leaving no visible brushwork. It also appeared that the colored modules were arranged by chance – another zinger. This early work was a complete break from Mondrian, from European Abstraction. This was not domestic picture making, not an enlarged easel painting. The ambition of the scale was architectural. There was no precedent for this work."