How Tomi Ungerer became an outcast in America

To mark the opening of his retrospective at New York’s Drawing Center, running from now until 22 March, the artist, illustrator and Phaidon author Tomi Ungerer has penned a brilliant biographical essay, Don't Hope, Cope, which covers his early years in NYC through to the present day. We posted the first part of it earlier this week; the second extract, which covers his later life, as his American dream soured, runs below. Read on to discover what happened when his love afffair with New York ended. 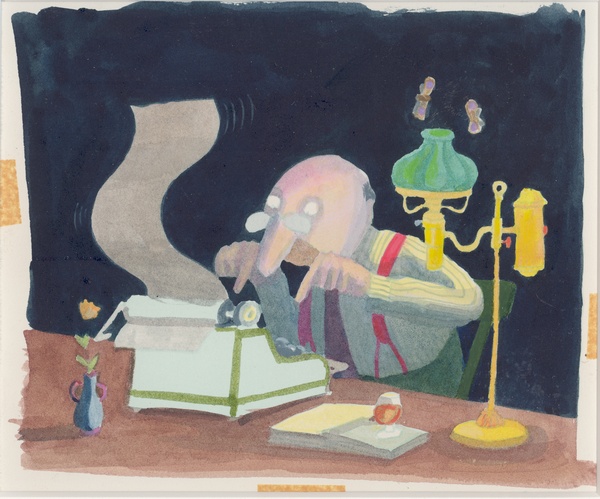 "After 16 years — blacklisted in the American customs register, my books officially banned from all public libraries — like a rat, I left my leaking yellow submarine. The Trojan horse was now hollow and empty. Having met my wife and sold my caramel Bentley, I went back to where I came from via Nova Scotia. My affair with New York, like a love affair with one’s passionate and willing muse, had ended. 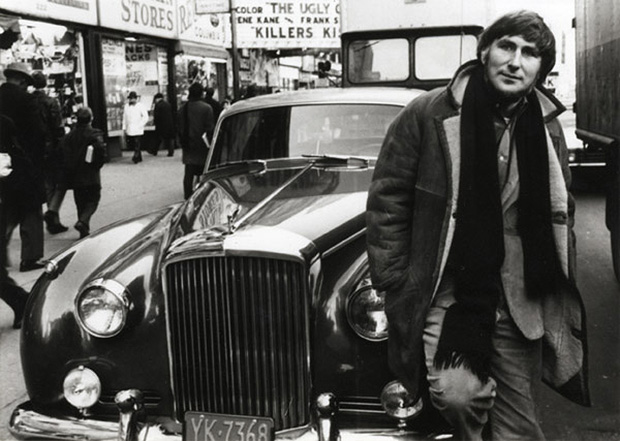 Tomi and his caramel Bentley in New York, 966

"I arrived in New York, welcomed by the Statue of Liberty, but soon realized that she was turning her back on America. These were the McCarthy years after all and New York was a liberal fortress. The USA was still segregated, and I found myself allergic to its way of life. It became the target of my mephitic comments. By 1970, I had already exhibited in two well-situated galleries in New York. My paintings and sculptures were displayed at the D’Arcy Gallery: no sales, no reviews. The other show at the Waddell Gallery was of my Fornicon drawings. Same flop. Not a peep. I sold a single drawing to British artist Allen Jones. I asked a friend, a reputed art critic, why he wouldn’t write about my show. 'Tomi,' he told me, 'if I did, I’d lose my reputation.' I stopped painting. I went to see Leo Castelli, Andy Warhol’s gallerist. He very kindly told me how much he liked my work, but explained that I was already branded as a 'commercial artist.' I was a pariah in a world of 'fine art,' and the supposed 'art world' was out of bounds — I didn’t fit into any category, be it Abstract Expressionism, Pop, Op, or Mop! 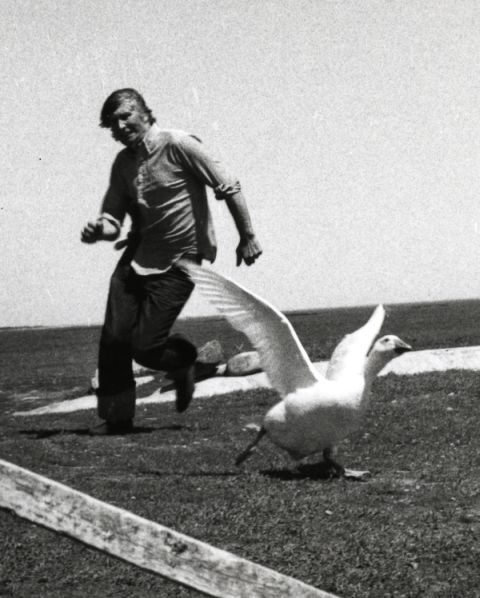 "I felt pigeon-holed like a hawk. The cleft was even worse with the 'children’s-book world,' where my erotic work made me a pestiferous outcast. Politically, technically, erotically incorrect: I was a misfit and, in my own way, I enjoyed it. Relegated, I just felt free. Now, 'once upon a time' is once again. All these stories have the quality of dreams come true: they are convincingly absurd. So is my work. To be milked, dreams must be taken for granted. My freedom of expression is a priority. I never was a joiner; fads, fashions, and trends are a form of tyranny. I love to buzz, butinating whatever art form comes across my path. It is simply too boring to cling to one style and be stuck, mired in one formula. I need the constant challenge of forays into new techniques and new interpretations. 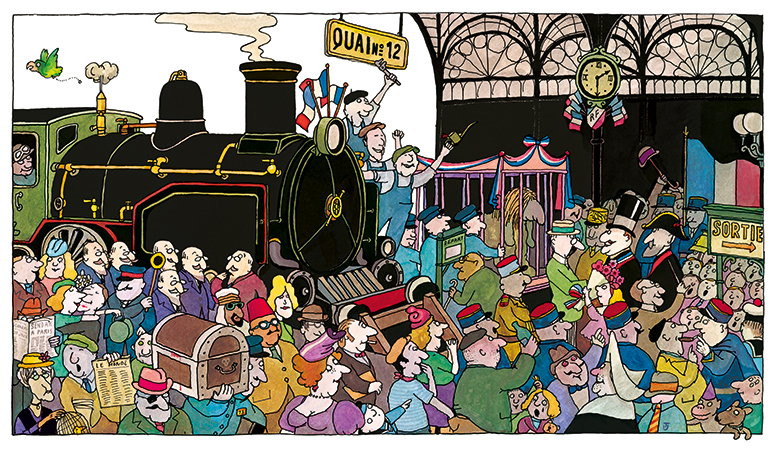 Spread from The Beast of Monsieur Racine (1971) by Tomi Ungerer

"Fundamentally, I consider myself to be what the French call a dessinateur, a zeichner in German. In English, a drawer — normally part of a chest or piece of furniture, someone tapping a beer keg, or with an 's', a piece of underwear. No muse has ever been attributed to drawing, usually relegated to a No Man’s Land between art and craftsmanship. The Drawing Center is a rare exception and the only museum of its kind that I know: a dedicated institution; a rehabilitation center; and an asylum for many talented artists whose line of work remains neglected or forgotten. Considering that I started my career in New York, having this exhibition brings me back to where it all began, with ingrown gratitude. Criminals, it seems, are drawn back to the scenes of their misdeeds.

"Ever since I was born, I perceived myself constantly as an exile; a commuter going back to where I came from. At nineteen, when hitch-hiking, I crossed the iron curtain into Lapland and was able to get back out. I realized that borders were meant to be double-crossed. With my chameleonism, I am always adapting to be adopted. My identity is split as a banana. I am a Jekyll playing Hyde and seek. My drawing and my writing know no demarcation line. Even Death is but an emigration officer. Expect the unexpected! Shall I rest in pieces or peaces? 'To was or not to was!' Time I hope will never tell — a question sometimes is more salient than the answer. 'Don’t hope, cope!' 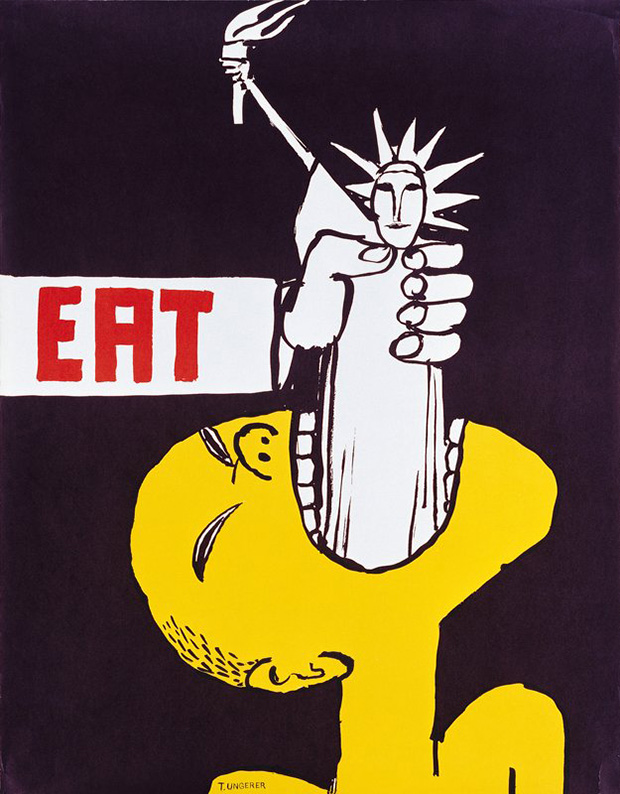 This is the second installment of a two-part essay by Tomi Ungerer which appears in the catalogue for his retrospective at New York’s Drawing Center. We will published part one earlier this week. To coincide with the show our friends at Artspace have created a limited edition print of his anti-Vietnam war illustration Eat, 1967.  You can buy that at Artspace here and also read a great interview with Tomi at Artspace here. To browse all Tomi Ungerer's great Phaidon books click here.

Far Out isn't Far Enough : Life in the Back of Beyond Tomi Ungerer

Tiring of the hectic pace of seventies New York, acclaimed graphic designer Tomi Ungerer and his wife Yvonne hit the road in search of a new, simpler life on an isolated peninsula in Nova Scotia, Canada
Specifications:

Tomi Ungerer has said while many people can see only good and evil, he is particularly interested in the no-man's land between the two, as this is the most interesting place, where lessons can be learned. In the 26 books for children due to be published by Phaidon, Ungerer covers themes such as prejudice, poverty and the holocaust, but his fantastic repertoire also includes such charming animals as Adelaide, the flying kangaroo, and Orlando, the courageous vulture. With his books, Ungerer wants to inspire children's curiosity and imagination, but also to let them know that it's OK to have problems, because you can find the courage to fight them – among the many aphorisms and mottoes he coins and collects, his favourite is 'Don't hope, cope!'. When it comes to his own life and work, Ungerer's three key principles are enthusiasm, discipline and pragmatism. He is a firm believer in the importance of a good vocabulary, good manners, and the acquisition of practical skills like cooking, first aid and making knots, of creativity of any kind, because 'you are what you make'.

An internationally renowned artist and a superlative storyteller, Ungerer has received numerous awards for his work, including the Erich Kästner Prize for literature in 2003, the Hans Christian Andersen Award for illustration in 1998, and the Jakob Burckhardt prize of the Goethe-Stiftung, Basel in 1983. In 1992, the American Bibliographic Institute named him one of 500 'World Leaders of Influence', and in the same year, he was awarded the Bundesverdienstkreuz, the Order of Merit of the Federal Republic of Germany, for his contribution to cultural exchange and communication between France and Germany. The Council of Europe in Strasbourg named him an ambassador for children and education in 2000, and in 2002 Jack Lang, then French minister of education, named him an Officier de la Légion d’Honneur.

More on How Tomi Ungerer became an outcast in America 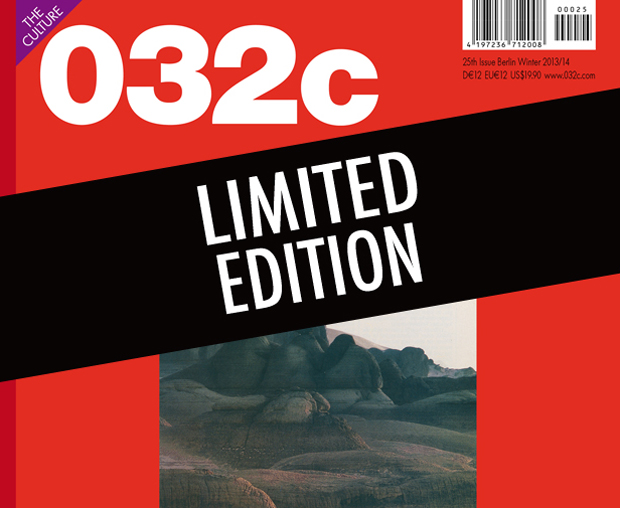 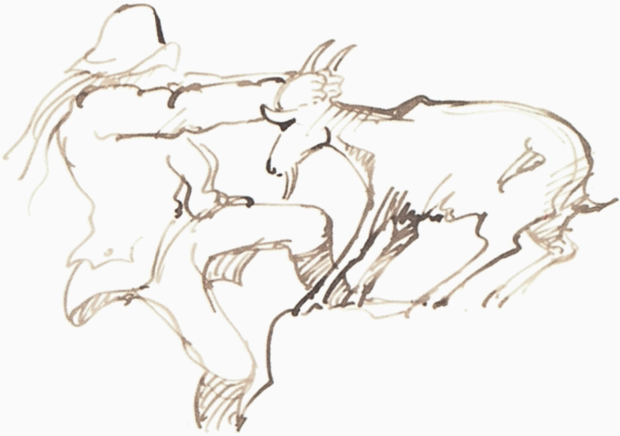 In praise of... killing your own dinner