Next month the Gagosian will recreate the sculptor’s studio at its London gallery, with help from a Phaidon author

“The modern artist wants to create things,” wrote EH Gombrich in his best-selling art history book, The Story of Art. “The stress is on create and on things.” He writes, “I believe it is this intense feeling for the uniqueness of a thing made by the magic touch of human hands that the sculptor Henry Moore wanted us to have in front of his creations.”

Just how and where those hands touched those objects comes a little clearer next month, when the Gagosian gallery partially recreates the artist’s studio inside its Davies Street premises, for its new exhibition Henry Moore Wunderkammer Origin of Forms.

The Phaidon author and director of the Henry Moore Foundation, Richard Calvocoressi, will curate the exhibition. Calvocoressi, who wrote our Magritte book, will help the Gagosian recreate Henry Moore’s Hertfordshire maquette studio at Perry Green, the Hertfordshire village where Moore lived from 1941 until his death in 1986. This installation, which opens on 9 February and runs until 2 April, will include Moore’s collection of stones, shells, bones, animal skulls, and other found objects, alongside the drawings, sculptures and maquettes that they inspired.

In this way, the Gagosian says it will demonstrate, “the metamorphosis from nature to sculpture, from inanimate object to human or animal form, that was the impetus of his oeuvre.” 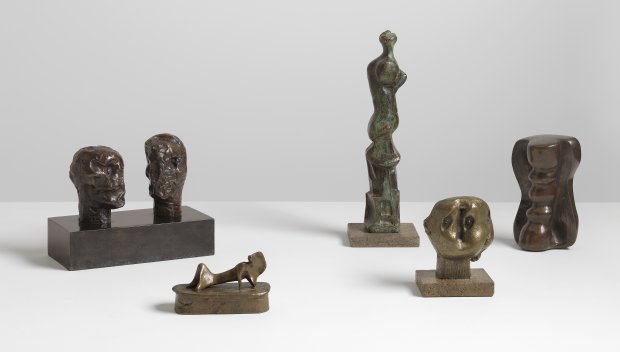 Does this refute Gombrich’s lines on Moore, by suggesting that Moore is a greater figurative artist than we sometimes give him credit for?

Well, the Gagosian prefaces its exhibition notice with these lines from the sculptor. “The observation of nature is part of an artist’s life, it enlarges his form-knowledge, keeps him fresh and from working only by formula, and feeds inspiration,” Moore is quoted as saying. “I have found principles of form and rhythm from the study of natural objects such as pebbles, rocks, bones, trees, plants… There is in Nature a limitless variety of shapes and rhythms...from which the sculptor can enlarge his form-knowledge experience.”

Form-knowledge is a nice phrase, suggesting a store of reference accrued as much by touch and work as by study and conscious observation. This isn’t so very different from Gombrich’s assertion that Moore worked by “feeling his way and by trying to find out what the stone ‘wanted’. If it turned into a suggestion of a human figure, well and good,” he goes on. “But even in this figure he wanted to preserve something of the solidity and simplicity of the rock.” Perhaps, at Davies Street next month, we’ll be able to see clearly how a particular pair of human hands created these forms. 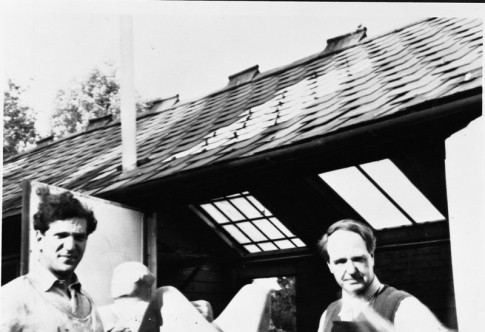 Anthony Caro with Henry Moore at Moore’s studio in Much Hadham, Hertfordshire, circa 1952

For greater insight into British sculpture from this period, buy a copy of our Anthony Caro book; Caro worked as an assistant to Moore in the 1950s; for more on Mr. Calvocoressi’s work, buy our Magritte book; and for a richer understanding of how Moore’s work fits into the greater canon, buy a copy of The Story of Art here.