Juliet Bingham, curator of a new Tate retrospective explains how the artist went from fine art to fabric and back

Art history doesn’t usually fall along neat lines. We all know that “on or about 1910,” as the Bloomsbury Group’s Virginia Woolf once wrote, “human character changed.” It was then that the disjointed qualities of modern life called forth new styles of artistic expression, from Cubism and Fauvism to Dada and Surrealism, which we now group under the larger unbrella of Modernism.

Yet other trends apparent in a new Tate show seem to have arrived too early or too late. An artist expanding his or her work into branded high street goods? That’s something that came later surely, with Keith Haring's Pop Shop. An artist working in both fine art and decorative arts? Isn’t that a throwback to William Morris and co.? And an artist presenting themselves personally as a living work of art? Surely that begins with the likes of Gilbert and George?

A tour of the new Sonia Delaunay exhibition at the Tate Modern in London (until 9 August 2015) not only proves how important an artist she was at the beginning of Modernism, while painting alongside the likes of Picasso and Matisse in Paris a little over a century ago. It also demonstrates how all-encompassing Delaunay’s work was, taking in clothes and interior design, fabric prints, needlework and collage, as well as a manner of self-promotion and presentation that, today, seems remarkably prescient. 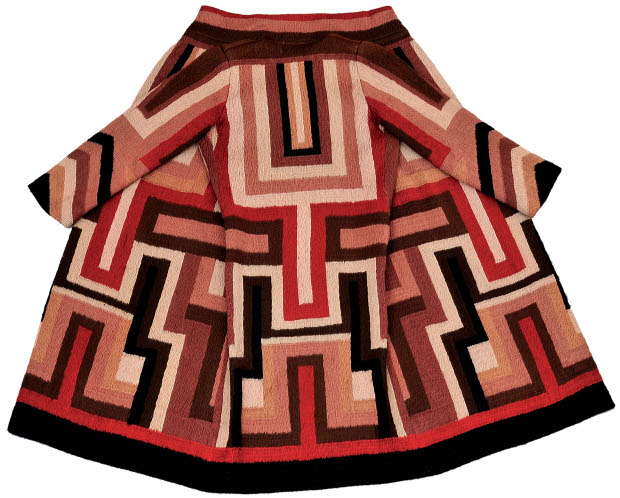 Coat made for the actress Gloria Swanson, 1923-4, by Sonia Delaunay

Juliet Bingham, curator of international art at the Tate, who oversaw this London show, explains in part one of our interview how Delaunay not only helped found modern art, but also transcended it. Read on to discover how Sonia baffled the critics, why the artist married a Phaidon author, and which op-art pioneer never truly acknowledged her influence.

How did the exhibition come about? "It is a collaboration between Tate Modern and Musée d'Art Moderne de la Ville de Paris. We worked very closely with their curator, Anne Montfort, and also Cécile Godefroy, an independent specialist in Sonia’s textiles and applied works. It opened first in October in Paris, and has now been adapted for the Tate."

What did you need to change when bringing the show to London? "Some presentational aspects. The Tate and the Musée d'Art Moderne have different audiences. Sonia is better known in France. For us it was the first major opportunity to present her as an individual artist, and to examine every aspect of this pioneering artist who is so often shown alongside her husband, Robert Delaunay."

Reviewers of this show have argued that Sonia’s work is perhaps greater than her husband's. Has recent art histoy misrepresented her? "Not misrepresented exactly, but she was a very versatile artist and worked across many different forms. She’s become part of the art-historical cannon, as one of the founders of modernity, but throughout her life she reinvented modernity and transcended it. Working as a woman at that time, and working in decorative art, Sonia baffled the critics. They didn’t know how to respond to her. She also dedicated part of her life to promoting Robert’s work, after his early death in 1941. So she put her own practice to the side for a while. Maybe some of those elements contributed to the later recognition of her work. Still, she was the first female artist to be given a show at the Louvre, in 1964." 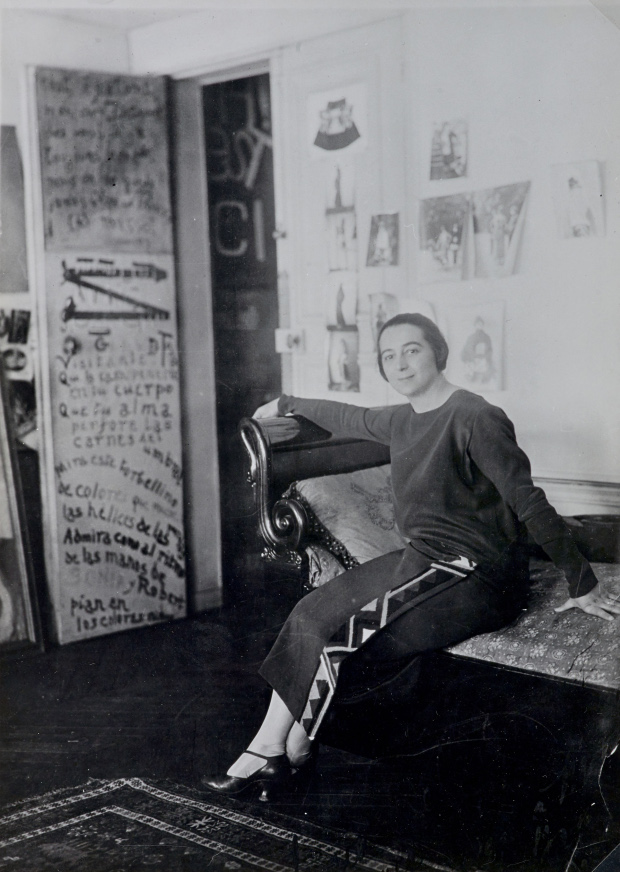 Aside from painting, Sonia was also a fashion and interior designer. Tell us a bit about that "In 1914, she and Robert were travelling in Northern Spain, When war broke out. They decided not to return to Paris and based themselves in Iberia for about seven years. She set up her own boutique in Spain in 1918 called the Casa Sonia. She met avant-garde artists during this time, but she also expanded her practice to clothes and interior design, taking commissions for people’s homes. In a way, this was an extension of the more private work she had been doing in Paris; she had made a cradle cover for her son’s bed, for example. She continued to work like that, setting up a boutique to sell her designs."

Did other artists of the time look down on decorative art? "I'm not sure. Certainly, Sonia pre-dated some of the concerns of the Bauhaus, who were really trying to merge art and everyday life. She also drew on her Russian roots, by using a folkloric tradition, like needlework techniques, or applique or collaging, to express her abstract ideas that she was also developing in painting in other media. She also took risks in promoting herself as a living work of art." 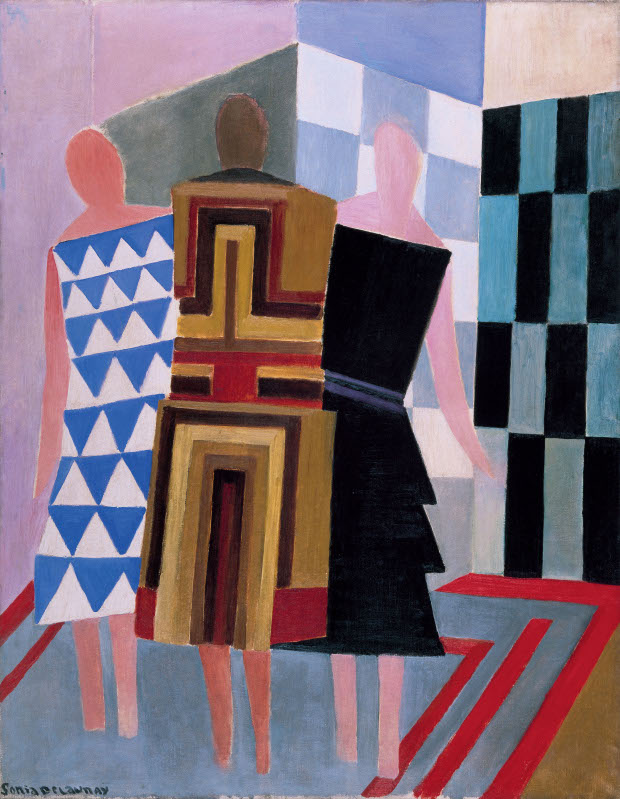 So, some artistic impulses began very early on, while other influences came later? "Yes. She was raised by her maternal uncle in St Petersburg and from there was introduced to the Russian intelligentsia. She was incredibly well read; she travelled widely in Europe, and came to Paris in 1906, one year after the major Fauvist exhibition at Salon d'Automne, where Matisse and Andre Durain showed their works. She was inspired by those painters, but also by important works by Gauguin, Van Gogh and Henri Rousseau."

Is this when she came into contact with the Phaidon author art critic and patron Wilhelm Uhde? "That’s right. Wilhelm Uhde befriended Sonia, encouraged her practice, and introduced her to a wide circle of avant-garde artists. He also offered Sonia her first exhibition in 1908. Uhde promoted the Braque, Derain, Picasso and the Naïve artists; he was gay and about ten years her senior. They actually entered into a marriage of convenience, so that she could stay in Paris and not return to Russia. She was quite progressive. It was through Uhde that she met her future husband Robert Delanuay. Then they together developed their own artistic ideas, which they called Simultanism."

Check back tomorrow for part two of our interview with Juliet Bingham in which she discusses Simultanism, how Delaunay reconciled fine art with fabric and how she turned aeroplane propellors into abstract art.

Meanwhile, For more on this new exhibition go here. For more on Modernism, consider this overview; and to learn about one later abstract artist who did acknowledge Delaunay as an influence, get our Harvey Quaytman monograph.

More on All you need to know about Sonia Delaunay 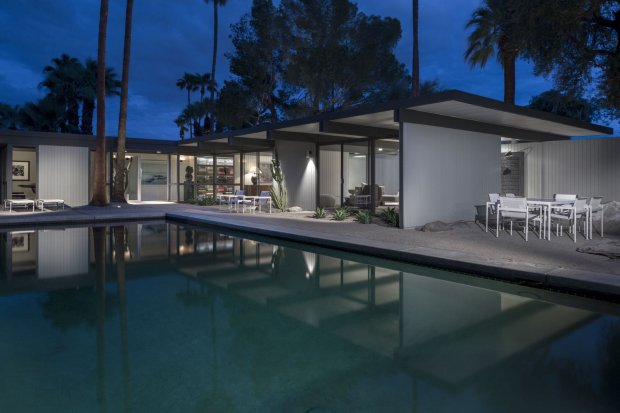 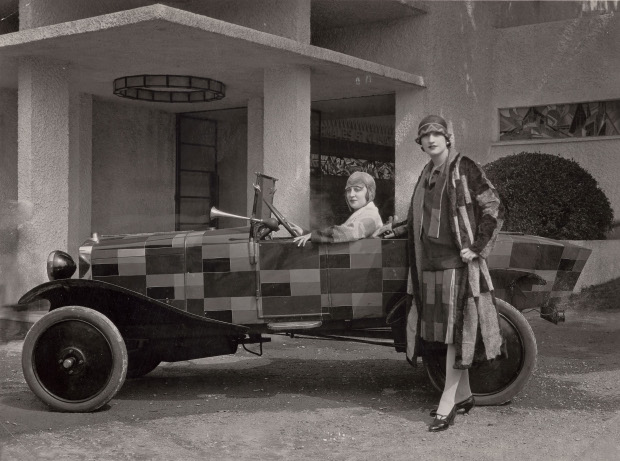