Paweł Althamer is something of a frequent flyer. As we explain in our monograph, travel and transport have proved a lasting metaphor for the Polish fine artist. “Both serve as vehicles for perceptual transformation and as allegories for the artistic journey itself,” writes curator Suzanne Cotter, “in which the artist assumes the role of alien or outsider.”

Althamer has ventured into the Malian hinterlands and to Brasilia, the Brazilian capital. He's participated in last year’s Venice Biennale, and, earlier this year, showed at New York’s New Museum; so a trip to Beijing shouldn’t prove challenging. 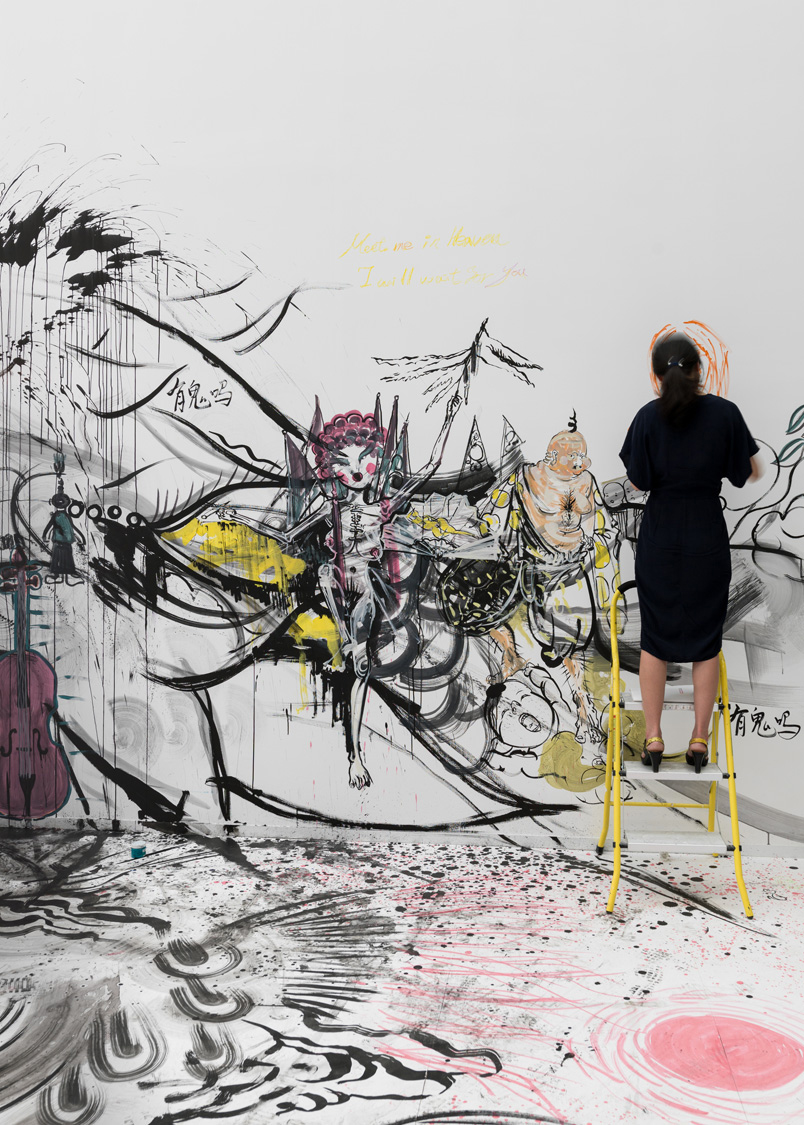 Nevertheless, his debut Chinese exhibition, on now at the 798 Art District in Beijing until the end of the month, does hold special resonances, both for the artist and the venue. Althamer still lives in a Warsaw apartment building built for factory workers during the Communist era, and he cast the faces and bodies of his friends and neighbours for the large-scale sculptural work, Venetians, first shown at the 2013 Biennale. 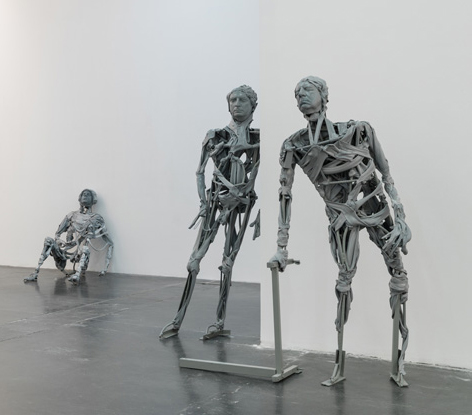 These figures were manufactured at Althamer’s father’s plastics factory, and are currently on show at UCCA, which is itself housed in a Cold-War era, former munitions factory. It’s hard not to think about the vestiges of 20th century communism, as experienced in both Europe and East Asia, when looking into these glossy faces.

Yet Althamer is also engaging with local gallery goers, with Draftsmen’s Congress, his ongoing collaborative project, where he invites visitors to draw on the walls and floor of the exhibition space. Althamer brought The Draftsmen’s Congress to the New Museum, but again, ideas of collective engagement and artistic freedom spring to mind at this iteration, here in China, a country better known for the former rather than the latter. 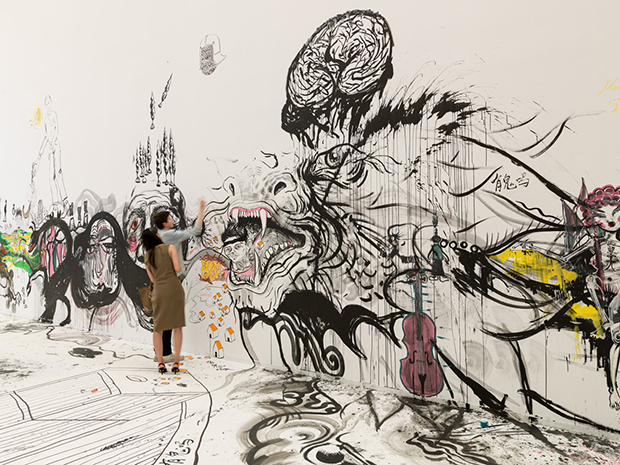 For more on the exhibition go here. For a richer understanding of Althamer’s life and work buy our monograph, and for a thorough and innovative grounding in Chinese art, past and present take a look at The Chinese Art Book.

Pawel Althamer (b.1967) originally trained as a sculptor, but his work also bears the marks of relational art – social, collaborative, participatory art that is concerned less with producing objects than with composing human interactions. Often dematerialized to the point of invisibility, this work also increasingly enlists human participants, often in what the artist describes as 'reality directed'. For Motion Pictures (2000) Althamer choreographed actors to perform everyday actions in a public square (greeting a friend, feeding pigeons) at the same time every day for three weeks. Viewers, if they didn't know what to look for, could not know whether they had seen the artwork at all. Another major element of Althamer's work is institutional critique. For a 2003 exhibition at his Berlin gallery, Neugerrieumschneider, he transformed the high-design space into a litter-strewn shell, essentially returning the gallery to its dilapidated pre-gentrification state.

But perhaps the defining feature of Althamer's work is the artist’s own body and its experience of the world. This interest takes different forms: sometimes larger-than-life self-portraits (as in the giant nude Balloon he raised over Milan in 2007), sometimes documentation of his experiments in consciousness (as in two 2003 videos of the artist undergoing hypnosis in Warsaw and ingesting peyote in Mexico). His work with others could even be seen as a fragmented self-portrait, with the artist multiplied into a series of effigies around which new communities are forged. Since 2007 he has run a twice-monthly ceramics workshop for adults suffering from multiple sclerosis, with the results being exhibited at galleries such as London's ICA (2008) under the name Nowolipie Group & Pawel Althamer.

This focus on the communicative power of art rather than on the objects it creates is central to Althamer's work, placing him at the forefront of current developments in contemporary art. But it is his courageous commitment to this work that singles him out as a principal artist of our time. His work has been featured in solo exhibitions at museums such as the Centre Pompidou in Paris (2006), the Vienna Secession (2009) and Modern Art Oxford (2009), and included in Documenta 10 (1997) and at numerous international biennials, including Berlin (2006), Istanbul (2005) and Venice (2003). In 2004 he won the prestigious Vincent van Gogh Award for Contemporary Art in Europe.