Watch Jeanne Gang talk about the rhythm in her buildings

Architecture is an unmoving, monumental art, but that doesn't mean it doesn't have rhythm. Watch as the acclaimed architect draws your attention to the sun patterns moving across the face of her buildings

Photographer Eadweard Muybridge’s late-nineteenth-century use of multiple cameras to capture movement by humans and animals gave us some of the most famous, evocative and iconic images of a figure in action and continue to influence the work of countless artists and photographers.

But they've also played a part in shaping the output of architects too, most notably Jeanne Gang and her colleagues at Studio Gang.

When describing her work, Gang uses words such as rhythm and flow in the fullness of their meanings to suggest a number of careful inflections linked to the concepts of repetition and movement. And it's through through these inflections that the relationship between the various elements of her buildings cohere. 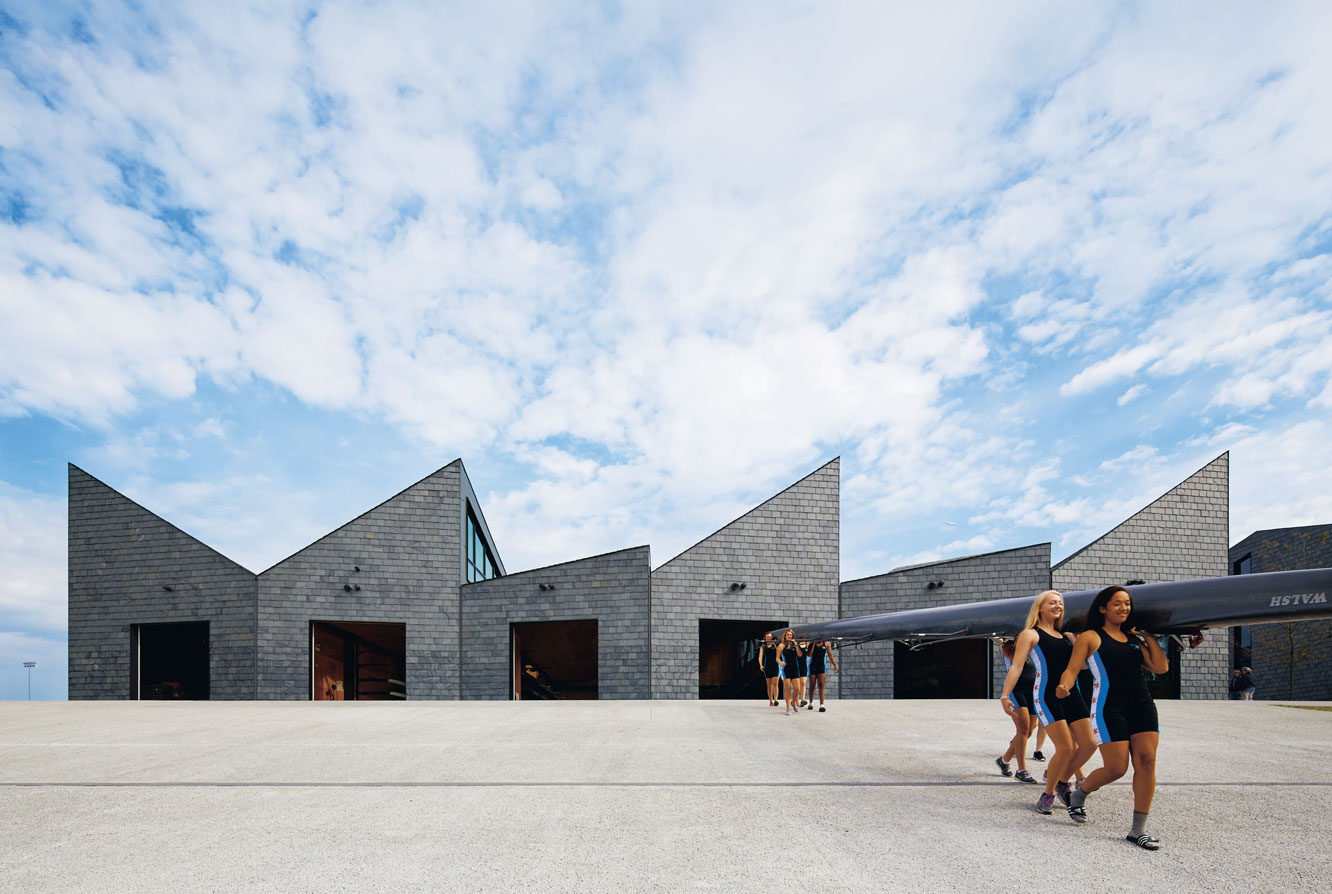 Studio Gang, Chicago River Boathouses, Chicago, Illinois, USA, 2016. The boathouses’ aprons and sidewalks are made of permeable concrete to allow rainwater to be absorbed by the earth, rather than overtaxing the city’s combined sewer system. Glasheen Collection, Special Collections & Archives, UC San Diego.

For instance, Gang draws direct parallels between the design of her Chicago River Boathouses, especially the changing rhythm of their roofs, and Muybridge’s 1887 stop-motion photographs of the “Oarsman.”

But Gang's reference to rhythm is as much connected to ecology as it is to the worlds of dance, literature, and visual culture. In many respects it is the “cadence” or rhythmic flow according to which the architecture is both arranged and experienced that is at play in many of the firm’s projects. 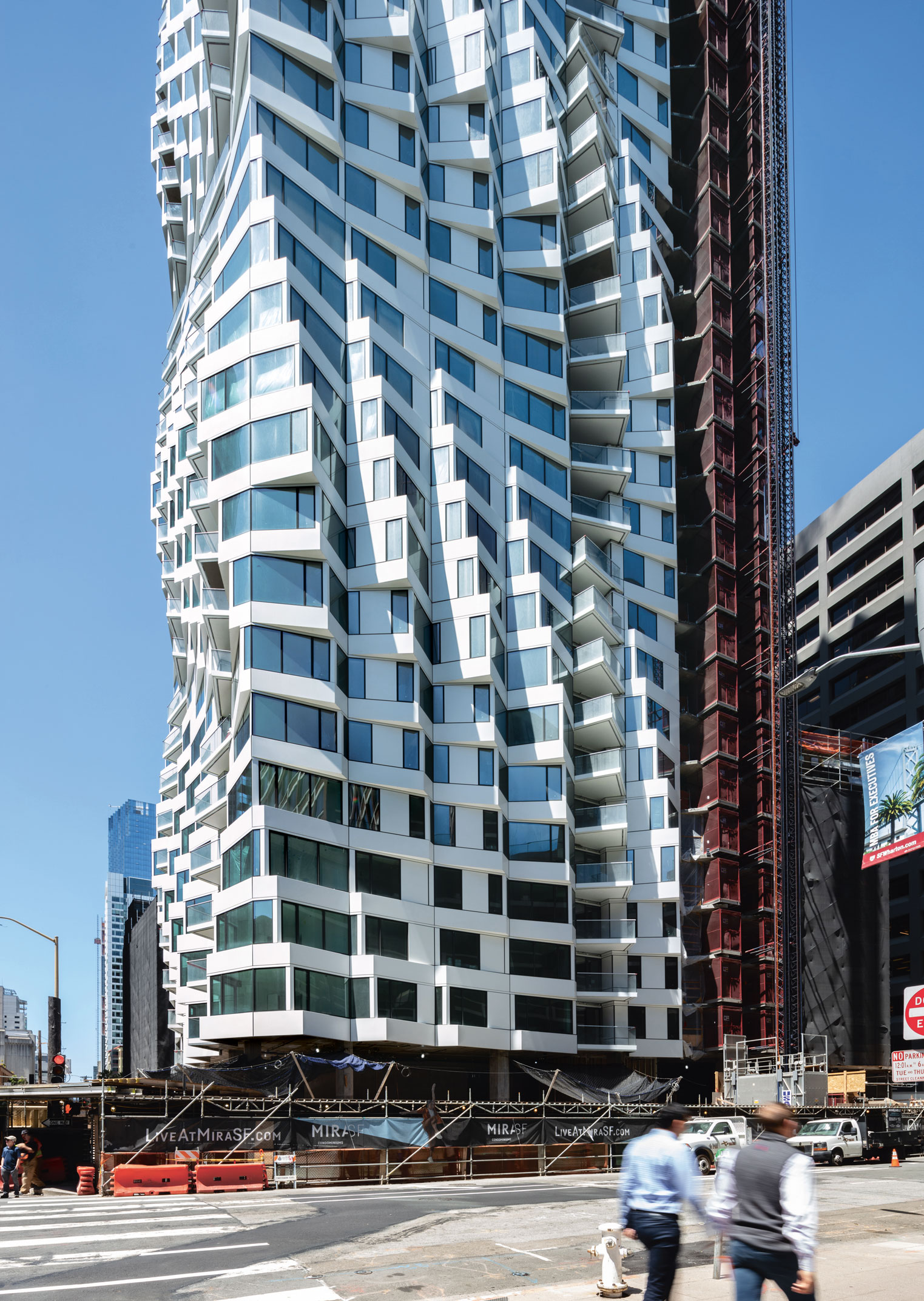 And in the video above / below she describes how it happens in a much larger project, the mixed-use apartment building, City Hyde Park, where the arrangement of the external panels and balconies gives multidirectional views from inside and outside the building.

Gang describes how the rhythm of the facade and its balconies enables visual and social interactions between the occupants of the building, somewhat like the interior of a theatre where the balconies allow the audience the pleasures of watching each other as much as the action on the stage.

The fact that each Studio Gang design possesses its own trajectory means there is no set pattern to how an individual project will evolve. Nevertheless, as our new book demonstrates, the studio has developed a series of strategies that enable a certain set of thematic groupings. You can find out more about them by picking up a copy of the book, here. 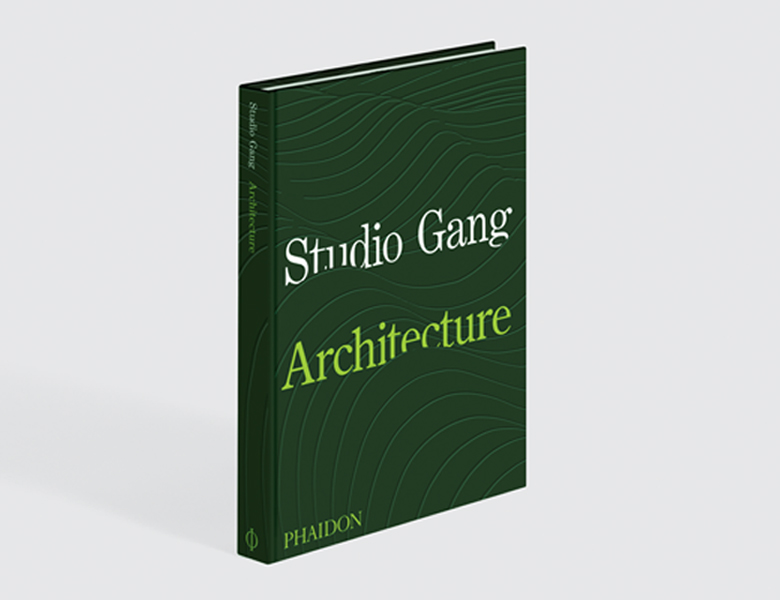 The most in-depth exploration of one of the most important, innovative, and creative architecture practices working today.

For the last twenty years Studio Gang, led by Jeanne Gang, has created bold, visionary architecture that engages the urgent social and environmental challenges of our time. This first comprehensive monograph brings together 25 signature projects-from the award-winning Aqua Tower and Writers Theatre to highly-anticipated upcoming buildings for the American Museum of Natural History and O'Hare International Airport-to reveal the resonant concepts and design approach that connect them. With a rich variety of visual materials and short essays by Jeanne Gang, the book elegantly captures the creative sensibility and trajectory of an architecture driven by pressing twenty-first-century questions.

Studio Gang is an international architecture and urban design practice founded and led by Jeanne Gang. A recipient of the National Design Award in Architecture and numerous other honors, the Studio works as a collective to create projects that foster interaction and connection. Their research-based, interdisciplinary approach has produced award-winning buildings across scales and typologies as well as publications and exhibitions that push design's ability to effect positive change.