How brass bands, ‘ridiculous Beatle worship’, beatings at Eton, a preoccupation with sex and 'deplorable modernist influences' all shaped the early life of one of the UK’s greatest architects

Our new John Pawson book Making Life Simpler tells the story of the minimalist architect's life and work through the buildings he has designed and those that have inspired him, the clients he has worked with, and the art that has moved him.

Along the way it uncovers a whole host of incredibly interesting biographical detail about Pawson’s life. In the first of a series of dives into author and lifelong friend Deyan Sudjic’s hugely engaging narrative, here are a few nuggets from John’s early life and school days. 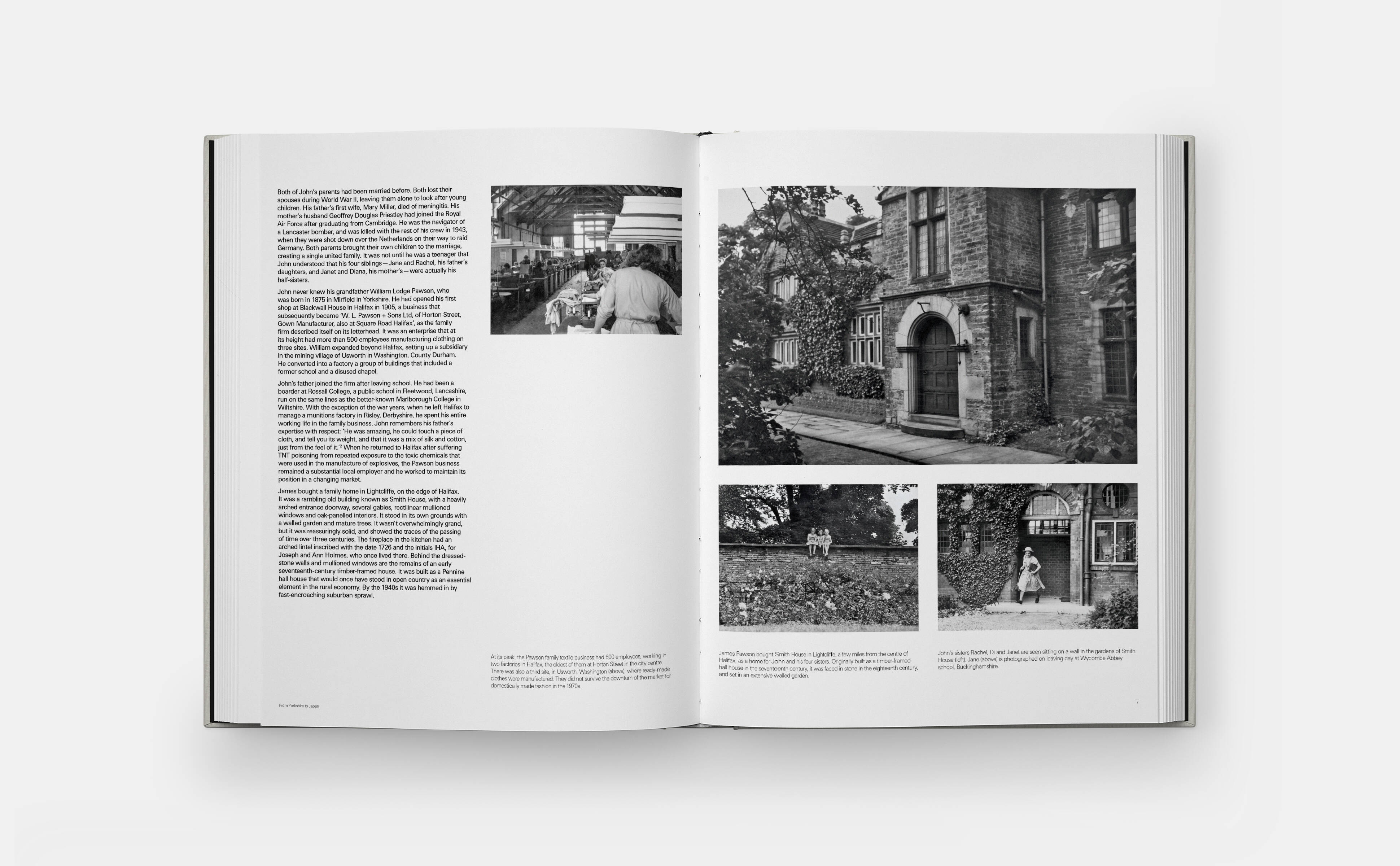 HOME LIFE WAS DIFFERENT His factory owner father would hire the the local Brighouse and Rastrick Brass Band to play in the garden of the family home on Boxing Day. This helped engender a life-long love of music in John and, to this day, a taste for music that is truly eclectic.

HE WAS BEATEN AT ETON Pawson remembers: ‘A lot of ritual went into the process of punishment, so that you were made apprehensive in advance. It was something like an execution. They brought out a block that you were bent over, while a warden held you down.

One school report read: 'I came nearer to striking this boy than any other for many years: this was near the beginning of the half, when in tones of ineffable complacency, he announced that he had not been able to read anything I had written on the board during the first week and of course he could not be bothered to tell me. After this we placed him in front of the division, so that I had the comfortable knowledge that if the temptation to strike came again, I should be able to get in a nice juicy blow.' 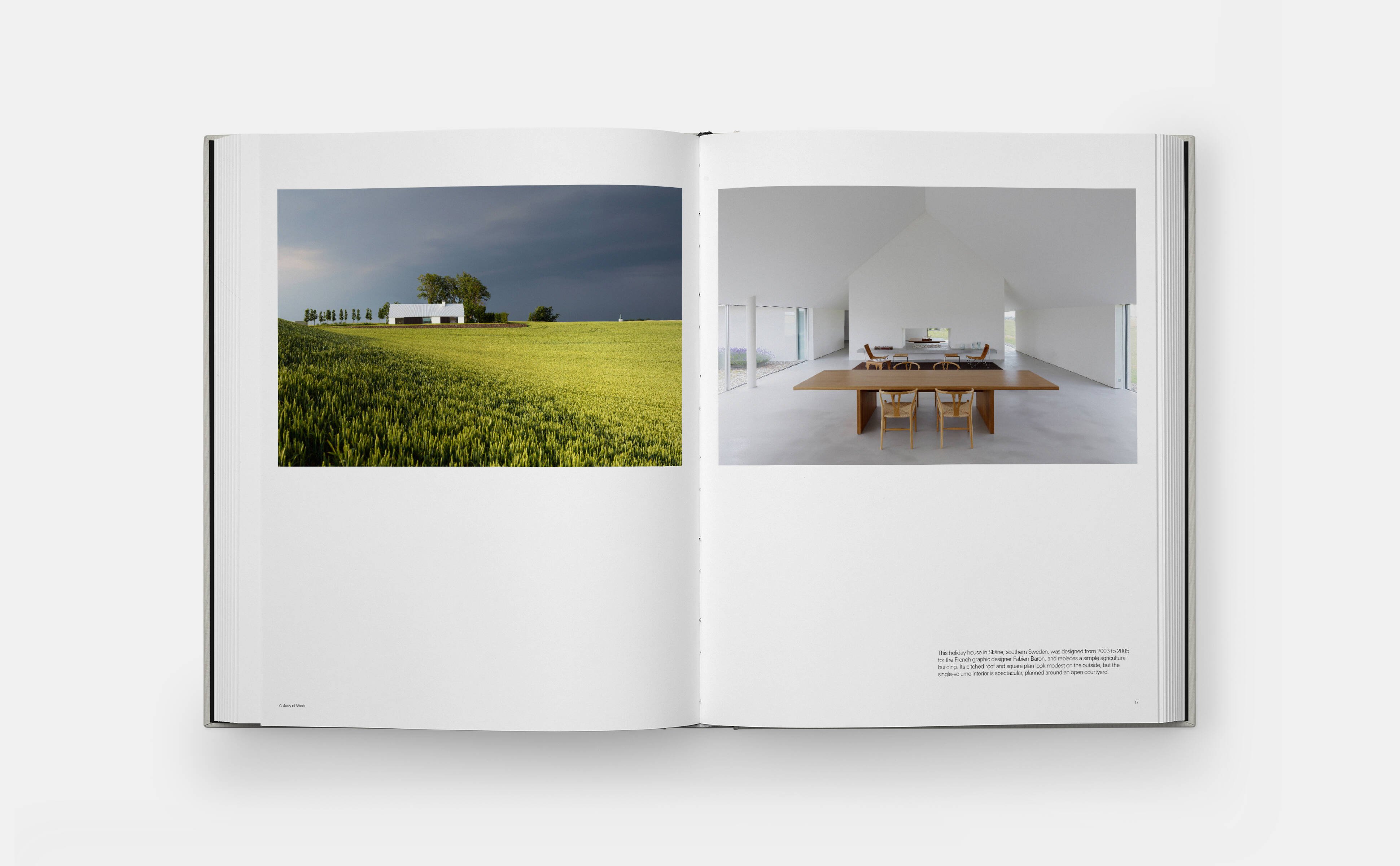 FA FA FA FASHION . . . Though he’s often seen in a cream Loro Piana cable knit these days, back then in his own words, ‘Fashion was difficult. There were to be no Chelsea boots. Morning clothes were expensive; you had a suit made for you. You were not supposed to have hipster trousers or long hair, but I was trying very hard to look like Mick Jagger.’ For a while he settled for a quiff, cut and set by his barber at home, Heaps of Halifax.

EVEN BACK THEN PAWSON LIKED TO FLEX Soon John’s housemaster, DP Simpson, (the editor of Cassell’s Latin Dictionary and a distinguished scholar of ancient Greek) was cautioning John’s father about his son’s spending habits: 'I see now that on his bill the tradesman’s figure is unusually high and you may like to scrutinize the items with an eye to possible extravagance. The one I must query is the tailor’s first entry. If ‘reduce legs’ means make fashionably narrow perfectly good school trousers, that is something that I try to prevent. I have no reason to think that you ever bought him impossibly wide trousers, and I do not like to see them very narrow.'

The housemaster was as censorious of John’s other spending habits. Subscribing to four monthly magazines, a weekly, a fortnightly and daily and weekly newspapers was, in Simpson’s view, simply showing off. He was also concerned at the sensationalist nature of some of Pawson’s reading matter. Could John not, Simpson asked, substitute wholesome material, such as Arthur Conan Doyle or H Rider Haggard, for comic books and a preoccupation with sex? 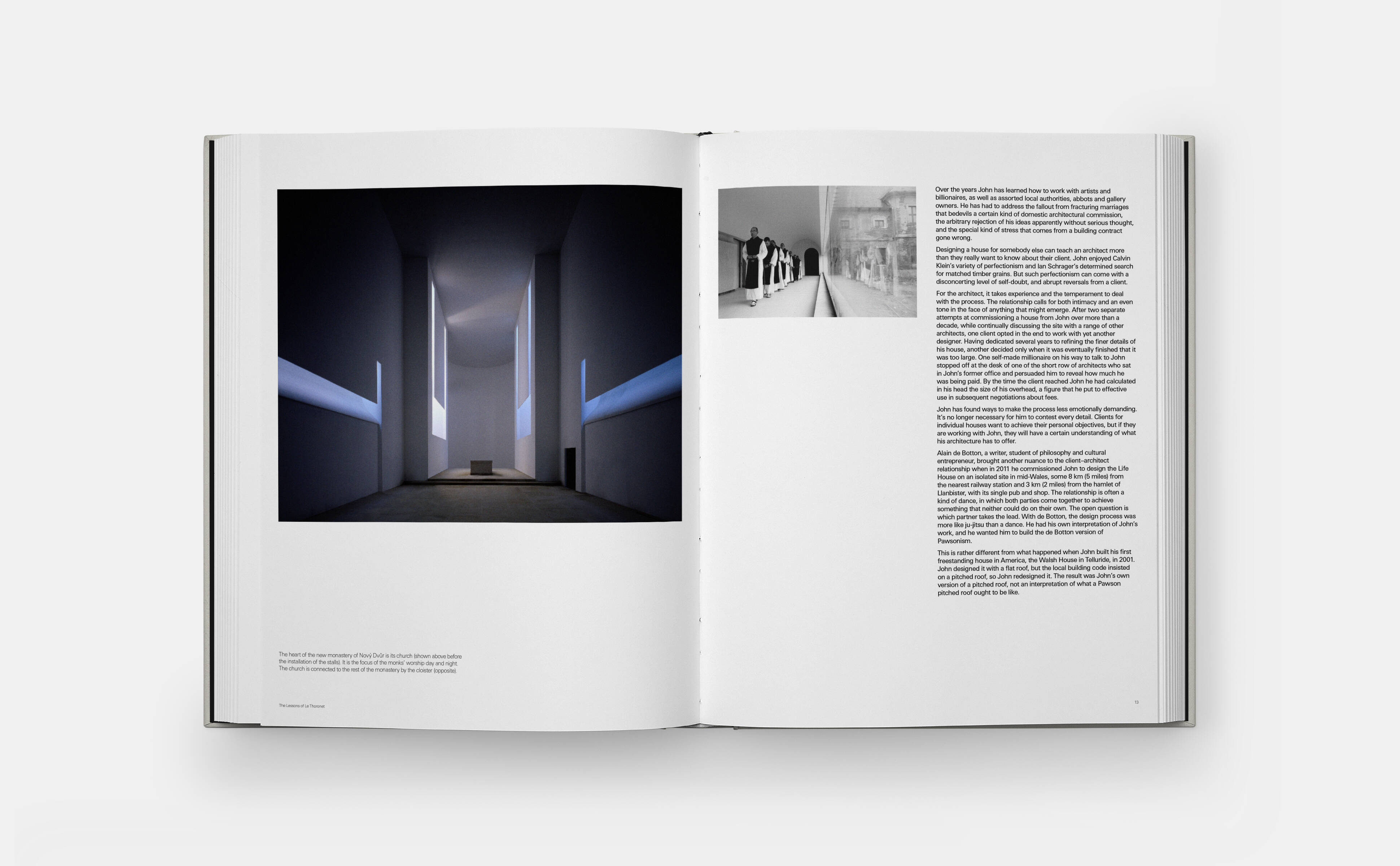 HE ACTUALLY SAW THE BEATLES IN CONCERT In October 1964 the Beatles began their UK tour with a performance at the Gaumont Cinema in Bradford. John, who was there at the start of his fortnight-long leave in the middle of the Michaelmas term to see them open with Twist and Shout, was impressed enough to acquire a drum kit. He installed it in his room at Eton, only to be told to take it home. His housemaster called all these Modernist influences 'deplorable’. Worst among them was what he called John’s ‘ridiculous Beatle worship’.

HE ALSO OCCASIONALLY STRUGGLED WITH MENTAL HEALTH John’s last weeks at Eton were difficult, amounting to an emotional crisis that culminated in his abandoning his exams and breaking out of the school. He walked out of the hall in which he and 100 other pupils were taking their A levels, without finishing the paper. That night he ran away, climbing out of a window to escape.

‘I couldn’t take any more,’ he remembers. Rather than expel or discipline him, Simpson chose to ignore what had happened: 'It was the end of my time there, and he decided not to make a fuss. I already knew university was not an option. I left school as a seventeen-year-old in the summer of 1966 and told my parents that I was going to travel around the world.' 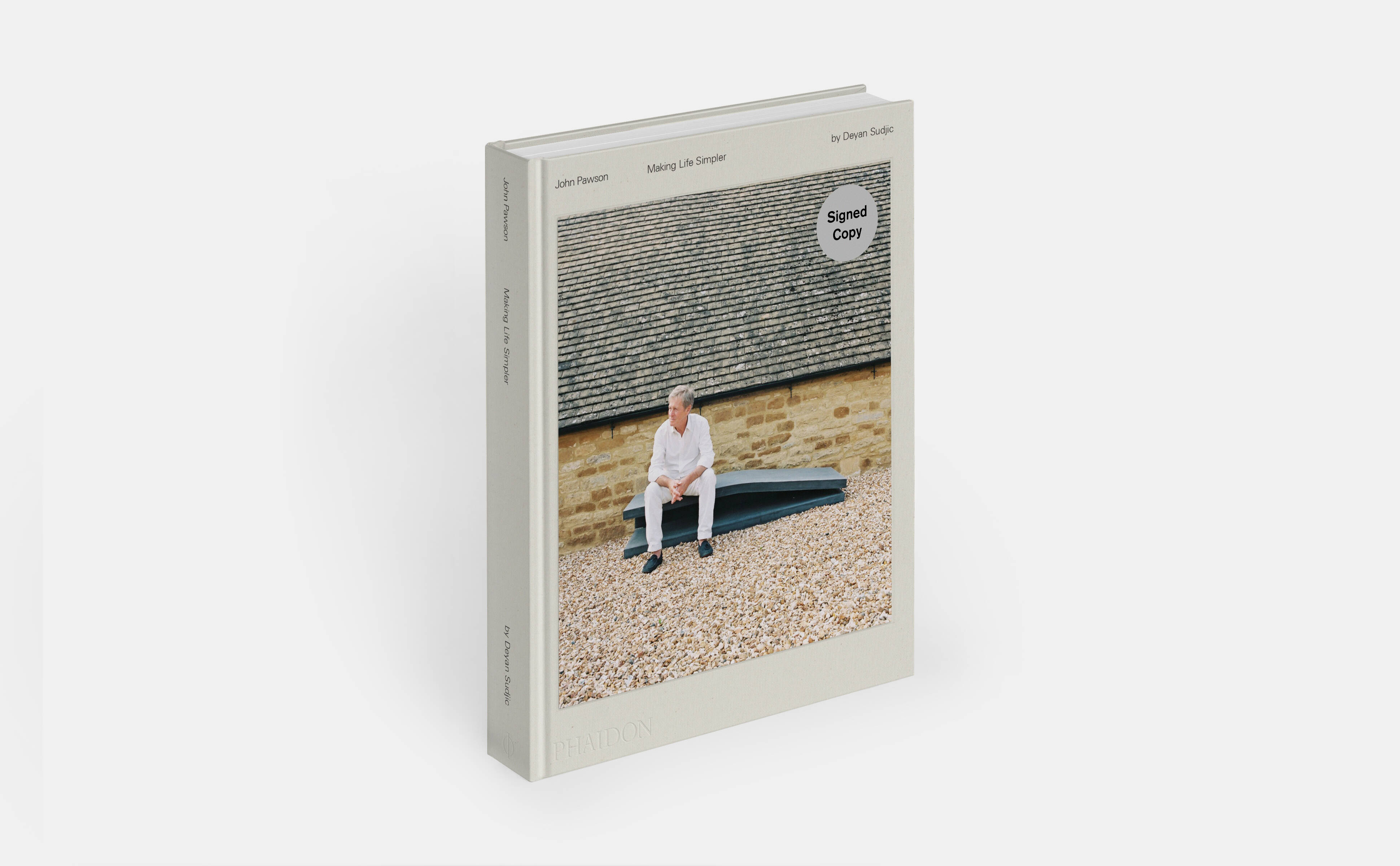 Find out more about Making Life Simpler here. And if you're quick you can snap up a signed copy too.

The only comprehensive book on the fascinating life and work of the celebrated architectural designer, John Pawson

This visual biography brings together John Pawson’s architecture, life, clients, travel, photography, design, books, and ideas. Written by Deyan Sudjic, an architectural historian and long-time friend, it explores the full scope of Pawson’s life, from his Yorkshire upbringing and time spent in Japan to the fashion years and the influence of art, and provides a thoughtful and intimate insight into his life, inspirations, and work.

It features wonderfully engaging stories and anecdotes about Pawson's work with such clients as Bruce Chatwin, Calvin Klein, Karl Lagerfeld, Shiro Kuramata, Martha Stewart, and many more. The book features documents, photography and ephemera, including never-seen-before images from Pawson's personal and professional archives – richly illustrated, this is the ultimate book on John Pawson.

Deyan Sudjic is Director Emeritus of London’s Design Museum, and Distinguished Professor of Architecture and Design Studies at Lancaster University. A co-founder of  Blueprint magazine, Sudjic also edited Domus magazine and has been the architecture critic for The Sunday Times, the Guardian and the Observer. He was the director of the Venice Architecture Biennale, and has curated exhibitions in Copenhagen, Istanbul, and Seoul.
Home Farm Cooking Price AUD$69.95 Price CAD$64.95 Price €39.95 Price £34.95 Price T49.95 Price USD$49.95