The parties that brought joy to Walter Gropius

He may have liked clean lines and rational logic, but he also loved a good time, as our new book shows

In the winter of 1933, facing financial difficulties, personal tragedies, and increasing political persecution, the architect and Bauhaus founder Walter Gropius took not one, but two skiing holidays.

First Walter and his wife Ise skied in Switzerland with old friends; then they held a Bauhaus reunion in the mountains of the Czech Republic, where as our new book Walter Gropius: An Illustrated Biography, notes, ”they attempted to forget the painful realities of life in the Third Reich and enjoyed the simple camaraderie of drinking wine and moonlight skiing.”

That may sound pretty frivolous for a man so closely associated with clean lines and rational logic of mid-century architecture. However, our new book shows just how joyous and fun Gropius life was, both publicly and privately

The new title describes the great man’s life as a young student in Madrid in 1907, as a more mature, jolly wine-loving skier, and as a permissive school master during the Bauhaus’s early days.

Under Gropius’s guidance the school gained a reputation for both modernist excellence and some pretty wild parties, such as its 1929 Metallisches Fest or Metallic Festival, to which guests wore metallic costumes and entered the party down a metal shoot.

There were also more impromptu rave-ups. Here’s how our new book details one particularly rowdy incident from the school’s first year. “One night in October 1919, Gropius was woken at one o’clock in the morning by a group of students playing on improvised instruments outside his window,” the text explained. “When he appeared, they shouted for him to come down and carried him in a triumphal procession to the school canteen, where the party continued until 4 a.m.”

Even once driven out of his homeland, Gropius still found time to party. In 1934 he left Germany and settled on Lawn Road in North London, living in an early modernist apartment block filled with “an extraordinary community of mostly left-wing residents who included artists, architects and writers.” 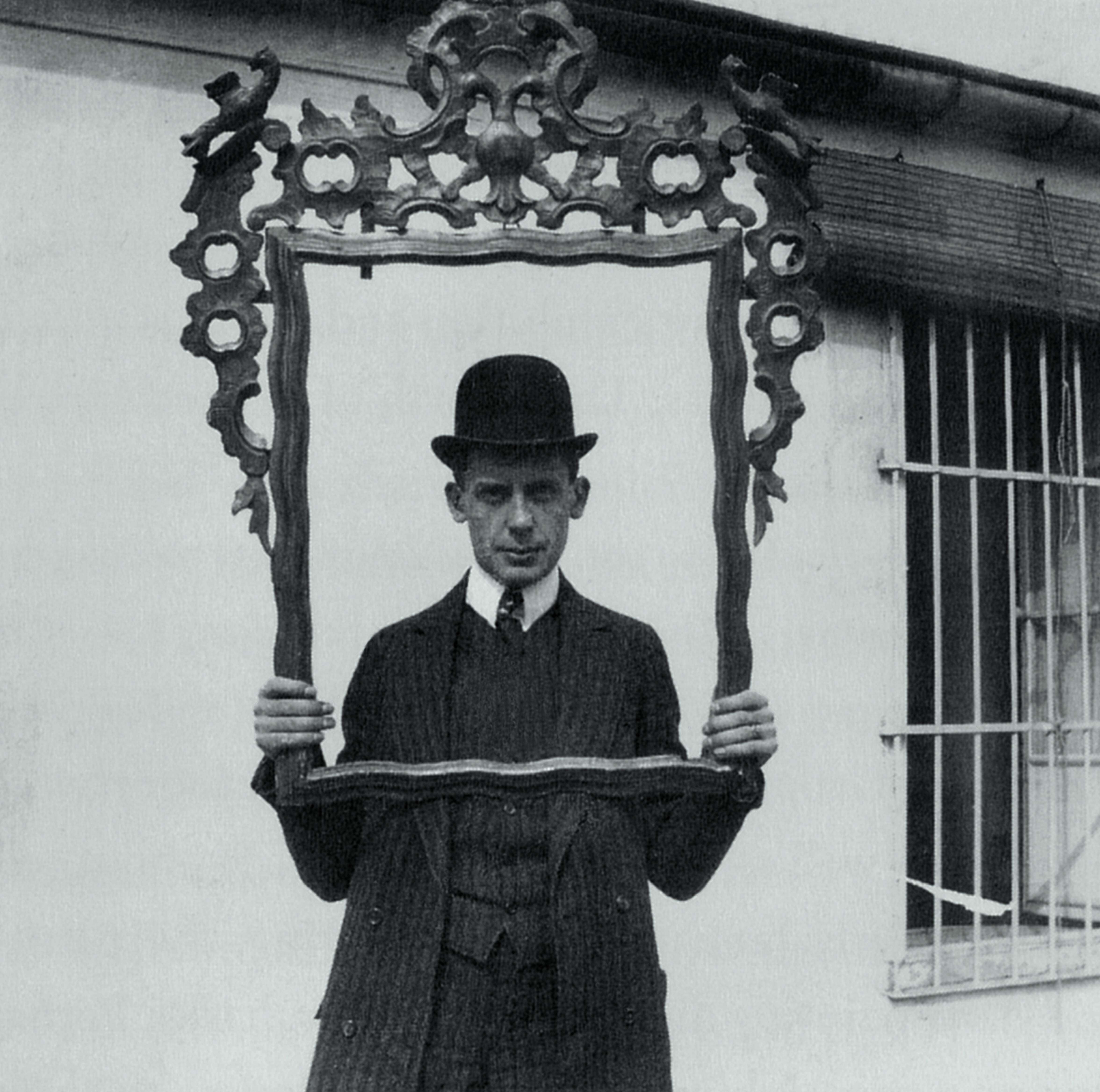 Many of Lawn Road Flats’ residents were part of the Half Hundred Club, a dining society which made light of Britain’s poor quality produce, while actually cooking and serving some of London’s best food.

The book reproduces the menu for the first Half Hundred Club dinner, January 1937 (top image). “Self-styled as a ‘poor man’s supper club’, in reality several members of the club were involved with fine wine imports and writing cookery books, making the food served exceptional,” explains the accompanying text.

Gropius’s jovial demeanour also remained intact once he emigrated once more, this time to America. In the summer of 1937, shortly after his arrival, he and his wife Isla rented a house on Planting Island, Massachusetts, which they turned into a kind of Bauhaus reunion summer camp. There’s a picture of Gropius with fellow architect, Bauhaus alumni and emigre Marcel Breuer and other alumni horsing around on the beach that summer, in our new book.

Even after the great man’s death in July 1969, the parties didn’t stop. Our new book describes how Gropius’s widow Isla planned and staged a celebration of Walter’s life, which eventually took place in May 1970 at his former architecture practice in Cambridge, Massachusetts.

“Dubbed the ‘Grope Fest’,” explains our book, “it was a recreation of the 1929 Metallic Festival. A thousand guests, many of them in costume and by now quite elderly, made their entrance down a metal slide – as they had done during the original Metallisches Fest at Dessau in the Roaring Twenties. The following day The New York Times reported: ‘Two nearly naked women and a man painted in silver from head to toe slithered across the room as eerie electronic music and flashing strobe lights reverberated against walls and ceilings covered with silver paper. Below them, statuesque women in floor length metallic gowns and men in silver ties whizzed down a chute, bounced off rubber mats in the basement and ran into an inflated plastic bag, where they gleefully threw fistfuls of tiny white pellets at each other. No one was more excited perhaps than Mrs. Ise Gropius, the energe 73-year-old widow, who came wearing a black and white print gown and a crown of aluminum plates and wire stripping.’”

A widow’s weeds have never looked more modernist. For more on these parties and plenty of other details besides, order a copy of Walter Gropius: An Illustrated Biography here.

A stunning visual biography of the life of Walter Gropius, founder of the Bauhaus, and one of the world's most influential architects

This illustrated biography tells the story of Gropius's life, beginning with his shattering experiences in World War One, his turbulent marriage to the notorious Alma Mahler, the establishment of the Bauhaus, and the tragic death of their daughter Manon.

After Gropius's agonized decision to leave Nazi Germany in 1933, the book explores his life in exile in London and then his move to America in 1937, where he lived and worked until his death in 1969.

Features more than 375 illustrations including letters, telegrams, sketches, drawings, photographs, posters, brochures, and other ephemera. The authors present the life of Walter Gropius as not just a key figure of 20th-century architecture, but as an extraordinarily generous person - a connector, protector, and benefactor who improved the lives and careers of all those with whom he came into contact.

This is the first comprehensive illustrated biography of one of Modern architecture's most important figures.

Leyla Daybelge and Magnus Englund are self-confessed 'Bauhaus obessives', with a specialist interest in Walter Gropius. They are co-authors of the 2019 book Isokon and the Bauhaus in Britain, detailing the little-known story of Walter Gropius's life and work in London during the 1930s. Magnus and Leyla have delivered dozens of highly acclaimed lectures on the Bauhaus and Walter Gropius.

'Traces the many lives and influences of architect Walter Gropius.' - Fast Company

'What one finds in his biography is not only related to modernism, it is related to a passionate, sophisticated man whose legacy should never be forgotten.' - Daily Art Magazine

More on The parties that brought joy to Walter Gropius

The elite students who remade the world under Walter Gropius

The artists who sustained Walter Gropius

Life and work of Walter Gropius