You can own a Danny Lyon limited edition print

One of the most original and influential documentary photographers of our time, Danny Lyon has chronicled in pictures, the lives of society’s outsiders, activists and underdogs in a stellar career stretching back to the early 1960s.

America’s foremost photo journalist is widely credited as inventing what was later called ‘The New Journalism’ – a practice whereby a photographer would spend weeks, in Lyon’s case sometimes months – living alongside their subjects.

Lyon famously joined a motorcycle gang, crossing the United States with them resulting in the photographic book The Bike Riders. He catalogued the lives of the Texas prison population the photos of which were published in Phaidon’s Conversations with the Dead. But he also trained his lens on less explosive though no less interesting characters.

The two captivating prints we’re offering today were taken in 1963, when Lyon spent time in Uptown, a poor white area of Chicago nicknamed ‘Hillbilly Heaven’. With a borrowed Rolleiflex camera, he followed the inhabitants of Clifton Street, befriending the families who lived there and documenting their intimate moments - inside their homes and on the street. 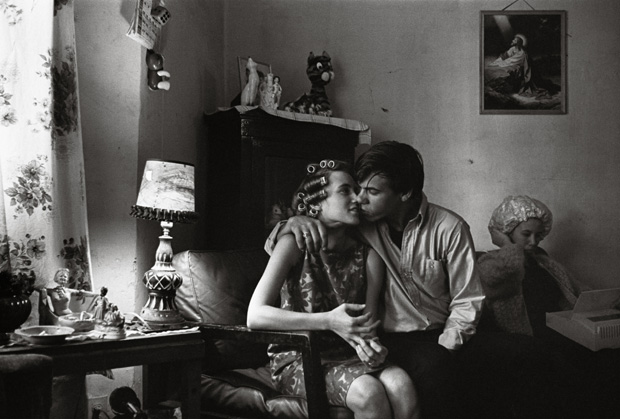 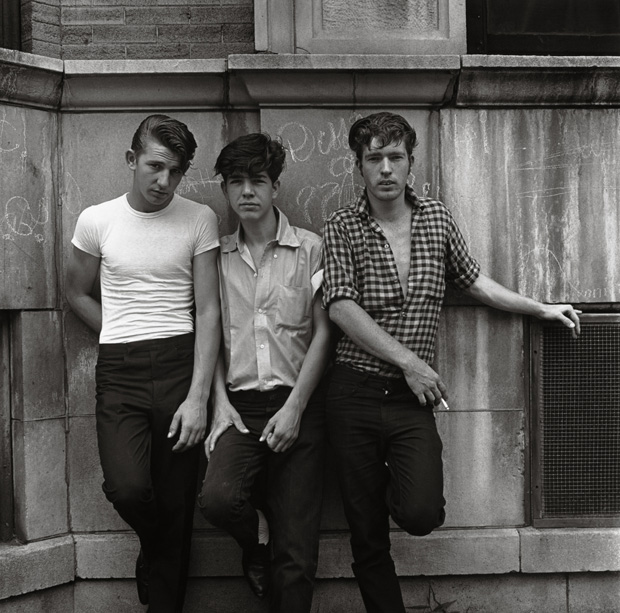 Both prints are sure to be in demand so if you like what you see don't hang around. You can learn more about them, then buy them here. Lyon has had solo exhibitions at the Whitney Museum of American Art, the Art Institute of Chicago and the Philadelphia Museum of Art amongst others and is the recipient of two Guggenheim Fellowships. You can read more about him and see his most recent work at his great blog here.

Memories of Myself is a collection of beautiful photo essays from over forty years of the remarkable career of Danny Lyon, one of the most original and influential documentary photographers in American photography.

Each story is published as a complete piece for the first time, and also includes Lyon’s own texts, which tell the story behind each photo essay and his subjects in his own distinctive voice, to celebrate this rebellious photographer’s unique vision.

In 1963, Danny Lyon spent time in a poor white area of Chicago called Uptown. Nicknamed ‘hillbilly heaven’, it was a very tough and deprived neighborhood. With a borrowed Rolleiflex camera, he followed the inhabitants of Clifton Street, where he befriended the families who lived there, documenting intimate moments both inside their homes and on the street. Three Young Men captures three men who had moved to the Uptown area from the deep South, posing against a concrete wall tagged by chalk graffiti. Their tough stance and rebellious manner is tempered by a sense of youthful vulnerability. Specifications:

Danny Lyon has long been considered one of the most original and influential documentary photographers. He is also a filmmaker and writer. Lyon’s highly collectible books include The Bikeriders (1968), The Destruction of Lower Manhattan (1969), Conversations with the Dead (1971), Knave of Hearts (1999), and Indian Nations (2002). In 2007, he published the non-fiction work, Like a Thief’s Dream. There have been solo exhibitions of his work at the Whitney Museum of American Art, the Art Institute of Chicago, the Philadelphia Museum of Art, the Corcoran Gallery in Washington, DC, and the Museum Folkwang in Essen, Germany. He has won two Guggenheim Fellowships, a Rockefeller Fellowship, and many National Endowment for the Arts awards in photography and film. Lyon divides his time between New York State and New Mexico.