Has any other contemporary photographer paired image-making with activism as successfully as Danny Lyon? The 72-year-old American joined the Civil Rights movement in the summer of 1962, covered the country’s outlaw motorcycle chapters during the height of their infamy, and has since borne witness to the large-scale destruction of communities in lower Manhattan; the US prison system; the Occupy movement; the changing circumstances of the citizens of Shanxi, northern China; and life on Native American reservations. In 2014, 52 years on from him first packing his Nikon Reflex to hitchhike south, Lyon continued to use his talents to speak truth to power. Read on to learn why he shifted his focus towards climate change. 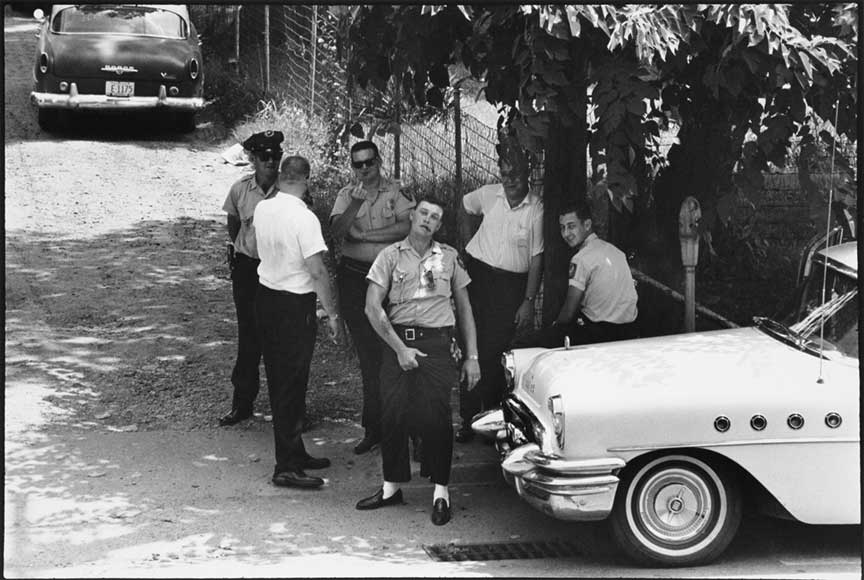 "The news that after thirteen days they were unable to reach an agreement at the UN Summit on Climate Change is alarming."

"Because I live in the south west of America, which is desert, and we live on irrigated land, I am acutely aware of lack of rain (none), an increase in winds, and the huge fires are now a way of life here."

"I have been using my old Rollieflex loaded with film on a subject related to climate change. I don't like to talk too much about a work in progress. As you know Conversations with the Dead will be re-issued after being out of print for over forty years. And I spend a lot of time writing, including the blog dektol.wordpress.com." You can read Danny's latest blog on climate change Kill the Koch brothers: A grade school play here.

Danny Lyon's books are available in the store including the Collectors' Editions Three Young Men and Inside Kathy's Apartment.

Memories of Myself is a collection of beautiful photo essays from over forty years of the remarkable career of Danny Lyon, one of the most original and influential documentary photographers in American photography.

Each story is published as a complete piece for the first time, and also includes Lyon’s own texts, which tell the story behind each photo essay and his subjects in his own distinctive voice, to celebrate this rebellious photographer’s unique vision.

In 1963, Danny Lyon spent time in a poor white area of Chicago called Uptown. Nicknamed ‘hillbilly heaven’, it was a very tough and deprived neighborhood. With a borrowed Rolleiflex camera, he followed the inhabitants of Clifton Street, where he befriended the families who lived there, documenting intimate moments both inside their homes and on the street. Three Young Men captures three men who had moved to the Uptown area from the deep South, posing against a concrete wall tagged by chalk graffiti. Their tough stance and rebellious manner is tempered by a sense of youthful vulnerability. Specifications:

Danny Lyon has long been considered one of the most original and influential documentary photographers. He is also a filmmaker and writer. Lyon’s highly collectible books include The Bikeriders (1968), The Destruction of Lower Manhattan (1969), Conversations with the Dead (1971), Knave of Hearts (1999), and Indian Nations (2002). In 2007, he published the non-fiction work, Like a Thief’s Dream. There have been solo exhibitions of his work at the Whitney Museum of American Art, the Art Institute of Chicago, the Philadelphia Museum of Art, the Corcoran Gallery in Washington, DC, and the Museum Folkwang in Essen, Germany. He has won two Guggenheim Fellowships, a Rockefeller Fellowship, and many National Endowment for the Arts awards in photography and film. Lyon divides his time between New York State and New Mexico.