“I’ve tried with whatever power I had to make this picture of imprisonment as distressing as it is in reality. The few times I doubted the wisdom of my attitude, I had only to visit someone in his cell to straighten out my mind. And the material collected here doesn’t approach for a moment the feeling you get standing for two minutes in the corridor of Ellis.”

Photographer Danny Lyon's own assessment of the photographs he took within the Texas penitentiary system in the late 1960s holds as true today as it did back then.   The Ellis he's referring to in our quote above was a prison farm for convicts considered to be the most dangerous or unmanageable back in the 1960s.  Ellis was one of the six Texas penitentiaries where Lyon spent fourteen months photographing inmates in 1967 and '68. 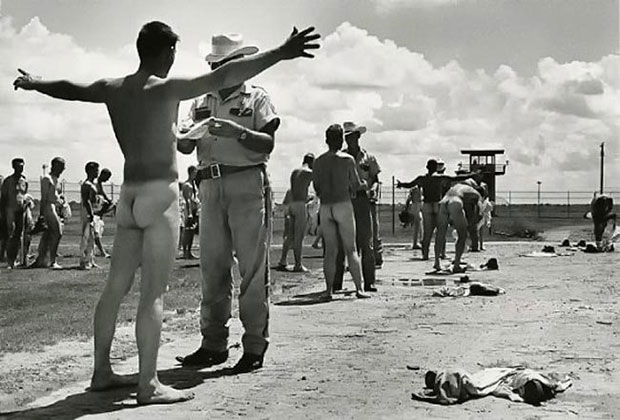 Shakedown - Danny Lyon from Conversations with the Dead

The photographic record that resulted from his time there, Conversations with the Dead, was published in 1971, and has been described by current Magnum president and photography historian Martin Parr (co-author with Jerry Badger of The Photo Book: A History, as Lyon’s ‘masterpiece’.

So you can imagine how pleased we were to hear that on seeing Phaidon's remastered facsimile of the original book, Parr deemed the new edition – which we publish in September - “as powerful and relevant as ever.”

Nevertheless, it remains a tough read. The original version of the work, Lyon tells us, appeared as a small unfinished portfolio printed in the print shop of The Walls – one of the penitentiaries - and entitled ‘Born to Lose’. The printing was supervised by convict James Renton, known better as Smiley, who at the time was serving 11 years for burglary. 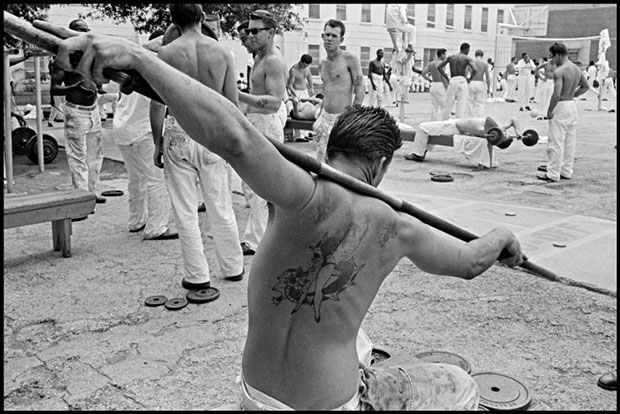 The Yard - Danny Lyon from Conversations with the Dead

Always one to immerse himself totally in a project, during his time working on the photos Danny befriended many of the men in the Texas penal system. But it’s the drawings, letters and testimony of an inmate named Billy McCune, that dominates Conversations with the Dead as much as does Lyon’s intimate photography.

Lyon had already made a name for himself by the time he came to shoot in Texas, having single-handedly invented what became known as the New Journalism – spending months with a subject, or subjects, building up telling and detail-packed portraits of their lives. He'd also taken his life in his hands travelling the length and breadth of America, photographing notorious biker gang The Outlaws.

In McCune however, he found a protagonist whose story had a particular poignancy. Born to an epileptic World War One vet who sold pencils and ice cream, McCune was judged, in his teens, to be ‘feebleminded’. After leaving school he joined the navy but was discharged for ineptitude. Charged with the rape of a woman in a Fort Worth car park he was found guilty and sentenced to death. While awaiting his fate however, he cut off his penis at the root and placed it in a cup, which he passed between the cell bars to an unbeknowing guard. 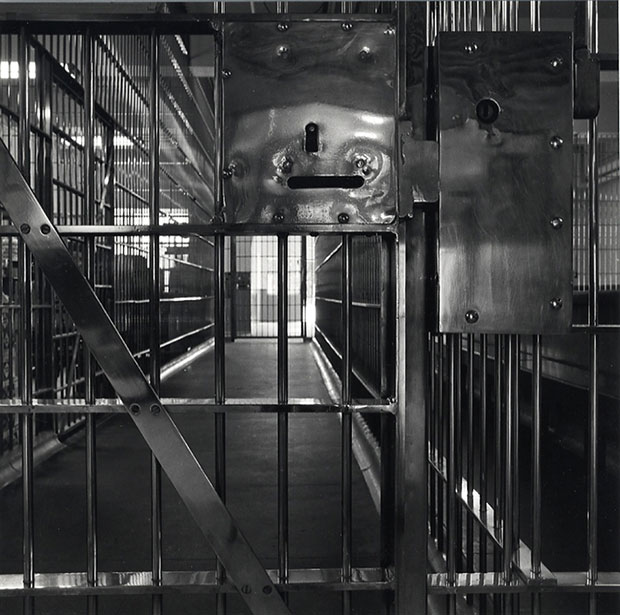 Five appeals against McCune's death sentence passed until new evidence emerged that seriously questioned the character of his victim. In the final appeal, a close relative of the victim even posited the question whether a rape had actually occurred at all. In 1952 McCune’s death sentence was commuted to life in prison where he spent the first seven years in solitary confinement. 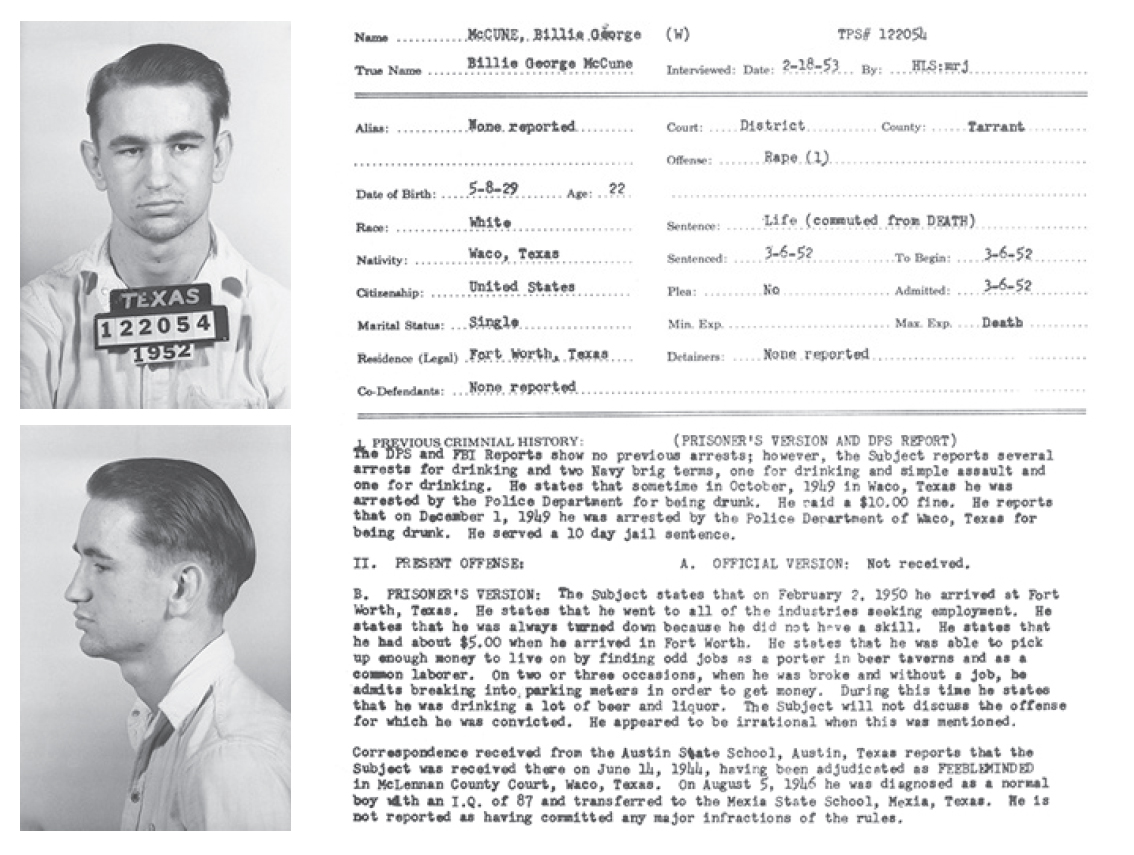 McCune’s letters to and the drawings and paintings he made for Danny Lyon permeate Conversations with the Dead, giving the reader an uneasy insight into the brutality, hopelessness and dispiriting existence of life in jail in Sixties America where many men were serving long sentences merely for smoking weed or indulging in same sex relationships.

As Lyons says in the book, “I simply did not believe I could convey the reality of the prisons through my own writing alone. I wanted to drag the reader in with me. I wanted to put the reader through what I was experiencing emotionally. I wanted it to be real, and I became convinced the best way to do that was to use these documents and count on the basic humanity of my readers to respond.

Released in 1974, having been in jail since 1950, McCune paid a surprise visit to Lyon in 1982 - and then nothing more was heard of him until 2000 when the photographer received a letter from a Catholic worker at a Holy Family House in Kansas City. Old, frail and worn thin from a life lived on the harsh streets of New York, McCune had requested to see Lyon just one more time before he died - in effect to thank him for the kindness Lyon had shown him in telling his story, and, to say goodbye. 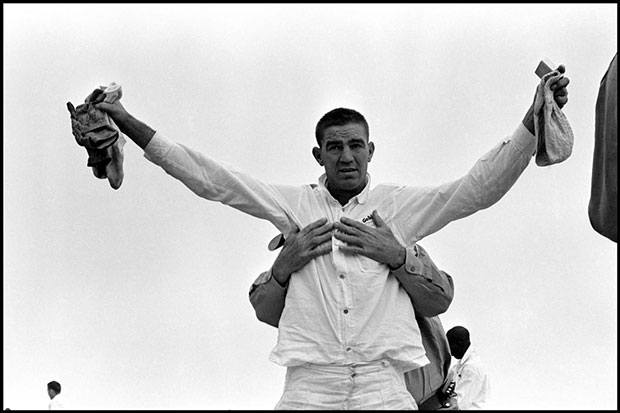 Shakedown - Danny Lyon from Conversations with the Dead

“Billy’s story was by far the most distressing and was the most difficult for me to deal with,” says Lyon today. “If back in 1968 I thought I could bring down the mighty walls of the Texas prison system by publishing Conversations of the Dead and the work of Billy McCune then those years of work are among the greatest failures of my life. In Texas I photographed a world of over 12,500 men and women. Within a generation that number exploded to over 200,000. Much has changed in America since I drove from NYC to Texas to make this book.”

A desperately sad social portrait of oppression and futility it may be but Conversations with the Dead is also an exceedingly powerful photographic document, presented in its new guise just as it was then – though with a postcript and lots of perspective from the now 73-year-old Lyon.

It's a tough but rewarding book that, in common with many of the titles Phaidon publishes, has the power to make you think again, or in a different way about its subject matter. That the photographs, are as compelling as they are distressing goes without saying, yet in its adherence to the creative vision, principals and presentation that fired Danny’s original version, it's one that really does repay time spent with it. 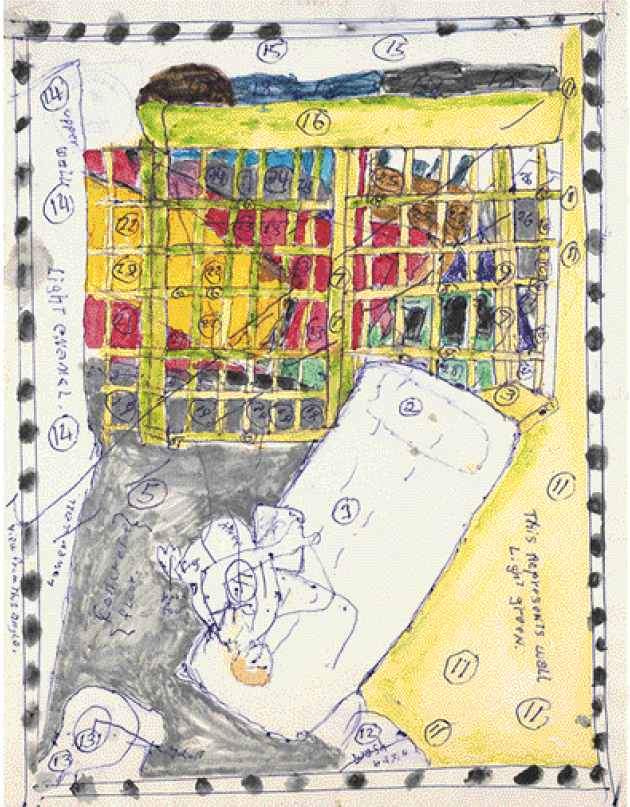 Drawing by Billy McCune - Danny Lyon from Conversations with the Dead

You can preorder Danny Lyon's Conversations with the Dead, which is published in September, here. Meanwhile Danny's other magnificent photo books including the superlative collection,  The Seventh Dog, can be found here. You can keep up to date with Danny's continuing socially aware photography and writings at Bleakbeauty.com. 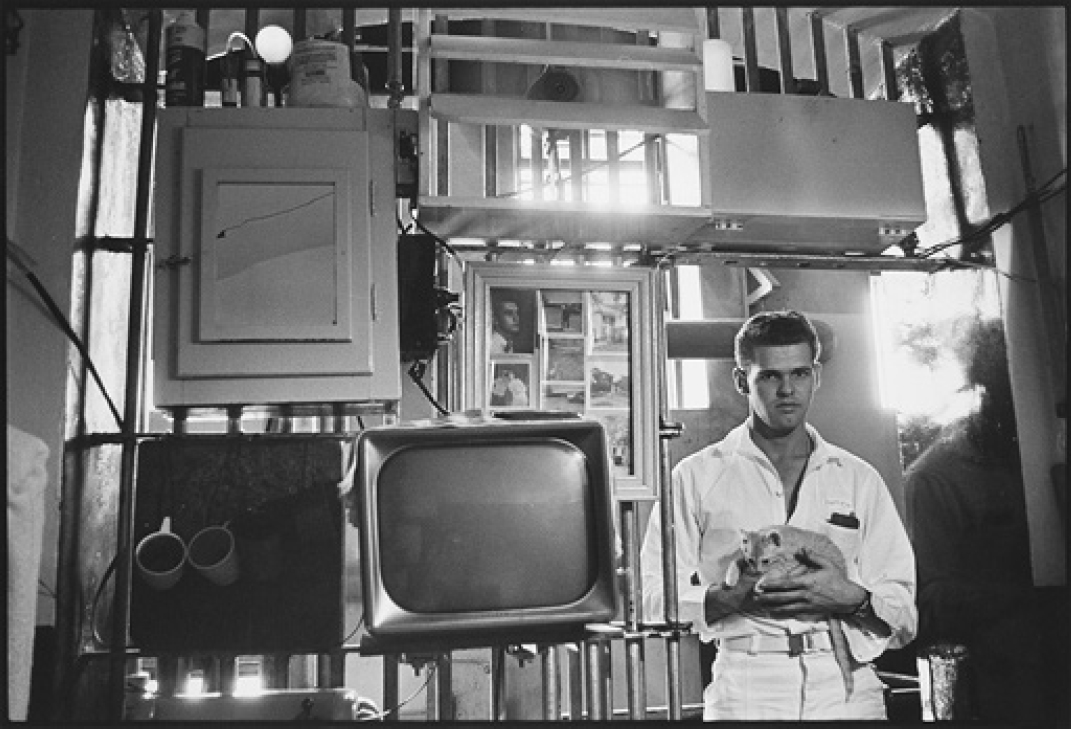 Heralded as a “masterpiece” by Martin Parr and Gerry Badger in The Photobook: A History Volume II.

Revolutionary in the 1970s, Lyon’s record of life inside the Texas prison system was one of the first photobooks to include ephemera and has been out of print for over 40 years.

A valuable collector’s item, first edition hardbacks in good condition sell for over $1000, this edition has been updated with a new afterword by Danny Lyon.

The growth of the prison population in the US – currently the largest in the world – and recent debate over the drugs used in carrying out the death penalty highlight the continued relevance of this book today.