“During the summers in New Jersey, when I was growing up, I would sometimes lie on the bottoms of swimming pools and, looking up, photograph swimmers coursing overhead," The acclaimed underwater photographer David Doubilet remembers. "The best, the most athletic, looked like tin toys compared to sea lions, sharks, manta rays or turtles. Humans swim with individual movements, as if governed by primitive clockwork mechanisms. Sea lions, however, flow and shift with weightless grace. Their bodies follow their eyes. Stingrays fly. Then can beat their wings to accelerate, or ripple them to hover.” 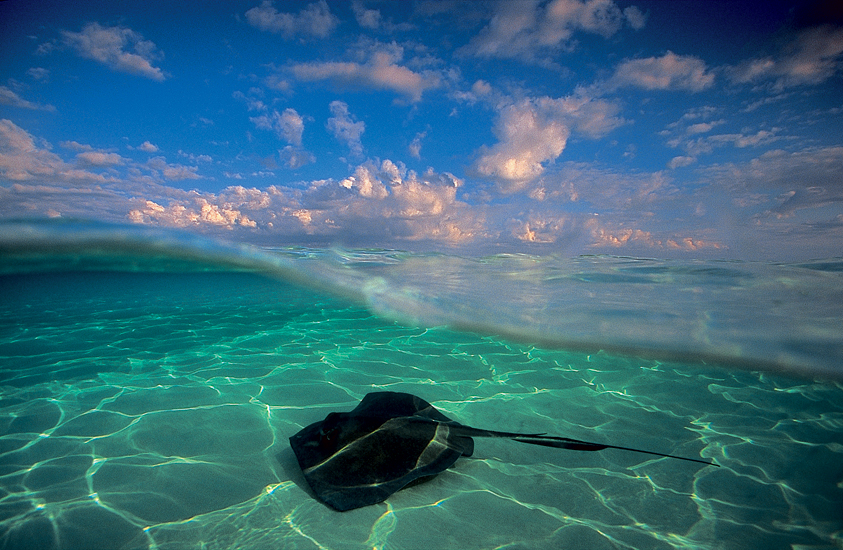 The legend goes that Doubilet has spent more of his waking hours under water than above. Flicking through the photographs in Water, Light, Time (the perfect title for a perfect book) it’s almost possible to believe the legend. Born in 1948, the New York-born photographer began snorkeling at the age of eight and by the age of 13 he was taking his first underwater photographs in the green sea off the New Jersey coast. He published his first photos in National Geographic in 1972 and has since become one of the venerable magazine’s most prolific photographers. 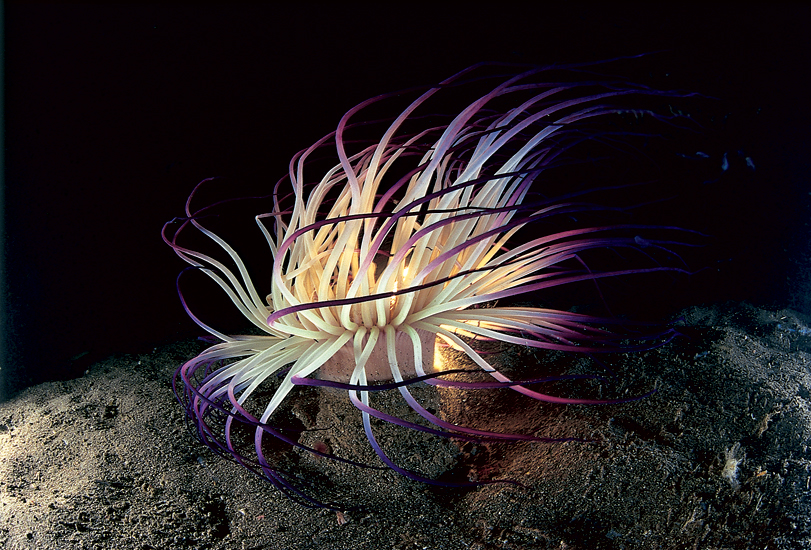 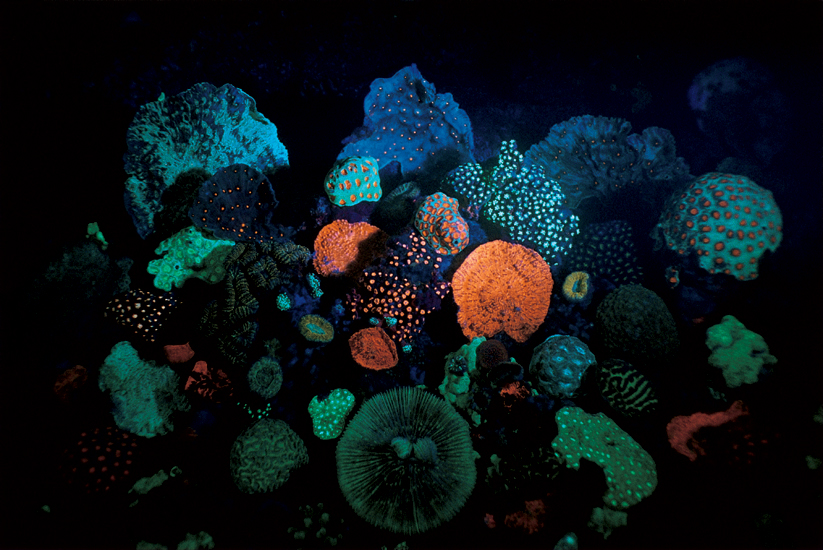 The talks will centre on his experiences on the frigid but life-filled waters of Antarctica, Canada’s Gulf of St. Lawrence, where harp seals struggle for survival amidst disappearing sea ice and the coral paradise of Kimbe Bay, Papua New Guinea, which he regards as "a world more alien than the edges of space.” 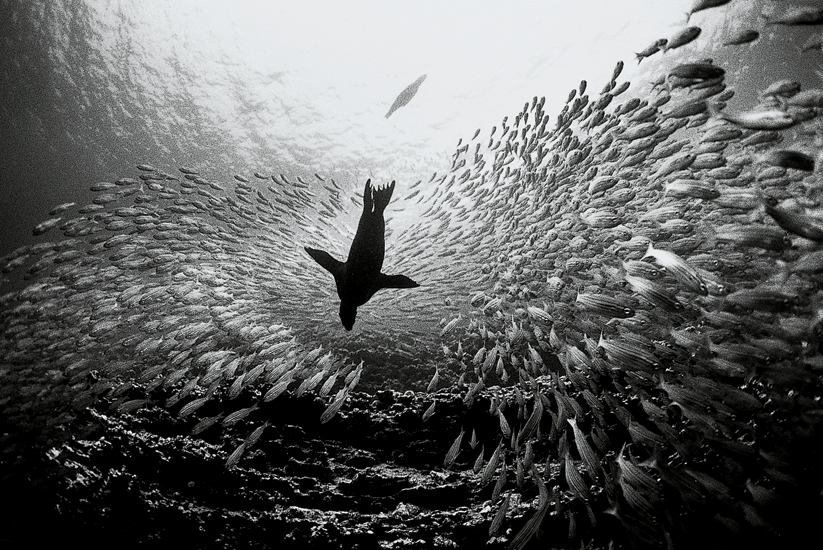 The next talk is in Chicago at the Goodman Theatre on February 9 with further talks to follow in Los Angeles, Seattle, Calgary and Kansas to come  throughout 2015. Check National Geographic’s events site here for more details. 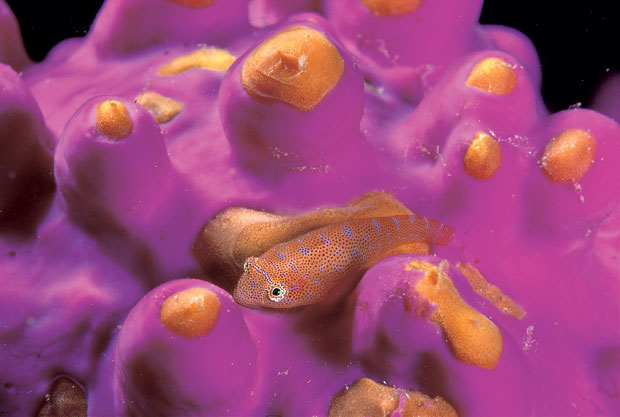 David is a really engaging speaker who brings a fascinating world to life without the need to don flippers or fins. So if you can, we urge you to attend one of the talks. If you can’t make them however, his Phaidon book, Water Light Time book has some mesmerizing stories to accompany the evocative images Doubilet has shot throughout his career. From the waters of the Galapagos to the Red Sea, from the Pacific shores to the to the fresh waters of of North America, the book features over 25 years of his work and reveals the exquisite beauty of the sea, its life forms and landscapes. There's also an accompanying postcard box.

Now available as a paperback, Water Light Time surveys over 25 years of the work of the world's leading underwater photographer, David Doubilet. This is the photographer's only book to include pictures of underwater territories from all around the world. This new paperback edition will make one of Phaidon’s most popular titles accessible to an even wider audience. Specifications:

Born in America in 1946, David Doubilet began snorkelling at the age of eight; by the age of thirteen, he was taking his first underwater photographs with a pre-war Leica in the green sea off the New Jersey coast. Having studied photography at Boston University, he published his first pictures in National Geographic in 1972 and has continued to do so regularly since then, reporting from oceans around the world.

He has captured ground-breaking images of great white sharks, creatures of the undersea desert, flourescent corals and shipwrecks. Widely acclaimed as the world's leading underwater photographer, Doubilet has received numerous awards including 'Pictures of the Year' repeatedly, as well as the prestigious 'Lennart Nilsson Prize' in 2001.

"A showcase for the work of National Geographic's David Doubilet, an heir to Cousteau and Cartier-Bresson, whose underwater photojournalism, with its painterly contortions of color and geometry, transcends mere reportage."—The New Yorker

"Page after page of mesmerising pictures."—Arena

"An inspiring and dramatic book, which takes underwater photography to new levels."—Dive

"You can almost hear the sea with each turn of the page. Buy it."—Practical Photography

More on Join David Doubilet in an amazing underwater world 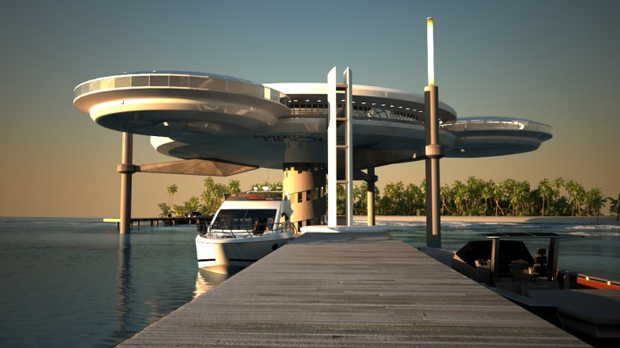