How does the photographer link the world's most famous fundament to the global financial crisis?

Our friends at Artspace have posted a typically insightful interview with the American photographer Philip-Lorca diCorcia based around the 64-year-old’s new series, East of Eden, which is on show at David Zwirner in New York right now. The new work dwells on the toxic after-effects of the 2008 financial crisis and DiCorcia had a lot of interesting things to say about the post-Edenic feel he captures in these new photographs.

“The financial crisis is, in a way, a bitter memory for most people,” he explains to Artspace's Karen Rosenberg. “But I think the scar that’s left is gross income inequality. To some degree it’s gotten even worse - people have shifted their attention from just wanting to be rich to wanting to be rich and famous. If they could afford it, I’m sure most people would get themselves a Kim Kardashian ass implant. The world has not moved on - they’re just as stupid, just as ready to get taken by the next huckster.” 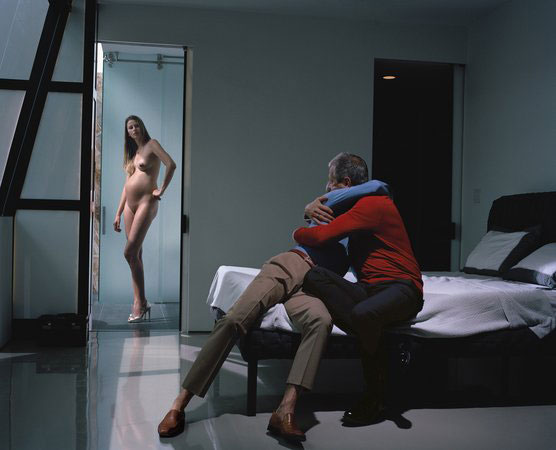 Later in the interview, we were particularly taken with the kind of advice he gives students on his Yale Master of Fine Arts program, not only because diCorcia’s words bring to mind some of the artist writings in our new Akademie X book but also because diCorcia talks about how things were when he began his career, in an era which also has a distinctly prelapsarian feel to it.

“There were very few expectations when I was starting out,” the photographer recalls. “I think there were two photo galleries in New York City. At that time it was kind of galling that photo-based work could be described as something different from photographs that were intentionally made. Like [art-world sub-genre] the Pictures Generation - that always ticks me off. What a stupid title, what a curatorial wank-off. Pictures are pictures. There’s always this attempt to distinguish yourself from the workaday guy that goes out with three cameras around his neck and a fly-fisherman’s vest.”

“I came up in an era in which the whole concept of the relationship between photography and art shifted,” diCorcia goes on. “I think it’s kind of shifting away from that—maybe it went too far. But my complaint with students is that they’re overly aware of things that they’re not really well-educated in. They want to do abstraction, they should know something about abstraction—not just because abstraction happens to be the thing of the moment. I’ve been around for long enough, so I know—it’s going to go. And it’ll come back. And it’ll go. The idea that people are lauded for doing something ahistorical - that never happens. I don’t think there’s anything left that hasn’t been bowdlerized by art students.” 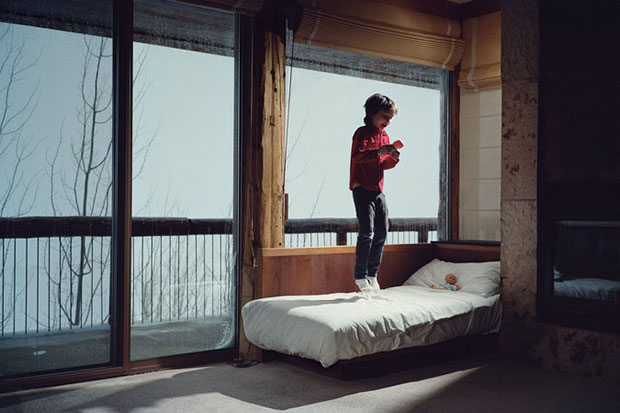 There’s plenty more to read, from diCorcia’s views on working with advertisers, to his photographs of blind people. You can read the full piece here and see more pictures from diCorcia's exhibition, which runs at David Zwirner's 525 West 19th Street space until 2 May, here. Meanwhile, for greater insight into fine-art photography get a copy of Photography Today, which features diCorcia's work. Finally, for a better grasp on photographic interpretation and criticism take a look inside Stephen Shore's great book The Nature of Photographs.

The Nature of Photographs is the essential primer of photography, not only for students but for anyone with an interest in the medium. This book grew out of a college course that Stephen Shore taught for many years. Its aim is not to explore photographic content – the subject of an image – but to describe the physical and formal attributes of a photographic print, the very elements that form the tools a photographer uses to define and interpret that content. By teaching us how to look at photographs and helping us to see the world the way the photographer may have seen it, Shore also teaches us a way of looking at the world around us.

The Nature of Photographs is a primary tool for critical analysis and the understanding of photography in general. As one of the photographers who established colour photography as a legitimate medium of artistic expression in the early 1970s and an influential and important teacher of both the theory and practice of photography, Stephen Shore is the ideal guide to the subject of ‘how’ to look at photographs. By putting himself in the shoes of the photographers, he imagines the concerns or approach to the subject or concept they may have had when they were taking the picture.

As well as a selection of Shore’s own work, The Nature of Photographs contains images from all eras of photography, from classic images by Walker Evans, Brassai and Eugène Atget to more contemporary work by Bernd and Hilla Becher, Cindy Sherman, Joel Sternfeld, Thomas Struth, Richard Prince and Andreas Gursky. It includes all genres, such as street photography, fine art photography and documentary photography, as well as images by unknown photographers, be they in the form of a snapshot from the early days of photography or an aerial photograph taken as part of a geographical survey. Shore has selected images by, among others, Eugène Atget, Walker Evans, Diane Arbus, William Eggleston and Robert Adams, and offers an explanation as to how they ‘work’. Together with his clear, intelligent and accessible text, Shore uses these works to demonstrate how the world in front of the camera is transformed into a photograph. Specifications:

Stephen Shore took his first photographs as a child and by the age of 14, three of his photographs were acquired by the Museum of Modern Art in New York. As a teenager he spent time in Andy Warhol’s Factory photographing the artist and his entourage. In 1971 Shore became the first living photographer to have a one-person show at the Metropolitan Museum of Art. His photographs have since been included in numerous shows, including the ‘American Surfaces’ exhibition (Cologne and Frankfurt, 1999) and the Tate Modern’s successful 2003 ‘Cruel and Tender’ exhibition. Shore is a pioneering and highly influential photographer; he is also an important teacher and is Director of the Photography Program at Bard College, New York.