What makes Mary Ellen Mark so vital? It seems, from this award video, uploaded to mark her receipt of the Lifetime Achievement in Photography award from George Eastman House a few days ago, her admirers alight on the 74-year-old photographer’s ability to capture the essence of portrait and documentary in a single frame. 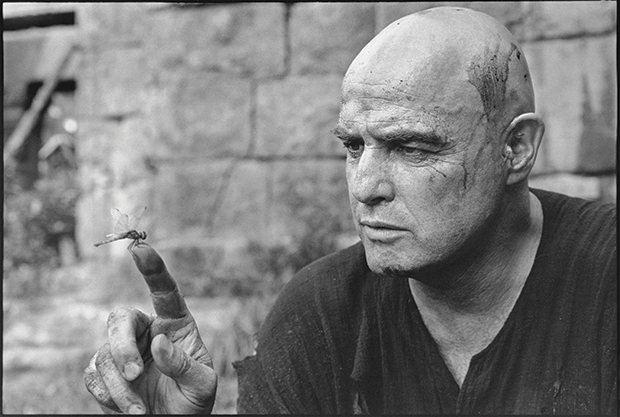 Marlon Brando on the set of Apocalypse Now, 1976, by Mary Ellen Mark

Although Mark began by shooting 1960s protest marches, she soon began to take work as a stills photographer on movie sets, chronicling such productions as Federico Fellini’s Satyricon, Milos Forman’s One Flew Over The Cuckoo’s Nest, and Francis Ford Coppola’s Apocalypse Now.

Yet she allied this work with harder hitting subjects, shooting stories in Bombay brothels and among runaway kids in Seattle. A film set, in comparison, might sound like a contrived setting, yet it was in this setting that she could truly practice her chimeric style. 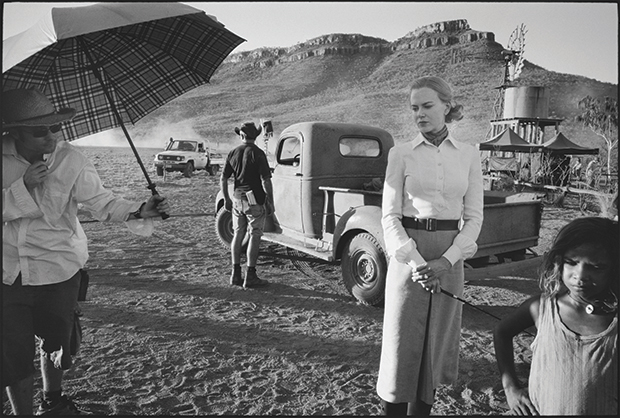 Nicole Kidman on the set of Australia, 2008, by Mary Ellen Mark

“I make some portraits of actors in the studio,” she recalls of her film set work in our book, Seen Behind The Scene, “but most often they are taken behind the scenes and are documentary, which has always been one of my preferred ways of working, especially in a surreal atmosphere like that of a film set.” 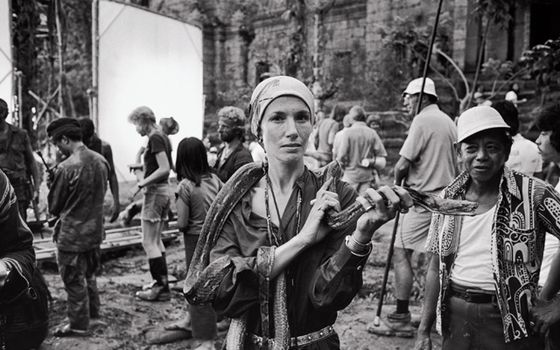 Mary Ellen Mark with a snake during the filming of Apocalypse Now, Pagsanjan, The Philippines, 1976 (photograph by Dean Tavoularis)

Congratulations Mary. Find out more about the award here; take a look at Seen Behind The Scene, and our other Mary Ellen Mark books here. And for more on filmmaking, on both sides of the camera, consider our Cahier Du Cinema titles. And if you have one eye on Cannes this week, check out these lovely photographs of Grace Kelly from our Cannes Cinema book.