Last year we brought you a film of Steve McCurry shooting with the children of the OMO in Ethiopia. You can view it left. McCurry travelled to Ethiopia as a guest of OmoChild.org, a local charity run by the photographer John Rowe, who saves 'cursed' children from being killed. Steve has just published some photographs from the trip and we think you'll agree that even by his standards they're absolutely stunning. 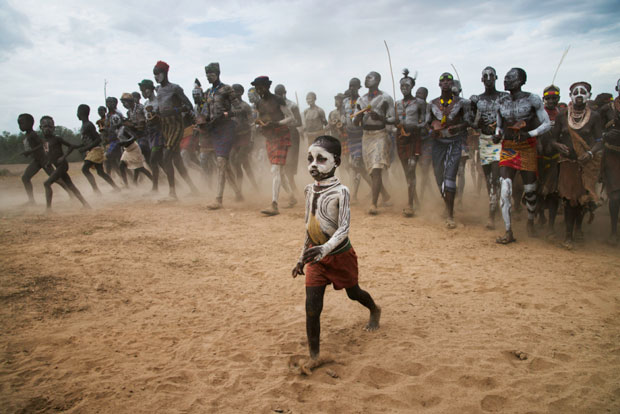 Steve met John Rowe while on assignment in Burma. "He is a photographer and successful businessman who has founded companies which develop software for digital media and the entertainment industry," says the photographer. "He has also devoted a tremendous amount of time, energy, and financial assistance to the work of OmoChild." 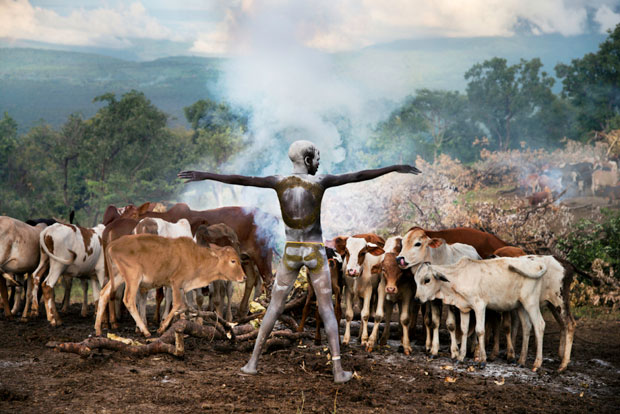 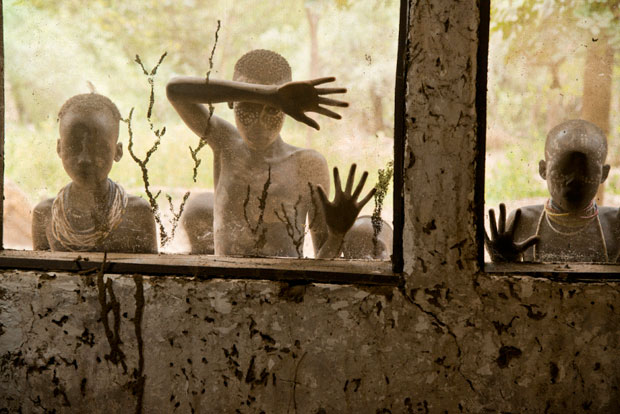 Mingi is the ritualistic killing of infants and children who are Mingi because they are considered impure or cursed. A child can be mingi for many reasons, but once they are mingi they are left alone in the desert without food and water or drowned in a river. 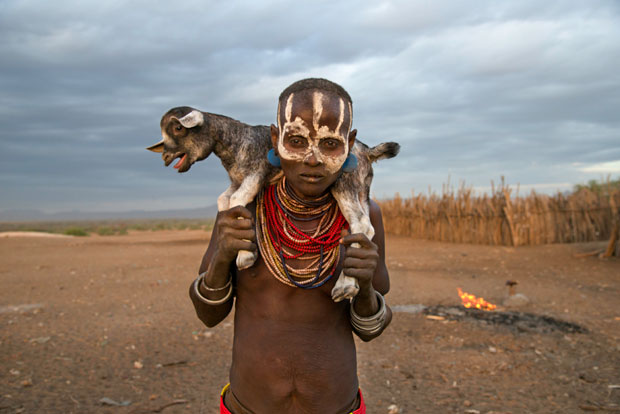 "It has been a privilege to go back to the Omo Valley in Ethiopia with my friend, John Rowe, to photograph the work he is doing with Lale Labuko in their mission to end the practice of mingi and to house and shelter the mingi children who have already been rescued,"Steve says. 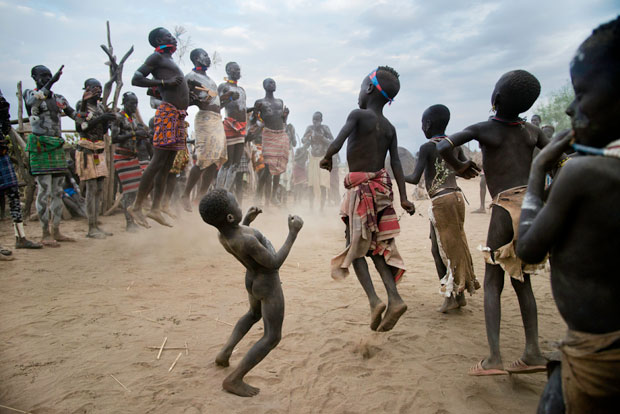 Lale, a 2013 National Geographic Emerging Explorer, learned about the practice of Mingi and made it his life’s mission to end ritual infanticide in his tribe’s culture. You can watch a video about his work here. Rowe and McCurry's hope is that the rescued children will be future leaders in their communities and will help raise awareness to help advocate the ending of the practice of mingi. 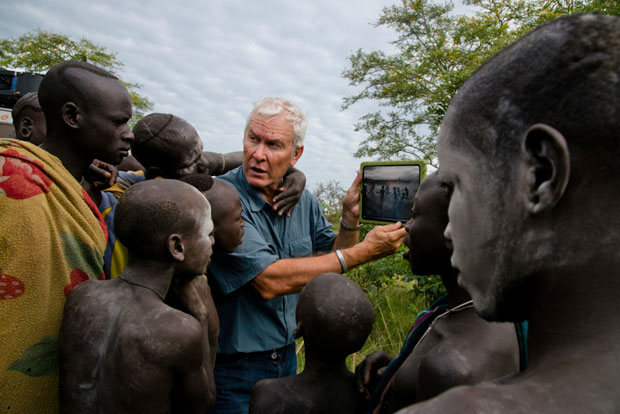 Steve's asking anyone interested by his photos to learn more about Lale and John and OmoChild, by visiting OmoChild. Once you've done that, check out Steve McCurry's books in our online store and visit Steve's own fantastic blogsite here.

This extensive portfolio contains the only comprehensive collection of the unrivalled portraits by Steve McCurry, known and loved the world over for his beautiful and enduring images of the landscapes and cultures of South and Southeast Asia. The collection includes the most iconic as well as previously unknown portraits of the most remarkable faces he has encountered whilst travelling throughout the world, collected together in an engaging and moving series of unique street portraits: unposed, unstylized images of people that reveal the true universality of the depths of human emotion.

An intriguing collection of unposed and engaging colour portraits of people from all backgrounds and corners of the globe, this book offers a world-wide look at real people from places as diverse as Yemen, Mali, Niger, the USA, India, Afghanistan, Sri Lanka, Cambodia, Myanmar (Burma), France and the former Yugoslavia; unstylized portraits of children, adolescents and adults from all walks of life that reveal humanity's commonality as well as the variety of our personal adornment. Including the famous 'Afghan Girl' photograph, and equally memorable images ranging from a bejewelled Indian bride to a Paraguayan cowboy, Steve McCurry Portraits features nearly 250 photographs in all.

First released in 1999, Steve McCurry Portraits has become a coveted and revered classic. 'The global reach of the work, and the knowledge of humanity reflected in it, is breathtaking', described The Sunday Times and Life magazine extolled McCurry's talent for 'catching people with their guard down [which] is on ample display in this ... collection of faces from around the world ... the images speak to the shared humanity of diverse peoples.' This fresh new edition, expanded to feature more photographs than before, includes some never-previously-published photographs and creates an up-to-date and unrivalled collection of McCurry's portraiture.

Steve McCurry (b.1950) has captured stories of human experience that, in the finest documentary tradition, cross boundaries of language and culture. McCurry’s career as a photojournalist was launched when, disguised in native garb, he crossed the Pakistan border into Afghanistan over thirty years ago. His remarkable coverage won him the Robert Capa Gold Medal, which is awarded to photographers who exhibit exceptional courage and enterprise. McCurry’s photographs are beautiful, uplifting and affecting. A regular contributor to many international journals, including National Geographic magazine, McCurry is a member of Magnum Photos and a recipient of an unprecedented four World Press Photo first prizes in a single year; many of McCurry’s images have since become modern icons. Specifications:

Steve McCurry (b.1950) launched his career as a photojournalist when, disguised in native garb, he crossed the Pakistan border into Afghanistan over thirty years ago. His remarkable coverage won him the Robert Capa Gold Medal. McCurry’s photographs are beautiful, uplifting and affecting. A regular contributor to many international journals, including National Geographic magazine, McCurry is a member of Magnum Photos and a recipient of an unprecedented four World Press Photo first prizes in a single year; many of McCurry’s images have since become modern icons.

"The global reach of the work, and the knowledge of humanity reflected in it, is breathtaking."—The Sunday Times