Danny Lyon is gearing up for a busy 2014. The ground breaking photojournalist and inventor of the so called New Journalism has been occupying himself of late with the Occupy movement. His blog, Bleak Beauty has been a constant source of updates and photographs he has taken of the movement across the US.

Inbetween all this he's found time to edit his considerable life's work into a career retrospective. Next year, Phaidon will be publishing his new book The Seventh Dog - a retrospective of his life's work as a visual chronicler of events - but one which differs from others in that it works backwards, starting with the human impact of globalisation he documents so acutely today and working back to the heady days of the Sixties.

To kick off the new year the photographer will be giving a talk on January 9 at the National Geographic Museum in Washington DC. Danny told us last week: "I'll be interviewed by former SNCCer (Student Nonviolent Coordinating Committee) and friend Julian Bond, I'll show a new DVD called "Nothing", which I've been working on for two years, and talk, of course about the coming book The Seventh Dog." 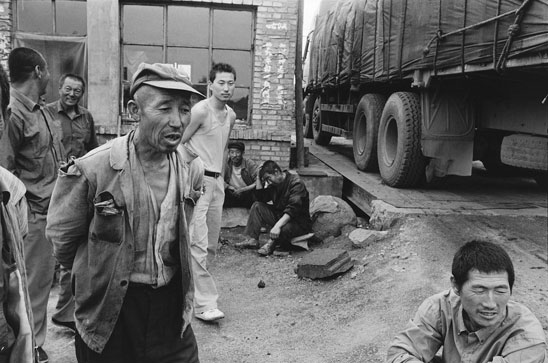 The Saturday after (January 11) the Edwynn Houk Gallery in New York will open a show of Murals and large prints of Danny's new work. Meanwhile, on his blog there's a link to a long review he wrote for fellow photographer Mike Brodie's new  book and a spirited defence of Edward Snowden. "He's slowly emerging from the Boggie Man role created for him by the bad guys," says Danny.

Lyon came to fame with his series of photographs called The Bikeriders for which he spent time with bike gangs across the US even joining The Outlaws at one stage.

He was born in Brooklyn, New York in 1942. Roosevelt was President. World War Two was on going in Europe, Africa and Asia. Segregation was the law of the land in 13 southern states. Native Americans were not allowed to purchase alcohol in New Mexico. Most blacks could not or did not vote in the deep  south. Lyon attended NYC public schools in Kew Gardens and Forest Hills, Queens, and in 1959 he bought his first camera, an Exa SLR in Munich, Germany during a summer trip. 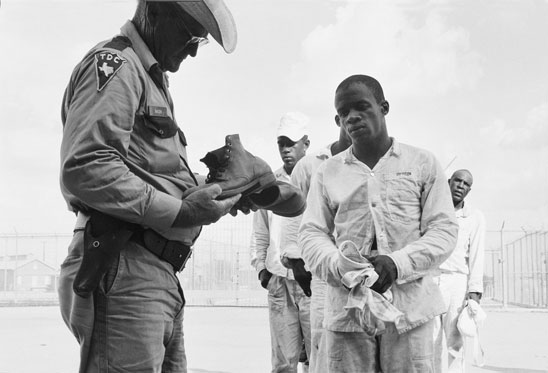 He then entered the University of Chicago, where he eventually majored in philosophy and ancient history. In 1963 he became  the SNCC's first photographer. Since then he's dedicated his photographic life to documenting the more extreme sides of human nature and injustice wherever he feels it has raised its head.

His photographs are in Museums and collections through out the world and his most recent one man show was at the de Young Museum in San Francisco and the Menil Center, Houston. You can take a closer look at his books here. And if you want tickets for the Washington talk, you'll find those here.

With his vintage Leica and accompanied by a young translator named Lolly Pop, American photographer Danny Lyon traveled across Shanxi Province in northeast China six times between 2005 and 2009. The result of Lyon’s unfailing enthusiasm for immersing himself in local banter and customs is an extraordinary portrait of China and the Chinese, one seldom seen by foreigners. Lyon’s unparalleled photographic findings and discoveries are presented in this limited edition photobook alongside his handwritten annotations and commentary, as well as his ever-inquisitive and non-judgmental prose.

Shanxi was once the Middle Kingdom and its border to the north with Inner Mongolia is marked by the Great Wall and Fire Towers. Lyon’s China is a portrait of what is gone, not just in China but in all of the advanced world. The images hark back to simpler times and look like they could have been made in the 1940s and 1950s: mechanics are covered with grease and flat tyre repair shops line the highways, people ride bicycles, play cards in their pajamas and railroad workers work in gangs with picks, while a foreman blows a whistle. We see almost nothing of this century’s technological advances in Lyon’s pictures and the relationships between people are close and affectionate. An homage to Lyon’s own childhood in1950s America and a China that is quickly vanishing, this portrayal reveals a uniquely personal and human perspective. Eighty-five black and white photographs are accompanied by the photographer’s own writings, handwritten notes and travel ephemera, including business cards, scrap papers, taxi receipts and tickets.

A travel journal and artist’s book in one, this is a must for anyone with an interest in the curiosities of foreign discovery, photography and the myriad elements that go into welding the two together for reflection and reminiscences. Specifications: