Photographing in the fourth dimension

We’ve seen unusual time-lapse photography and films where tides move in and out and the sun rises and sets at record speeds and stars streak across the sky but we’ve not seen time-lapse quite like this before.

Fong Qi Wei’s project Time is a Dimension presents landscapes shot over a set period of time (usually between two and four hours) then  'sliced up' to show the differences in light and atmosphere. 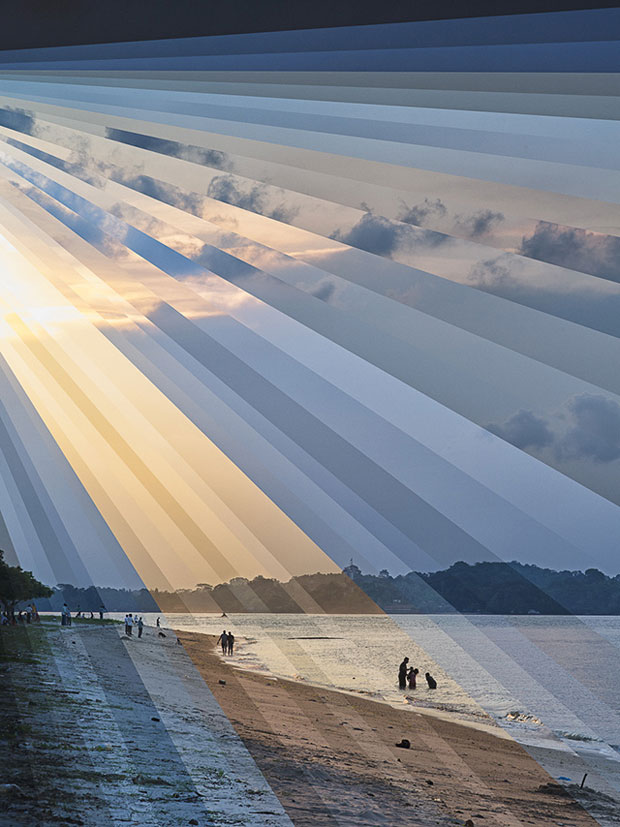 "I work in the confines of a photographic print, because I like to do so," Fong Qi says. "But in a way, I wanted to break out of this restriction of a single slice of time in photography. Our experience of a scene is more than a snapshot. We often remember a sequence of events rather than a still frame full of details." 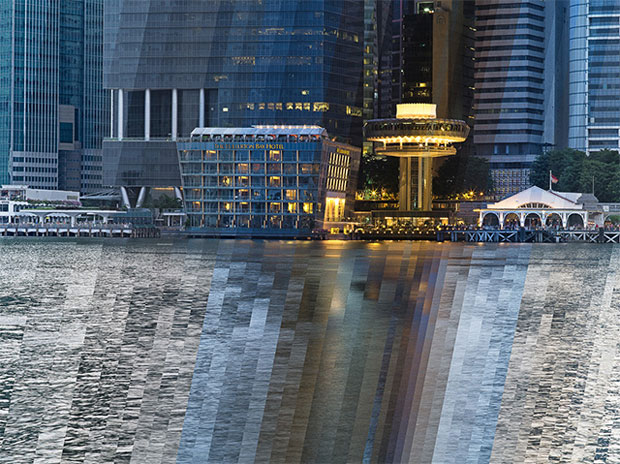 If you’ve worked in a darkroom on your own prints, you’ll perhaps be familiar with the stripes Fong Qi produces in his images, they’re reminiscent of the gradation produced when first working out how much to expose dark room paper for the first time. Fong’s images however, are completely created using a digital camera and reference former technologies (not unlike Instagram’s Polaroid filters, in fact). 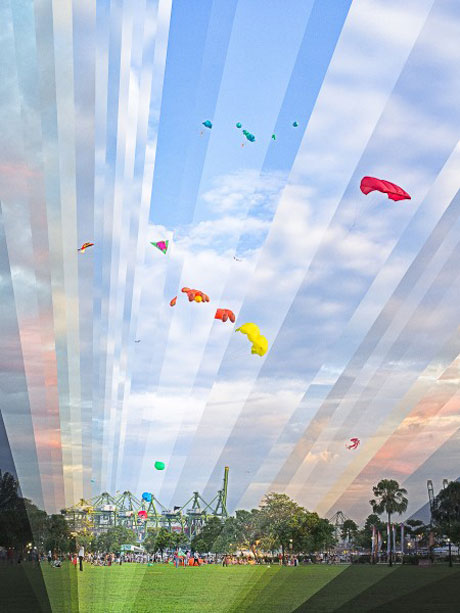 The photographer uses not only straight lines for effect but occasionally concentric circles to 'pull' the viewer through time, into the frame or towards the focal point: be it fireworks or, more often than not, a sunset in the distance. 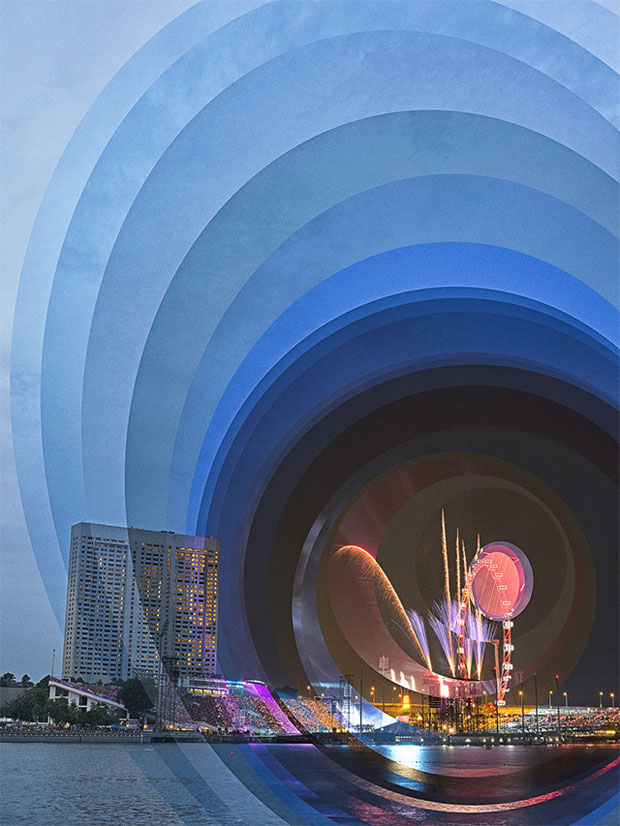 If you're interested in the way the changes of light or nature's seasons can spark incredible photographic images you really must check out our forthcoming book EarthArt. The images in it cover the entire colour spectrum as found in nature, and each photograph is accompanied by a short caption explaining how, where and why these spectacular colours occur: from tropical turquoise seas to icy blue glaciers; from lush green forests to rivers turned green by microscopically small algae.

Art and PhotographyEdited by David Campany

David Campany is a writer and artist, and Reader in Photography at the University of Westminster, London. He was co-founder of the organization Photoforum, which brings together theorists and practitioners working in the photographic arts. His published work includes essays in Rewriting Conceptual Art, ed. Jon Bird and Michael Newman (Reaktion, 1999); Postcards on Photography: Photorealism and the Reproduction (Cambridge Darkroom, 1998); Cruel and Tender: the Real in the Twentieth Century Photograph (Tate, 2003) and Stillness and Time: Photography and the Moving Image (Photoforum/Photoworks, 2006). He is the editor of the anthology The Cinematic (Whitechapel/MIT Press, 2007) and the author of Photography and Film (Reaktion, 2007).

"Presented thematically, with succinct texts that are both readable and informative, the book meets both academic and general needs, without ever compromising the images in display."—Pictured

"Imagine the best group show of photographers you've ever seen. Now imagine it's a book. Campany skillfully curates the leading lights of post-1960 into a thematically arranged form with tempting essays by Barthes and Baudrillard into the bargain. It's a timely survey that aspires to be the document of record for the most exciting, universal and accessible art form we've got."—i-D

"Art and Photography... charts the acceptance of photography as an art form. Originally considered a mechanical process, photography is now one of the most widely practiced arts. Exploring developments from the Sixties to the present day, this beautiful book covers every major school, style and name, and includes work by the likes of Jeff Wall, Andreas Gursky and Gillian Wearing. The perfect family album."—Vogue

More on Photographing in the fourth dimension 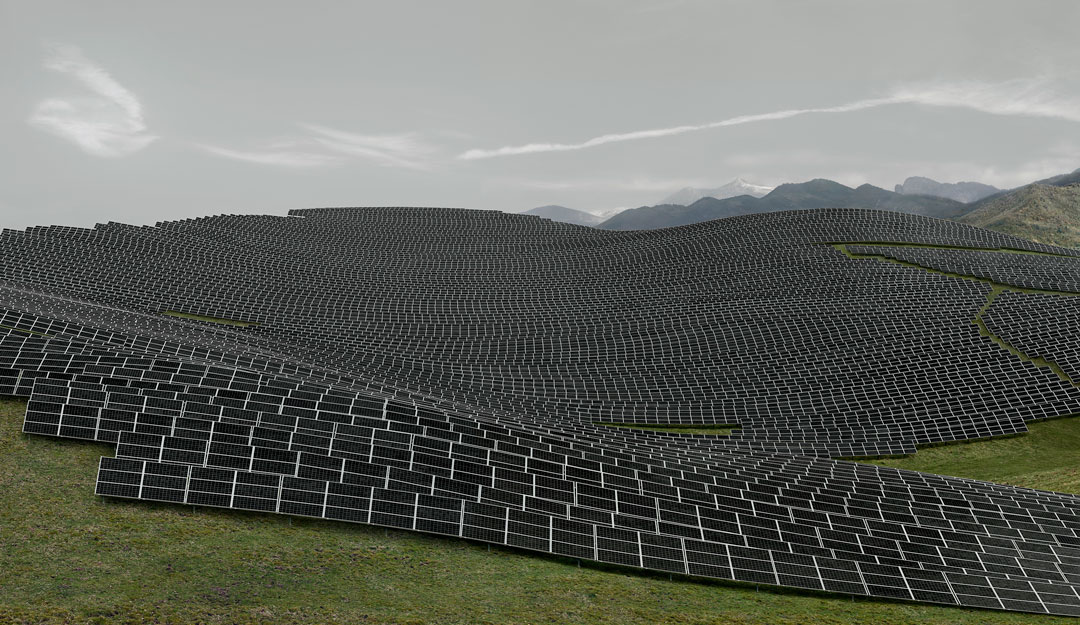 Ralph Rugoff takes us around his Andreas Gursky show 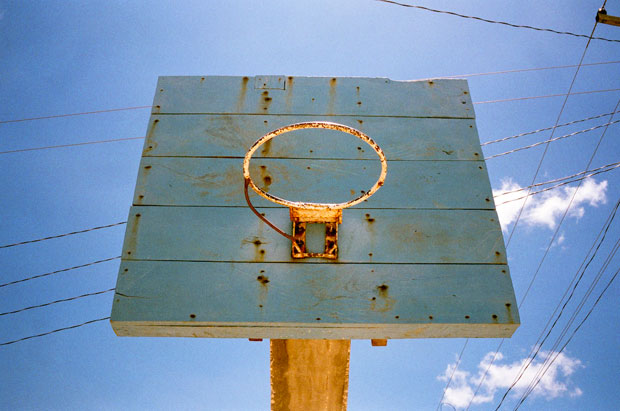 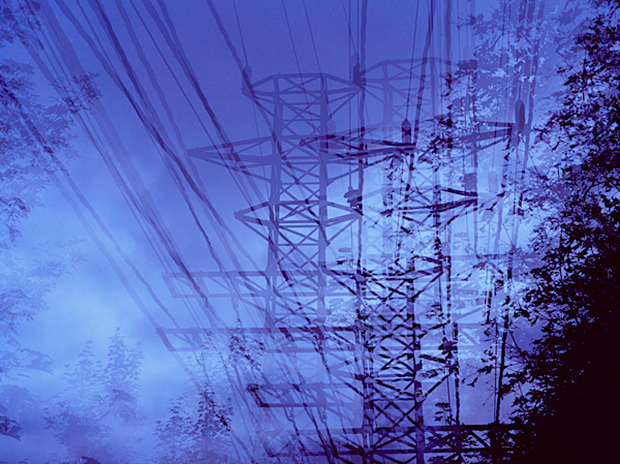