The Only Woman, Imm Humes’ new book is, as the author herself writes, “essentially, a study of power.” Humes has gathered together 100 photographs showing just one woman within a group of men. In some instances, the power structures are hidden; in other cases – especially when the subject explicitly covers politics – it’s entirely on display.

Consider, this photograph, above, of one of South Asia’s most important political figures, the former Pakistani prime minister, Benazir Bhutto. “The daughter of a rich aristocratic family, educated at Harvard and Oxford, she was only twenty-four when her Prime Minister father was ousted in a military coup and then, two years later, executed by hanging,” writes Humes. “She took his place as party leader and vowed to avenge him. As leader of the opposition she was arrested, imprisoned, placed in solitary confinement, and under house arrest, more times than you can count.

“Finally, General Zia, her arch-nemesis who overthrew her father, died in a mysterious plane crash. The C-130, returning from a demonstration of American tanks in the desert, went down with the US ambassador and four of Pakistan’s five top generals, Three months later, Bhutto was elected. She had recently agreed to an arranged marriage and given birth to her first child; she called the crash an act of god.

“Nothing got any easier—or less dramatic. While the nation faced severe difficulties, she had a first not very distinguished term of two years, then more years in opposition and exile, and a comeback second term in the 1990s,” Humes goes on. “When police killed her rivalrous brother, some - including, for a while, her own mother - accused her of being involved with his death. But only a few weeks after her brother's killing, she herself was deposed by the military. She was also accused, much more credibly, of impressive corruption.

“In 2007, after another eight years in exile, she was brave enough to return for yet another comeback campaign. Right away her welcome home was marked by a bombing - 150 people died but she survived. In the words of the journalist Amy Wilentz, who knew her personally and professionally, ‘as her father’s daughter, she couldn’t obey the ineluctable logic of the new Pakistan: wouldn’t stay inside, wouldn’t shun the people, wouldn’t go back into exile after the first attack.’ Only two months later, in a tragic scene not unlike this photo, she was waving to a cheering crowd when she was killed by a suicide bomber.” 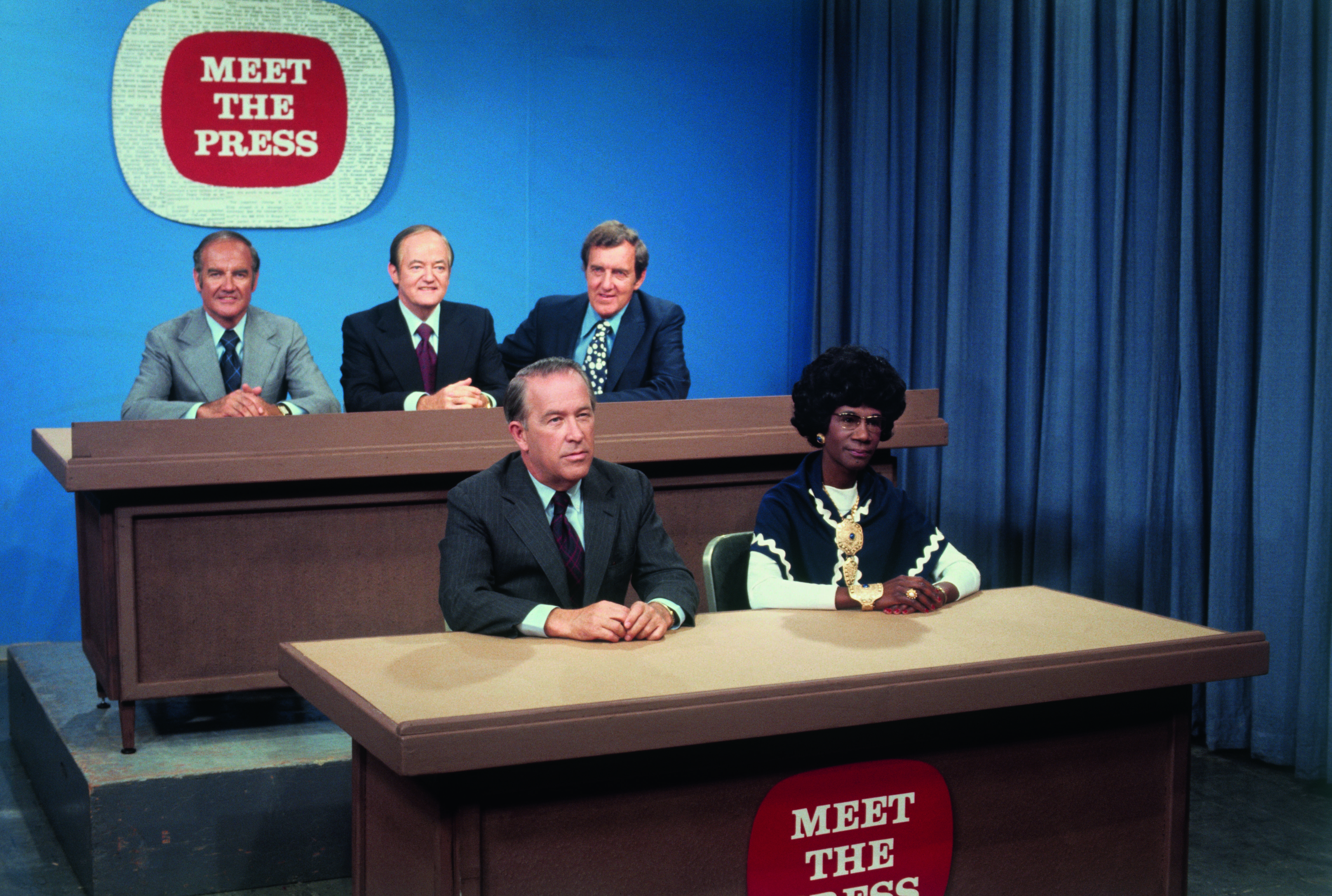 While Shirley Chisholm never held such high office, she still achieved a number of important firsts: ”first African American woman elected to Congress, first Black person to run for a major party’s nomination, and first woman ever to seek the Democratic nomination,” writes Humes. “But she herself was not impressed: ‘That I am a national figure because I was the first person in 192 years to be at once a congressman, black, and a woman proves, I would think, that our society is not yet either just or free.’”

In The Only Woman, Chisholm appears alongside her fellow Democratic candidates for US president, in a 1972 edition of the TV show, Meet the Press. George McGovern, the eventual winner among her all male rivals, is on the left in the row behind Chisholm, demonstrating how gender, rather than race, served as the great barrier in her career. “Men are men,” Humes quotes Chisholm as saying. “When I ran for the Congress, when I ran for president, I met more discrimination as a woman than for being black.”

“We must prepare ourselves educationally, economically and psychologically in order that we will be able to accept and bear with the sanctions that society will immediately impose upon us,” Chisholm goes on. “This is hard, and especially hard for women, who are taught not to rebel from infancy, from the time they are first wrapped in pink blankets, the colour of their caste.” 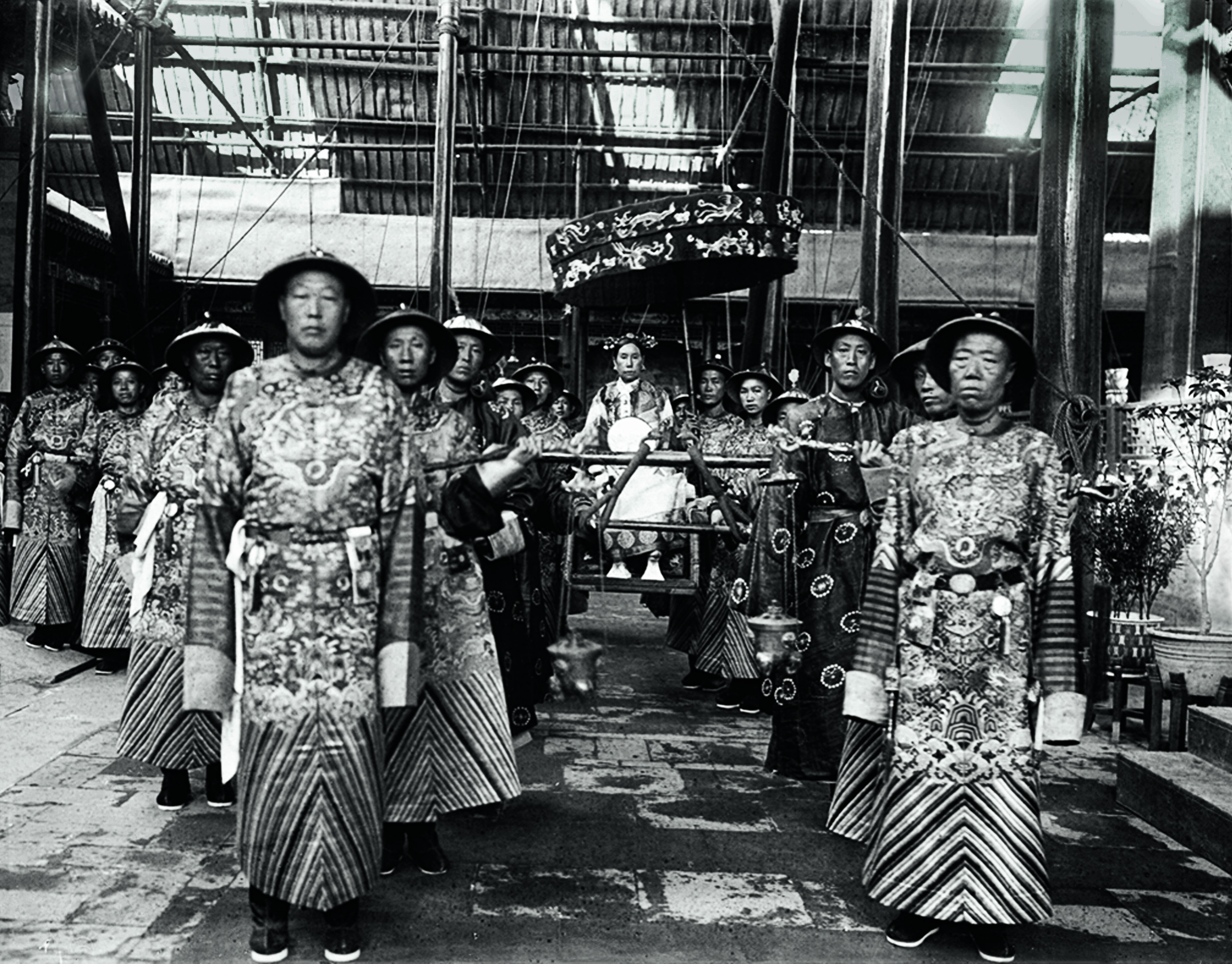 The Chinese Empress Cixi may not have been quite an infant when she began to try her hand on the pulleys of power, yet she certainly proves girlhood is no handicap when it comes to canny political manoeuvring. In the Only Woman, Cixi “poses in the splendid trappings of power, dripping with pearls from her headdress to her six-inch platform horse-hoof shoes, in the Summer Palace in front of the Hall of Benevolence and Longevity,” writes Humes.

She had entered the Forbidden City relatively inauspiciously, as a third-grade concubine for the Emperor Xianfeng, however she soon rose within the Chinese court. “Cixi was promoted to consort when she gave birth to the emperor’s only son and heir in 1856, and, upon the emperor’s death in 1861, she became empress dowager, along with his principal wife,” Humes goes on. “Old gossip painted her as wily in her pursuit of power from early on, bribing the eunuchs to get preferred access to the emperor’s bed. Cixi is an honorific that means ‘benevolent and auspicious,’ yet in popular memory and history, she has usually been called illiterate, corrupt, cruel, homicidal, and incompetent. Recent scholarship has, however, been uncovering new sources and stripping away encrusted layers of mythology and misogyny to enable fresh understanding of the woman who, through a series of coups, deaths, and mischief, ended up ruling China for forty-three years.

“Art historian Yuhang Li explains that Cixi was only able to rule in a deeply patriarchal society because of her prodigious ability to create an identity that, while very much female and her own, adapted traditional male aspects of power. According to Li, Cixi’s agency is revealed through her greatest preoccupations, her artistic and religious practices: she ‘staged her sovereignty of female rulership’ through her masterful understanding of different mediums, including not only photography, but also painting, Chinese opera, architecture, gardens, and even clothing, which were all intertwined with her lifelong worship of the goddess of mercy, Guanyin, who, in the Buddhist pantheon, had morphed from male to female.”

Thankfully, none of the women featured in The Only Woman, were obliged to carry out such a transformation, yet their lives remain remarkable, nonetheless. To learn more about these solitary figures, triumphing it in a male dominated world, order a copy of The Only Woman here.

More on The Only Woman in politics