In her new book, The Only Woman, Immy Humes tells the stories of the solitary female figures in otherwise all-male group photographs

In The Only Woman, author and filmmaker Immy Humes takes one, simple rule for selecting images, and opens up a world of gender politics. A few years ago, Humes – a documentary maker and Academy Award nominee - became intrigued by group photographs that included just one woman in their line-ups. Humes’ background in the arts led to her focus on painters, writers and fellow filmmakers, and as she writes in the introduction to her new book, “once you start to look for the Only Woman, she is easy to find - in the Bauhaus lineup, the Leo Castelli Gallery’s artists in the 1980s, at the Algonquin Round Table.”

Should a woman be flattered to be the only female in view, when the shutter clicks? It depends on the circumstances. Consider the mid-century, Romanian-American painter, Hedda Sterne, pictured above. Despite being pictured in a 1951 group photograph alongside prominent figures as Jackson Pollock, Willem de Kooning and Mark Rothko. “Sterne said that the photo was ‘probably the worst thing that happened to me’ since ‘I am known more for that darn photo than for eighty years of work.’”

The artists had gathered for the shoot in order to protest the Metropolitan Museum of Art’s retrograde attitudes towards abstract works. “The men, who feared being dismissed as Bohemians or sellouts, were trying to look respectable, like bankers,” writes Humes; "It's notable how conservative these white patriarchal revolutionaries look now.”

Their attitudes too, weren’t the most progressive. Humes quotes Sterne’s own recollections; the artist remembered that the men “were very furious that I was in it because they all were sufficiently macho to think that the presence of a woman took away from the seriousness of it all. The guys would say, ‘Oh, you are one of us!’ or ‘You paint just like a man.’ That was supposed to make me die with being pleased.” 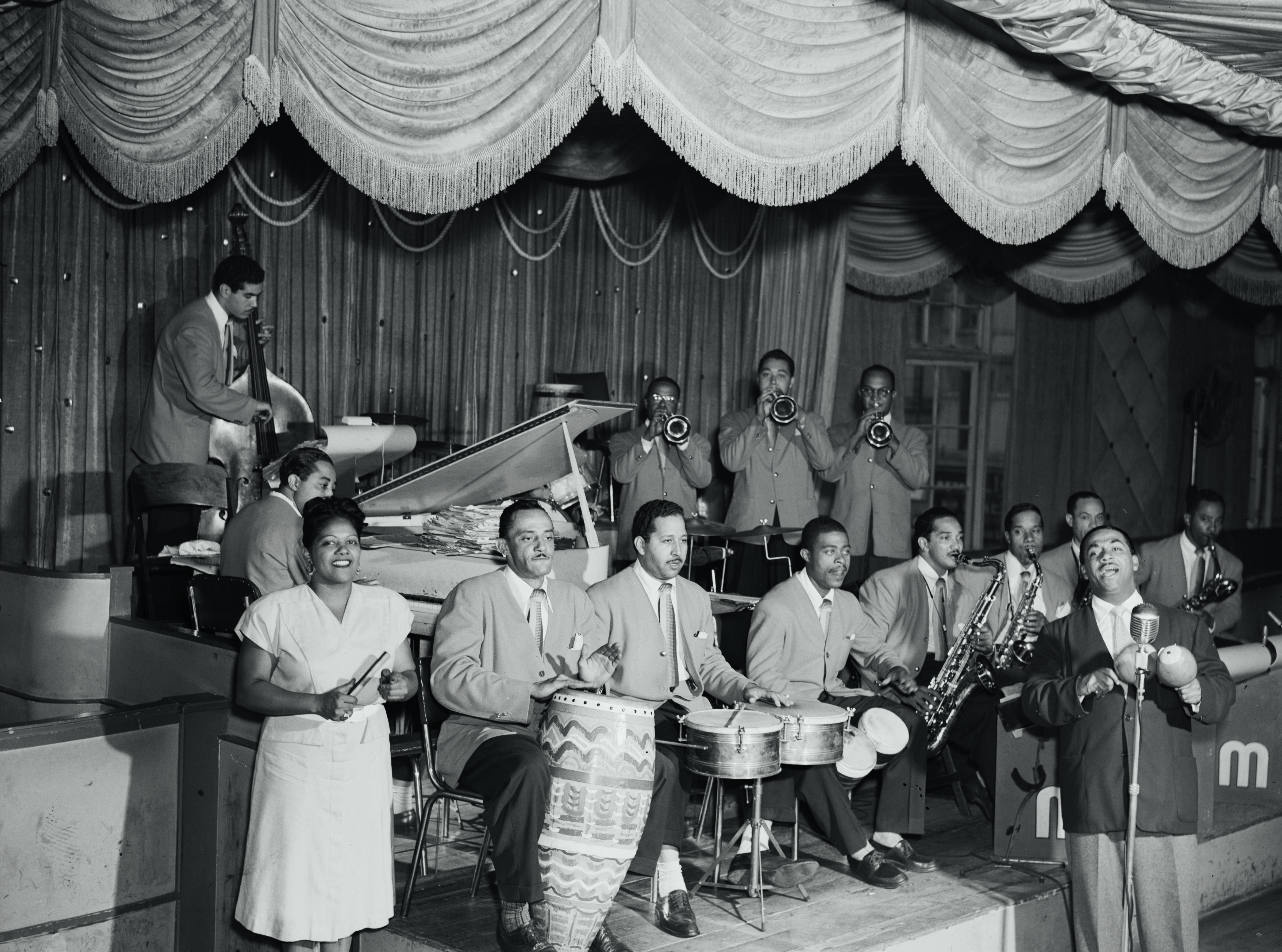 The position of the 20th century Cuban singer, Felipa Graciela Pérez y Gutiérrez–better known as Graciela–seems more assured. “Born in Havana in 1915, Graciela grew up in a musical family,” writes Humes. “At sixteen, she started singing professionally with the all-female eleven-piece Orquesta Anacaona, which she did for the next ten years, while also singing, recording, and touring internationally with El Trio Garcia.

“In 1943 Machito summoned Graciela to New York to fill in for him as a singer with his band, the Afro-Cubans, because he had been drafted,” Humes goes on. “She was so good—sassy, sultry, superb—that she stayed on even after Machito returned. In the Mambo years, the forties and fifties, the band travelled the world and performed with other jazz greats, including Dizzy Gillespie, Stan Kenton, and Charlie Parker. Graciela, Machito, and Bauzà made music together for thirty-five years until they broke up, principally over a disagreement about the size of the brass section. Graciela continued singing with Bauzà for another twenty years. When Graciela died in 2010, the musician Bobby Sanabria remarked that “if it wasn’t for Gracie, you wouldn’t have Celia, La Lupe, Gloria Estefan, and J. Lo, Shakira, even Beyoncé - Gracie opened the door for ALL of them.”

Despite an equally impressive start, the novelist Gertrude Trevelyan did not give rise to such an illustrious, unbroken lineage. In the featured image this British writer is “gathered with future members of Parliament and writers, fellow contributors to an anticommunist collection of essays titled Red Rags: Essays of Hate from Oxford,” writes Humes. “G. E. Trevelyan, as she usually called herself on her books, had graduated from Oxford University in 1927 and was devoting herself to being a writer.

“She spent the 1930s writing eight novels, each one quite different than the last. The first, Appius and Virginia, is the story of a woman who adopts an orangutan and raises him as a child, trying to create a human. Other books deal with young women at Oxford, a husband’s psychological mistreatment of a wife, the desperation of unemployment, and formal experiments.

“In October 1940, Trevelyan was injured when her flat in Notting Hill in London was hit in The Blitz. She died of her injuries soon after. Her death certificate bears the words ‘Spinster - Authoress.’ From there she disappeared from public view; her books fell out of print for almost eighty years. Thanks mostly to the creator of the website Neglected Books, a new edition of Appius and Virginia was released in 2020 to fresh interest and appreciation.”

To refresh your own interest in remarkable women, making it within the frame of a man’s world, order a copy of The Only Woman here.

"The Only Woman dramatizes the high price of tokenism."- Gloria Steinem

"It only takes one woman to make magic!" - Diane von Furstenberg

More on The Only Woman in the arts