The fruit that brings Reem Kassis’s family together

Recipes run through the generations in The Arabesque Table, as its author knows from her own kids' love of fruit picking

Cooking for your kids is a joy for almost any parent, but food preparation holds a particularly precious place in writer, cook and Arabic food authority, Reem Kassis’s heart. Kassis is the author of The Arabesque Table. She grew up in Jerusalem, lives in Philadelphia, and brought up her own children in both the UK and the US, where they enjoyed the sushi and pizza alongside their mother’s own specialities, such as flatbreads and baklawa.

The Arabesque Table is a beautiful collection of the Arabian diaspora’s best recipes; it is also a great reference title when it comes to understanding this culinary culture; yet the book is also a record of the dishes, recipes and ingredients that hold the generations together in Kassis’ own family.

One crop in particular has brought the author’s daughters closer to their grandparents. “In the middle of my parents’ courtyard is a lemon tree, and around the edges, limes and navel oranges,” she writes in her new book. All the plants are thriving, but the lemon tree is the oldest, largest, and most special.

“Even my daughters always ask, ‘When will we visit Seedo and Teta to pick lemons?’” she explains. “We use its blossoms to make a jam that turns bright pink on its own; its juice for cooking, cordials, and lemonade; and at the start of the season we slice the whole lemons, skin and all, sprinkle with salt, and eat as a snack.” 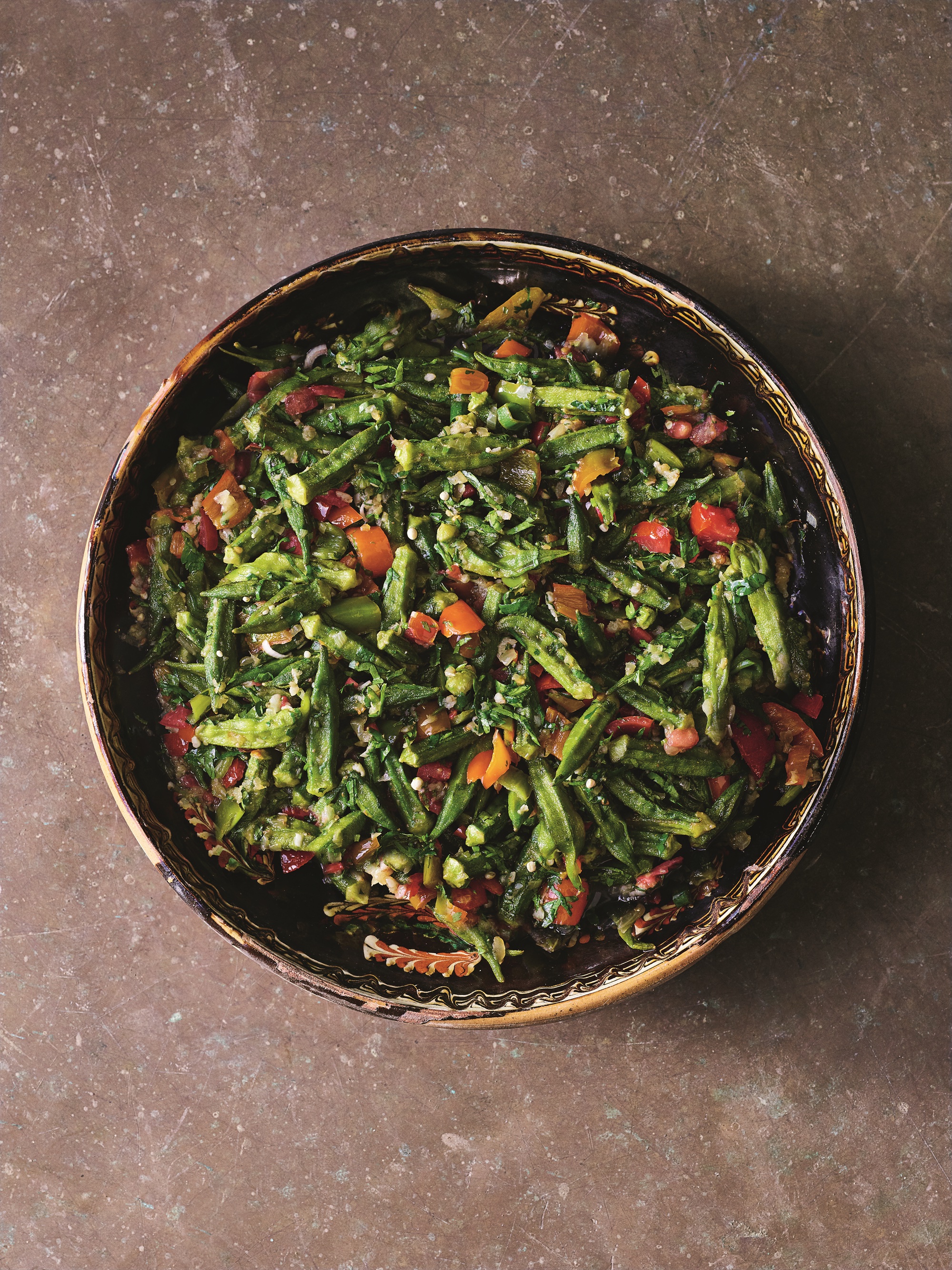 Okra in Lemon-Cilantro Sauce, from The Arabesque Table

Lemons don’t grow well in all regions, as Kassis explains; “historically, dishes hailing from coastal towns where citrus was grown in abundance relied on lemons,” and she groups her lemon recipes together with ones that also feature pomegranates, a fruit that does well in landlocked regions, such as around the ancient Syrian city of Aleppo.

“Both impart fruit sour notes, but the flavors are distinct,” Kassis explains. Pomegranate verges on the sweet while lemons are more astringent, albeit in a pleasant way."

That pleasing aspect is brought out in dishes such as Okra in Lemon-Cilantro Sauce, pictured above, though it includes some other, charming flavours too. “When people ask me about the differences between Palestinian, Lebanese, Syrian, or any other Arab cuisine, I often point to the fact that our food is similar, but that specific techniques and dishes might differ from one area to the next,”

Kassis explains. “An example of this is the Lebanese way of finishing off tomato-based stews with fried garlic and cilantro (coriander) versus Palestinians, who rarely use cilantro and rely on onions sautéed at the beginning or garlic tempered at the end. The inspiration for this dish came from that fact. I decided to forgo the tomato sauce, in which okra is traditionally cooked, and highlight the garlic and cilantro tempering flavors instead.” 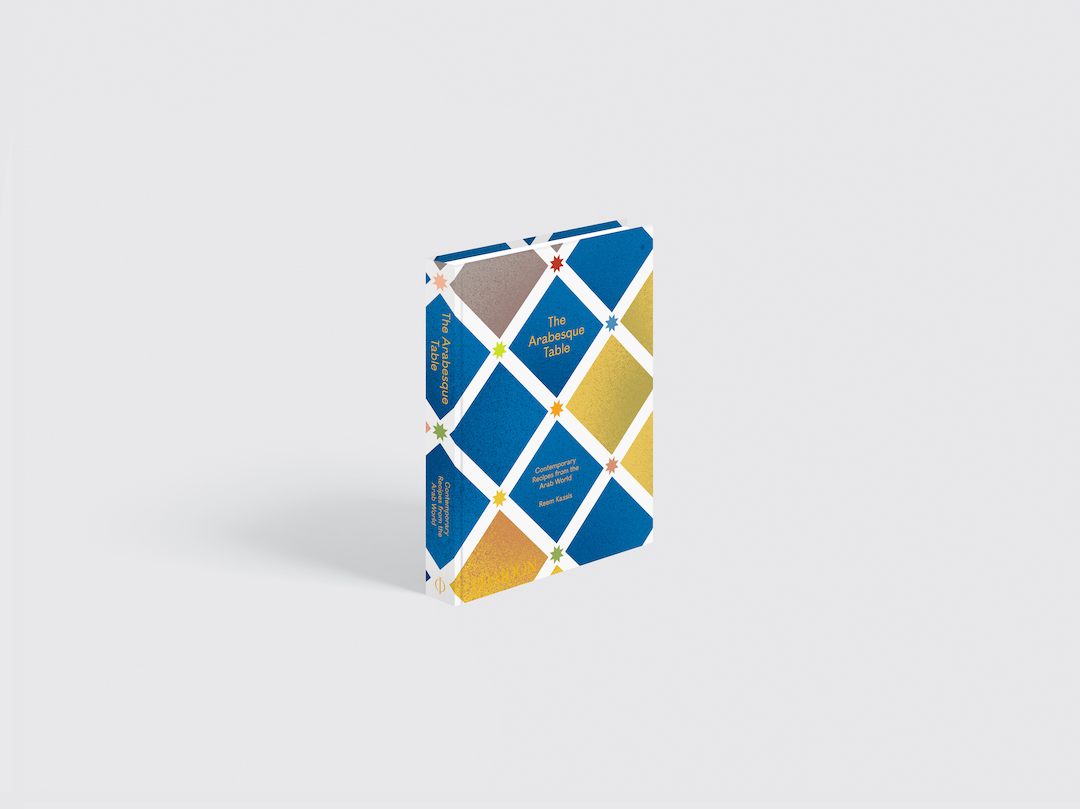 To try out the dish, and to learn more about other recipes that bind the Arabian diaspora together - Kassis’s own family included - order a copy of The Arabesque Table here.

The Arabesque Table: Contemporary Recipes from the Arab WorldReem Kassis

'The Arabesque Table is full to the brim with dishes which are rooted in tradition and at the same time creatively (and deliciously!) transcend it. It is wonderful!' - Yotam Ottolenghi

'Refreshing is … the best word to describe Ms. Kassis's book … The Arabesque Table zooms out, examining both the history and the evolution of Arab dishes, suggesting another, richer approach to understanding food.' - Wall Street Journal

The Arabesque Table takes inspiration from the traditional food of the Arab world, weaving Reem Kassis's historic research and cultural knowledge with her contemporary interpretations of an ancient, remarkably diverse cuisine.

In her personal, engaging voice, Reem bridges past and present to open up the world of Arabic cooking today, showcasing a mosaic of 130 delicious, accessible home recipes. Organized by primary ingredient, the recipes and vivid photographs bring the dishes to life while her narrative offers not only a sense of taste, but a sense of time and place as well.

More than just a compilation of modern Arabic recipes, The Arabesque Table celebrates the evolution of Arab cuisine and the stories of cross-cultural connection it recounts, paying tribute to the history and journey that have led to this point.

With the past on full display in this intensively researched and exciting book, you will find dishes from the Golden Age of Islam: such as Narjissiya (a fava bean and egg hash) and  Makmoora (a layered chicken, onion and pine nut pot pie), as well as contemporary and globally inspired interpretations: such as Tahini Cheesecake and Caramelized Butternut Squash Fatteh with Za'atar, revealing a cuisine that is vibrant, nourishing, and exciting, but above all, reminding us of how powerful food is in defining the relationship between people, place and identity.

Reem Kassis is a Palestinian writer whose work focuses on the intersection of food with culture, history, and politics. She is the author of Phaidon's acclaimed cookbook The Palestinian Table, which won the Guild of Food Writers First Book award and a Gourmand World Cookbook award and was a James Beard Best International Cookbook award finalist and NPR Best Book. Her second book, The Arabesque Table is a one-of-a-kind collection of contemporary recipes tracing the rich history of Arab cuisine. She grew up in Jerusalem, then lived in the US, France, Germany, Jordan, and the UK. She now lives in Philadelphia.

As featured in the Guardian, The Observer Food Monthly, The Wall Street Journal and The Atlantic

'The Arabesque Table is full to the brim with dishes which are rooted in tradition and at the same time creatively (and deliciously!) transcend it. It is wonderful!' - Yotam Ottolenghi

'Expands the focus to the cross-cultural culinary history of the Arab world.' - NPR Fresh Air

'Reem Kassis's cookbooks tells of her Palestinian family, while giving a modern twist to such dishes as fatteh, lentil soup and pistachio cake.' - Observer Food Monthly

'130 historically-traced, contemporary recipes from the Arab culture, beautifully bolstered with personal anecdotes and a fusing of the past and present.' - Forbes

'This book is as historically informative as it is useful for recipe inspiration... If hospitality is about creating memories and stories, there are enough tales in here to keep readers entertained and educated.' - The Caterer

More on The fruit that brings Reem Kassis’s family together 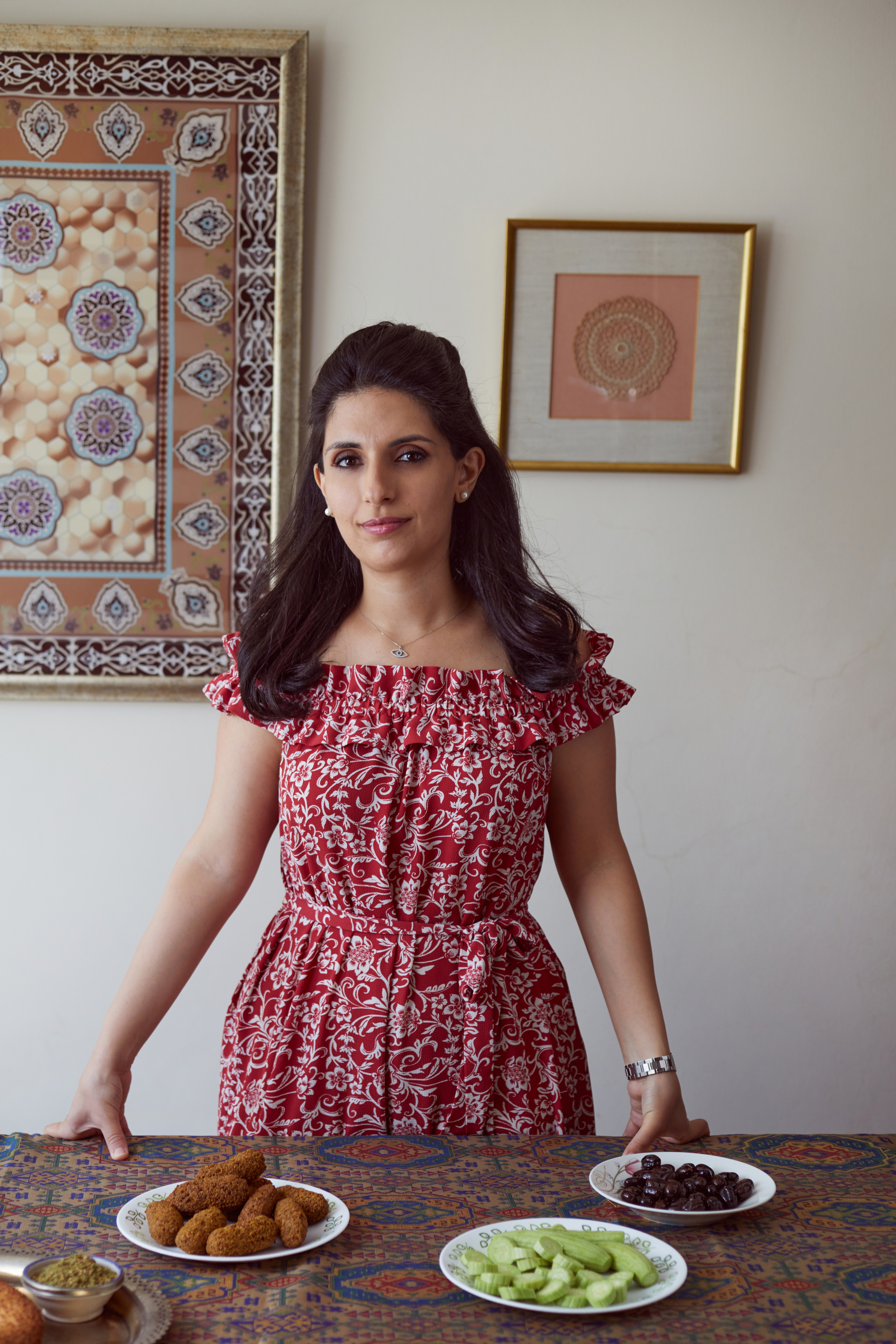 The hidden meanings in The Arabesque Table 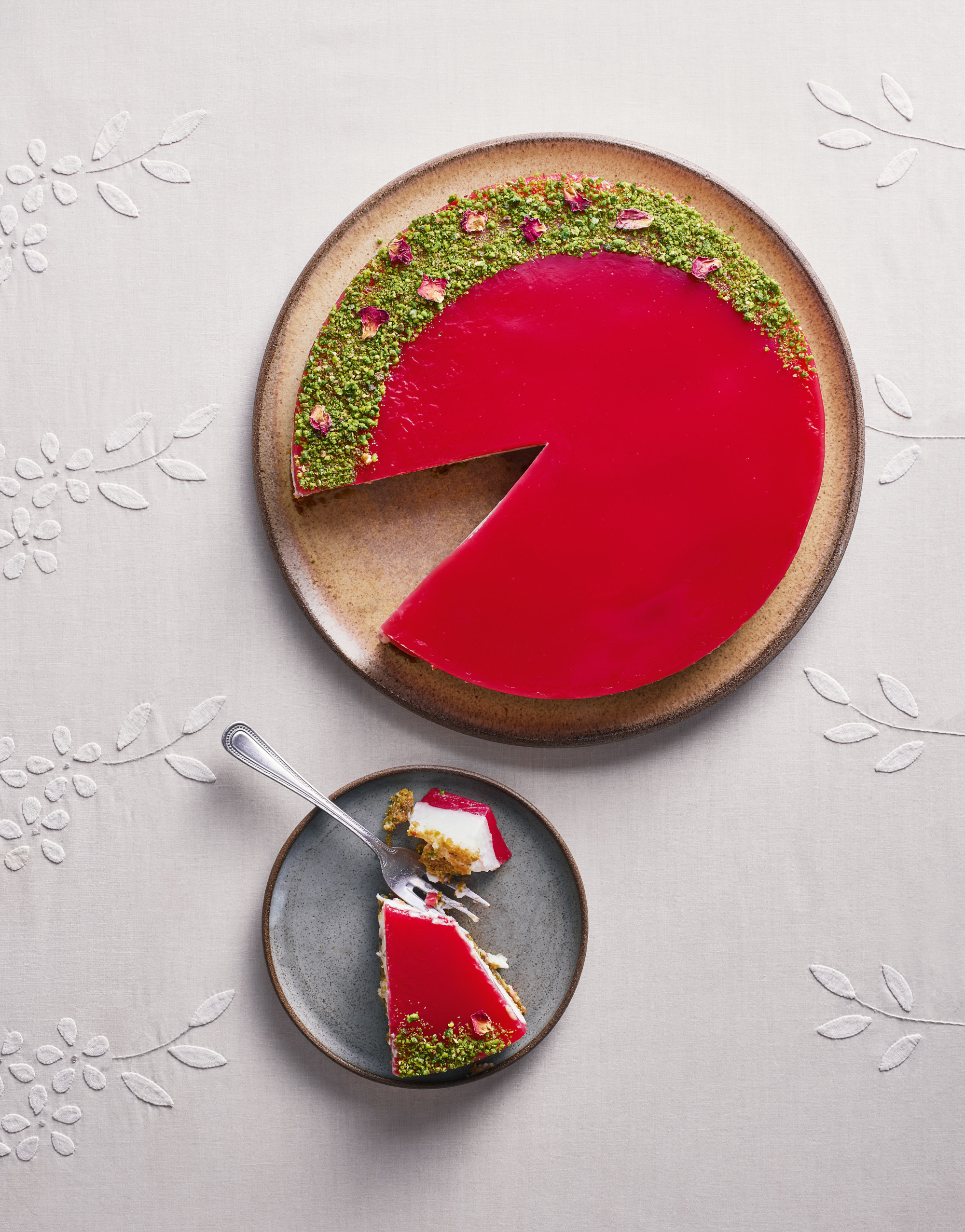 End Ramadan with these sweet treats! 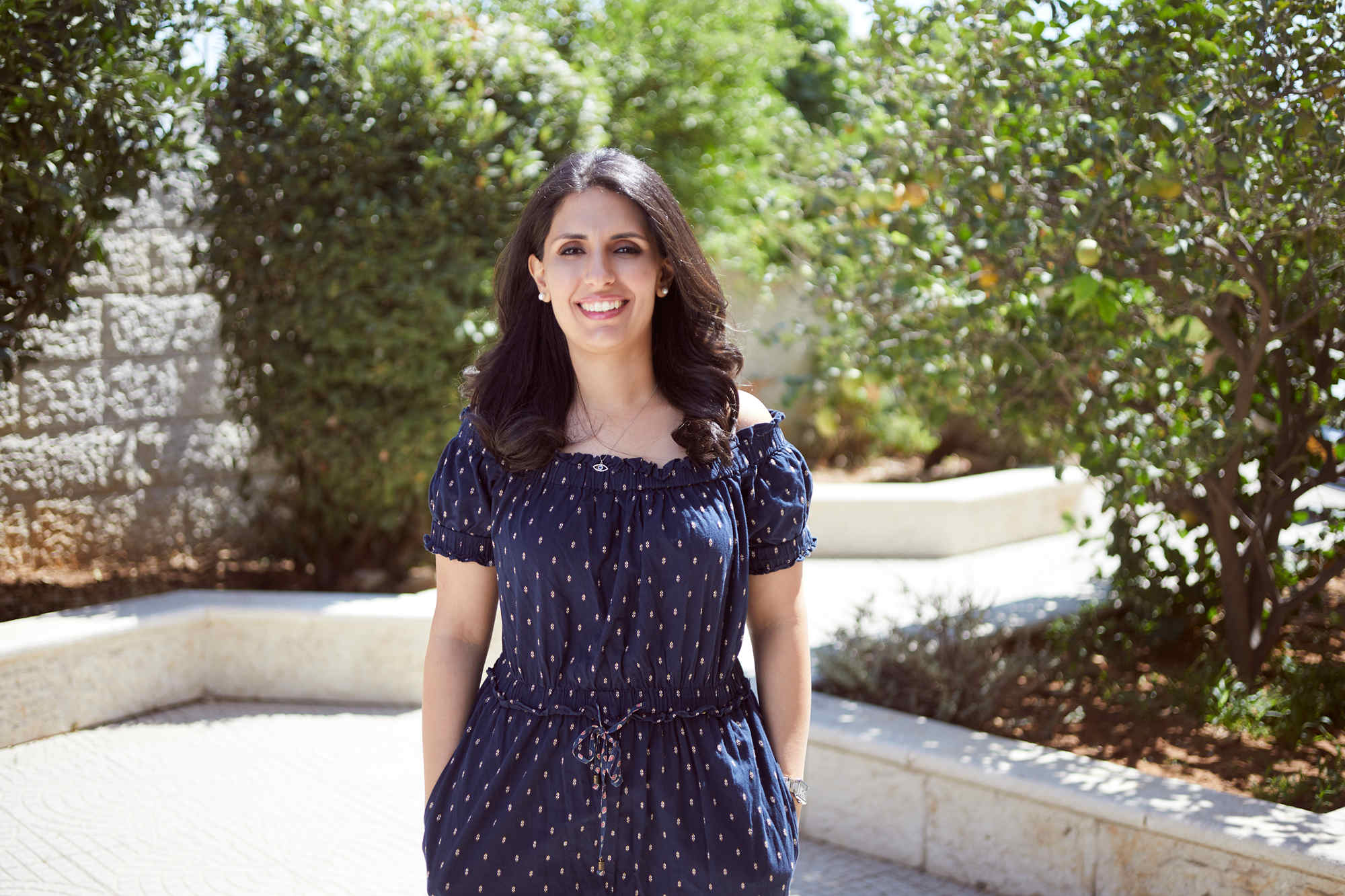 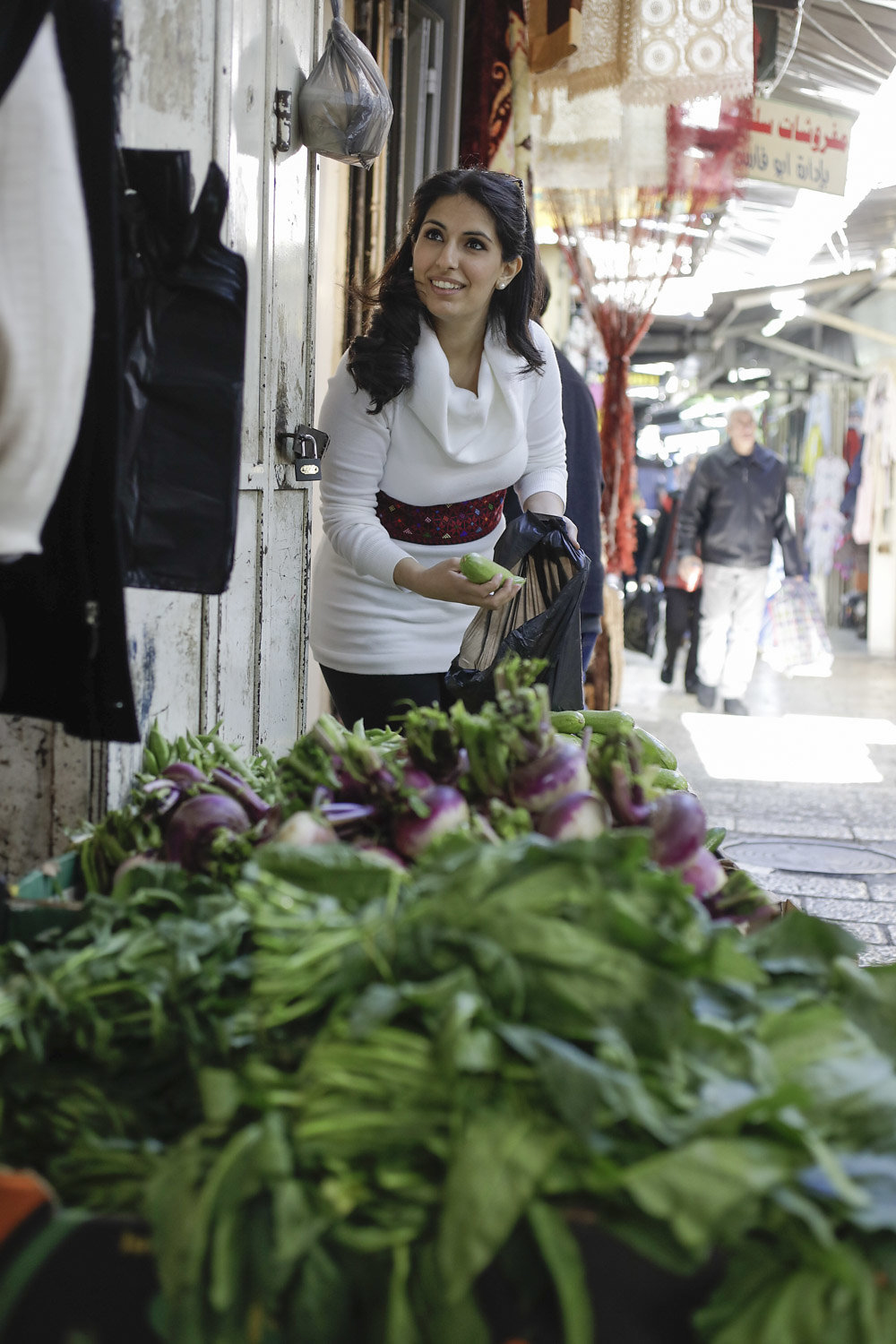 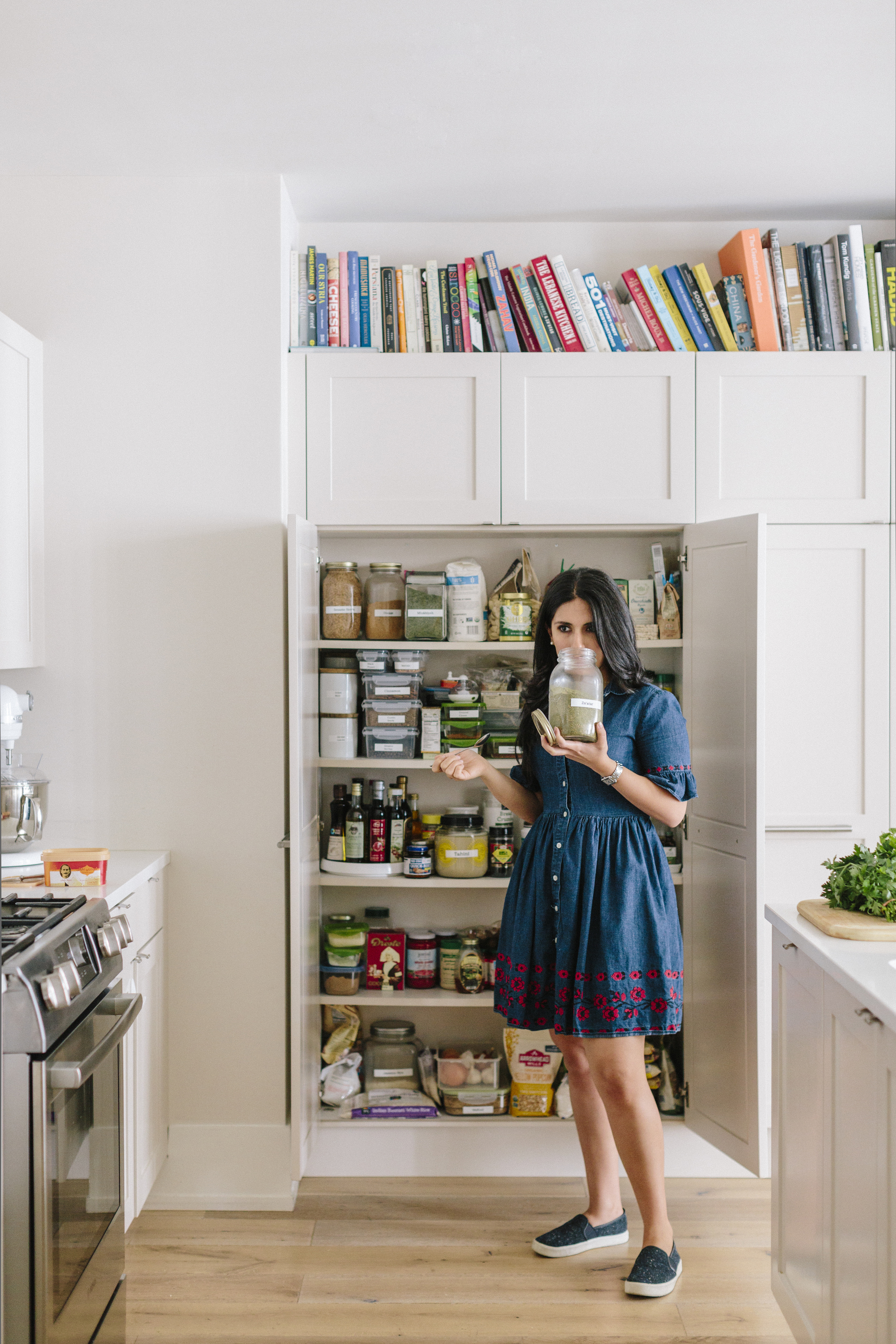 INTERVIEW: Reem Kassis tells us about The Arabesque Table