Magnus Nilsson lifts the lid on what it was really like to run one of the world's most successful restaurants, in this wonderfully detailed cookbook and memoir

There’s one ingredient that Magnus Nilsson includes in his new book, which plenty of fellow chefs leave out - the unvarnished truth. “Most chef monographs, and books like the one you are holding, are motivated into existence because they are excellent tools for explaining and marketing the chefs who write them and the restaurants they run,” writes Nilsson in the introduction to his new book, Fäviken: 4015 Days, Beginning to End.

This new title is an exception because a) Nilsson isn’t really a chef any more, and b) the restaurant he’s writing about doesn’t exist any longer. “Fäviken closed,” he explains in the following paragraph. “Don’t go there for dinner, because there is none to be had.” 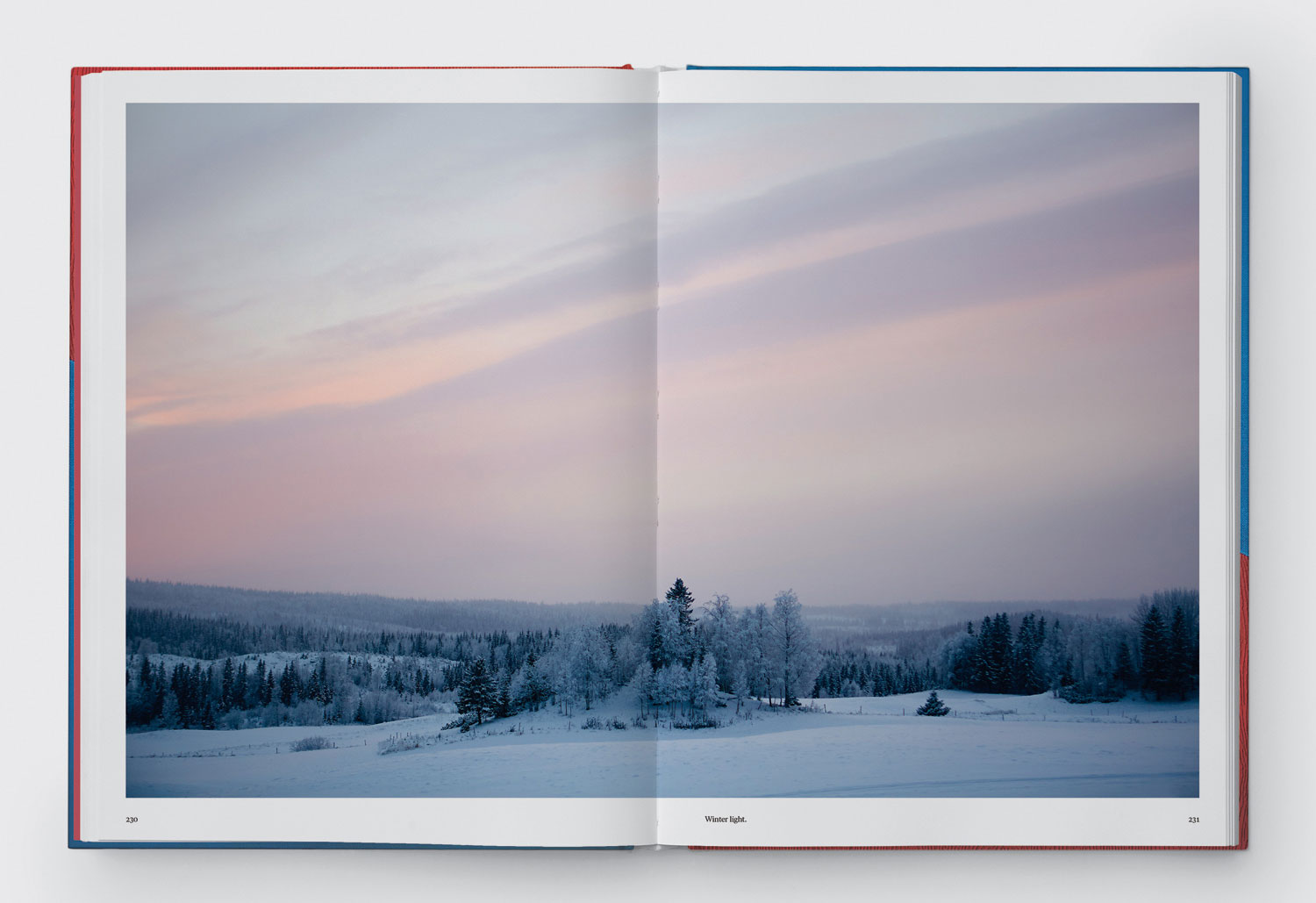 His award-winning, highly praised restaurant, Fäviken Magasinet, in the North of Sweden, welcomed diners from 2008 until 2019, serving a menu cooked from produce almost entirely drawn from the surrounding area – a novelty at that time. The restaurant won two Michelin stars, was placed among the top ten restaurants in the Zagat Guide, and was also regularly listed in the upper reaches of The World’s 50 Best Restaurants. Nilsson’s reasons for closing the place are myriad, and are well accounted for in this compelling, insightful and frank book, that’s simultaneously a eulogy to the extraordinary restaurant, an insider’s guide as to how (and how not) to run one of the world’s most successful culinary concerns, and an astute commentary on contemporary food culture.

In the new book Nilsson describes his newfound passion for apple trees and the 44-acre orchard he now owns in southern Sweden. Yet this new book isn’t about his new life, but the one he’s left behind; in essence it is a personal examination of what it was like to establish and build up one of the world’s most highly prized places to eat. 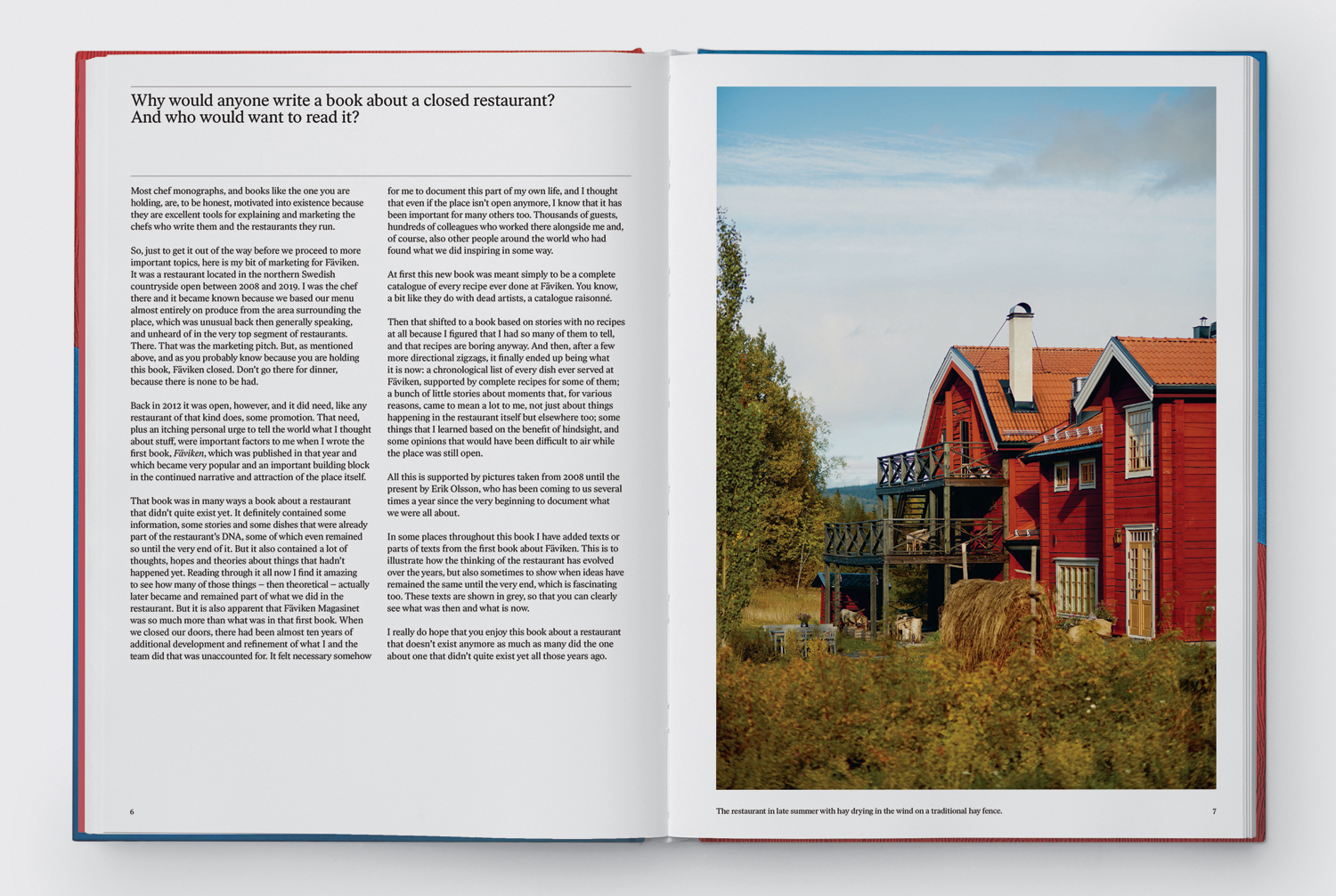 “When we closed our doors, there had been almost ten years of additional development and refinement of what I and the team did that was unaccounted for,” he writes. “It felt necessary somehow for me to document this part of my own life, and I thought that even if the place isn’t open anymore, I know that it has been important for many others too. Thousands of guests, hundreds of colleagues who worked there alongside me and, of course, also other people around the world who had found what we did inspiring in some way.”

Fäviken: 4015 Days, Beginning to End is that very document; a 324-page, beautifully illustrated book that is, at its simplest, a chronological list of every dish ever served at Fäviken, supported by complete recipes for some of them; a bunch of little stories about moments that, for various reasons, came to mean a lot to Magnus. "Not just about things happening in the restaurant itself but elsewhere too,” he explains in typically modest prose, “some things that I learned, based on the benefit of hindsight, and some opinions that would have been difficult to air while the place was still open.” 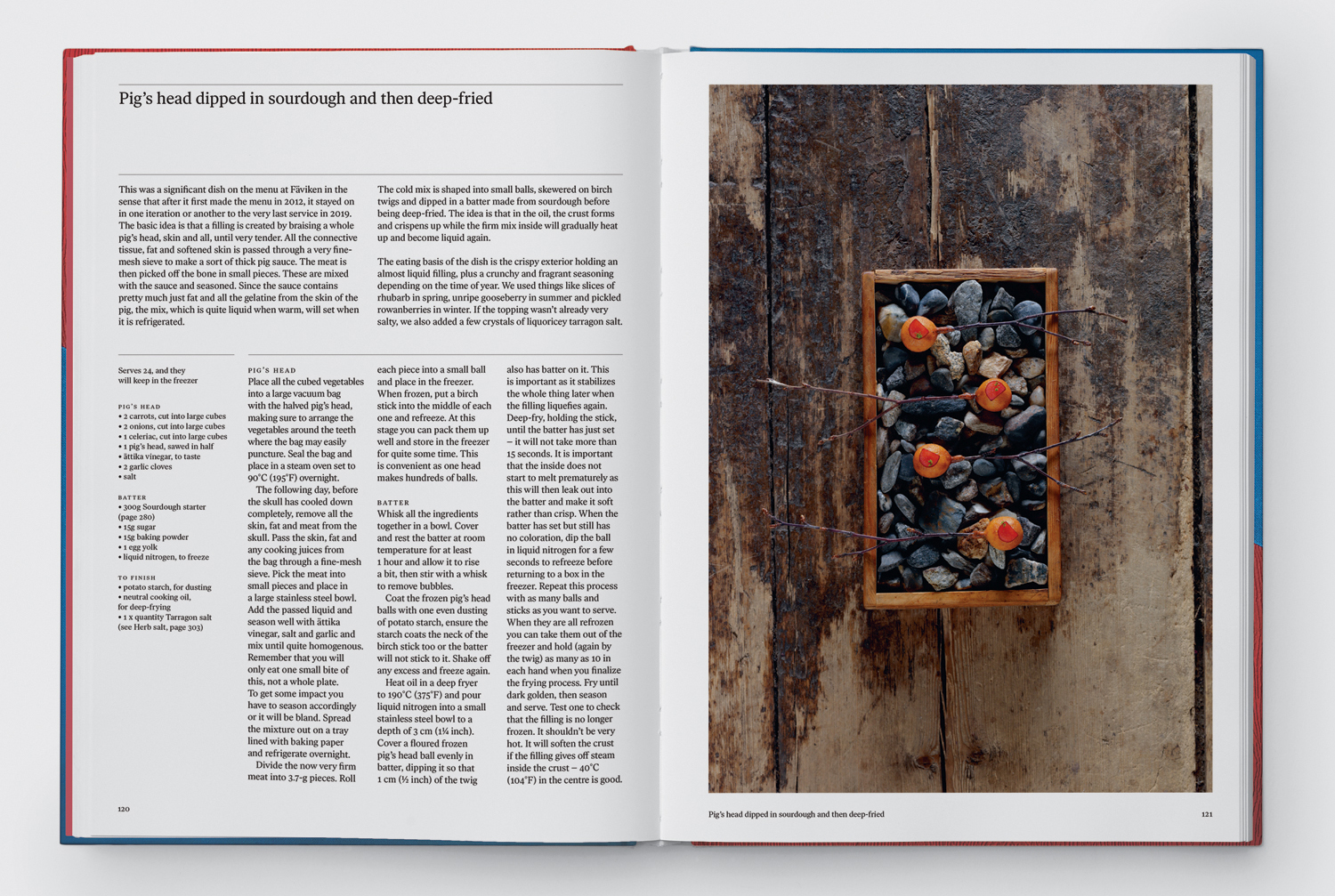 Anyone wishing to recreate the restaurant’s dishes, which range from challenging recipes such as Pig’s head dipped in sourdough and then deep-fried, right through to exquisitely simple ones, like Perfectly ripe berries still warm from the evening sun, will relish this new book.

However, that isn’t the only treat on offer. There are also delicious morsels to be had in the way he examines and presents life as a chef at the very top of the contemporary food chain. For example, Nilsson is actually dismissive of the belief that the restaurant industry is filled with highly skilled chefs.

“In most of the very best restaurants in the world today, the people who are actually making most of the food have very little experience,” he writes. “They are usually young and ambitious, at the beginning of a hopefully excellent career, young cooks who might one day end up in a restaurant of their own. But they haven’t learned how to cook yet, and sadly, in most of those places no one is going to teach them either.”

Despite having run a highly ecological restaurant himself, he’s wary of sustainability talk among his more prominent colleagues. “They boast in articles about their efforts to reduce food waste by talking about whatever clever fermented seasoning they have managed to make from scraps or that they have given up straws,” he writes. “Or they hang out at sustainability events somewhere else and pat each other on the back for being such great people while eating burgers made from extruded mealworm protein or dishes cooked from leftovers from the breakfast buffet of the luxury hotel hosting the event. 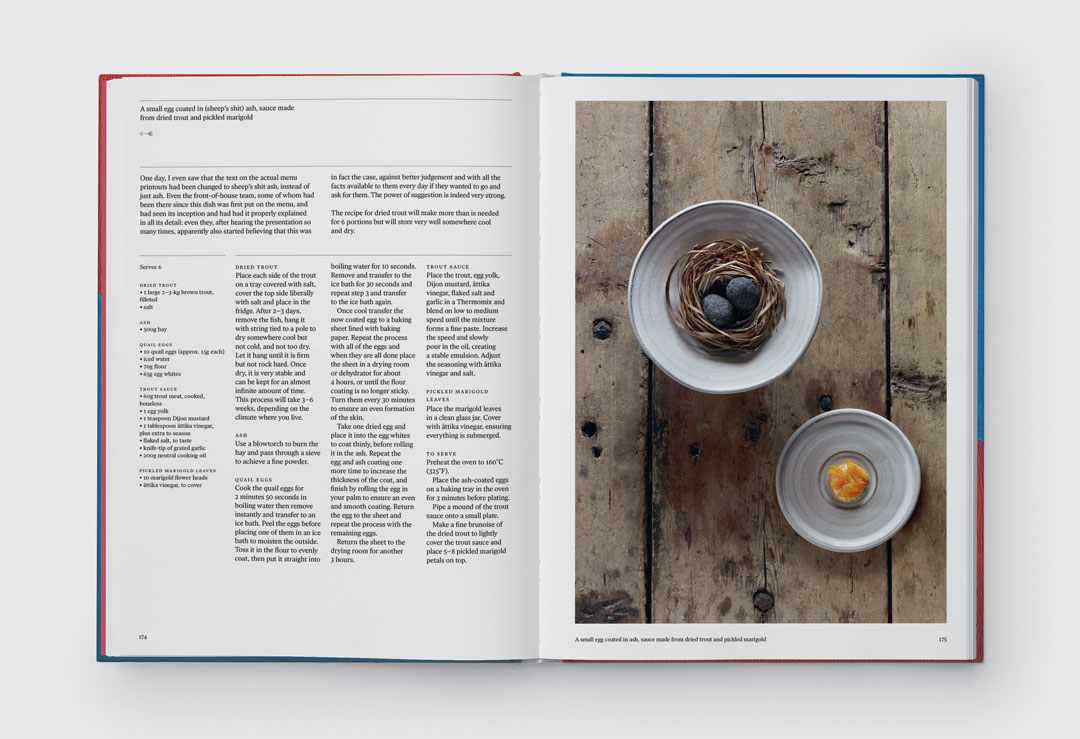 The chef finds all this a little hard to swallow. “A far better outlook, I think, is to accept that you have both unsustainable and sustainable things in your life and that the sum of all your actions is what really matters.”

And, although many of the recipes in this book certainly appear to be marvels of creative invention, he doesn’t set much store by creativity in and of itself. “One of my greatest strengths as an entrepreneur, chef and moderately creative person is that I am very productive,” he says. “I am simply good at creating the necessary circumstances and opportunities that allow creativity to happen, and I am good at producing meaningful content from those few truly creative ideas that I get.”

The book also contains plenty of more practical considerations. Take this titbit, for example, on cutting boards. “In my opinion, cutting boards should be resilient to the mechanical wear of the knife so that they don’t become wonky over time. They have to be completely straight too, otherwise you can’t cut thin things like herbs with precision. They also have to be easy to maintain and clean, and they have to be highly resistant to absorbing aroma from the foods prepared on them, so that they don’t end up tainting less strong-tasting foods with the odour of more strong flavoured ones.” 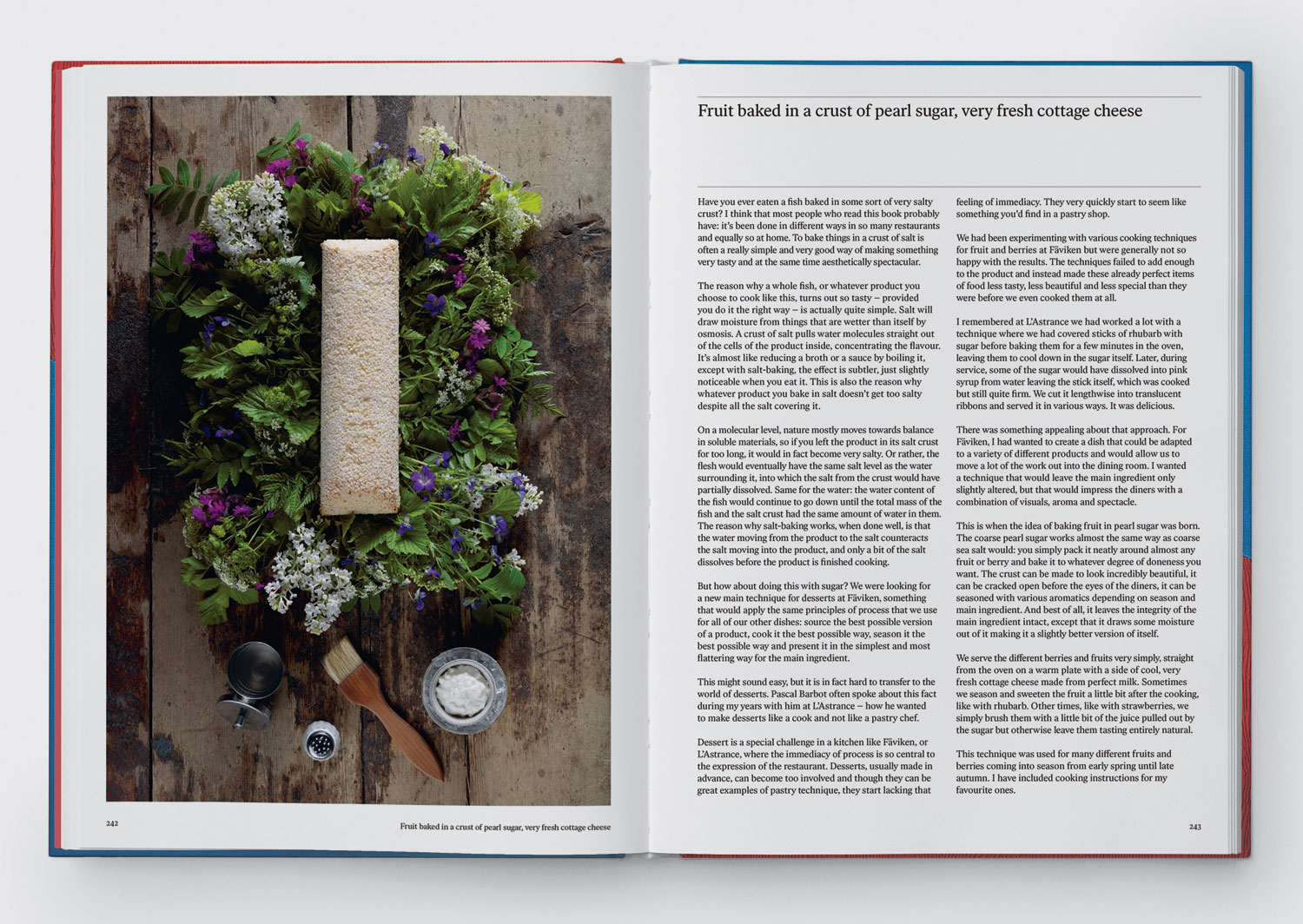 Or this brief note, as to why Nilsson and his brigade favoured old sow meat when it came to cured pork. “Older animals are generally better for curing as they contain less water in their muscle tissue than young ones,” he states. Who knew? Nilsson, of course.

Fäviken: 4015 Days, Beginning to End is a practical cookbook, a candid memoir, and a primer for anyone wishing to reach the very top of the culinary arts, even in these uncertain times. In a closing chapter written in May 2020, Nilsson even addresses the impact Covid-19 might have had on Fäviken, had he not chosen to shutter the place a few months prior to lockdown.

“Fäviken would not have made it through this pandemic,” he writes. “Even in an unlikely scenario where I would have been able to convince my partners Patrik and Ann-Charlotte to support the restaurant financially for perhaps a year or longer with almost no revenue, that would have been the wrong choice. I’m glad that I got to close on my terms and that the decision wasn’t made for me, by Mother Nature or anyone else.”

Yet, while he is currently tending to his apple trees, Nilsson admits that “if one day some years from now I wake up in the morning and feel the same burning desire to run a restaurant that I felt for many years at Fäviken, I won’t think twice about it. But if that doesn’t happen, that’s okay too.” After all, he’s managed to share some of his most profound and useful lessons from his time at Fäviken with all of us. 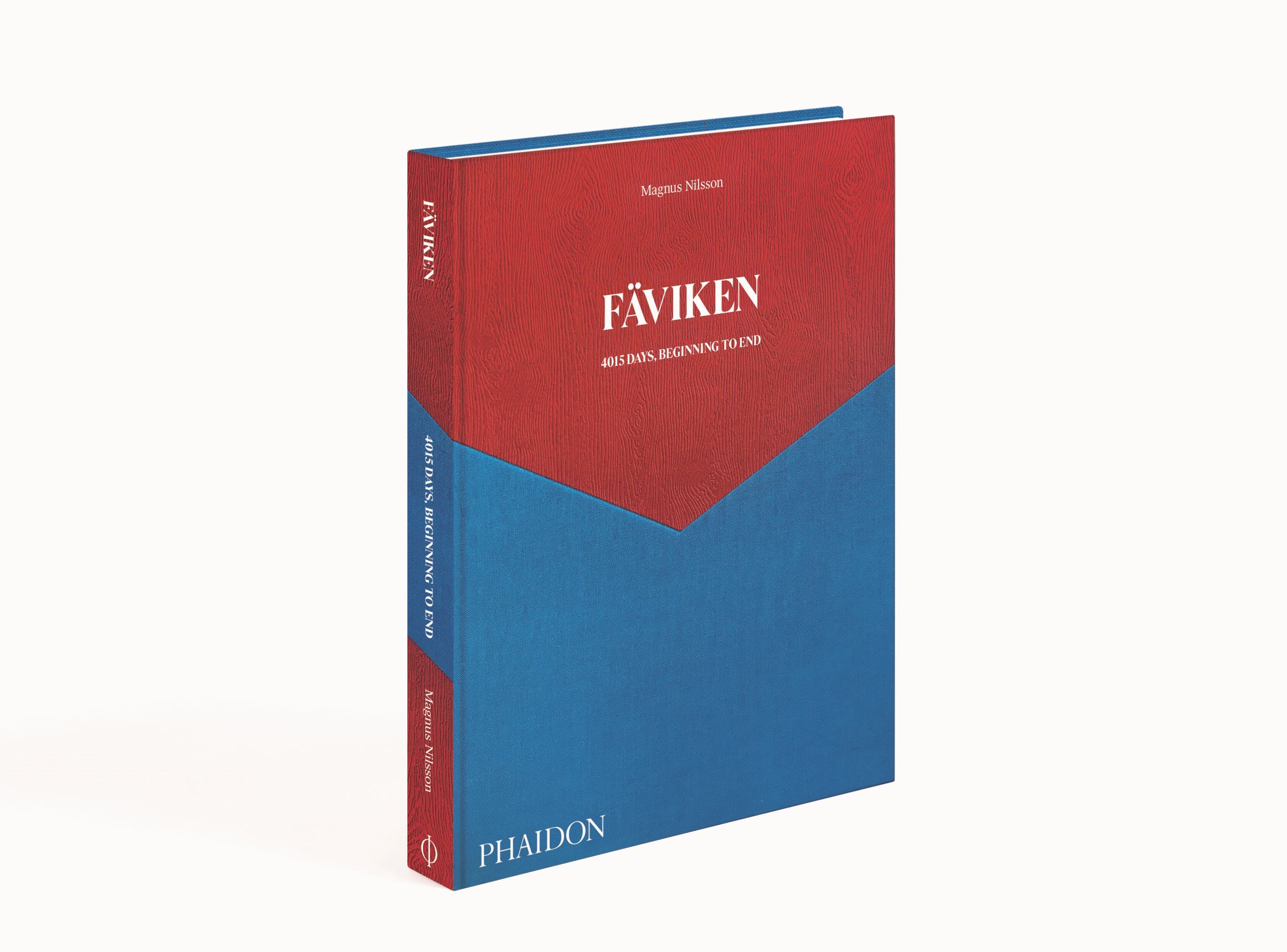 Chefs will be charmed, intrigued, and ocasionally perhaps even infuriated by Nilsson’s views; fine-dining lovers will find the kitchen-confidential style insights equally intriguing. Adventurous home cooks will delight, as a whole new vista of culinary opportunities is opened up before them in these pages; and off-beat entrepreneurs will find both encouragement and wise counsel in Nilsson’s well-placed words.

To gain more insight, and to see many more incredible dishes from this exceptional 'ex-chef' order a copy of Fäviken: 4015 Days, Beginning to End here.

More on All you need to know about Fäviken: 4015 Days, Beginning to End 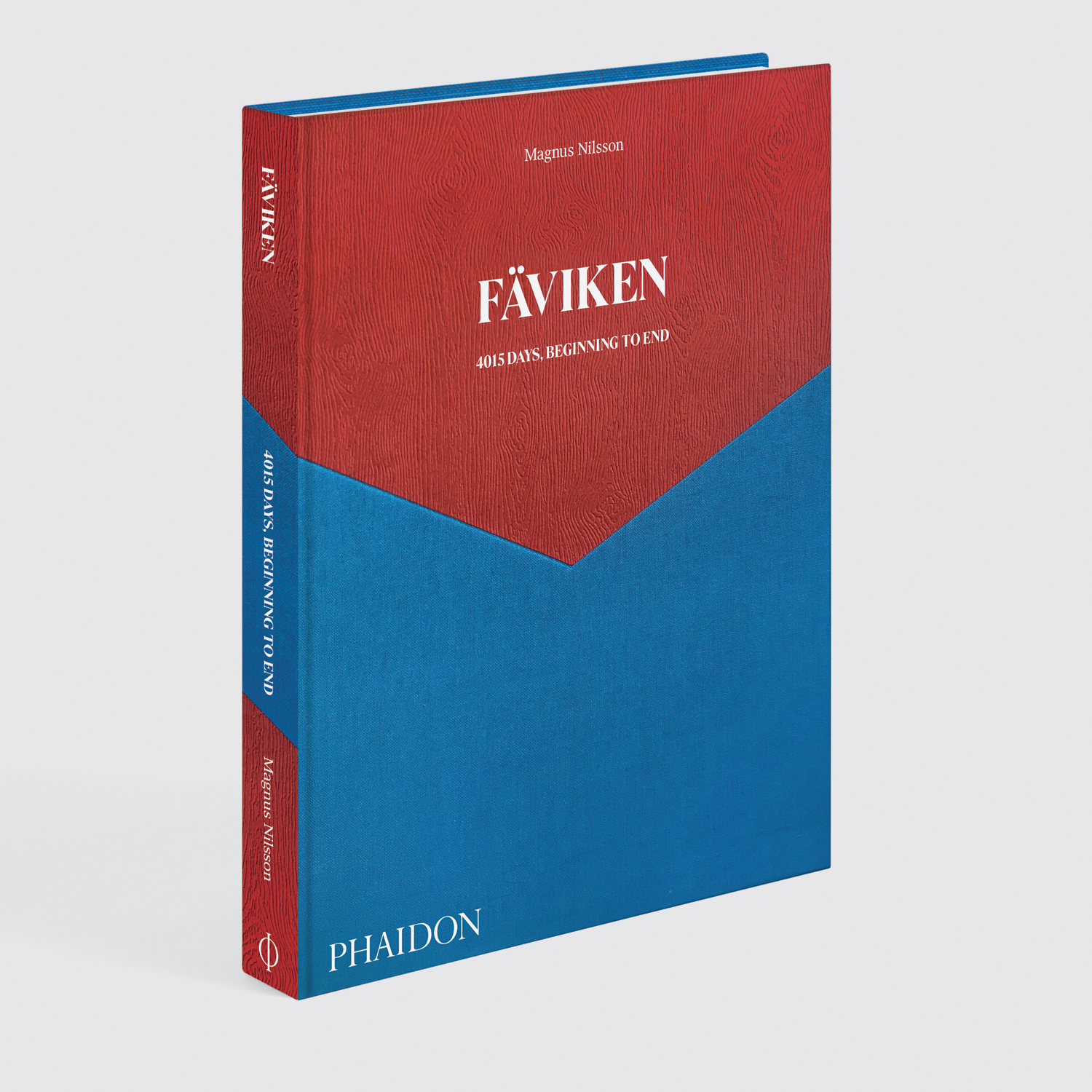 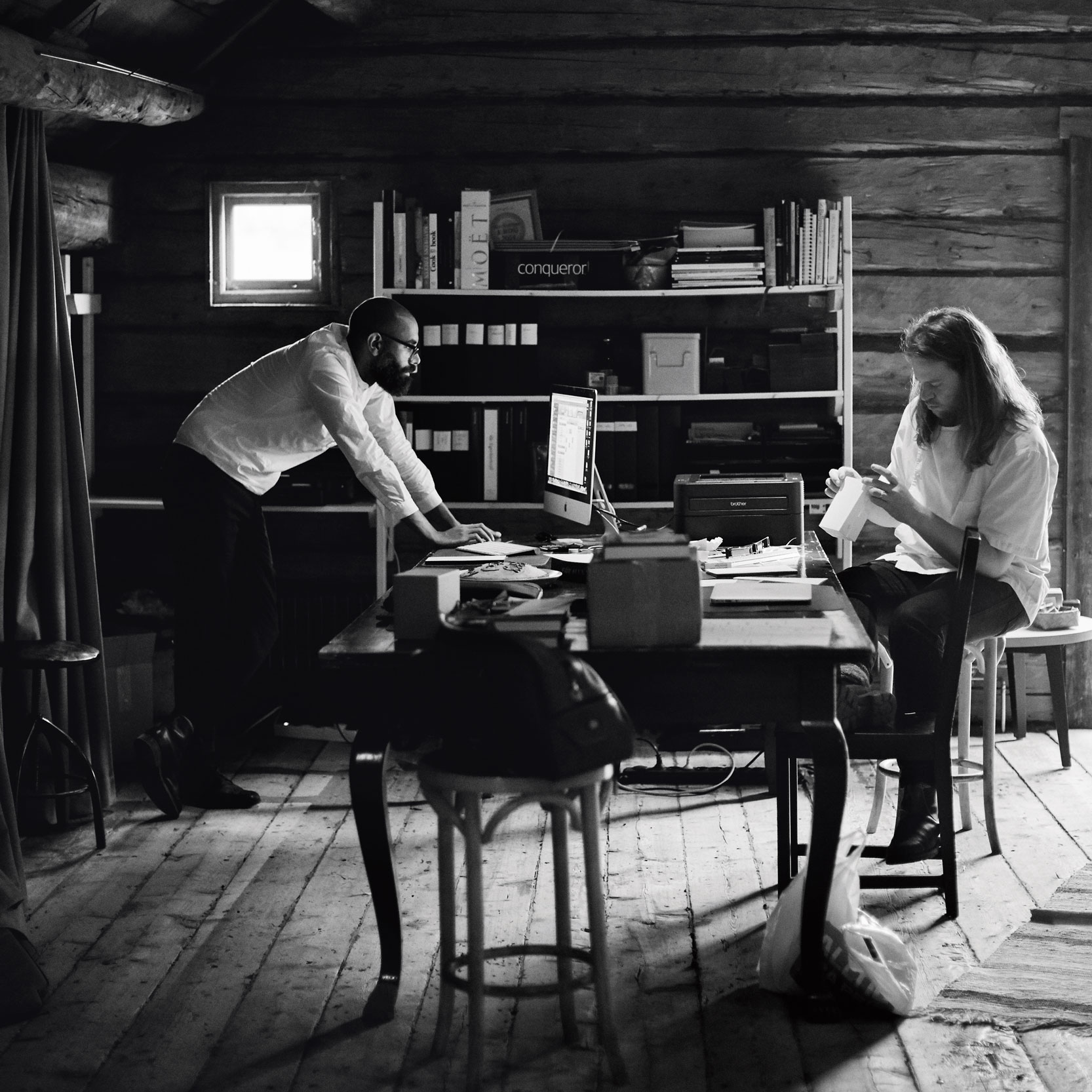 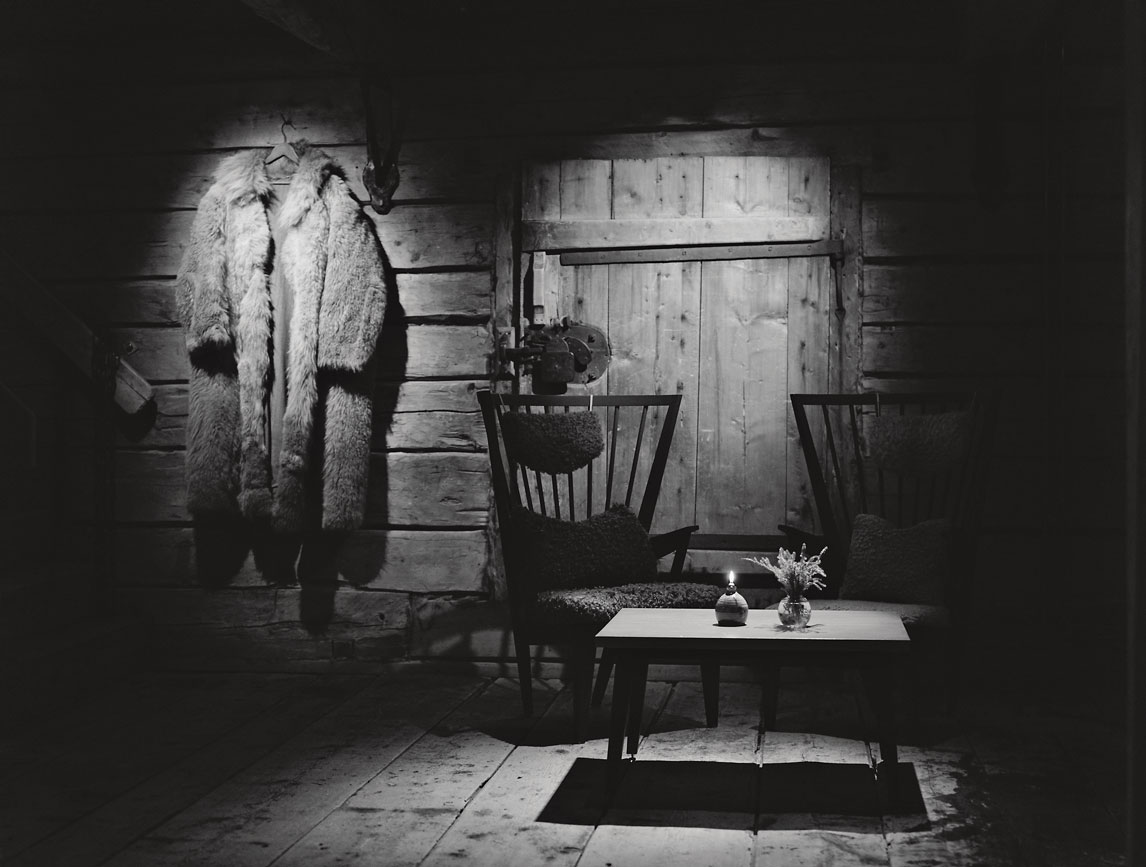 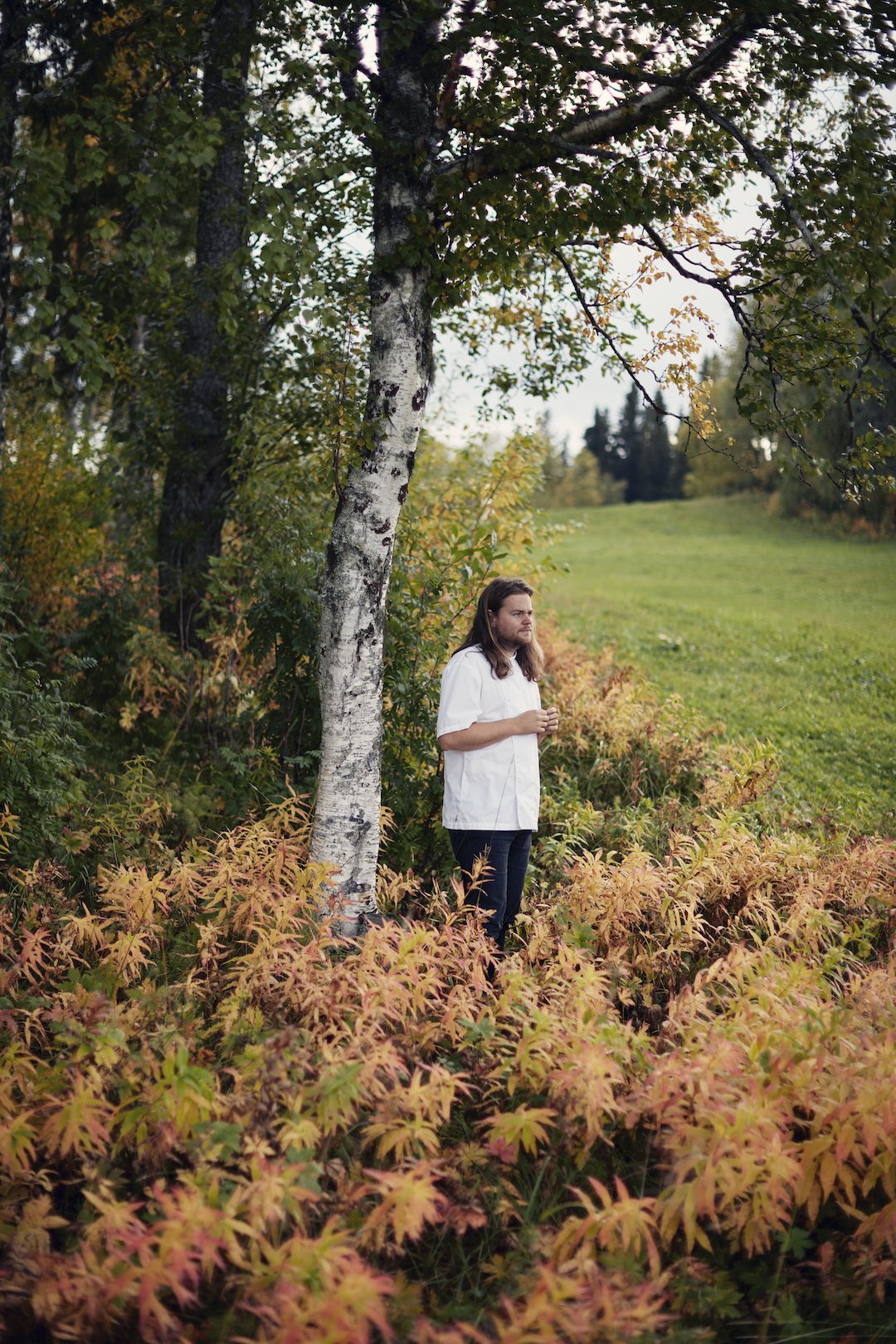 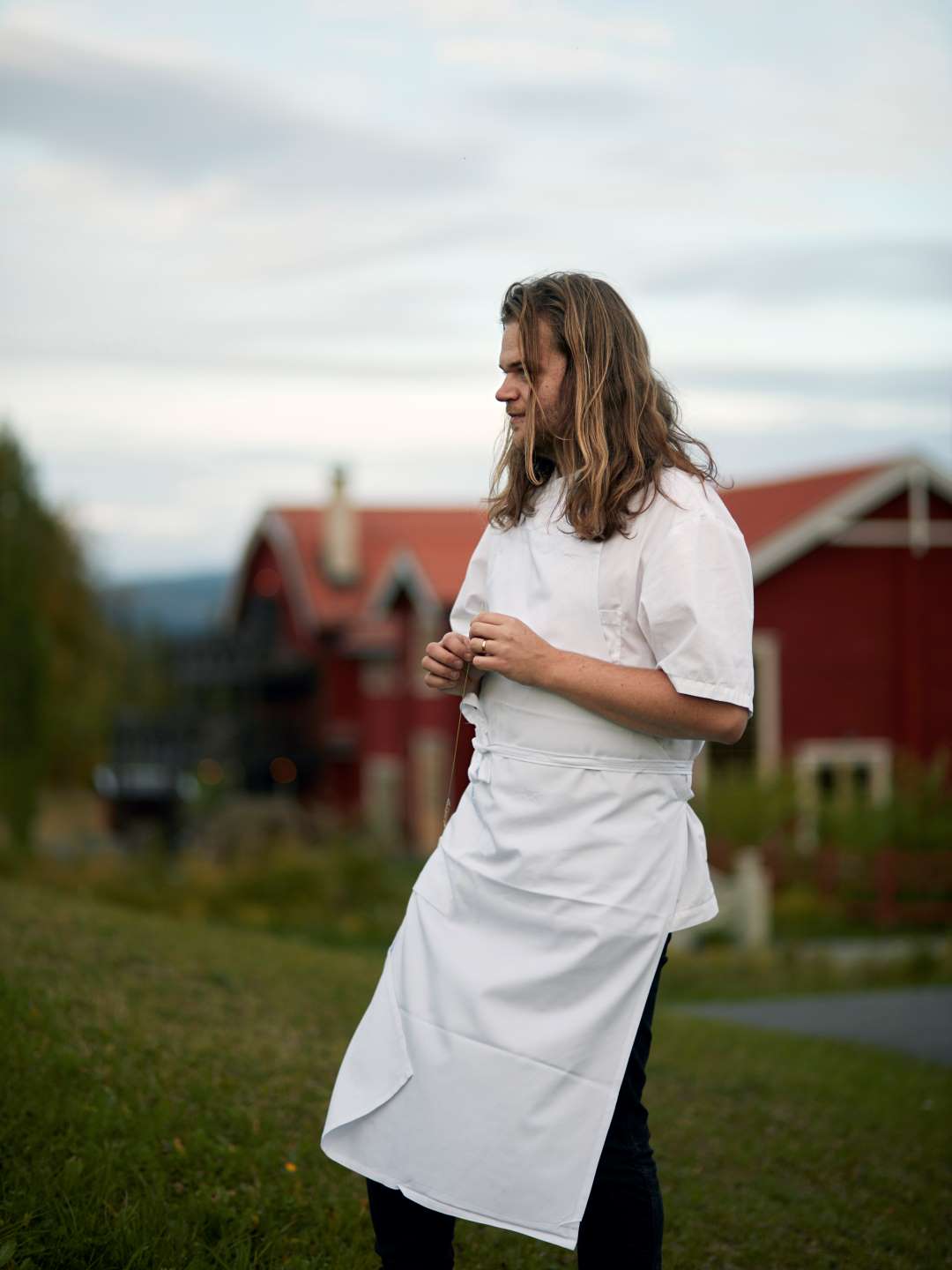