Peruvian food is, as you probably know, one of the world’s most interesting and flavorful cuisines, combining European, Asian and African influences, as well as indigenous pre-Colombian styles of cookery. The Lima-born chef, restaurateur and TV personality Gastón Acurio is perhaps the world’s most famous proponent of this style of cookery, and yet, as he reveals in this thoughtful National Public Radio interview, he wasn’t always great in the kitchen.

The radio profile, broadcast to coincide with Acurio's new title Peru: The Cookbook, charts the chef’s rise, from the food-crazy son of a politician, in a household where good eating was a low priority, to his place today at the top of the Latin American food chain. 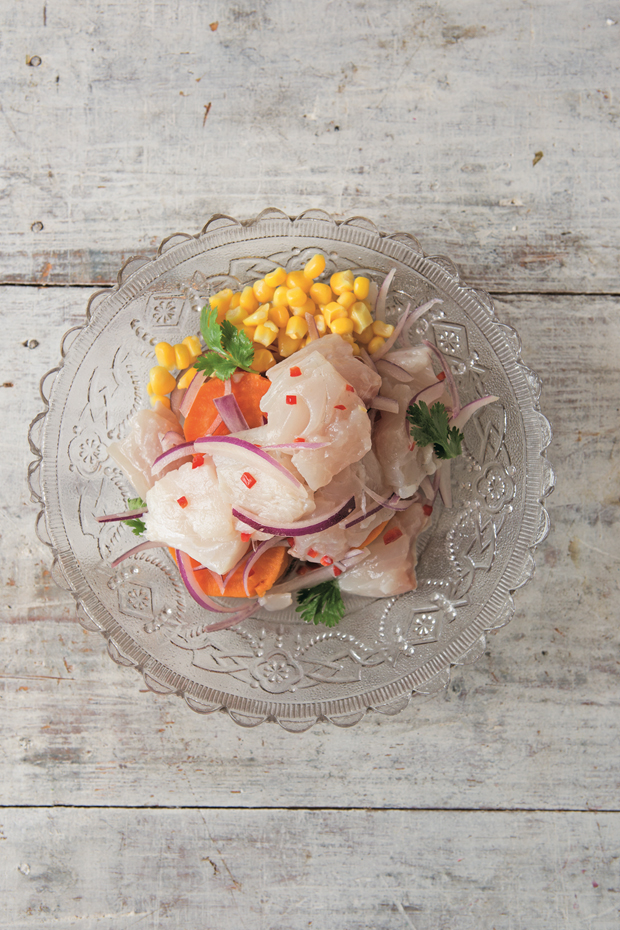 Classic ceviche from Peru: The Cookbook

"Since I was a little, little kid, I loved to eat, and that was a terrible problem in my house,” Acurio told the station. “One day I decided to start cooking my own food. I was 9 or 10 years old."

The young cook cycled to his local market to buy squid, and tried to cook it as best he could. The result was “a mess” Acurio admits, but it began his journey towards haute cuisine.

In time, his father, a senator in the national government, sent Acurio to Madrid to study law, however. However, the young man chose to spend his allowance on a meal at a three-Michelin-star restaurant. That bill may have been hefty, but “It was the most important investment I made in my life,” he recalls. Acurio dropped out of law school, to pursue a career in the culinary arts, and went on to reshape his nation’s gastronomic profile. 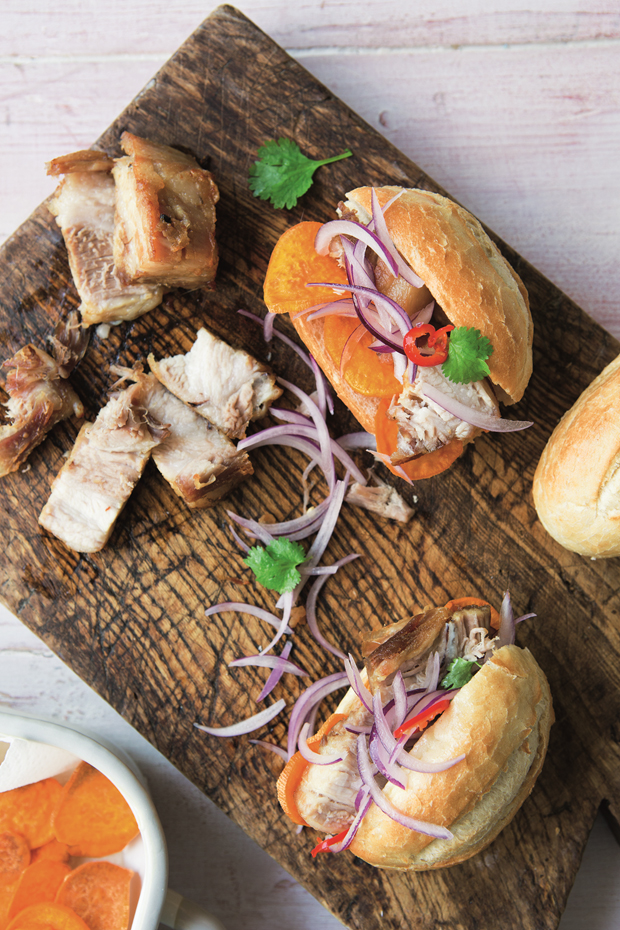 Pork sandwich from Peru: The Cookbook

You can listen to the interview below, and for more on Acurio and Peruvian food, buy a copy of Peru: The Cookbook here.

The definitive cookbook on Peruvian cuisine by the country’s most famous and popular chef, Gastón Acurio.

One of the world’s most innovative and flavorful cuisines, Peruvian food has been consistently heralded by chefs and media around the world as the "next big thing." Peruvian restaurants are opening across the United States, with 20 in San Francisco alone, including Limon and La Mar.

Acurio guides cooks through the full range of Peru’s vibrant cuisine from popular classics like quinoa and ceviche, and lomo saltado to lesser known dishes like amaranth and aji amarillo. For the first time, audiences will be able to bring the flavors of one of the world’s most popular culinary destinations into their own kitchen.

Gastón Acurio was born in Lima, Peru, in 1967. He has created an international empire, exporting Peruvian cuisine around the world. Acurio owns more than 44 international restaurants, including three locations of La Mar restaurant in the USA. He plans to open more restaurants around the world in the next two years, including in Washington, DC. Acurio is a television host in Peru and is met by tens of thousands of fans wherever he makes a public appearance. People have started endorsing Gastón Acurio as the next Peruvian president in several newspaper articles, Facebook fan pages, television debates and a new movie, Finding Gastón, from Peruvian director Patricia Perez. His main restaurant Astrid y Gastón is on the San Pellegrino World’s Best Restaurants list at number 18. He won the lifetime achievement award at the Latin America Best Restaurants in 2013.

"A tome of Peruvian food, by its most acclaimed ambassador." —Good Things

"It's my new obsession... and a brilliant look at a cultural hegemony that is Peruvian food."—Andrew Zimmern, Bizarre Foods

"I never had any idea how varied and sophisticated the food from Peru could be. This beautiful volume is useful resource on a cuisine that's rapidly gaining in popularity north of the equator."—Library Journal

"There are a whoppings 500 recipes in [Peru: The Cookbook], and it's a fascinating journey."—Tasting Table

"In chef and restaurant owner Acurio's first foray into English language cookbooks, the cuisine of Peru shines... This is a treasure chest of Peruvian cuisine."—Publishers Weekly

"Vivid photography, insightful captions, and precise preparations. The book and its contents are so stunning."—The Latin Kitchen.com

"[T]his spectacular new cookbook features 500 recipes that serve as the perfect introduction to this cuisine, along with thoughtful observations from Gaston, who is not only a talented cook but also a talented writer."—RetailMeNot.com