Arriba! This Mexican best-seller is now in English

All gourmands know by now that Mexican cuisine is fast becoming one of the most influential styles in contemporary cookery. Yet how does the uninitiated food lover gain an understanding of, and love for, the food of this nation? Through the taco: a single, simple dish, that can be prepared in hundreds of ways, that's how. 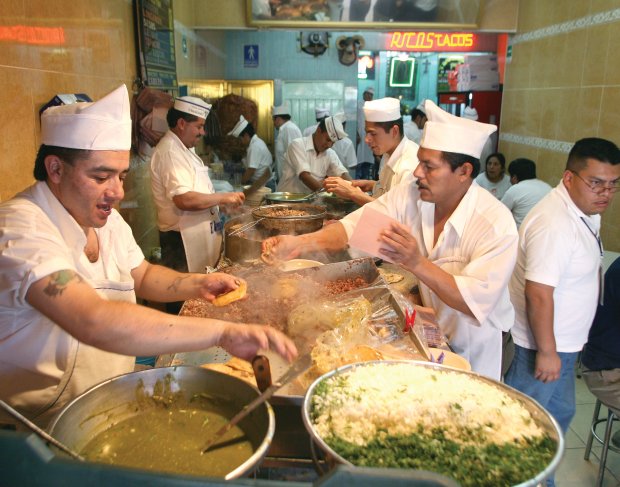 Five years in the making, Tacopedia was a huge hit when it was first published, in Spanish, in 2013. The book not only features 100 recipes covering all the components of this amazing dish – from the tortilla, to the filling and sauces – it also covers the development of this humble foodstuff, its regional variations, and even its cultural significance. There are interviews, illustrations, graphic guides and maps, each shading in a further detail of the unexpectedly fascinating story behind the taco. 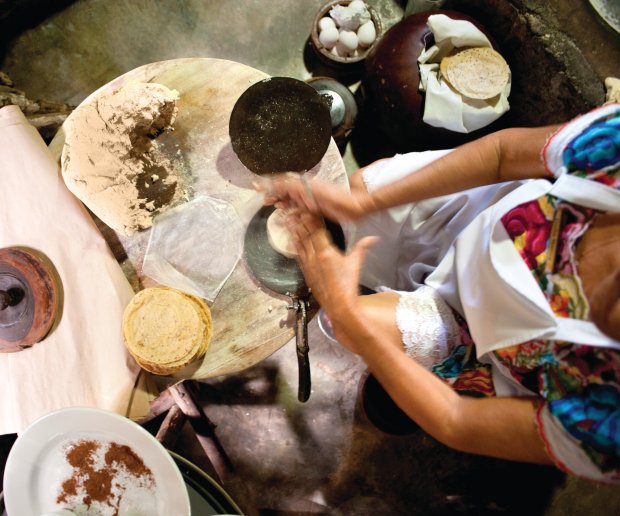 The book has proved to be a gastronomic best-seller, winning over both a Latin American audience and polyglot readers keen to learn more about Mexico's secrets. In 2013 it was awarded the Gourmand World Cookbook Award for Best Cookbook in Latin America, with Gourmand president Edouard Cointreau characterising Tacopedia as “one of Mexico's culinary treasures.” 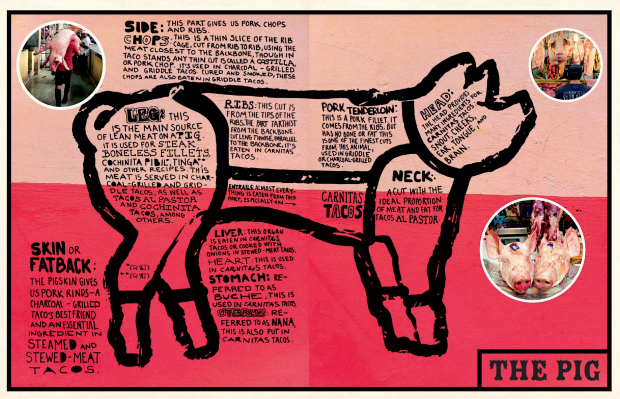 The taco menagerie: the pig. From Tacopedia

The title captures some of the food world's new-found interest in Mexican cuisine, as demonstrated by the success of chefs like Enrique Olvera, Noma's Rene Redzepi – a huge Mexican food fan and author of this book's introduction – as well as the continued success of previous Phaidon titles such as Mexico and Peru: The Cookbook. 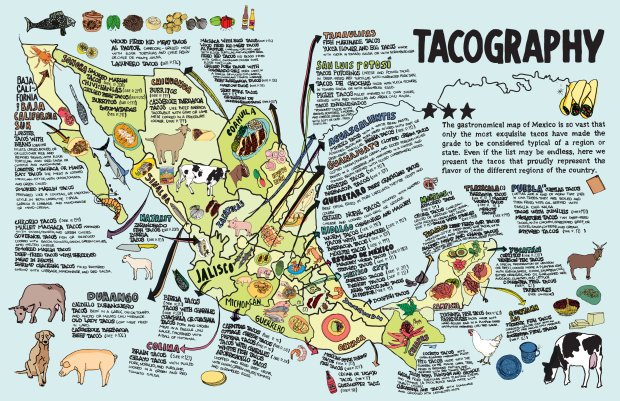 Packed with detailed illustrations, beautifully observed photographs and clear instructions, all arranged in a charming Mesoamerican-style design, the beauty of this book lies in the minutiae. There's an illustrated guide to geographic specialities, from Sonora to Chiapas; many butchers' charts, indicating, for example, which cuts of pork make it into a carnitas taco, and which end up in tacos al pastor; a flow diagram following maize use in Mexican cuisine; and even a users guide to taco-stand etiquette.

The title serves as a perfect complement to such national cuisine guides as Mexico, India and The Silver Spoon. It's as practical and easy to use as popular kitchen books like What to Cook and How to Cook It. Meanwhile, in depth of knowledge, it is akin to Where Chefs Eat and elBulli 2005-2011. No mean feat as buyers of those books will attest. 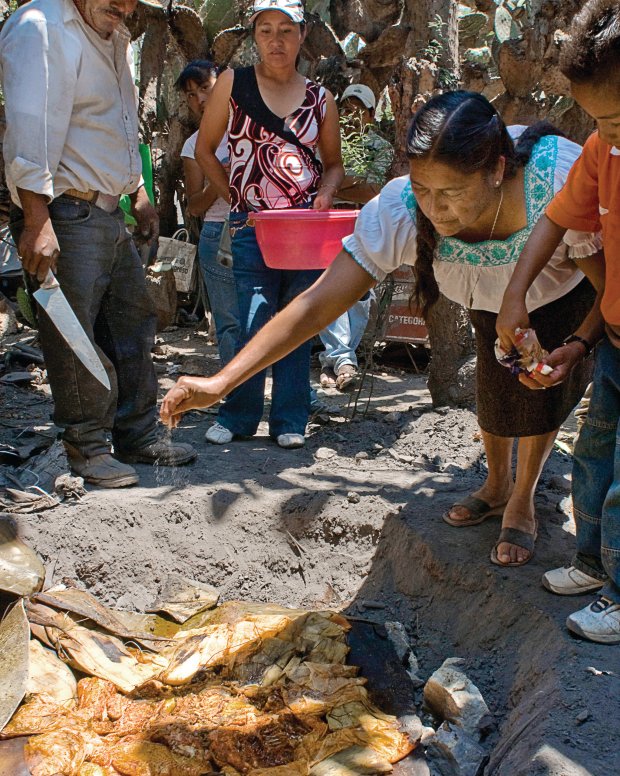 On the counter top it initiates non-Spanish speakers into a hitherto unknown realm of gastronomic pleasure; on the sofa it serves as a great curl-up read; and on the bookshelf it suggests a highbrow understanding of this quotidian street food. 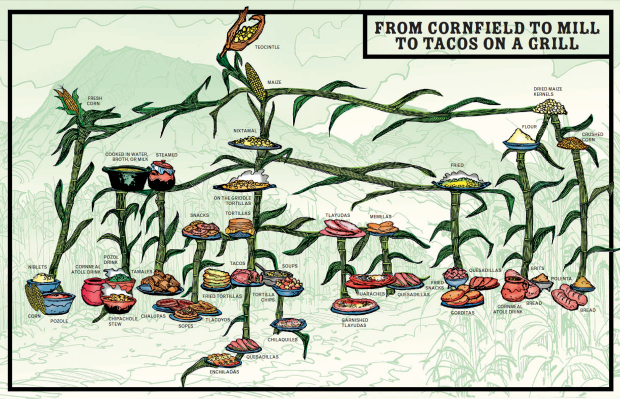 From Cornfield to Mill to Tacos on a Grill. From Tacopedia

Authors Déborah holtz, director of Trilce Ediciones in Mexico City, and Juan Carlos Mena of the Universidad Iberoamericana, devoted half a decade to a dish that's often gulped down in a few minutes. Yet in so doing they demonstrate just how rich – culturally and gastronomically – a taco can be. You can pre-order Tacopedia here, and check back soon for more on this exciting new title.

Everything you need to know about the taco. Includes 100 authentic recipes adapted from the Mexican best-seller from fillings and tortillas to salsas and sauces. Includes a foreword by Rene Redzepi.

Richly illustrated and entertaining graphics take on one of the world's most popular dishes.

The ultimate reference on taco culture, Tacopedia is a deep dive into the varying taco traditions of Mexico's diverse regions.

Features 100 recipes for all of the components of an amazing taco.

Illustrated with 250 photographs, and accompanied by interviews, stories, illustrations, graphics, maps and more that bring the vibrancy of the taco, and its homeland, to life.

Deborah Holtz is the Director of Trilce Ediciones publisher in Mexico.

"Everything you ever wanted to know and more about the beloved taco." —TODAY Show

"A one-stop shop for everything you would want and need to know about tacos." —Latin Times

"Que Rico! The where, what and how of a Mexican staple." —Travel & Leisure

"Everything anyone might ever need to know about tacos" —Eater.com

"Tacopedia is the book you need to read." —Trend Hunter

"Tacos aren't my favorite, but this did make me want to eat Mexican food." —The New York Times Style Magazine

"A mouth-watering tour of Mexico's taco culture... Tacopedia doesn't just teach the reader to appreciate the taco - it makes them hungry, too." —NPR

"After reading Tacopedia, we fell in love again, too." —LA Weekly

"Tacopedia is ideal for food lovers, cooks, and anyone interested in Mexican culture." —Tastebook

"While there are many excellent books about Mexican cuisine, nothing comes close to the Tacopedia when it comes to tacos... A pure joy to read." —Food Crafters

"Stunning photographs... Everything you need to know about this Mexican staple." —Sphere

"if you love tacos, or know somebody who does... Pick up a copy of this book. It's pretty awesome." —The Manual

"Sandwiches are just a poor relation to tasty Mexican tacos... If you think several hundred pages of taco wordage is overkill then you have not been eating the right tacos." —The Independent

"Tacopedia' has captured the imagination of some of the world's top chefs... Described as the ultimate reference on taco culture, Tacopedia lives up to its description... Indispensable... Every image adds to the story of the taco... The book's paperback nature emphasizes that it should be used, not shown off." —Restaurant

"brilliant, exhaustive and epic, the only guide you'll ever need to Mexican hand-held heaven... Delicious. A masa-scented masterpiece." —Mail on Sunday

"It's got just about every scrap of information you might want on tacos. But while it's encyclopedic in that sense, it's certainly not dull... There's history, there are restaurant recommendations, and the book is stuffed with facts like an overfilled tortilla. But most of all there is fun. The book even features an illustrated guide on how to eat a taco." —Bloomberg.com

"Wildly inspiring and easy to use, this compendium of recipes (plus fun maps and food photography) covers every aspect of making what has to be the greatest foods on earth." —GOOP