All you need to know about Hi-Fi: The History of High-End Audio Design

Say what you want about Steve Jobs; he knew good product design when he saw it. In the introduction to his new book, Hi-Fi: The History of High-End Audio Design, author Gideon Schwartz recalls a rarely seen picture of the Apple co-founder and some of his prize possessions.

“In 1982, Time magazine photographer Diana Walker photographed Jobs at his Woodside, California, home, seated on the wooden floor of an almost empty room, with only his extremely high-end stereo and records for company,” writes Schwartz in the book’s introduction. “This is a beautiful, almost Zen-like image, really, as it also speaks about what’s missing. Aside from one glowing lamp, no furniture is pictured - chairs, tables, and cabinetry are noticeably absent. It’s all about man and hi-fi. 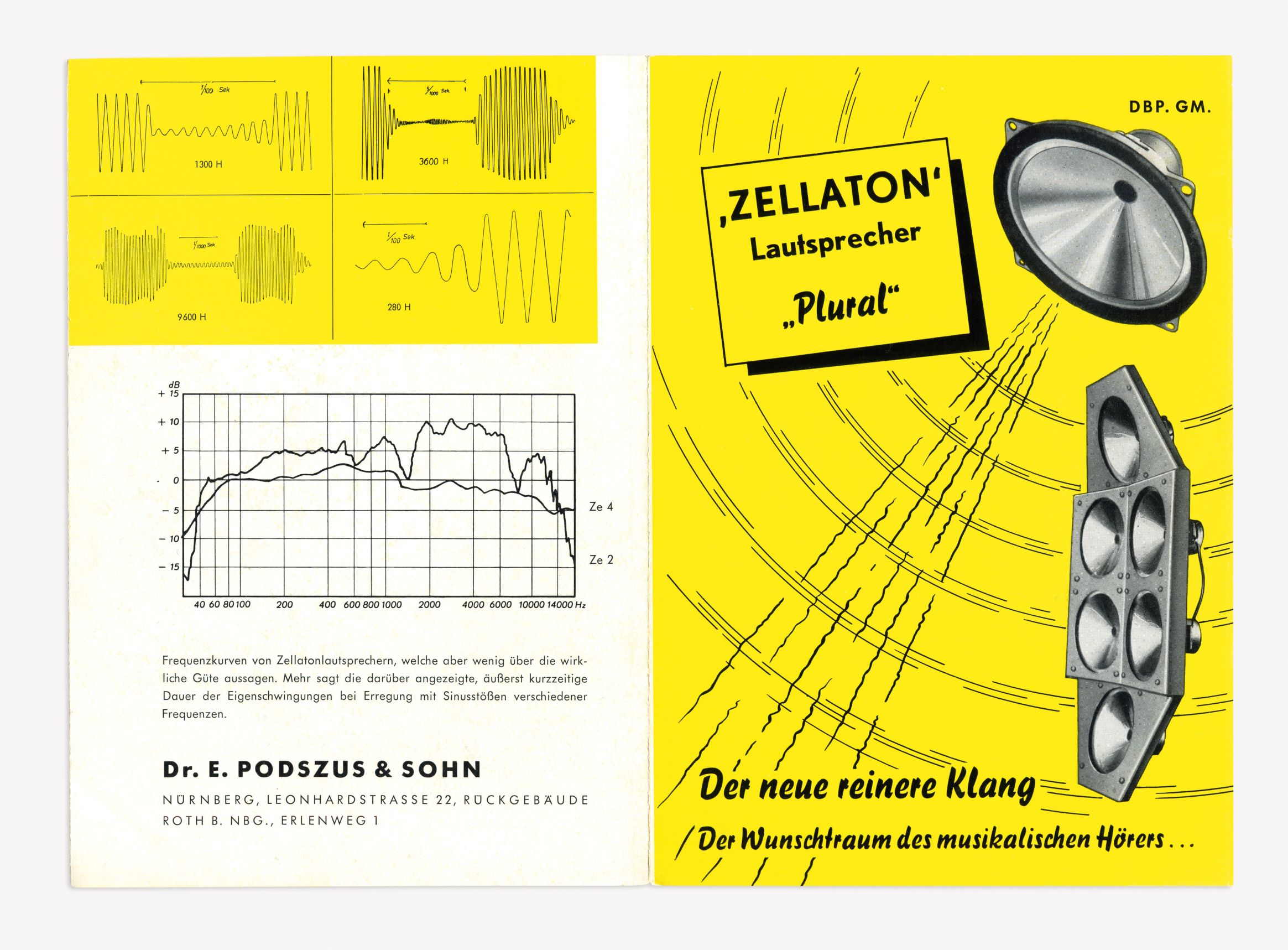 “Behind Jobs is not just any ordinary stereo. It is a collection of state-of-the-art equipment, built in limited quantities to satisfy those seeking a closer connection to the recording studio and artist. This is the high end of hi-fi: an aspirational yet fully realized effort, Schwartz writes.”

Some of us can recall a time when tech status symbols came in much bigger boxes, and often played back recorded music in exquisite high fidelity, creating jaw dropping moments caused by the music in the groove. Some of us may still own such equipment, but few of us could name the gear the Jobs was so proud to have owned. 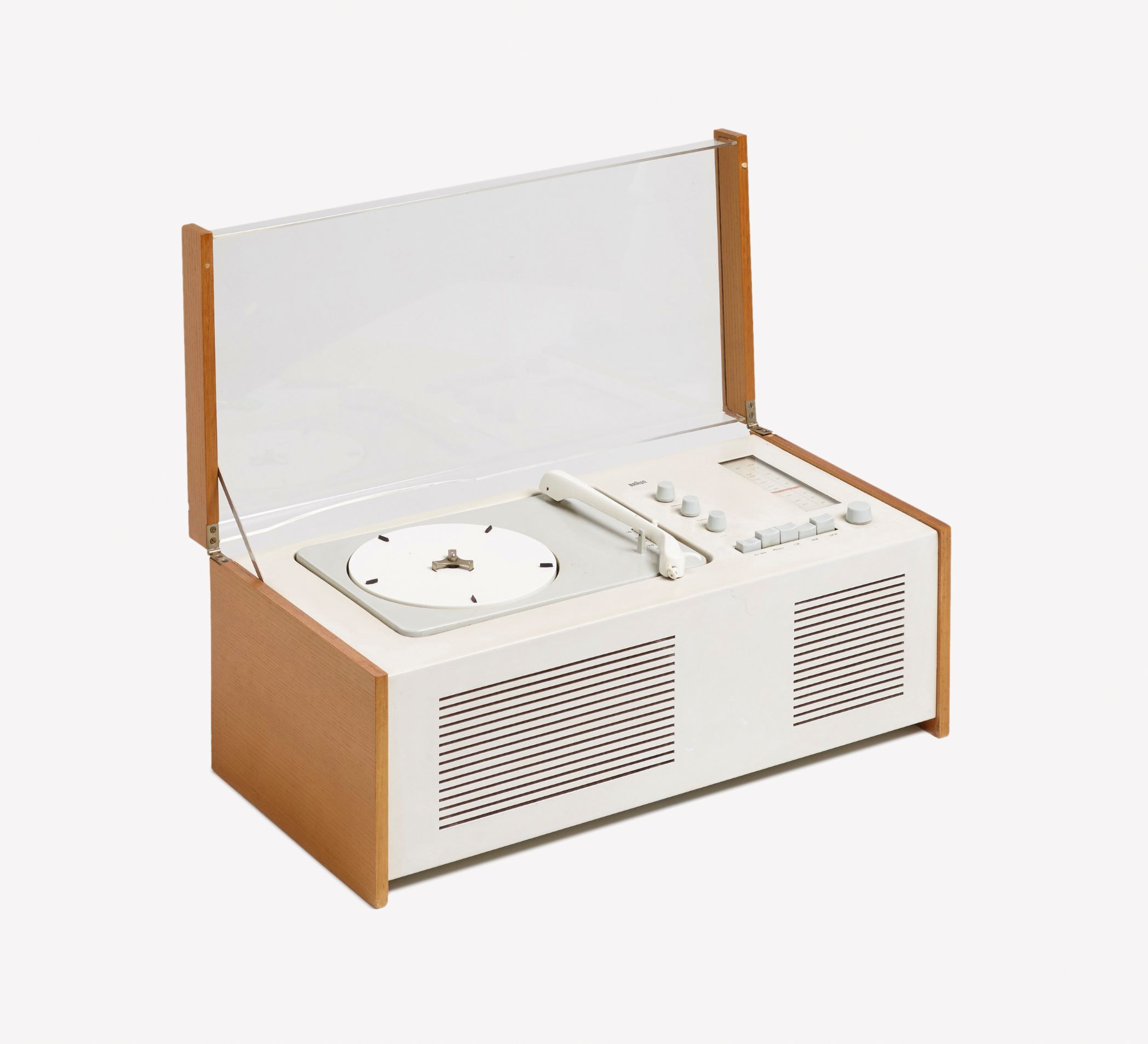 “Jobs’ speakers came from a Florida-based company called Acoustat, which specialized in electrostatic panel designs—quite compelling, as they produce sound from an electrostatic charge, with no woofers or tweeters involved,” writes Schwartz, who is also the founder of ultra-high-end audio equipment company Audioarts, and a self-confessed ‘audio nut’. “Amazingly, sound emanates from an almost invisible panel with no moving parts. That’s a tremendous amount of technology and resources for just any old banal commercial device.” 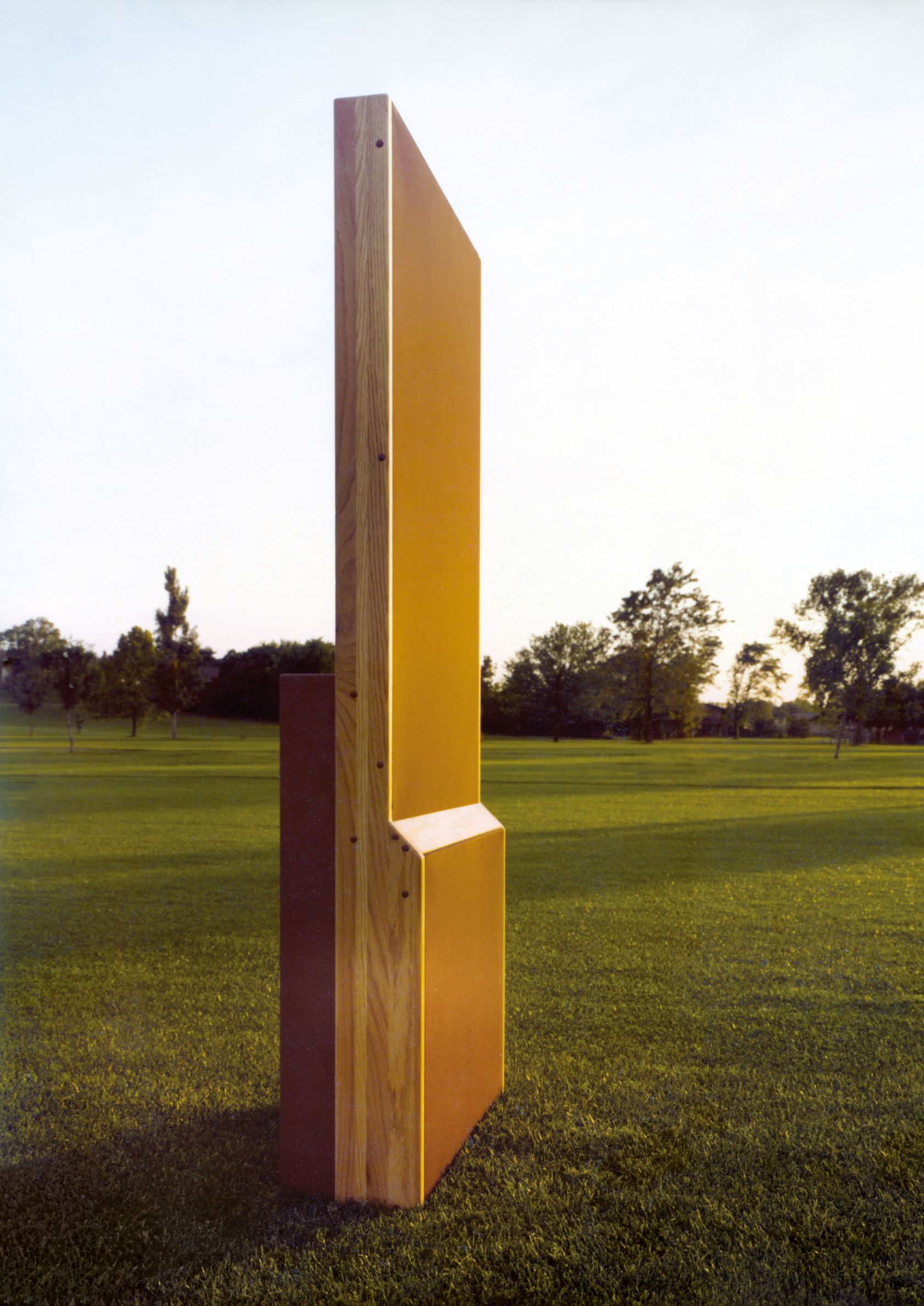 Prototype for the Monolith Loudspeakers, Martinlogan, 1982

Of course, Schwartz knows that high-end hi-fi has never really been banal at all. He opens his fulsome, detailed and heavily illustrated book with a quote from the original hi-fi snob, Thomas Edison, who is on record as saying in 1921, “which do I consider my greatest invention? I like the phonograph best.”

Once that needle has hit its groove, Schwartz is off, detailing the best in late 19th century gramophone and early 20th century wireless sets, before moving on to the substantial, and substantially expensive playback equipment that, to this day, still is among the best ever developed. 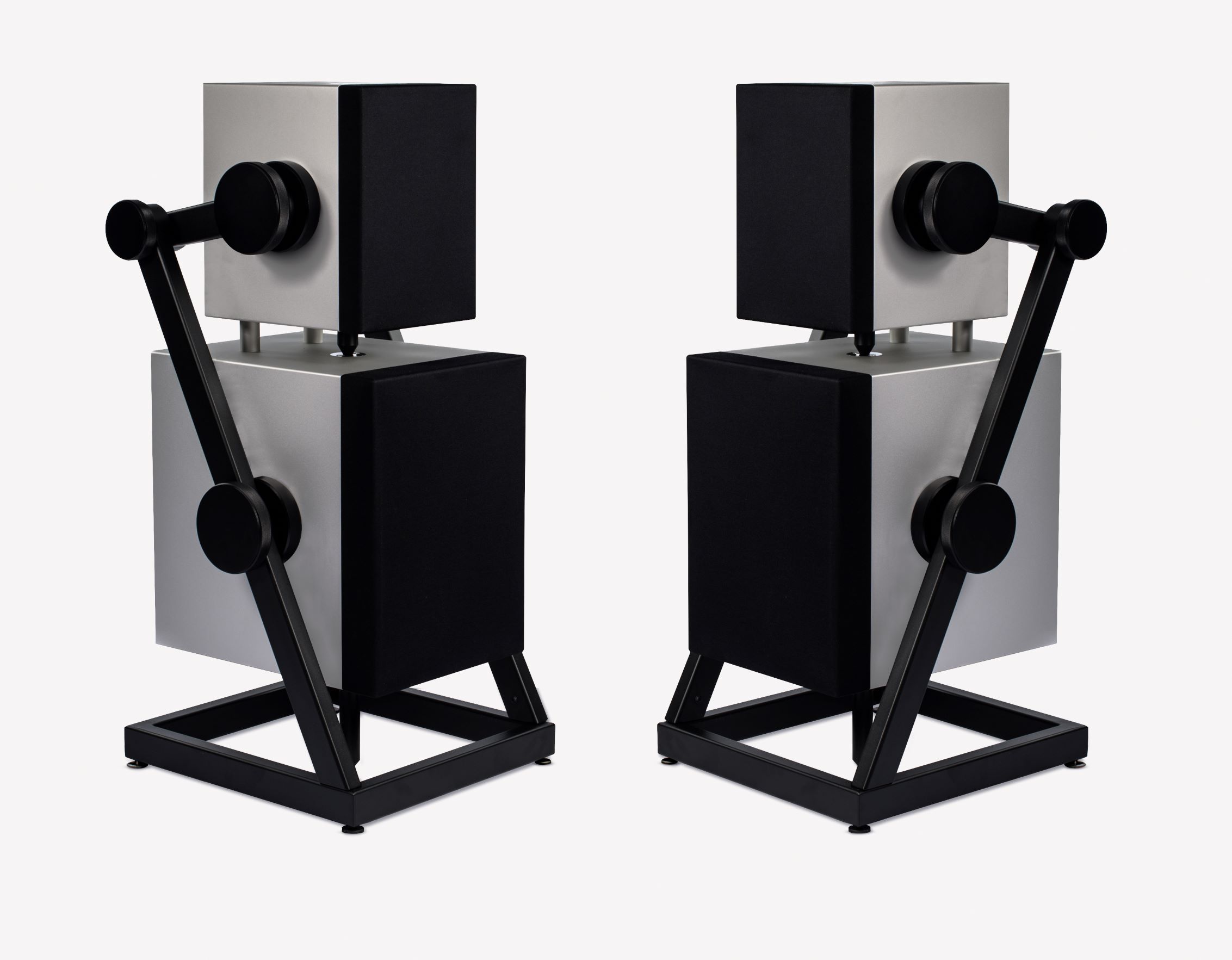 Hi-Fi: The History of High-End Audio Design features the SK Phonosuper Radio and Turntable, developed by Dieter Rams and Hans Gugelot at Braun in 1958; there are the British-built Garrard record players of the 1950s, used by the BBC. Schwartz describes the early, pioneering work of New Yorker Saul Marantz, who, unsatisfied with his domestic radio, removed the wireless from his car and brought it indoors. “Making the car radio work at home was no simple task,” Schwartz writes. “Marantz had to create additional devices to allow it to function, a process that led to the development of his first audio product in 1952: a dedicated preamplifier he called the Audio Consolette.” Now Saul’s surname adorns amplification products across the world.

The book features fine creations such as the Apologue loudspeakers, designed by the Italian artist Claudio Rotta Loria, for the firm Goldmund, which have been displayed at the Museum of Modern Art in New York; and Don Garber, a painter by day and audio craftsman by night, who lived true to his ideals in audio design,” Schwartz writes, creating amps and preamps in the early 2000s that would look more at home in a Laszlo Moholy-Nagy photograph than in a conventional showroom. 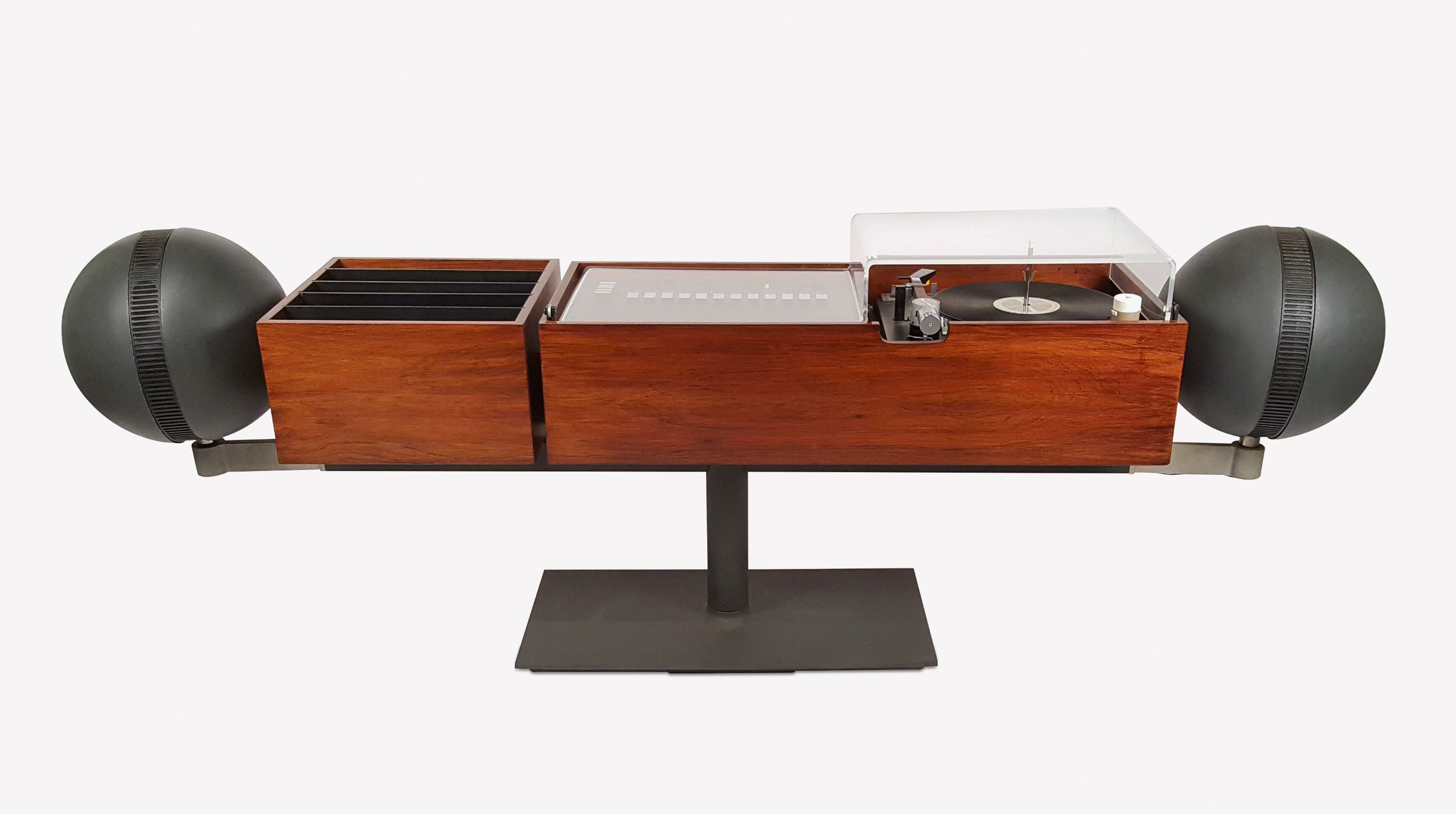 Hi-Fi is filled with small vignettes on audio pioneers, rebels and geniuses, who have, from the age of the wax cylinder right up to our streaming age, found ways to make sound near perfect.

Anyone with a beloved record collection, a CD trove, or an extensive Tidal or Spotify playlist, or just a keen ear and a willingness to get beneath the surface noise, and truly discover how recorded music can actually sound really great, will enjoy Hi-Fi: The History of High-End Audio Design.

The book is also a design lover’s dream, with beautiful creations by well-known names, such as Braun’s Dieter Rams and B&O’s Jacob Jensen, as well as many less familiar, though equally talented individuals who believed that stereo separates could not only sounded great but look great too.

Pop historians can take in an alternative take on music, with the Beatles, Frank Sinatra and Elton John’s music systems depicted in these pages. Oh, and anyone wondering whether that old turntable they've seen in the vintage shop down the road, will be able to learn from Hi-Fi: The History of High-End Audio Design  whether its audiophile trash or treasure thanks to its impeccable index.

To see these creations in greater detail head to the store to pre-order Hi-Fi: The History of High-End Audio Design and be among the first to receive it when it’s published on 30 October. Meanwhile, check out our video below.

A beyond-cool look at the world of high-end audio design for passionate collectors, obsessive audiophiles, and design fans

At a time when sales of vinyl records have hit a 25-year high, and analog technologies are providing the kind of extraordinary audio experiences that our increasingly digital world has started to remove, Hi-Fi is essential reading. This unique book explores just how, when, and why the world fell in love with the look, feel, and sound of top-of-the-line audio equipment.

Hi-Fi traces this fascinating evolution from the 1950s to today (and tomorrow), taking readers right up to the current renaissance of all things analog and the emergence of cutting-edge designs for die-hard audiophiles.

"A showcase of the beautiful designs that set the bar for audio performance... A great read for audiophiles and design fans alike."—Acquire

"Like all other books that bear the Phaidon name, Hi-Fi goes in-depth into the subject matter over the almost 300 page hardcover tome... If you love old school audio as much as we do, it's a must read."—Cool Material

"This unique book explores the current renaissance of all things analog and the emergence of cutting-edge designs for die-hard audiophiles."—Werd

"Hi-Fi may give you a better idea of just why your friend insists that you appreciate the warmth of sound from his record player at every dinner party or why some people are willing to buy speakers from KEF that cost as much as a house."—New York Magazine Strategist

"[The] lavishly illustrated Hi-Fi: The History of High-End Audio Design is the perfect gift... [A] designer's dream of an informative art book."—Chronogram

"Gideon Schwartz's book goes on a visual journey through the innovative world of home stereo design, from the tank-like amplifiers of the ‘50s to the sleek streaming hubs of today. Hi-Fi's 272 pages are filled with photos of iconic systems, including Bose's earliest forays into loudspeakers, and Dieter Rams' famous all-white turntable design for Braun. Warning: Perusing this book may result in eBay-fueled debt."—Wired Online

"This timely tome will appeal to design lovers and audiophiles alike."—Elle Decoration

"A lavish photographic history to stun audiophiles who love the look, feel and sound of analog equipment."—The Globe & Mail

"A bible for discriminating audiophiles and and industrial design junkies."—The Awesomer

"For anybody interested in analog technologies and music, Gideon Schwartz's Hi-Fi: The History of High-End Audio Design offers a deep dive into the history and renaissance of lo-fi audio. Audio fans will be delighted by the countless turntables, reel-to-reels, vacuum tubes, amplifiers, speakers and more."—Cool Hunting

"Some fine examples of the intersection of music and design appreciation are on display."—Core77

"For those who pride themselves on their superior knowledge and taste in audio equipment, this book offers an in-depth history of the evolution of audio equipment."—InsideHook

"Hi-Fi is a quick, easy read... with photos you'll want to linger over."—Stereophile

More on All you need to know about Hi-Fi: The History of High-End Audio Design 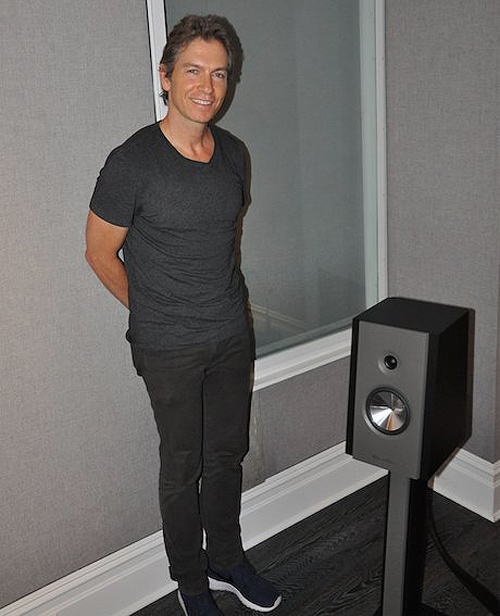 INTERVIEW: Gideon Schwartz on the rise, fall and rise again of high-end hi-fi 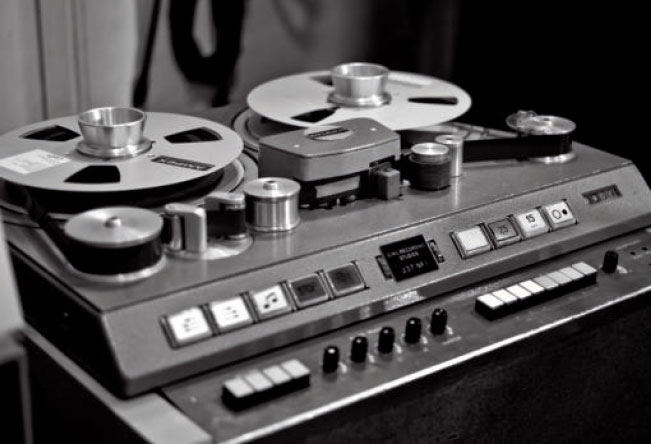 The starry rise of magnetic tape