What to catch at Milan Design Week

Each spring, the world’s most talented designers jet into to Milan to present their best work at Salone del Mobile, the annual Italian design fair, and its associated events, commonly referred to as Milan Design Week; this year, Phaidon authors and designers are putting in a strong showing.

Katachi by nendo for Longchamp

nendo, the Tokyo-based, multidisciplinary design studio, established by Oki Sato in 2002, is one of the more prolific contributors this year; Sato and co are not only repping the new Phaidon nendo monograph, but also an undulating, indoor, meadow-like installation, called Breeze of Light, made with spindly film-topped flowers, for the Japanese air-conditioning company, Daikin; and a new collection of folding handbags, called Katachi, for the French leather-goods house Longchamp. 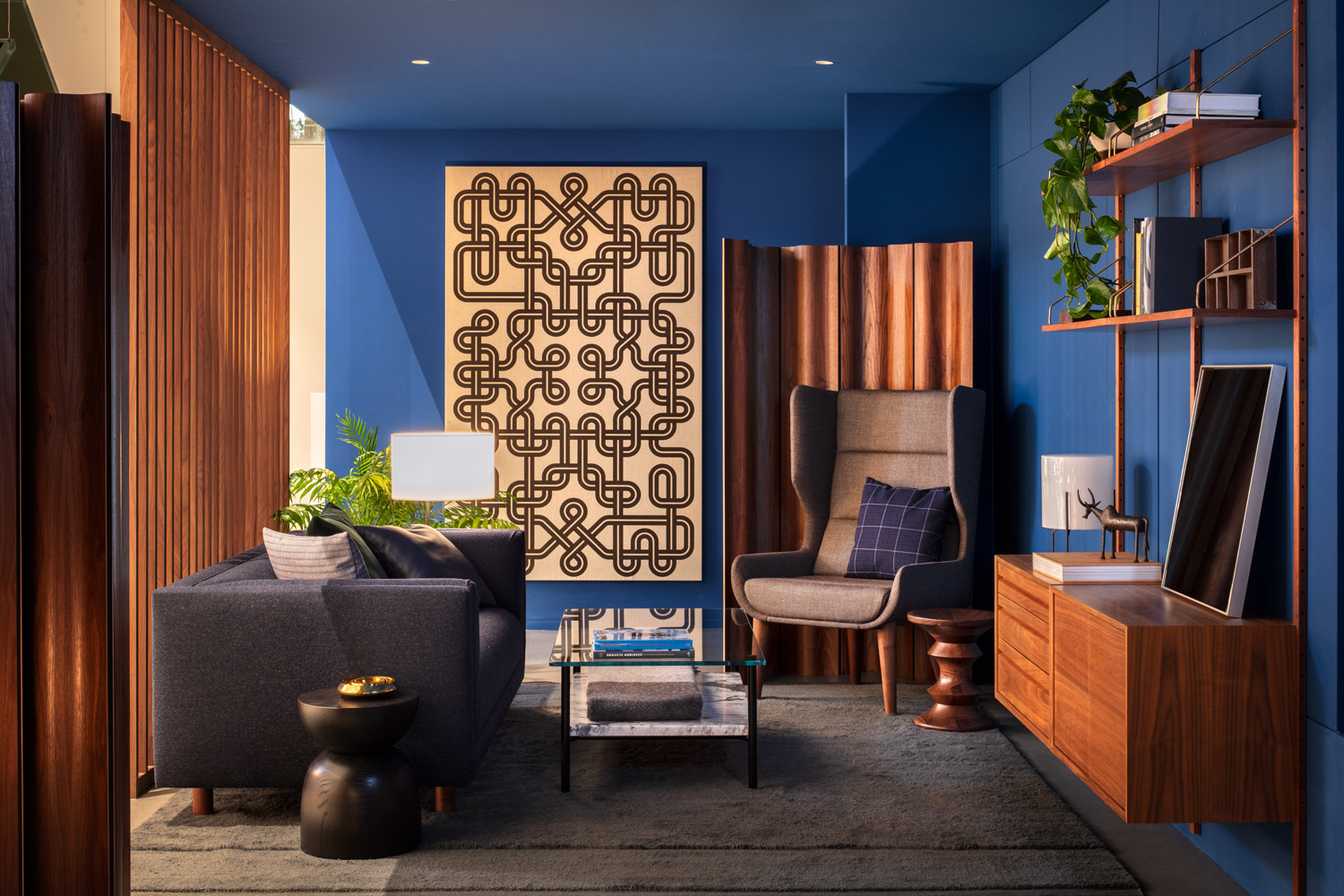 All Together Now by Herman Miller, photo by Nicholas Calcott

The huge US furniture firm Herman Miller has All Together Now, an exhibition that celebrates the various brands within the Herman Miller group; over the past two decades the US firm has acquired quite a few other concerns, and its Milan show is staged to demonstrate the endless possibilities this family of furniture, design, tech, and interior architecture companies now offers. 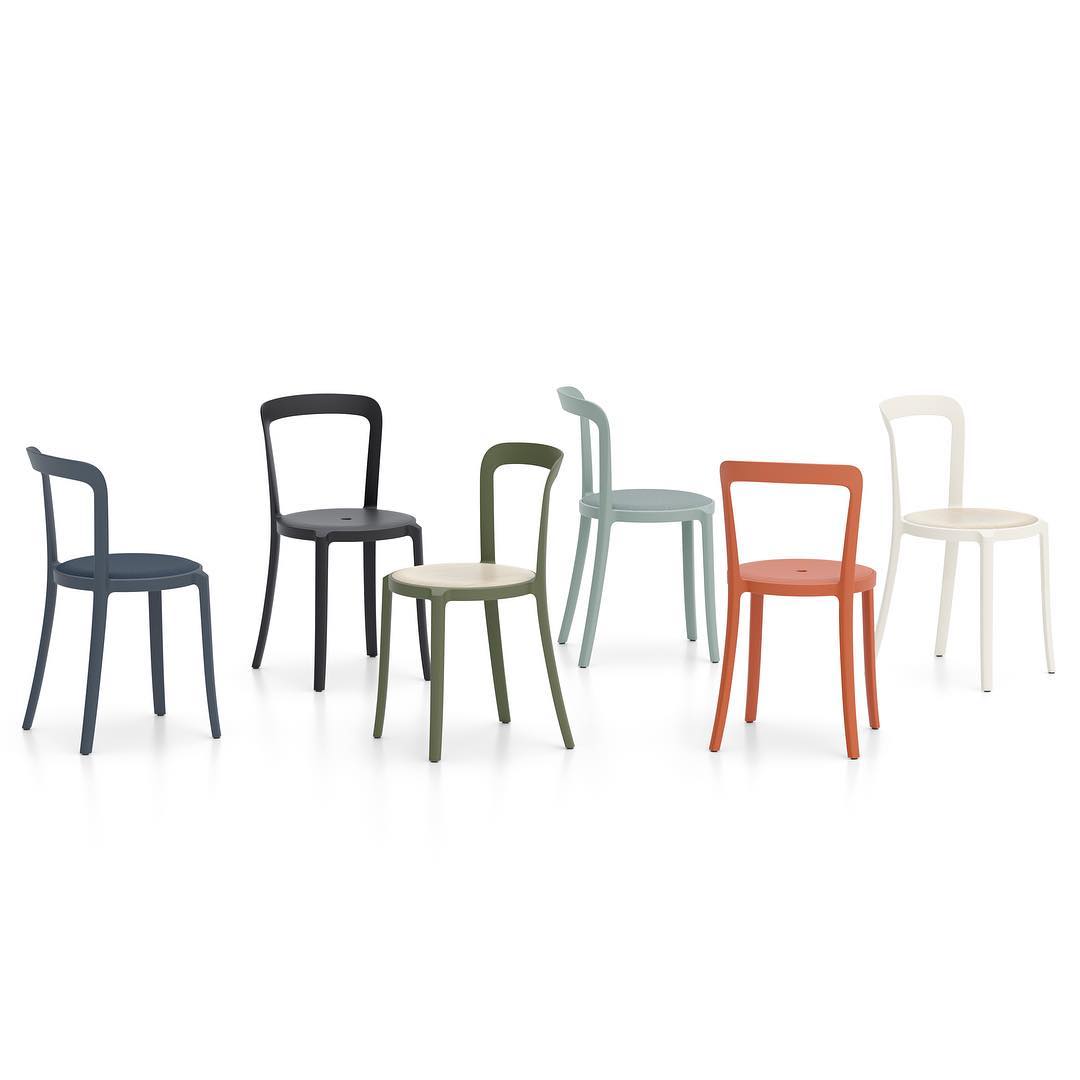 On and On by Barber Osgerby for Emeco

Barber Osgerby, the London-based bards of the chair, have a new seat design at Milan, this time made for American manufacturer, Emeco. Called On and On, it’s a plastic, stacking, café chair, formed from recycled bottles; this particular plastic polymer doesn’t degrade when it’s reworked, so, the pair say, "it can be used again and again.” 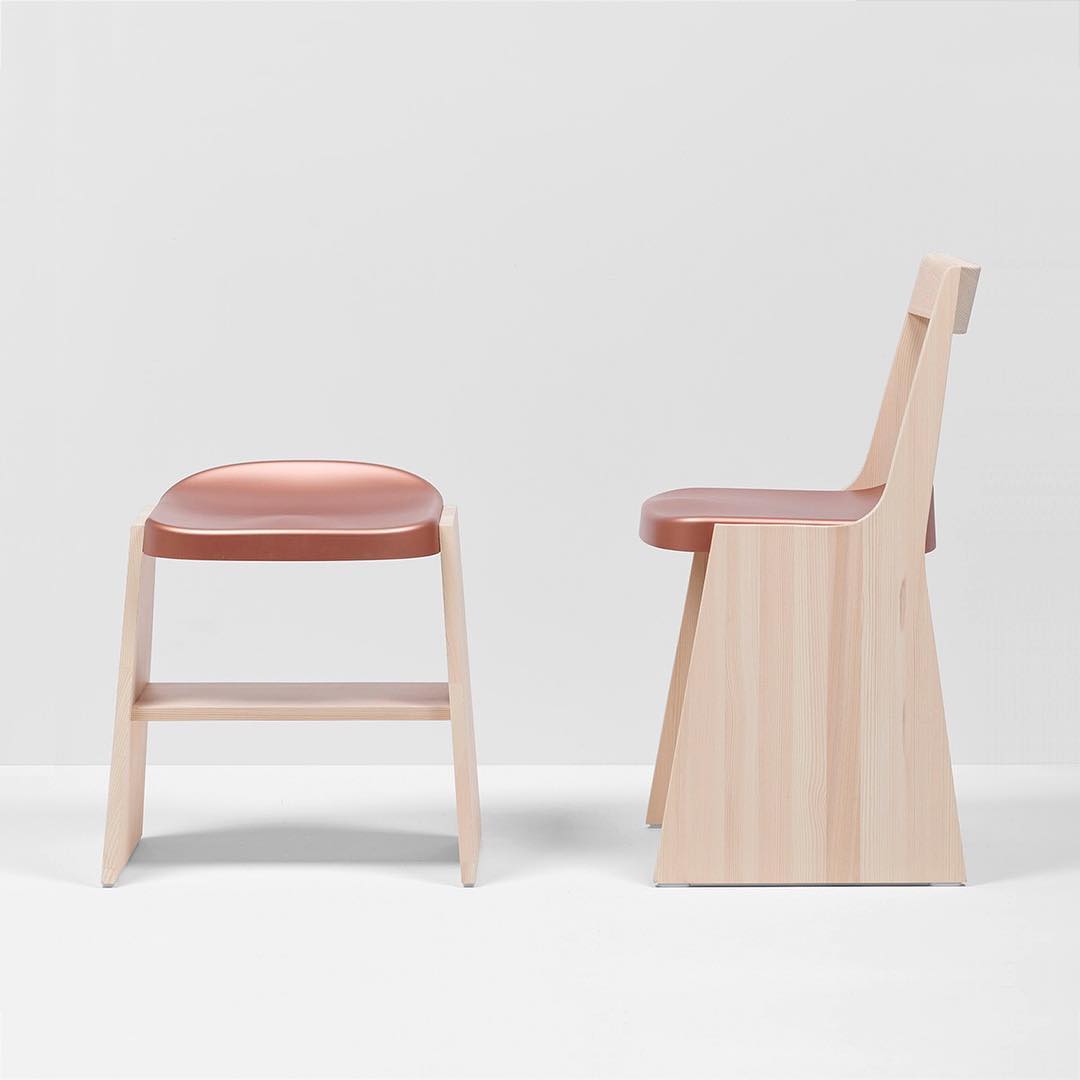 Industrial Facility has used slightly more noble materials for Fronda, its latest project with Italian furniture manufacturer Mattiazzi. This new stool and chair is made from Russian pine, with a pressed steel seat; are both on show at Mattiazzi’s stand, at the Salone, this weekend. 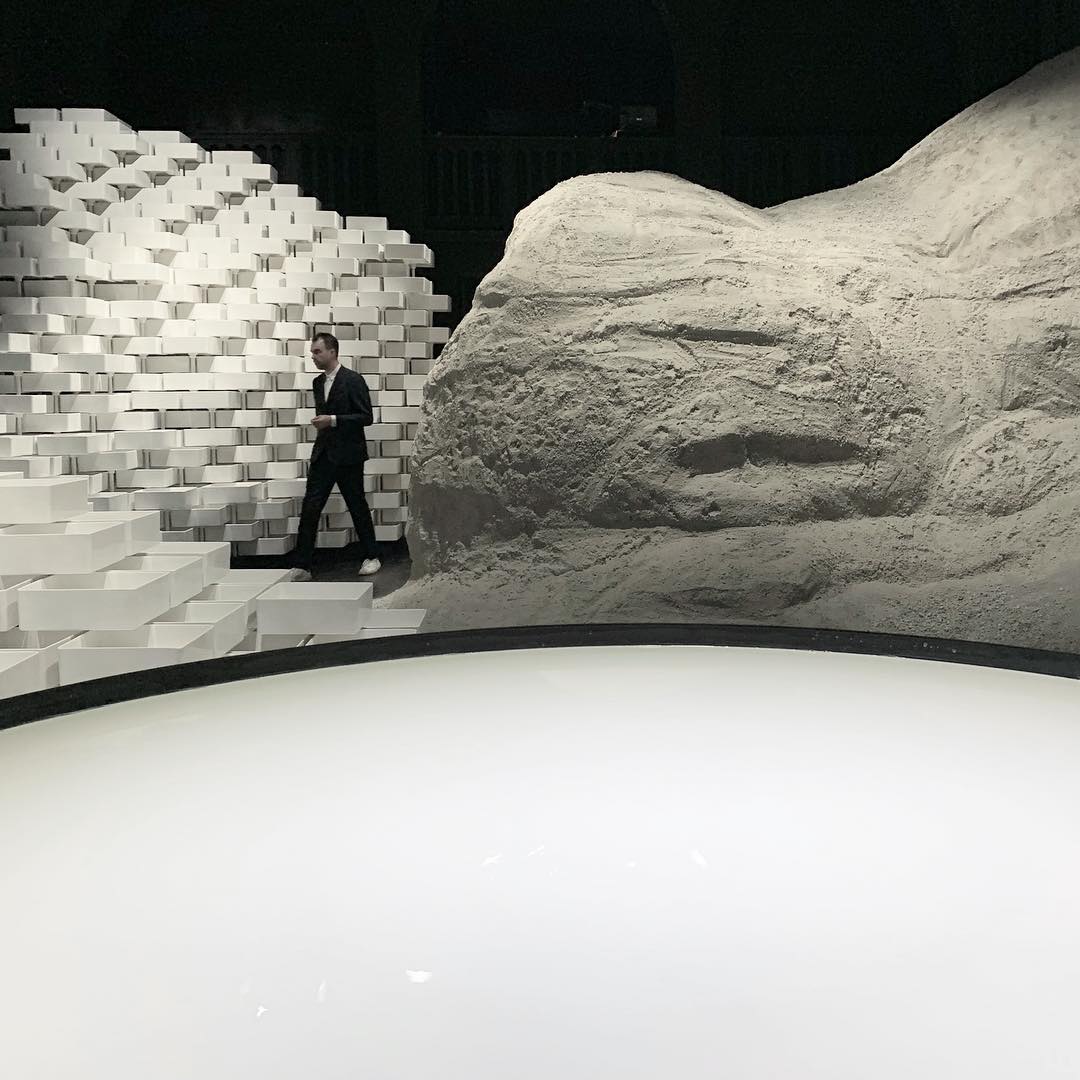 Finally, the NYC not-quite-architecture-not-quite-art practice Snarkitecture has a high-concept installation at the Salone, staged for the Swiss bathroom products manufacturer, Laufen. Entitled Material Message, the show focuses on Laufen’s industrial ceramic production, and uses a staggering 198 tonnes of clay and 701 wash basins to get its message to sink in (if you'll excuse the pun).

Going to Milan? Then don’t forget your Wallpaper* guide; and if you’re not, you can still catch up on all these designers in our store; for Snarkitecture, get this book; for Industrial Facility, get this one; for Barber Osgerby get this title; for Herman Miller, buy this; and for nendo get this excellent new monograph. 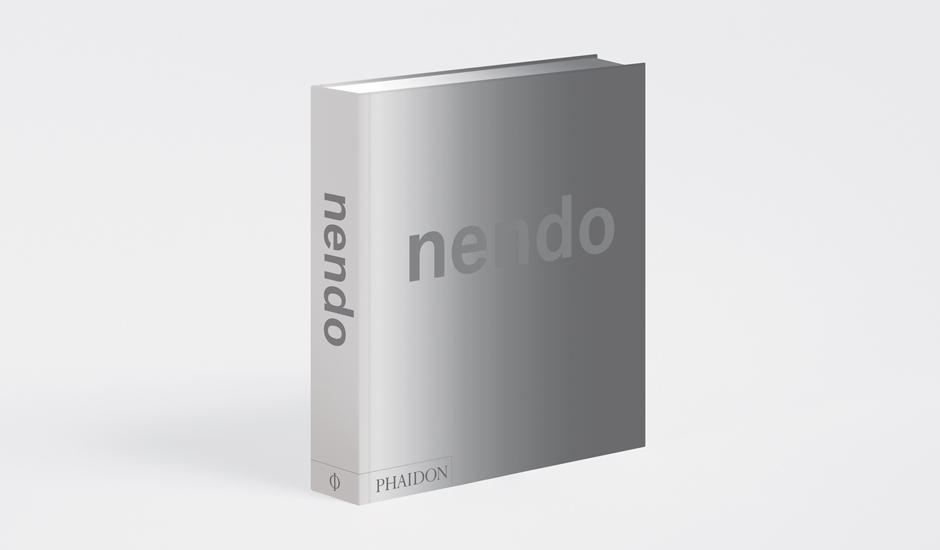 The ultimate monograph on one of the world's most creative, prolific, and legendary multidisciplinary design studios

nendo's extensive, idiosyncratic body of work flows seamlessly across disciplines, and is executed in every medium imaginable – from paper clips to watches, shoes, chocolates, glassware, and furniture, all the way up to store interiors and freestanding architecture. Featuring more than 1,000 images that trace the studio's evolution and prolific output over a 15-year period, this visually rich and fascinating survey offers exclusive insight into the playful, simple, enigmatic, but always expectation-confounding designs from one of the industry's biggest names.

nendo is a Tokyo-based, multidisciplinary design studio, established by Oki Sato in 2002. Notorious for its prolific output (an astounding 100 products are said to be released by the studio each year) nendo is the recipient of numerous awards and its work is held in collections worldwide, including the Museum of Modern Art, New York, the Centre Pompidou, Paris, and the Design Museum, London.