In 2015, the London Design Museum's Design of the Year award was given to Donald Ingber and Dan Dongeun Huh's Human Organs-on-Chips, small digital devices that accurately emulate human–level organ functions, offering drug researchers the potential to trial drugs without risk to the lives of real patients.

Could a simple, low-tech porcelain collection clinch the same prize? That’s the hope of the Dutch couple Stefan Scholten and Carole Baijings, known professionally as Scholten & Baijings, whose work for the Japanese porcelain company 2016/ has been included in the product category for this year’s show, opening at London’s Design Museum 24 November, and an overall award, which is usually presented towards the show’s end, early next year. 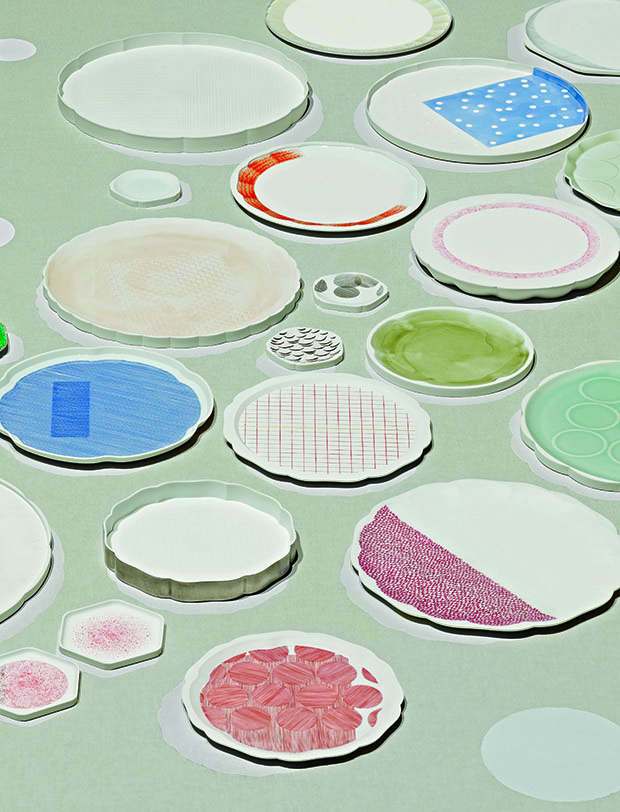 2016/ is a new brand that employs the traditional potters of Arita, southwestern Japan, where Japan’s porcelain production first began, 400 years ago, in 1616. These distant, traditional artisans might seem unlikely collaborators for Scholten & Baijings' highly technical production techniques – in 2012 they produced a concept car for Mini with clear, resin wheels. 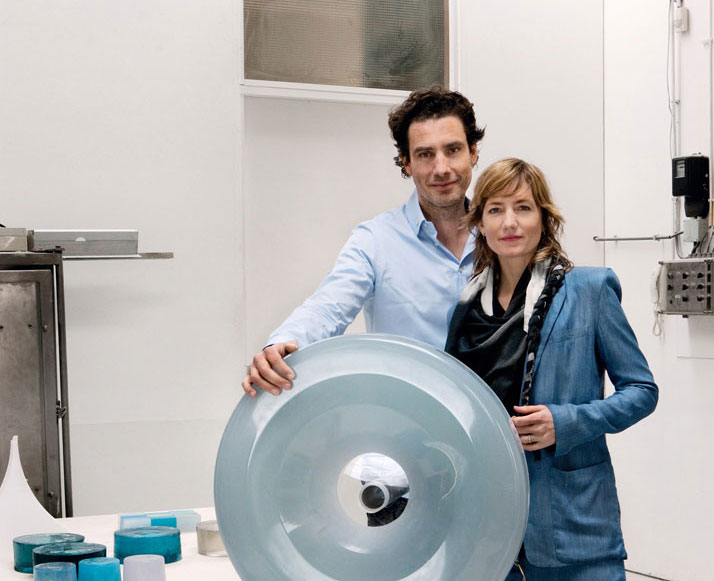 Scholten & Baijings with their resin wheel

However, the pair also like to include customary techniques and historical references in their work. The Dutch East India Company was the first trading organisation to bring Japanese porcelain to Europe, and this link, between the Arita and the Netherlands is alighted on in Scholten & Baijings’ work for 2016/, which sees the pair produce their own Arita range, and, as art directors, introduce other international designers, such as Stefan Diez, Wieki Somers, and the Swiss agency BIG-GAME, to the Japanese potters. 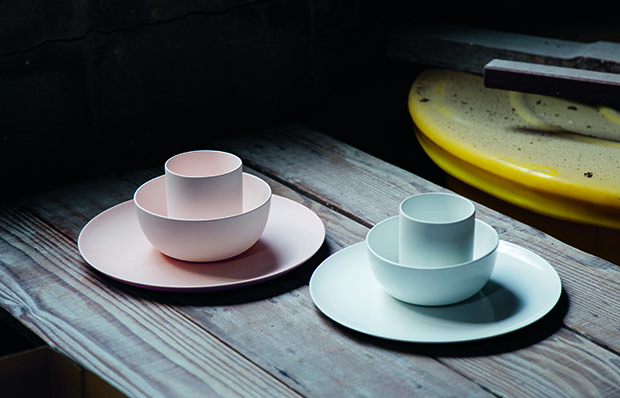 Together they've created an incredibly varied and colourful range of pieces, which capture European design sensibilities, as well as the craft and proficiency of Arita’s potters.