Small creative London agency Hat-trick knows the tricks of the trade when it comes to stamp design. The acclaimed sets featuring Brunel, Darwin and Rescue at Sea were the work of their studio, and now they’ve produced five-year’s worth of stamps for the WW1 centenary.

With the Great War 1914-1918 Special Stamps, half a dozen stamps a year will be issued. They have been designed along six subjects, explain Royal Mail: poppies, poetry, portraits, arts, memorial and artefacts.

These subjects are a way to explore six pertinent themes, such as the way that artists, writers and painters interpreted events, the role of non-combatants and civilians, the Commonwealth’s contribution, the role of the military, and that of women. 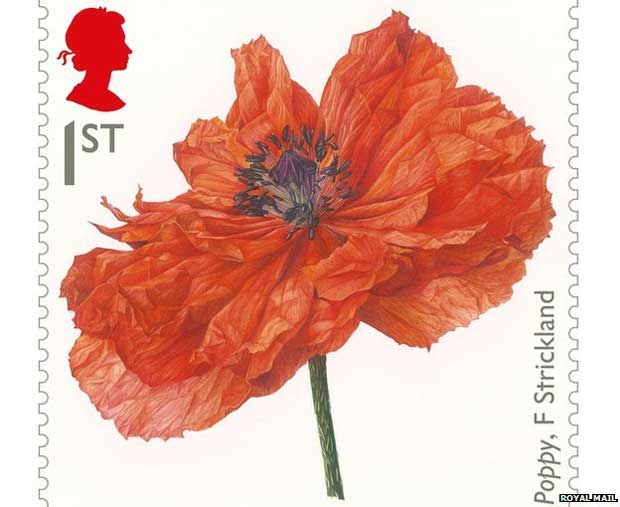 Hat-trick commissioned artists to rethink that symbol of the conflict, the poppy, and an illustration by botanical artist Fiona Strickland, the illustrator of our How to Boil an Egg book will feature on a First Class stamp. Howat explains that “later in the series, they’ll become more abstract interpretations.”

Meanwhile, to interpret war poetry, typographers were brought in, including lettering artist Gary Breeze. He carved the words from a WW1 poem onto a slab of stone. 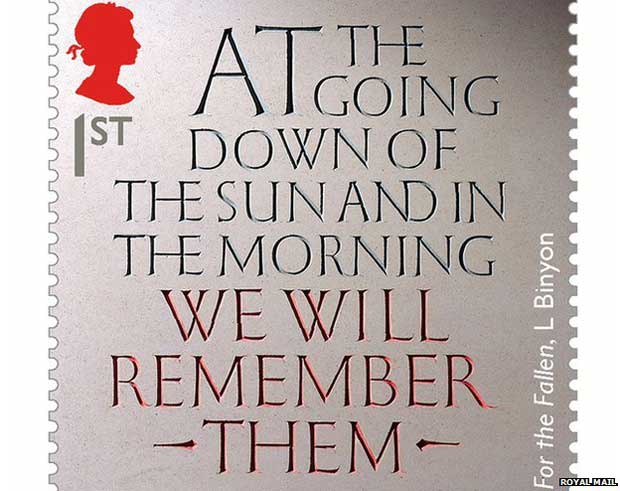 Gareth Howat, co-creative director at Hat-trick describes stamps as art in miniature. “When you design stamps there is an unbelievable amount of detail that goes into it – it looks deceptively simple but it’s a real labour of love – and so it should be.” 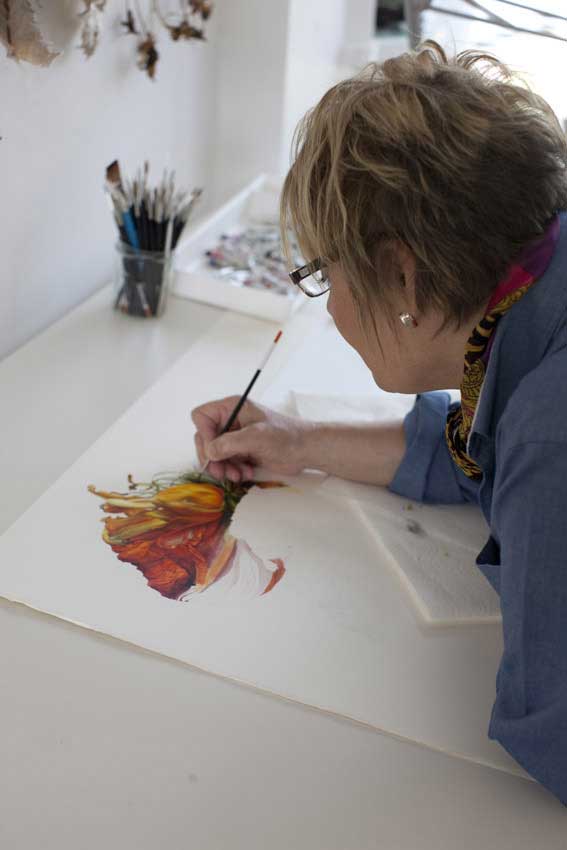 How to Boil an Egg Rose Bakery

How to Boil an Egg Etc, is a collection of simple and unusual recipes for cooking eggs from Rose Bakery. Renowned English chef Rose Carrarini of Rose Bakery has chosen her favourite classic and contemporary ways of using eggs, including all the basics like poached, scrambled and fried eggs, as well as muffins, pancakes, tarts, gratins, cakes and puddings. One of the most complete and nourishing of ingredients, this book shows how tasty and versatile eggs can be.

This book will enable you to master the basics of cooking eggs as well as recreate some of the most popular dishes served in Rose Bakery, from breakfast classics such as pancakes and French toast to afternoon treats such as Welsh Tea Cakes, Walnut Cake and Orange Crème Caramel, as well as soups, quiches and tarts perfect for a light lunch.

Rose Carrarini and her husband Jean-Charles set up the original Rose Bakery, a small Anglo-French restaurant, shop and bakery, tucked away in a street near the Gare du Nord in Paris in 2002. Serving simple, fresh and healthy meals, their food blurs the boundaries between home and restaurant cooking.

Over 90% of the products served in the cafés are made on the premises with the best ingredients: Rose uses as much organic and locally sourced produce as possible, and has reduced the sugar content in her cake recipes to make them healthier without sacrificing flavour, texture or pleasure.

Rose's approach to food proved very popular with the locals, who crowd into the shop on weekdays, choosing from the lunchtime display of salads, vegetable tarts and pastries displayed on the shop’s counter, and line up on weekend mornings for a full English breakfast or a plate of pancakes.

Breakfast, Lunch, Tea, published by Phaidon in 2006, introduced this hidden gem and the philosophy and style of its creator Rose Carrarini to a wider audience and since then Rose has opened branches of her bakery in London, Seoul Tokyo and Tel Aviv, each serving her signature light and healthy food. Specifications:

Rose Carrarini opened Rose Bakery, a small Anglo-French bakery, shop and restaurant in Paris with her husband Jean-Charles in 2002, with the aim of serving fresh, simple and healthy food. Rose’s philosophy and approach to food proved extremely popular and there are now branches of Rose Bakery in London, Paris, Tokyo, Seoul and Tel Aviv.

"Few things are as uniquely gratifying as knowing how to cook an egg—an organic egg! This charming and beautifully designed collection of recipes is simple, pure, and wholly delicious."—Alice Waters, chef and owner of Chez Panisse

"This book it not just Rose Carrarini's homage to the egg, the most humble and the most glorious ingredient there is; it also unveils the secrets behind some of the wholesome, vibrant foods she serves at Rose Bakery, one of my favorite lunch hangouts in Paris."—Clotilde Dusoulier, ChocolateAndZucchini.com

"This is the kind of thing I would love to have for breakfast every day."—Oscar de la Renta, fashion designer, The New York Times Style Magazine

"The recipes in How To Boil An Egg are easy without feeling like you're working from Cooking for Dummies."—The Stylist

"Rose Carrarini, proprietress of fashion-world favorite Rose Bakery in Paris (and sister-in-law to Rei Kawakubo), serves up How to Boil an Egg, a stylish new cookbook boasting 84 ways to transform the breakfast favorite."—ELLE

"From Courgette & Tomato Gratin to Eton Mess, Carrarini positions the modest egg - organic, bien sur - as our most versatile of culinary border crossers. How to explain the restorative power of a British bakery in Paris... Make a tart yourself, and see."—Vogue

"When in doubt, we eat an egg. Rose does too, and she's teaching us all the ways we can make them gloriously delicious."—DomesticSluttery

What to Bake & How to Bake It