The dream job is often one that starts off small and just keeps on growing. But in those circumstances, designers know that it’s often about making your own luck. In 2011 Abbott Miller, partner at the world-class Pentagram design studio, was asked to rework the website for one of the world's oldest and biggest auction houses, Sotheby's. However, once he began work Miller soon realised that Sotheby's challenge lay beyond a simple site redesign. As Miller put it, "a broader review of all communications materials was needed". 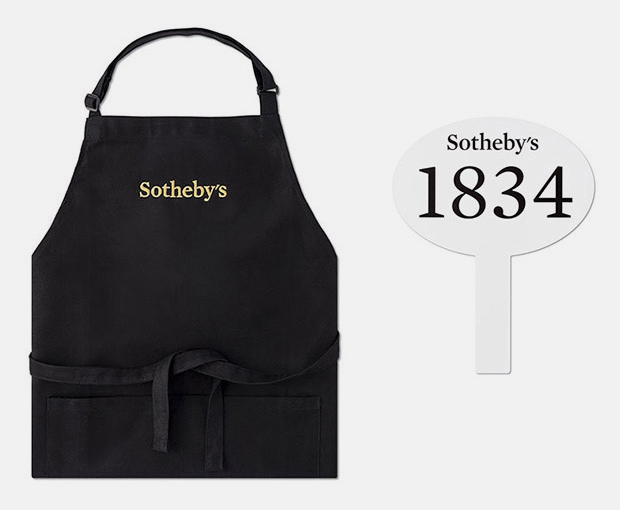 Pentagram reworked all aspects of Sotheby's branding, including its auction paddles

Over the last few years, Pentagram has redesigned everything from the logo, website and app to the stationery and related print collateral, auction catalogues, Sotheby's magazine, advertising and promotions, signage and environmental graphics, and even auction ephemera, such as aprons and bid paddles.

Like other big auction houses (including Bonham's and Phillips), Sotheby's had in recent times introduced a san serif logo, partly in an attempt to give the company a modern look. 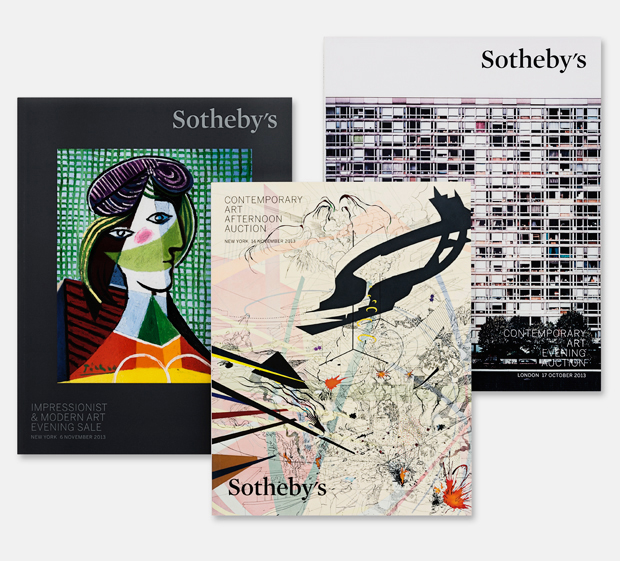 "But what happened was they kind of severed their connection to this really historic lineage," explains Miller. "The font felt neutral and not very elegant, cold and disconnected, and didn't conjure the sense of the stature of the organization."

Miller's logo in the serif font Mercury is an attempt to be "more like how Sotheby's should've looked all along," he says, "We wanted a kind of 'click' moment, when suddenly Sotheby's just felt more like itself." That is a company with its roots in 1740's London, its HQ in New York, and salesrooms in Paris, Zurich, Milan, Geneva, Beijing, Hong Kong and Doha. 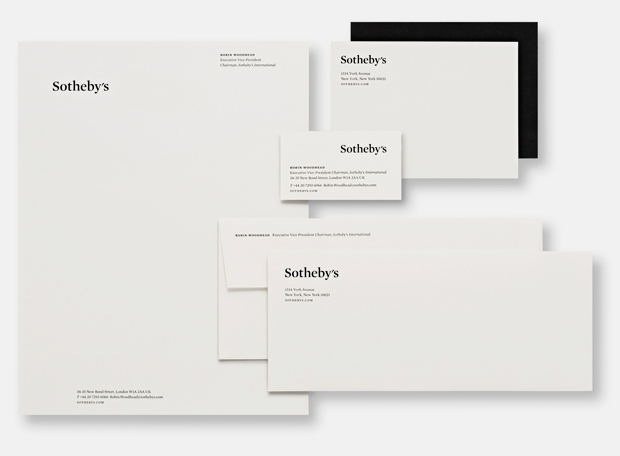 To complement the new logo, Miller commissioned the type designer Akira Kobayashi of Monotype to draw custom Chinese characters for Sotheby's Hong Kong wordmark. Quite an improvement, no?

Find out more about this here, on Pentagram's own, beautifully produced site. For more on the firm itself, consider our brilliant Alan Fletcher books; Fletcher co-founded Pentagram in 1972 and was, for many years, Phaidon's much-loved Art Director.

Beware Wet Paint Commentary by Jeremy Myerson, with an interview by Rick Poynor and a pen portrait by David Gibbs

A founder of the leading design firm Pentagram, Alan Fletcher is considered by many in the graphic design world to be a contemporary master, known for his sharp and unerring sense of style. From the initial brief to the often award-winning outcome, here are over 100 of Fletcher's design solutions.

Grouped into thematic chapters for instructive reference, the projects demonstrate Fletcher's lithe and lateral jumps, his skills and techniques and his ability to fuse interpretation, aesthetics and function with apparent ease. The commentary shows how each individual graphic idea was developed, giving insights both into the particular project and into the way in which the design process can be manipulated. Designed by Fletcher himself, Beware Wet Paint offers a vibrant description of an artist at work.

Jeremy Myerson is Professor of Design Studies and Co-Director of the Helen Hamlyn Research Centre at the Royal College of Art in London, and former Editor of Design Week and of Creative Review.

Rick Poynor writes on design and the visual arts. He is founder and Editor of Eye magazine, the acclaimed international review of graphic communication, from 1990-7. His books include Typographica, Obey the Giant: Life in the Image World, Profile and No More Rules.

David Gibbs has been editorial consultant to Pentagram since the 1970s. He is the editor of Pentagram: The Compendium, also published by Phaidon.

"Fletcher probably gets bored with always being on the receiving end of praise, but his work is simply terrific - buy this book."—FX

"One of the best graphic design books ever published."—Critique