The thought-provoking illustrations of Sara Fanelli

Oscar Wilde's line about the truth being "rarely pure and never simple" is a favourite one for llustrator Sara Fanelli. Fanelli was born in Florence and studied at The Royal College of Art in London. Her illustrations have appeared in The New Yorker, Tate and promotional material for designers such as Issay Miyake and Ron Arad. She has twice been the overall winner of the Victoria & Albert Museum's illustration award and been awarded three D&AD pencils.

In keeping with Wildes dictum, her forthcoming, charmingly illustrated, children’s book - The Onion’s Great Escape - urges young (design conscious) readers to muse on profound topics as it poses a series of thought-provoking questions. In the process, a three dimensional character emerges and the successful child pushes an onion out of the pages - literally, the onion's great escape. It's a rather clever idea and a way of instilling in an impressionable mind the value of philosophy. We caught up with her at the weekend to ask her about it and how she likes to subvert corporate contexts with her childlike, “messy handwriting.”

How did you approach the Onion project?
The onion character has accompanied me for years and has appeared in different media and contexts before. When I was planning a 'disappearing book' I realised that the onion shape would make a good three-dimensional volume, so I decided to have the onion as the main character of the book. In making books, I often start from an image or a visual world and then develop a story — this was definitely the case for the Phaidon book. The idea of layers and peeling seemed to go hand in hand with questioning, trying to get to the essence of things, and meanwhile progressing through a journey out of the book! As for the questions themselves, the way children look at the world with fresh eyes and playfulness and hunger for knowledge and understanding seems to me to be perfectly fitting the category of matters that adults might define as philosophy. 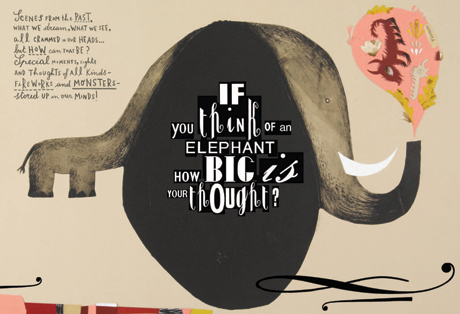 Think of an elephant

You've won a ton of awards, what's the one you're most proud of?
As I work very much on my own, any positive response is an important encouragement. The first award for which I won first prize has a special memory — I was 21, and I didn't know if I would ever be able to pursue the dream of being a freelance illustrator, so it gave me hope. Also, I was extremely moved when I received a 'prize on top of a prize' from the Victoria and Albert Illustration Award, as they awarded me for having won and being short-listed a few times before. Finally, I am very much flattered and grateful for having been made an Honorary RDI (Royal Designers for Industry). 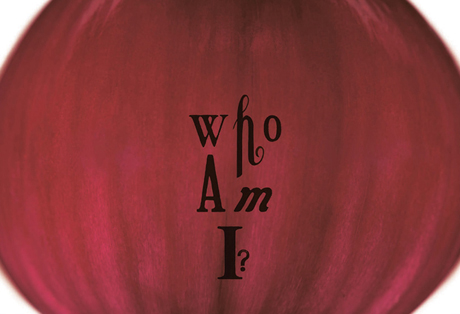 __What's it like when you see your work in places like Tate Modern and big name institutions?
I feel extremely honored to have some of my work somehow in Tate. Yes, it does feel strange when I see what has been created in a very intimate environment - my studio- exposed to a large public. I very much like the contamination of potentially too clean, corporate places with hand made marks. Unfortunately the scale of the walls meant that the artwork had to be reproduced in vinyl rather than painted directly, which makes it less real, less messy. But the first impression hopefully retains a little bit of a surprise. Marina Willer art-directed the work that was created in collaboration with Ab Rogers who designed the 2005 Tate refurbishment, so they were the important link that let the “messy” handwriting appear in a corporate context. I have worked in other big spaces, but these where mostly theatres, so it was a bit less unexpected to find my interventions there.
__ 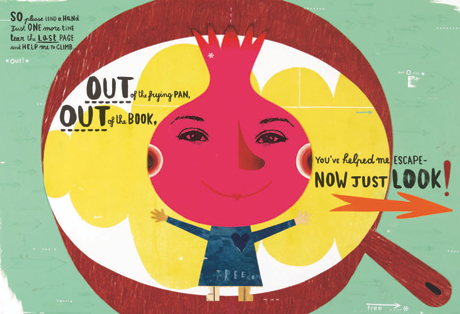 You helped me escape

Where do these images come to you?
I don't know exactly where the images come from. They probably come from working on other images, it is an organic process. Specifically in regards to the onion, the very first time I drew it was for an illustration in a book of poetry: Christopher Reid' s All Sorts. He had translated a poem by Mallarme' and there was a wonderful line in it, "To write a weepy poem try onion juice," which started my onion obsession. 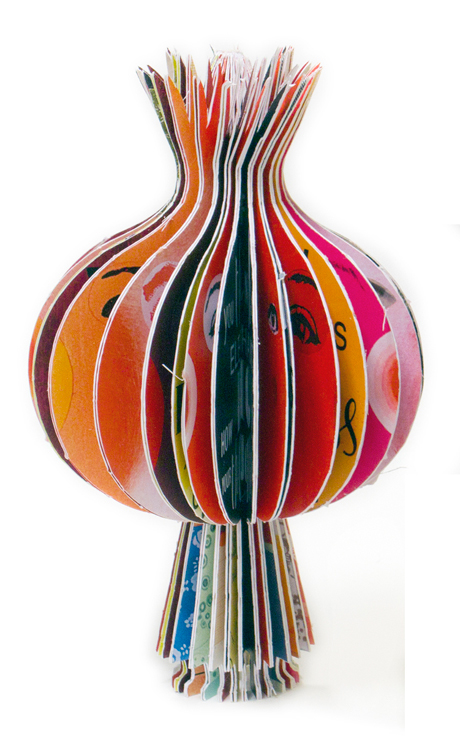 The Onion’s Great Escape is available for Pre-Order from Phaidon now. See a video of the three-dimensional cutouts and interactive play here. If you like the interactive concept of The Onion, why not introduce a youngster to the ‘Game of’ series of Phaidon children’s books, which includes The Game of Let’s Go - an imaginative game of storytelling and adventure for little children illustrated by best-selling illustrator, Hervé Tullet.

Sara Fanelli was born in Florence. She came to London to study art, and has been working there as a designer and illustrator since graduating from the Royal College of Art in 1995. She divides her time between self-generated projects and commercial illustration commissions from a wide range of international clients, including the New Yorker, Penguin Books, Faber & Faber, Tate Modern, The Victoria & Albert Museum, Ron Arad, Issey Miyake, the New York Times and the Royal Mail. She has written and illustrated a number of children's books, and her work has been exhibited in venues around the world. She has twice been the overall winner of the Victoria & Albert Museum's illustration award and been awarded two D&AD pencils.

"Sara Fanelli's The Onion's Great Escape is a book which discusses 'us': who we are inside, how we think and what makes us tick. Sara gets us to consider some interesting questions, for example, 'would you be different if you had a different name?' and 'can your memory become full?' and with each turn of the page she gives us another press-out image to slot together and assemble. What gradually appears is a three dimensional paper onion, the onion of course being a metaphor for the 'self'. Every question in the book represents a new layer and the layers build up to make an onion figure which represents 'you'. Here the artist uses colour, collage and letterforms to create something deeply personal."—Lauren Child, BookTrust

"The Onion's Great Escape is no ordinary children’s story. Tear along perforated lines and each beautifully-drawn page peels away; by the last page, the book - by Italian illustrator Sara Fanelli - folds into an onion. More alluring in real life than it sounds, and no smell."—The Independent Saturday Magazine

"A new conceptual activity book by artist Sara Fanelli, from Phaidon Press, is an absolute surprise. Not only because it's a marvelous work of quirky design, offbeat collage, and whimsical paper engineering, but also because of the unexpected philosophical questions and imagination stretching exercises it asks kids to engage in."—apartmenttherapy.com

"A truly unique idea from Sara Fanelli: an activity book like no other. There are thought-provoking questions to answer and the reader needs to think, then write, draw or doodle their ideas. At the end, by pressing out pieces of the book, they will have a beautiful paper onion."—The Bookseller

"Possibly the most remarkable children's book I've ever seen, a combination of philosophy and origami (yes, really) that urges young readers to 'think about what you know, not just what you've been taught'... Astonishing."—ABC magazine

"The book is wonderful for those reluctant readers who need to get their hands into their work. Clear illustrations show how to pull the onion from the book and turn it into a toy. When the "engineer" is done with the book, he or she will end up with a colorful, non-smelling (!) onion friend."—San Francisco Book Review

"A cross between illustration, philosophy, and paper engineering... The Onion's Great Escape. challenges the limitations of reading as an interactive experience."—Cool Hunting

The Game of Mix and Match

The Game of Light