For both the British artist Sarah Lucas and the Austrian neurologist Sigmund Freud, sex was and is important. But the route from the libido to the artist’s finished works isn’t as direct as some might assume. Consider Lucas’s 2000 exhibition, Beyond the Pleasure Principle, which was staged at the Freud Museum in London. Here’s how Lucas describes its origins in our new book.

I was invited by [curator] James Putnam to make an exhibition at the Freud Museum in London,” she explains in  Sarah Lucas Au Naturel, which serves as the catalogue for the current New Museum show of the same name. “I had delved into Freud a bit, via Jacqueline Rose and Juliet Mitchell, mostly case studies and short things. The short book Beyond the Pleasure Principle was my favourite. It made me laugh – his language, the “oceanic feeling,” and his adoption of the penis to make a symbolic point."

It's the perfect text for a bolshy, provocative artist such as Lucas, and a good organising princple for a show that was put together at fairly short notice. 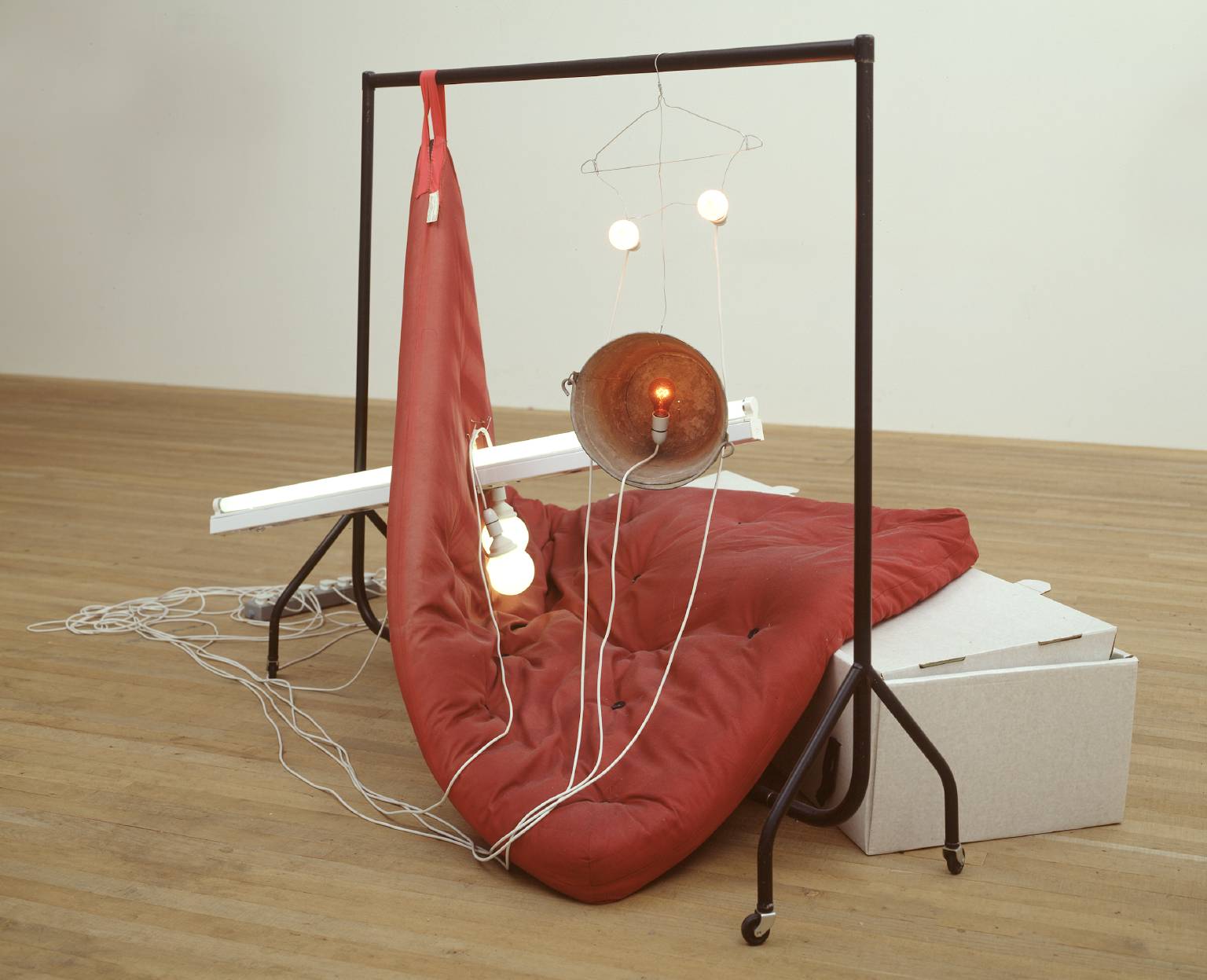 Beyond the Pleasure Principle (Freud) (2000) by Sarah Lucas. From Sarah Lucas Au Naturel

“As far as I remember, I only had a couple of pieces ready to go when he asked me; it was a bit short notice,” the artist says. “These were two papier-mâché Bunny chairs, one covered in mouths, one in eyes, cut from tabloid newspapers, known as Hysterical Attack (1999). The rest of the show was a case of running with the ball. 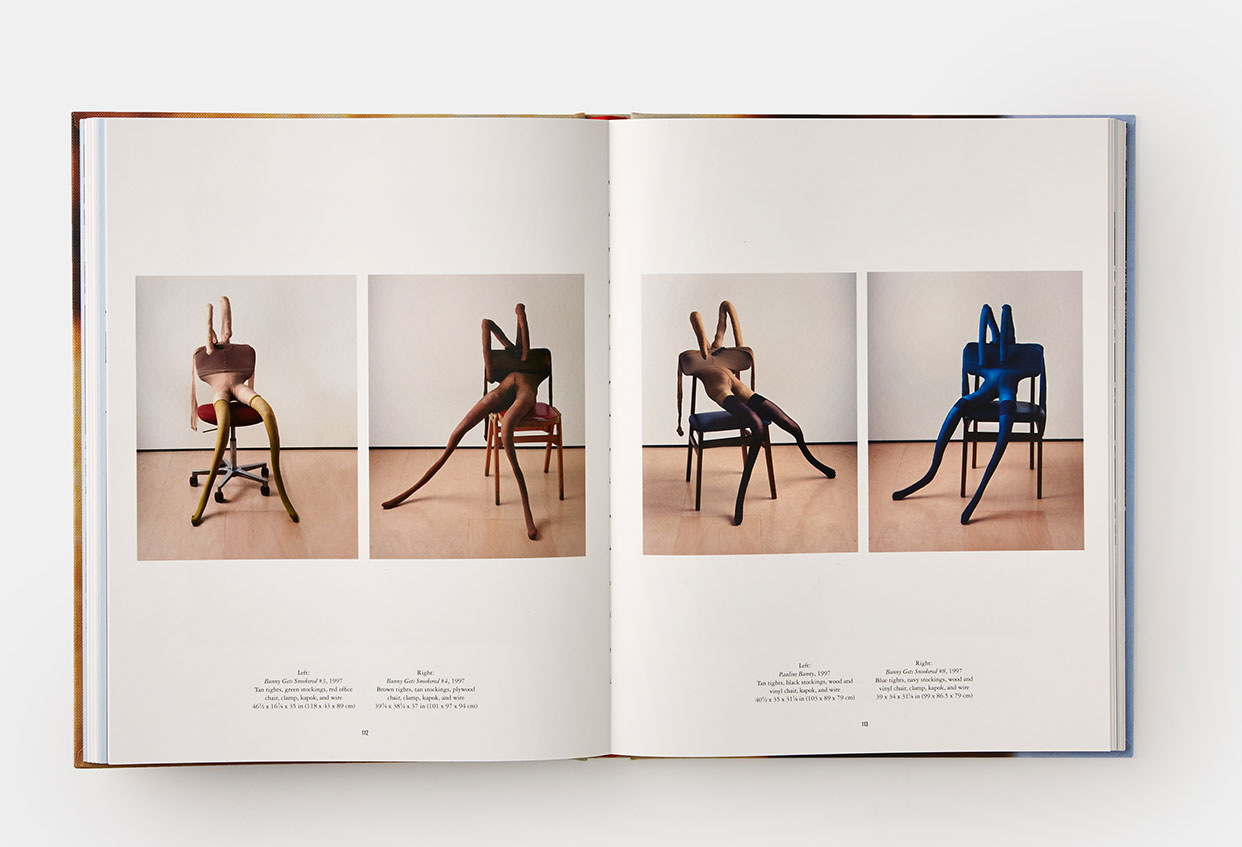 "We had about a week or maybe five days. I had permission to customise some of Freud’s furniture, the domestic stuff in his kitchen. The museum was also his home in London. I put a bra and pants on on a chair with light bulbs in the bra and a vest, and pants on another. I moved the female chair to the dining room table top. The male chair sported a five-foot fluorescent tube from his Y-fronts, which pointed at her. I called this The Pleasure Principle (2000).

"James and I went trawling around furniture shops. I bought a red futon, which I slung over a clothes rail, adding a fluorescent strip through a slash in the material, a bucket with a light in it, and a couple of round bulbs for breasts. Then I added a cardboard coffin, also with a light in it. This became Beyond the Pleasure Principle (2000). 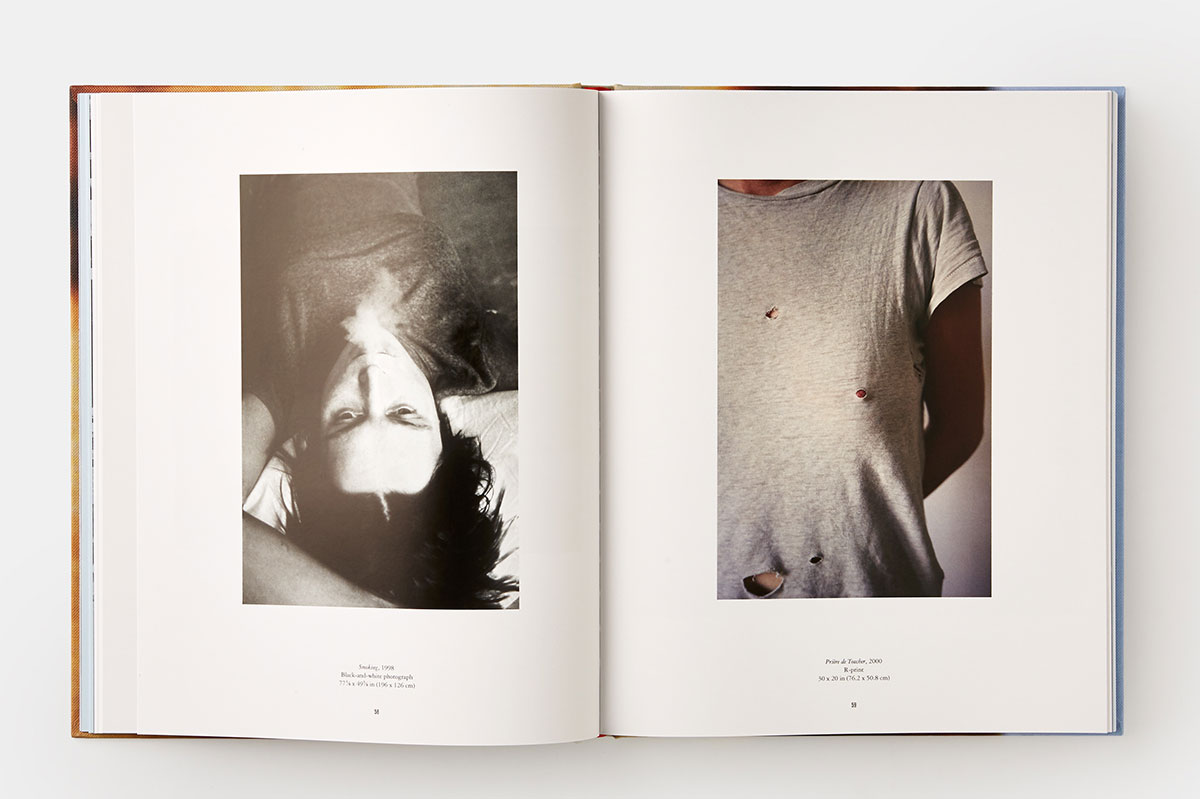 But that wasn't the end for Lucas. Some sexy serendipity came into play also. “Sometime before, getting out of bed one morning with Angus [Fairhurst, fellow artist and former partner], he’d noticed that my right nipple was showing, stuck in a hole in my t-shirt," she writes. "I suppose the nipple had worn the hole in it. It was quite an old t-shirt, as a lot of things of mine were then. He grabbed my camera and took a picture, fairly close up. There was only one shot left. I put the film in for developing.

"I can’t remember what was on the rest of it. I liked the picture and decided to get it printed in the max size available with the printer I used then, about six feet wide, I think. I’d forgotten about it but got a call from the printer saying it was done while we were installing at the Freud. So I got it there and, miraculously, it fit exactly in the alcove space above Freud’s consulting couch.” 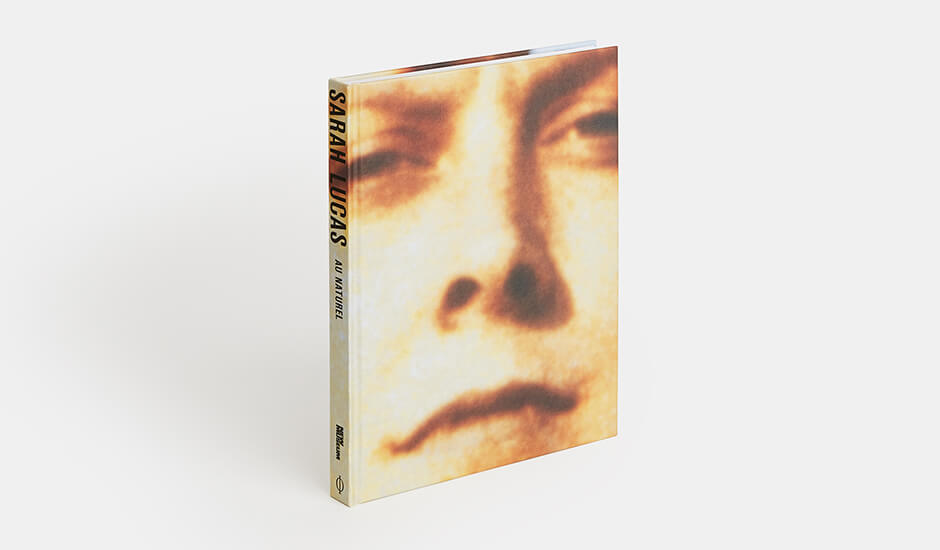 We wonder what Sigmund would have made of that. For deeper insight into her life, art and motivations order a copy of Sarah Lucas Au Naturel here.

"[Lucas] makes work like Picasso, putting everyday things together in unexpected and powerful ways. I would say she's the most important of the YBAs, but her work goes way beyond that small group. She's the greatest artist I know."—Damien Hirst, artist

"Lucas prefers a wink and a nod to polemical browbeating, and her witty commentary on contemporary life is more powerful for that."—Artforum

"One of the most important living artists in the UK."—Iwona Blazwick, director of the Whitechapel Gallery, London

"Lucas is always looking for something, without ever knowing quite what it is, and this lies at the core of her art, in which objects are always on the brink of transformation, neither crude nor mystical, ordinary or powerful, but somehow and impossibly both."—T: The New York Times Style Magazine 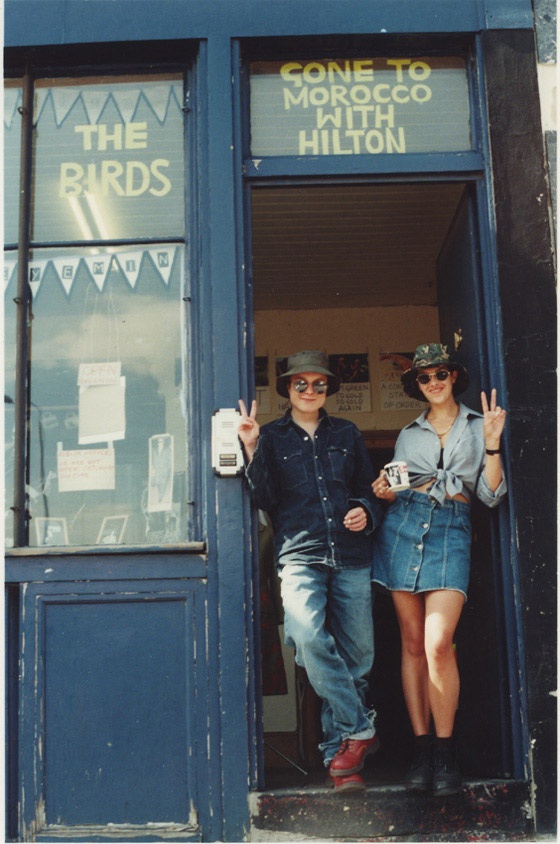 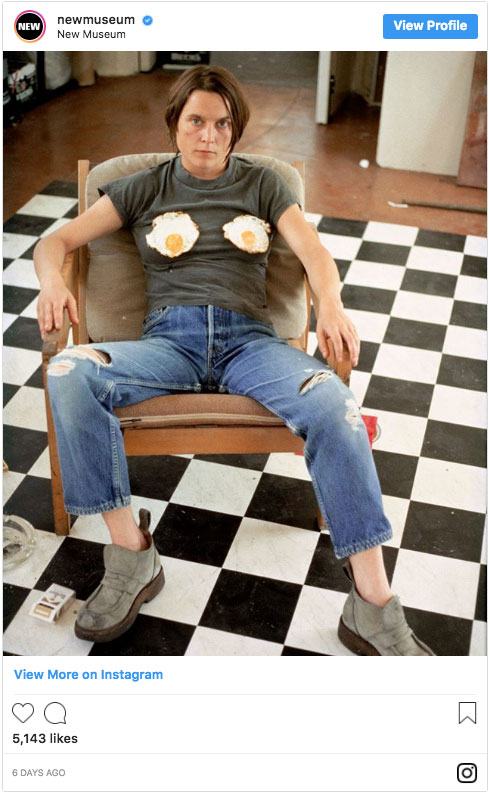 What is it with Sarah Lucas and eggs?